I have mentioned SPX 1088 in the past few weeks – so, what’s the big deal about that number? Well, for the bears it most likely marks the end of the Dark Ages and the beginning of the Big Reckoning which (after a lot of fun) will lead to a new Renaissance based on real values and stringent limits on over leveraging. With some luck the Big Reckoning ends with a big bang along the lines of banksters being tarred, feathered, and carried out of town on a rail. Or something more entertaining – use your imagination. 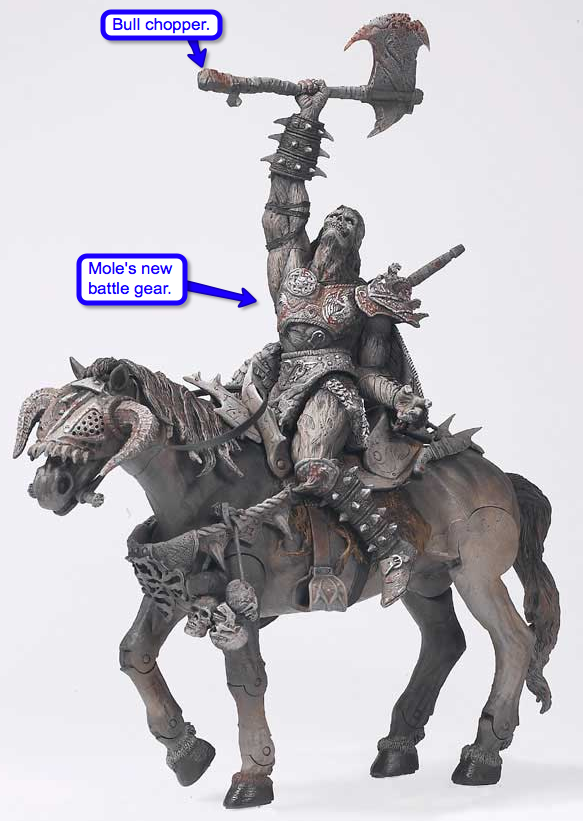 What do you think? Am I properly dressed for the occasion? 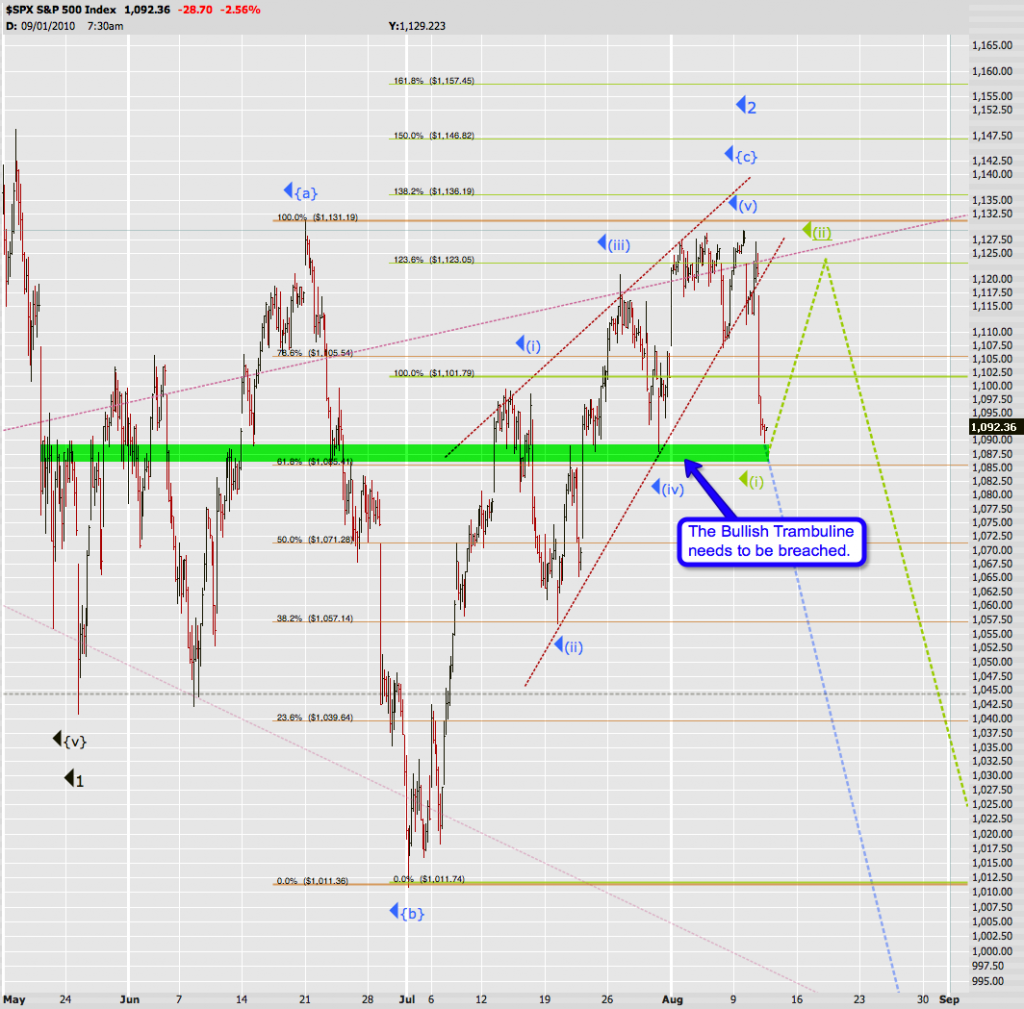 The drop today has lowered the odds for that last push to 1060 I was expecting. Can’t say that I’m sorry about that as you all can imagine. But the time cycle suggesting a roll over around the 15th may still spell true if we get a milder version of the fake out DarthTrader has been suggesting. Here’s the grand idea:

Soylent Blue has us straight down from here. And you know what that means – the effervescent trampoline (sorry, I spelled it the German way on the chart) at 1088 needs to be taken out for that to happen. And the force is strong down here as there is a cluster going back several months.

Soylent Green has us bounce here for another fake out to the upside. The bulls will see that as the dip preceding a strong up move, so it should be fast and scary for the bears. However, if it plays out I expect the 1125-1130 to serve as strong resistance. Should that be breached then the bears are in a world of hurt and I would have to scrap the medium term wave count for something else.

However, the odds are now shifting back to the bears – the time cycle has us roll over mid August and there’s nothing but downside looming ahead for a while. The bulls missed a great opportunity to stick it to the grizzlies one last time – and in the context of today’s long candle down it looks like the ending diagonal is complete and we that we may be at the onset of Minor 3 of Intermediate (1) of Primary {3}. 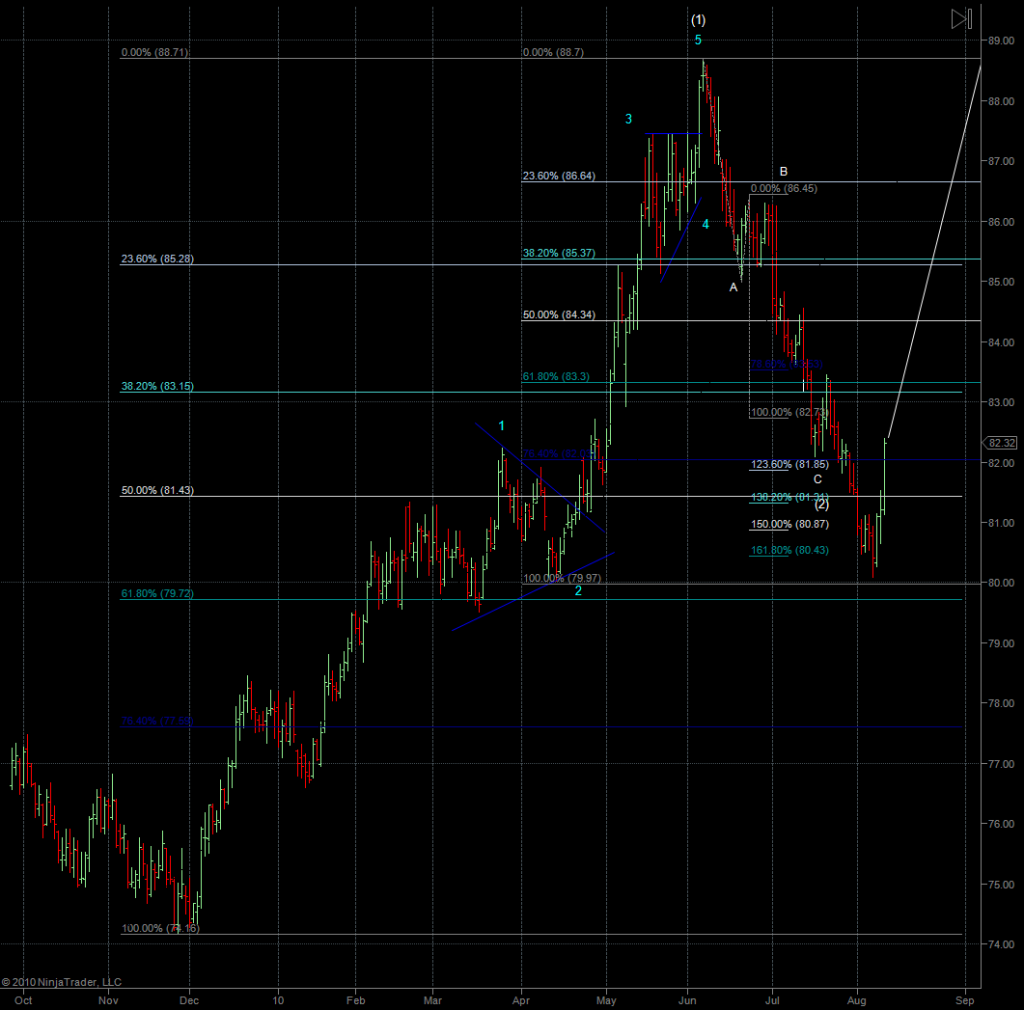 Old bucky is doing its part and it seems that after registering 6% Dollar bulls it was finally ready for a snap back. Wave C turned out to be a 1.618 multiple of wave A – which I have to admit was about the maximum I allowed before considering a more ugly future for the Dollar. With some luck we’ll get a nice short covering rally here which should also serve as head wind for equities. 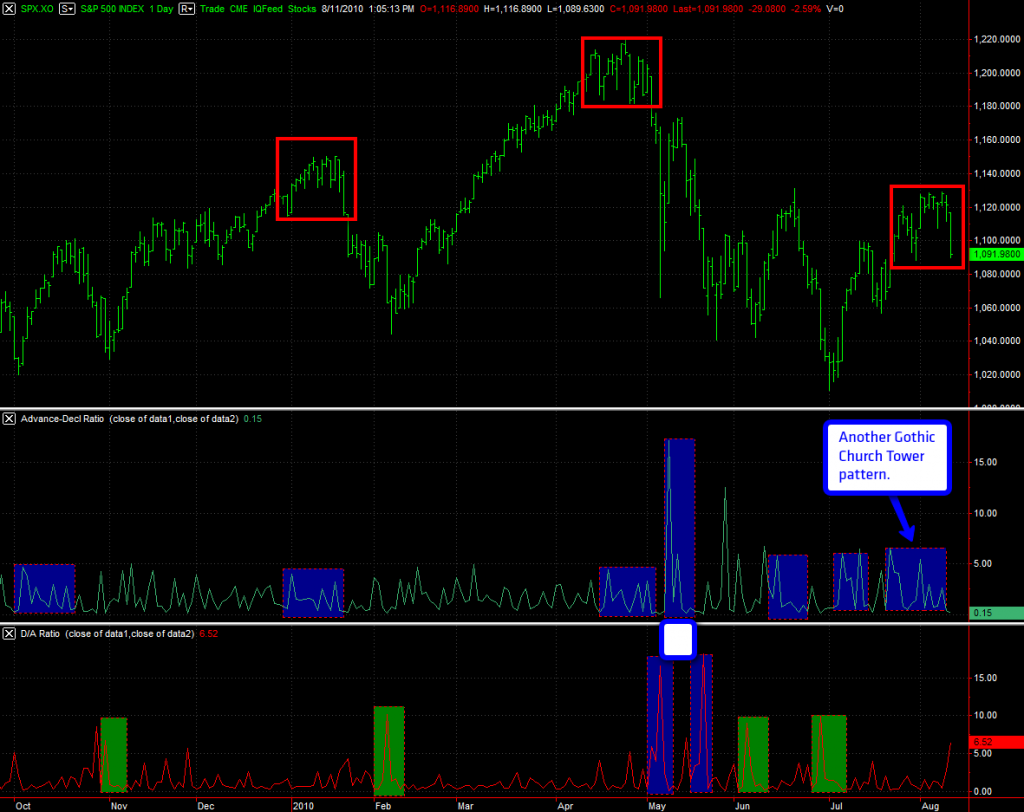 And yes, we did have another GCT fractal on the NYSE A/D ratio. Reason I didn’t bring this up a day or two ago was that I expected another up spike per the prior fractals. Which we got of course but *@&^! Multicharts got stuck somehow as it’s running against the same DTN feed as my NinjaTrader setup. It does that sometime – so sorry about that – need to reload it manually more often.

But it’s pretty exciting to see that we seem to have recognized a repeating pattern accompanying medium term topping formations. That should prove to be extremely profitable moving forward.