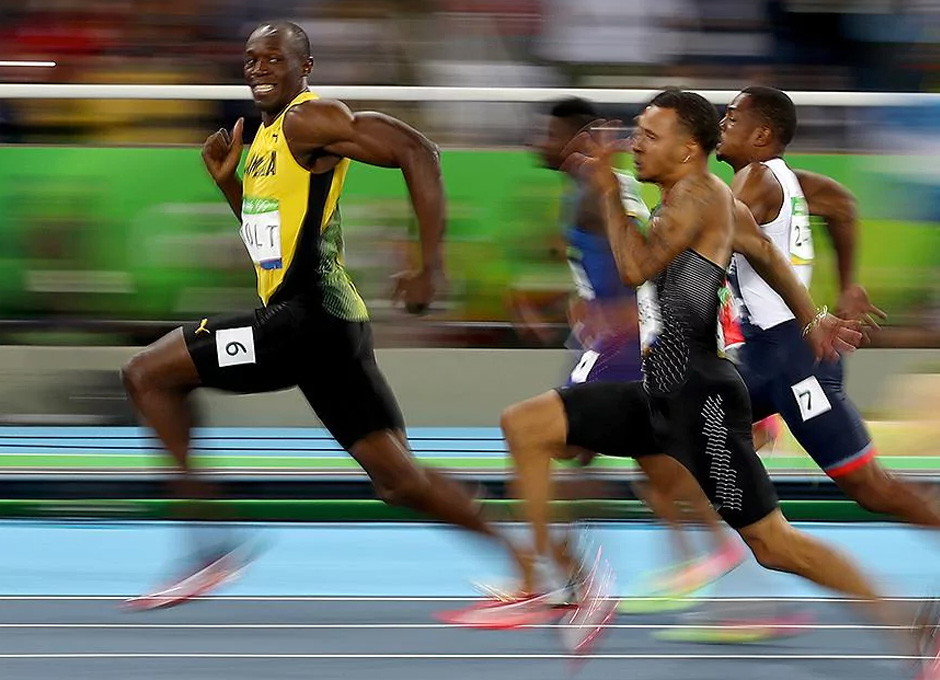 Our E-Mini campaign finally met its maker, effectively stopping us out at about 2.75R with an MFE of 3.25R. So absolutely no complaints here as we had great run, and just like Usain Bolt we did it in style – just a little bit slower. And quite frankly I’m not too broken up about that little stop run yesterday as I’m starting to see a few alerts blinking down here in the lair. 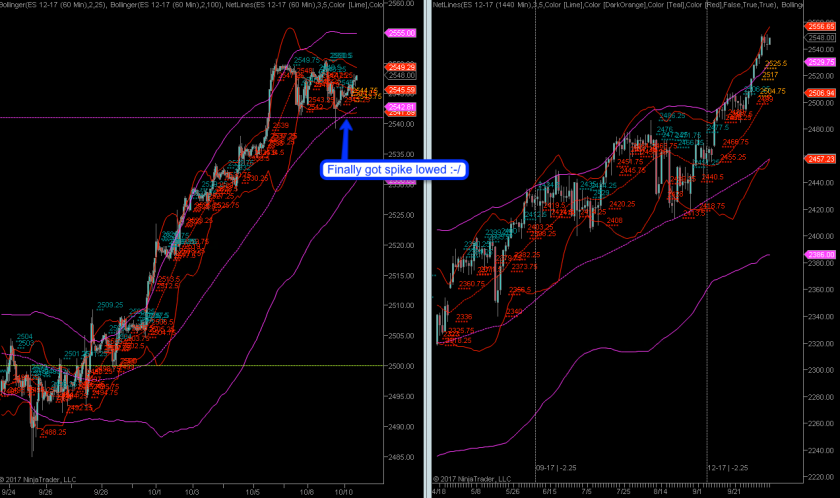 Here once more is our complete campaign in all its glory. A textbook entry right before the big launch higher followed by only a few shallow dips on the way up. That’s the stuff traders like us dream of and I’m glad we got to ride a good part of it. So what lies ahead for equities? 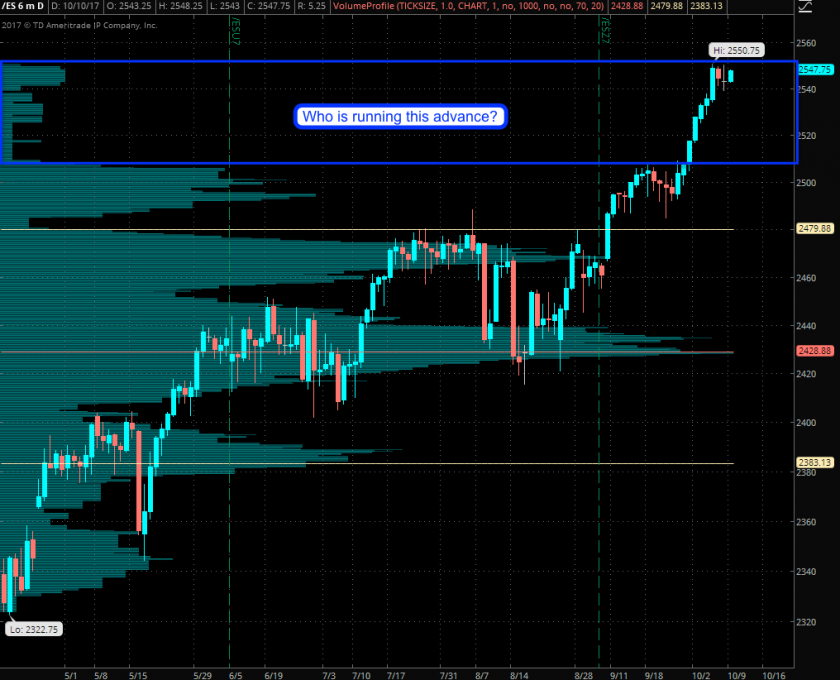 Well a shake out is increasingly likely as the E-Mini volume profile is resembling oxygen levels in the upper Himalayas. Unless we’re getting more sherpas to carry the load gravity is likely to make itself felt and that soon. 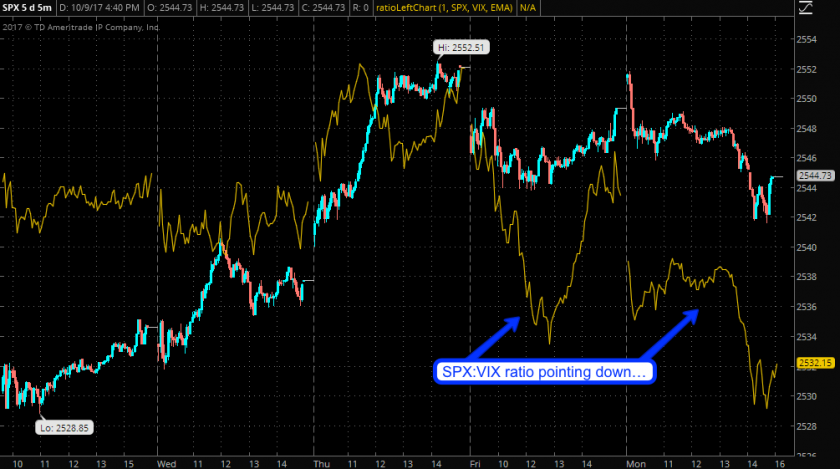 Market makers are already pricing in a bit more risk as evidenced by the SPX:VIX ratio above. While it’s leading continuation of an ongoing trend higher usually has the best odds. And although a divergence does not spell doom one should take note if conditions maintain more than two sessions. 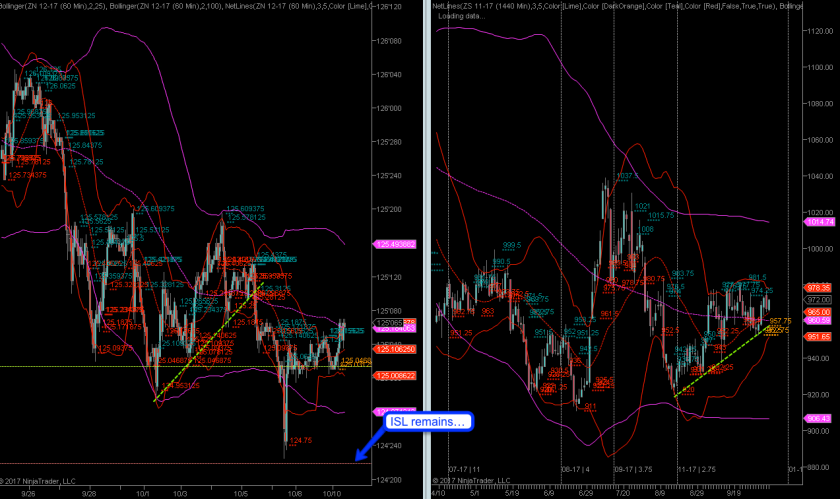 We double dipped on the 10-year bond futures after an ignominious stop-out that scraped our ISL by only a few ticks. However the new formation looked promising and I decided to grab another lottery ticket yesterday. So far so good but we are far from being out of the woods here which is why my ISL remains in place. 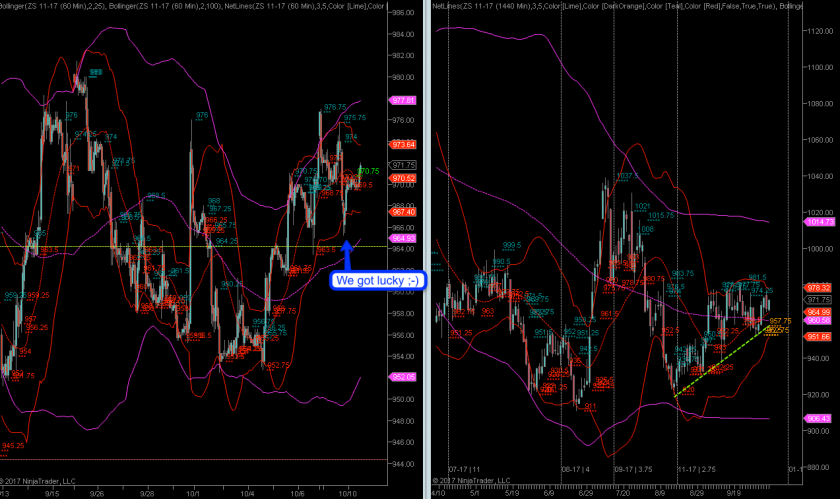 Please ignore that comment on my soybeans chart as our ISL still remains in place. Yes, it’s rather conservative but this campaign has a lot of long term potential, assuming that it’s able to get out of the gate. The formation on the daily panel suggests that a break out pattern is approaching, however we need to remain patient. 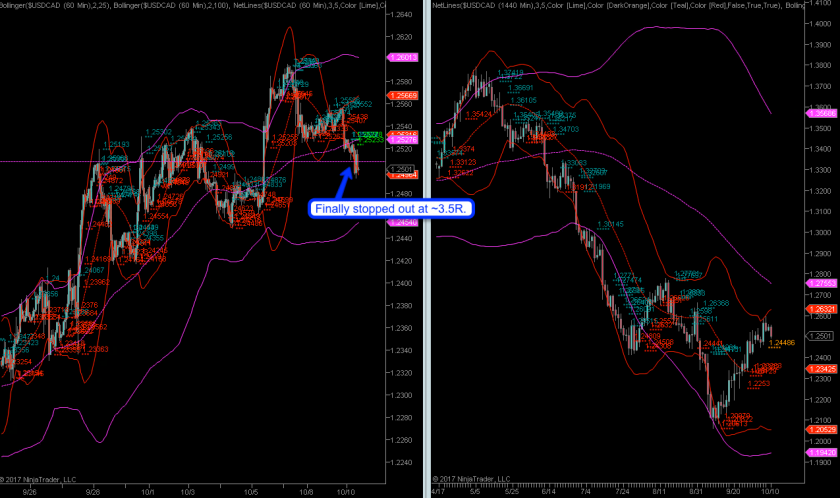 Talking about great runs – our USD/CAD finally got stopped out at > 3.5R in clean profits. This one actually took a bit of finesse in regards to trailing it higher and I hope the way it was handled serves as a basic template for your own campaigns. My standard policy these days for break out entries is to go to b/e at 1R, then give them more space to run during the first 2R, and finally start trailing them at -1R until 4R MFE has been reached. From there I trail at about 0.5R MFE or any major stop low until stop out occurs. 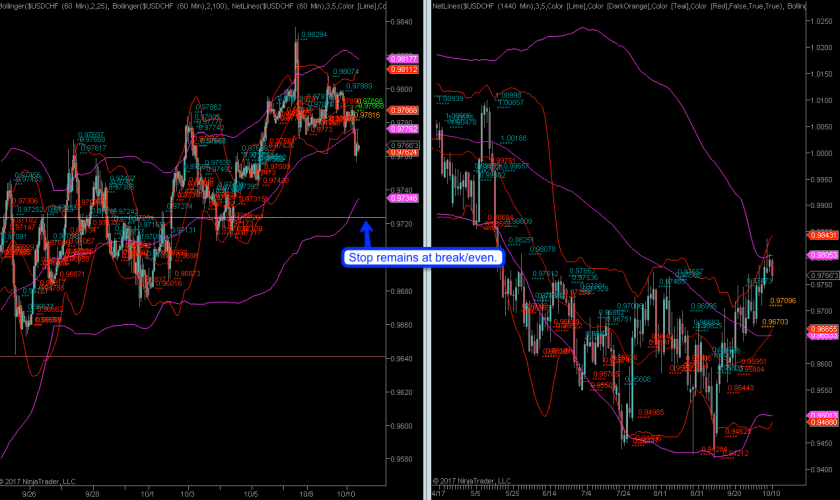 USD/CHF is looking indecisive but as our stop is at break/even already there’s nothing to be done here right now. If you look at the daily panel then it should become clear that a shake out here is possible and probably the most likely scenario. But if it turns and starts running then this is going to turn into a massive squeeze. Again that would be the less likely scenario but we are positioned well so now we just have to wait and see. 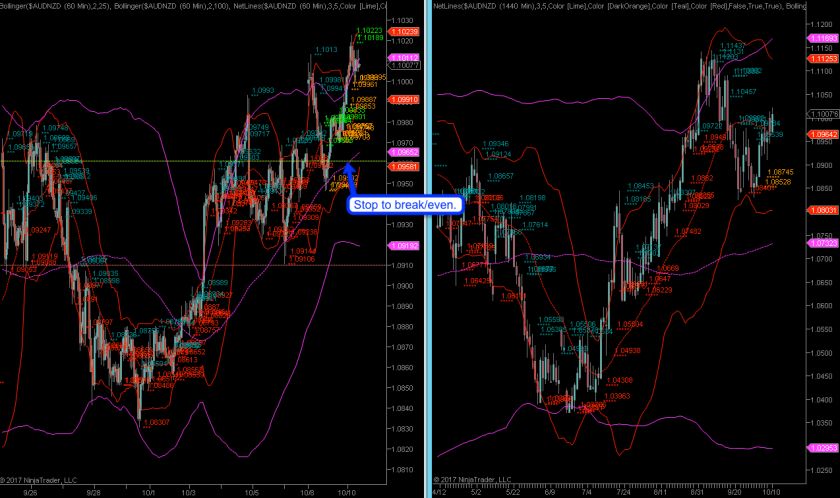 AUD/NZD just peeled its tires and I’m moving my stop to break/even. 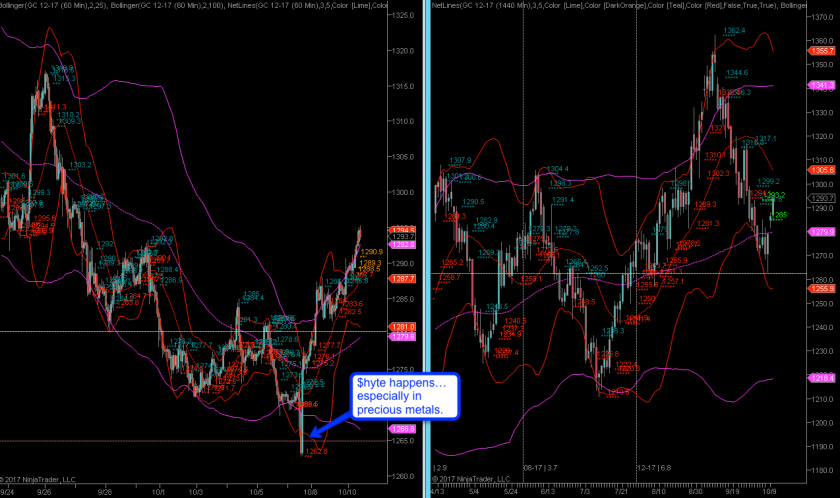 Now gold is the one that got away but like ever so often it is worth observing the aftermath of a stop out as it can be extremely educational. Just to be clear – there’s nothing we could have done differently at the time of our entry. Our ISL was pretty solid and it getting swiped was simply bad luck.

But what is most compelling now is what happened after the first spike response higher. It just kept on running without giving us retail rats any opportunity to get back in. This stuff happens all the time, especially in the futures and forex, but not often enough that I personally would want to chase it higher, it’s probably a coin toss chance. But once it takes off like this it rarely looks back and a even modest spike lows make for a good entry opportunity. For now I’m just going to observe and try not to get too depressed about obviously having been taken for a ride by someone even more nefarious than yours truly. 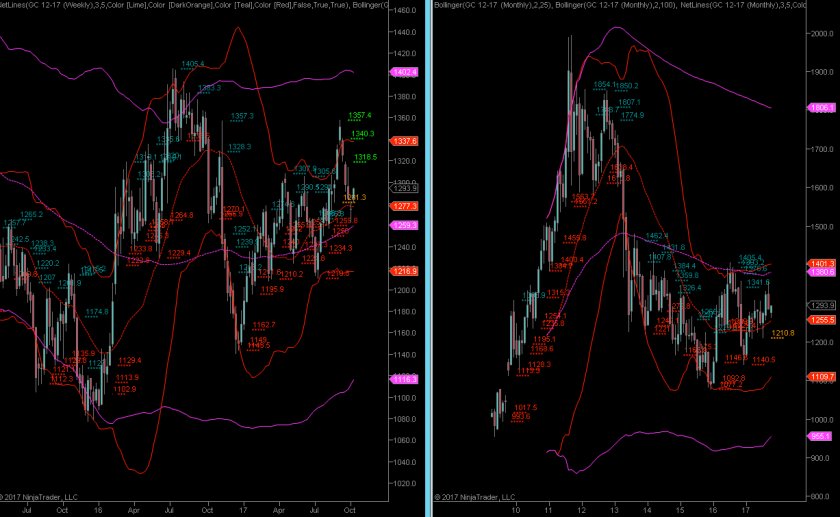 The long term view is pretty interesting as it opens the door for a massive short squeeze during the coming year. I’m sure that gold won’t make it easy for the longs but if that monthly panel can hold the current formation and perhaps breach the 1380 mark then it’s off to the races for the gold bugs.

The future is now – so don’t bring a knife to a raygun fight. If you are interested in becoming a full subscriber then don’t waste time and sign up here. FYI – a Zero subscription comes with full access to all Gold posts, so you actually get double the bang for your buck.