Let’s do a quick update to keep you leeches ahead of the game: 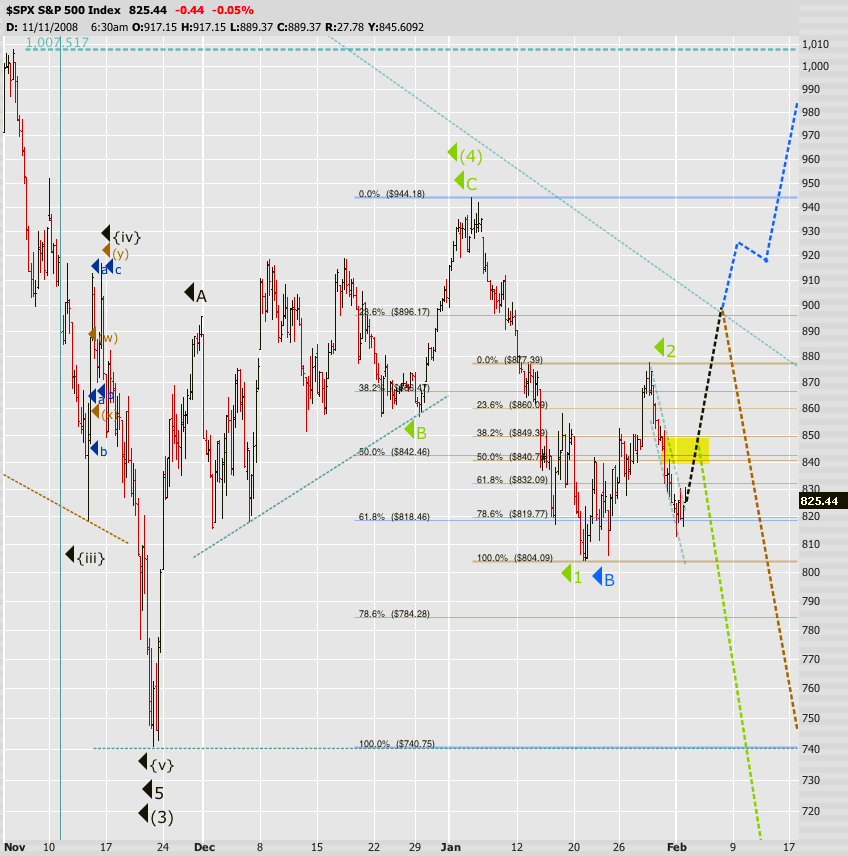 Today’s tape was a royal pain in any rat’s rectum – whipsaw galore and we didn’t really get anywhere. Noteable however was a close below the 8000 line on the Dow Jones. Frankly, I don’t think it’ll hold (for now) and I expect a bounce here, probably starting tomorrow. Accordingly, the green scenario seems to be playing out as planned and we should complete {2} of 2 of (5) later this week. Let’s zoom into this thing: 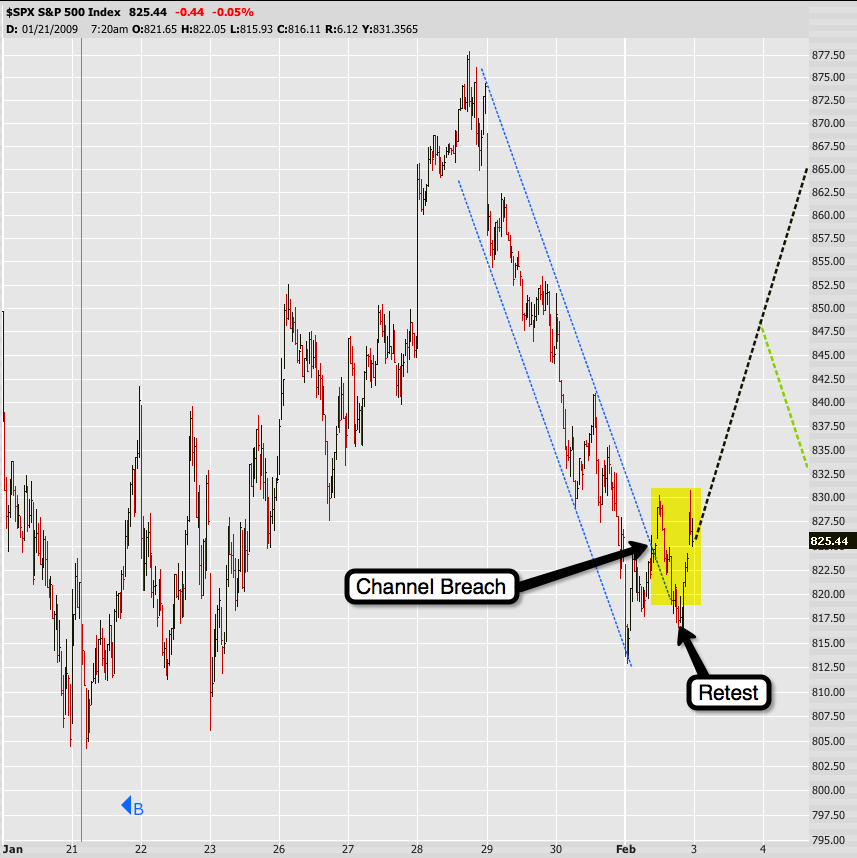 I haven’t seen this chart anywhere else, so I wanted to bring it to your attention. Note the channel we’ve been following since the Jan 28 peak. Today we breached it, then there was a retest to get back in, which failed and led to a late day rally which constitutes a clear detachment from the channel. One could even make out some kind of double bottom, but this pattern is way overused and I don’t want to push my luck.

For the record – although I’m holding some puts I’d be happy to take a hit on them tomorrow and see a strong rip to the upside. My motives are less altruistic of course as I’m looking for a good spot to leg out of my hedge and return to my old negative self again (delta-wise that is). 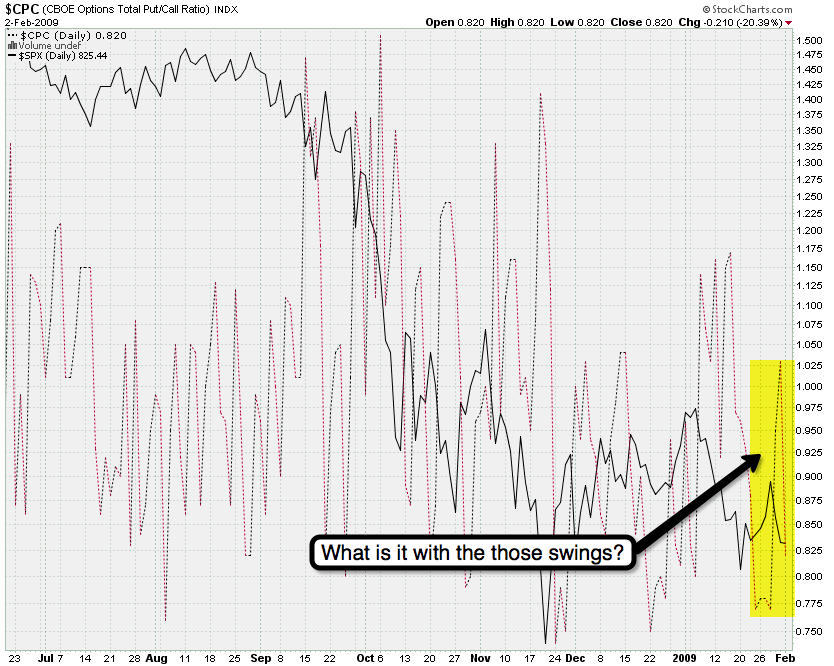 The CPC has gone completely loco as of late – we’re seeing manic swings into bullish territory one day, back to neutral, and now back to pretty overbought levels (low number means less puts in circulation than calls). Historically these extremes only happen after a sizable rally (40+ points or so on the SPX – 300+ in the DJI) but NYSE breadth was negative all day, so I can’t really explain it. This however does mean we should continue to drop – either after a counter rally or immediately. We shall know for sure very soon – I hope for the former as it would give us an opportunity to ride the slide into the abyss in style.

Dollar: Has consolidated a little, as expected and should complete its motive wave to the upside. Target: 88.

Gold: Has played ball thus far – actually made up for some of today’s whipsaw – who would have known. I don’t trust it yet however – it doesn’t have any business being above 931 and if it breaches that level I will scale out of my GLD puts fairly quickly (I hope the MMs don’t read this – LOL).

TLT: I think we’re due for a large bounce here – I put in an alert for 106 – will pick up some calls there.

My BIDU and GOOG puts were hit hard in late trading – that was some tough love. I’ll monitor the situation and probably cover them or cut and rebuy if it looks like we bust higher tomorrow. I still think they’re due for a sizable drop.