A Return To Value? 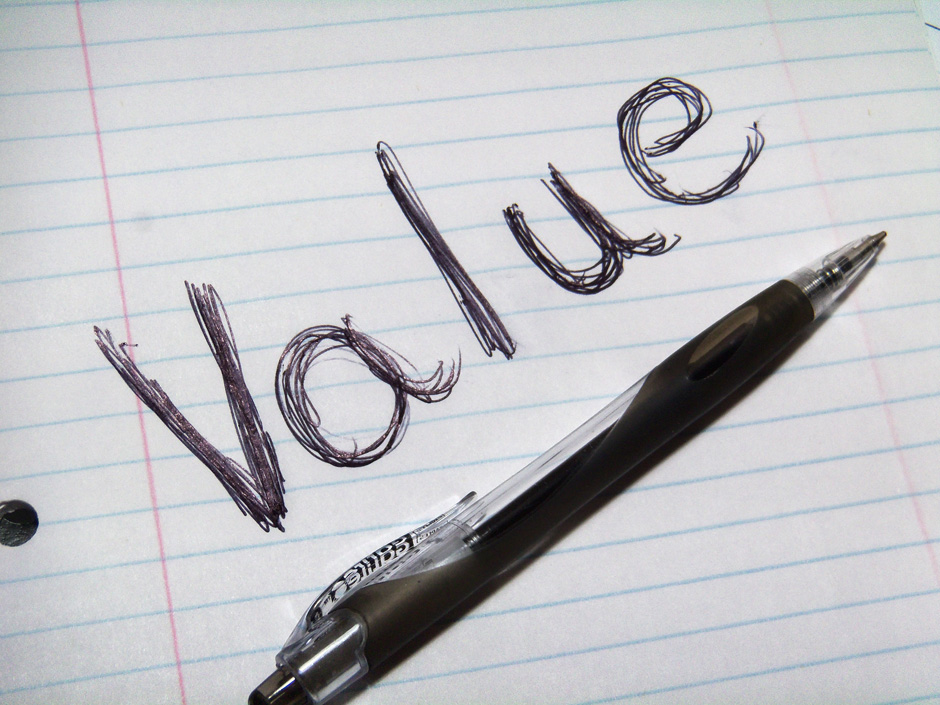 I came across a very interesting article this morning which argues that the proliferation of quant trading in combination with QE and a flattening yield curve over the past decade has largely favored momentum stocks to the detriment of value stocks.

The article goes into much detail but the general take-away is that with so many bonds carrying a negative yield, the markets’ normal signals became scrambled leading to equity factors to become overcrowded and over-extended. One may call it a polarization of quant algos collectively pumping quality whilst shorting value.

Joseph Mezrich, quant strategist at Nomura Instinet, recently pointed out that momentum was enjoying one of its best performances on record at both the long end (winners winning) and the short end (losers losing). 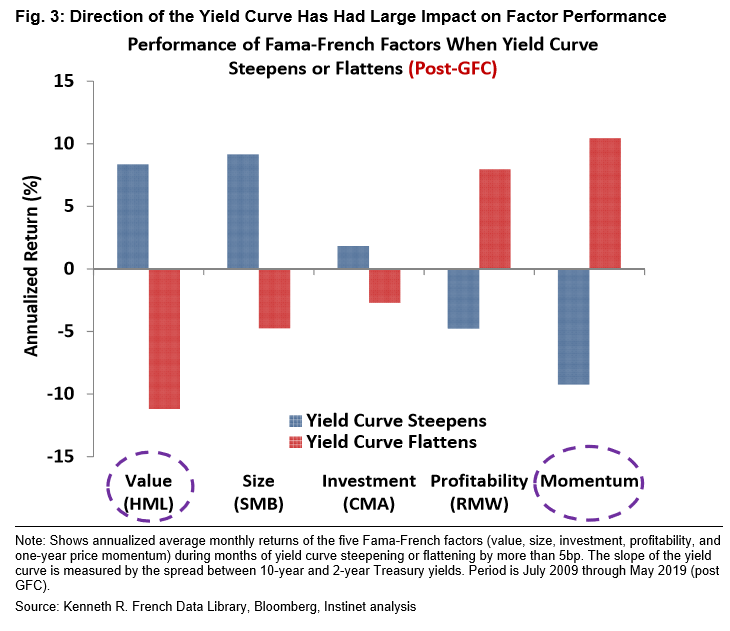 His graph shown above shows how the movement of the yield curve and how it relates to the performance of five equity factors identified in the pioneering work by economist Eugene Fama and Kenneth French. In essence a flattening yield curve ads Momentum and Profitability (i.e. Quality) while steepening aids small companies and Value.

So are we standing at the cusp of a market inversion from pumping Quality back to chasing Value? Does the ferocious sell off in bonds and gold signal a sudden regime change? The article states:

“The strength of momentum and quality, and the problems for value, are deep-seated. There is ample room for the reversal to continue for a long time. Value investors have been waiting a decade for the moment when their style of investing at last starts to perform. Now, it is as though Godot has finally arrived. But for value to outperform again with any consistency, it will probably require a normalization in the bond market.” 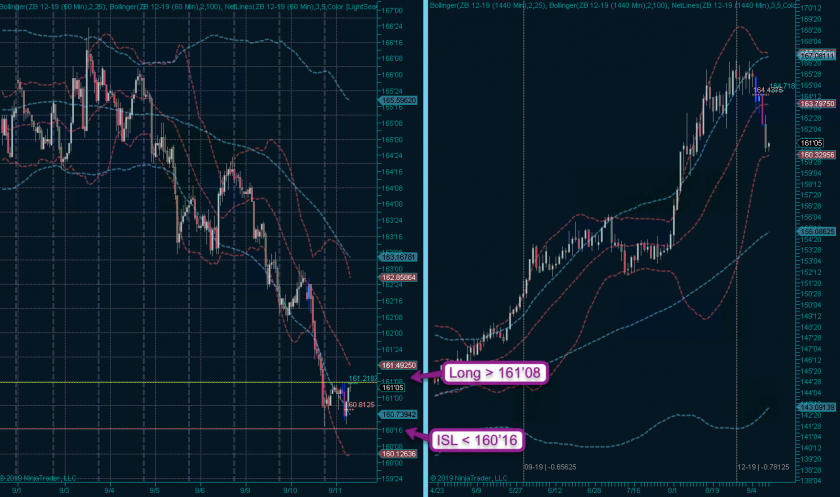 Well as the old saying goes: Rome wasn’t built in one day. After such a violent sell off profit taking usually produces a counter response we may be able to exploit. Of course as always here at Evil Speculator, price has to lead the way, which is why I am waiting for a breach of ZB 161’08 after which I am taking out a small long position.