A Tale Of Extremes

Seems like the two virgins I sacrificed (in a gentle way) paid off as we finally got a VIX sell signal: 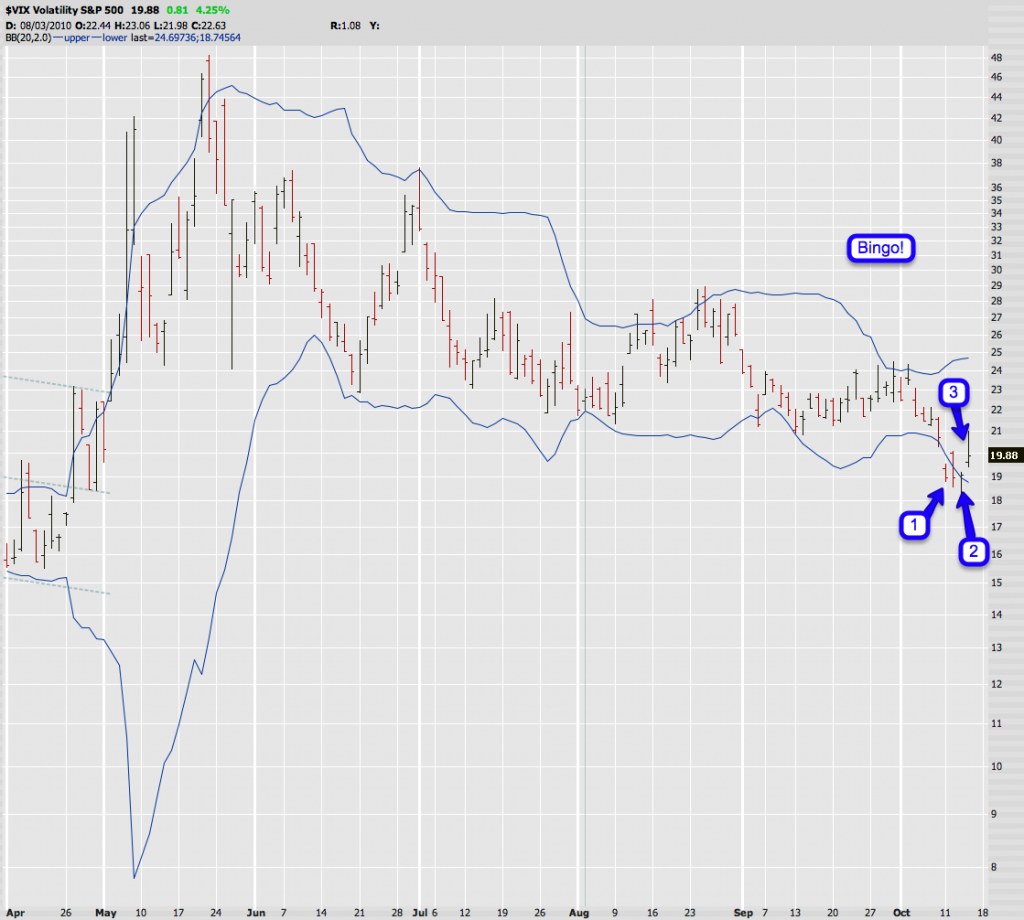 The VIX has no business trading in the 18 range considering the level of financial risk out there. But it found itself there nevertheless, just to bounce back and bestow us with a confirmed VIX sell signal. I don’t like that sideways Bollinger band however and thus I am a bit skeptical about this leading to anything intense. But we found ourselves in a similar situation half a year ago, so let’s see how things play out.

Let’s cover a few more extremities (no pun intended) – there are plenty if you bother to look: 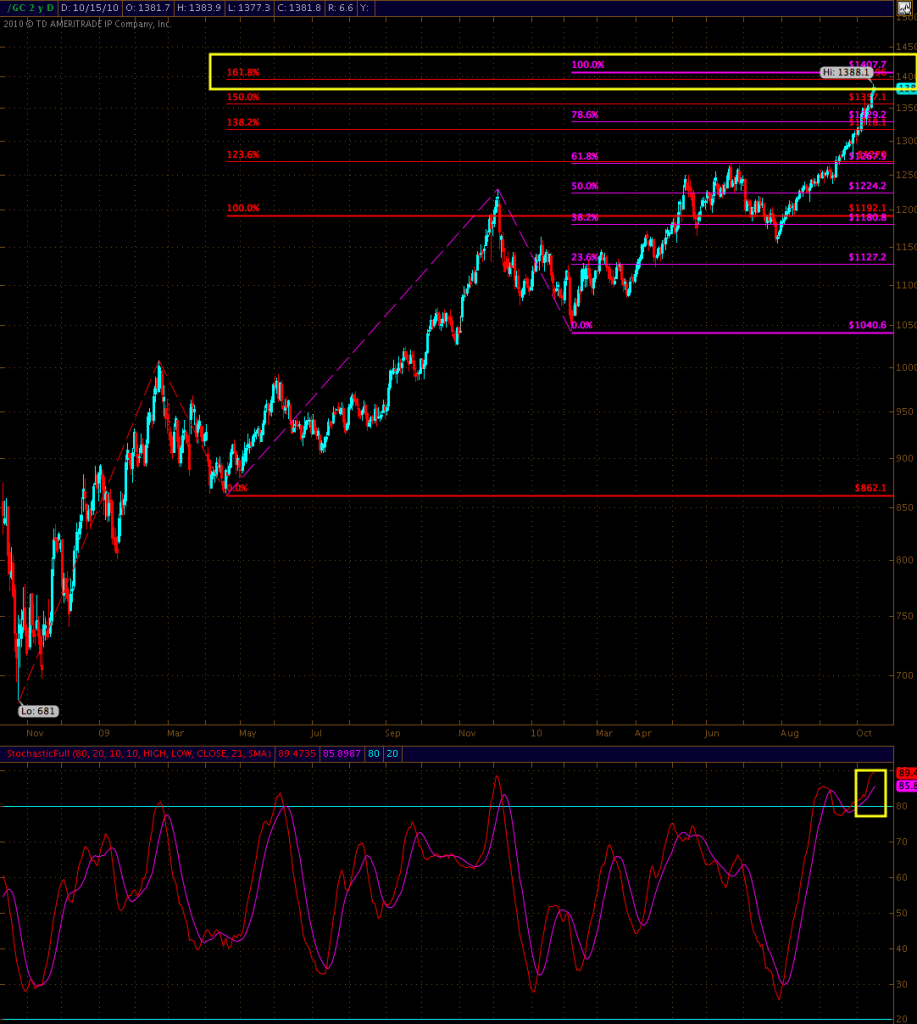 Everyone hated gold at 700 – they laughed at it when it reached 850 – started liking it when it reached 1000 – and now that it’s trading at almost 1400 everyone wants a piece of the action. Reminds me of early 2008 all over again.

The chart has us painting some extremes in the long term stochastic department. Gold has burned a lot of short in the past month – that’s gotta suck. But if you’re long right now it’s time to get out. It had its run and although I don’t see a divergence yet I think this is not where you want to be long.

Am i going to short it right here? Hell no – not yet. My other momos indicate that it may stay embedded a tad longer. 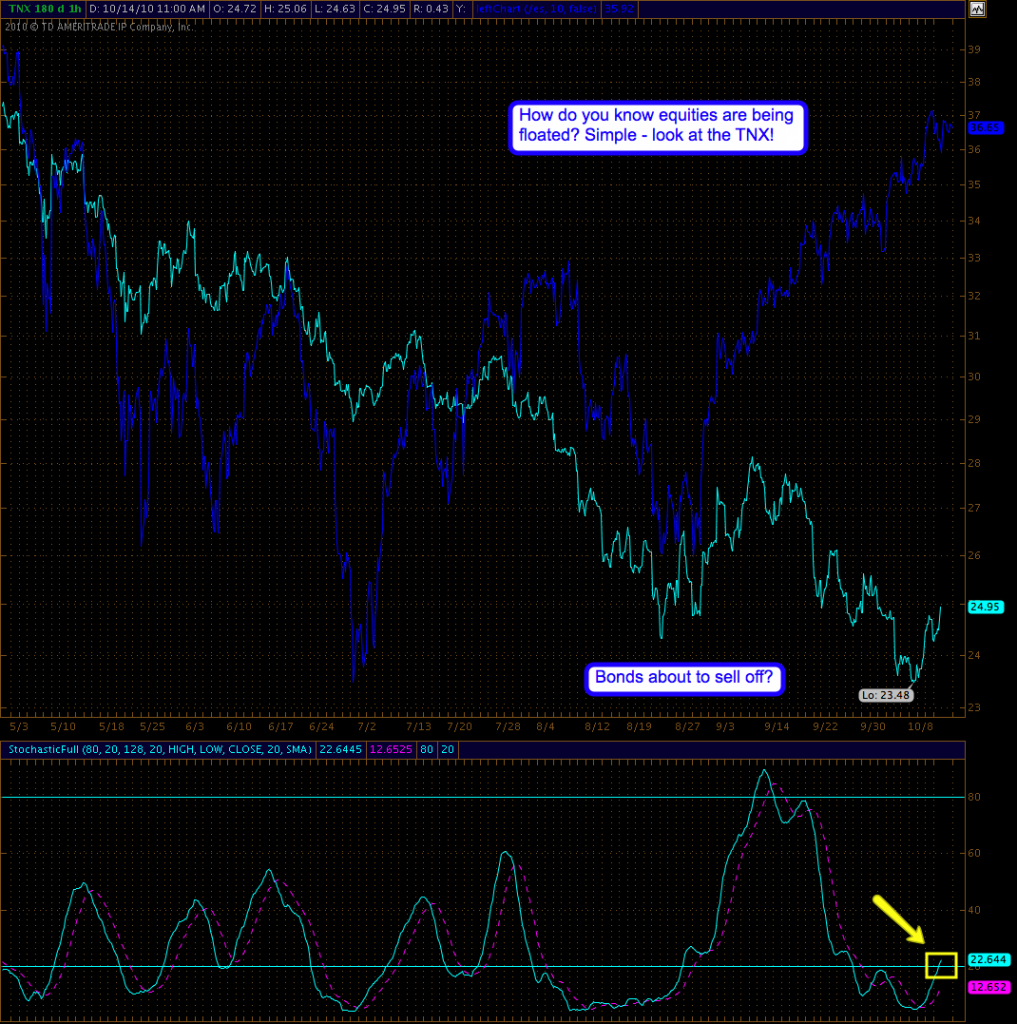 Sticking with stochastics – a peek at the TNX which just painted some extreme lows – 2.33% – boy! Now we’re pushing above the 20% line. I wonder what happens next.

As a side note (and per my comment). If you want to know that equities are being ‘futzed with’ look no further than this ratio chart 😉 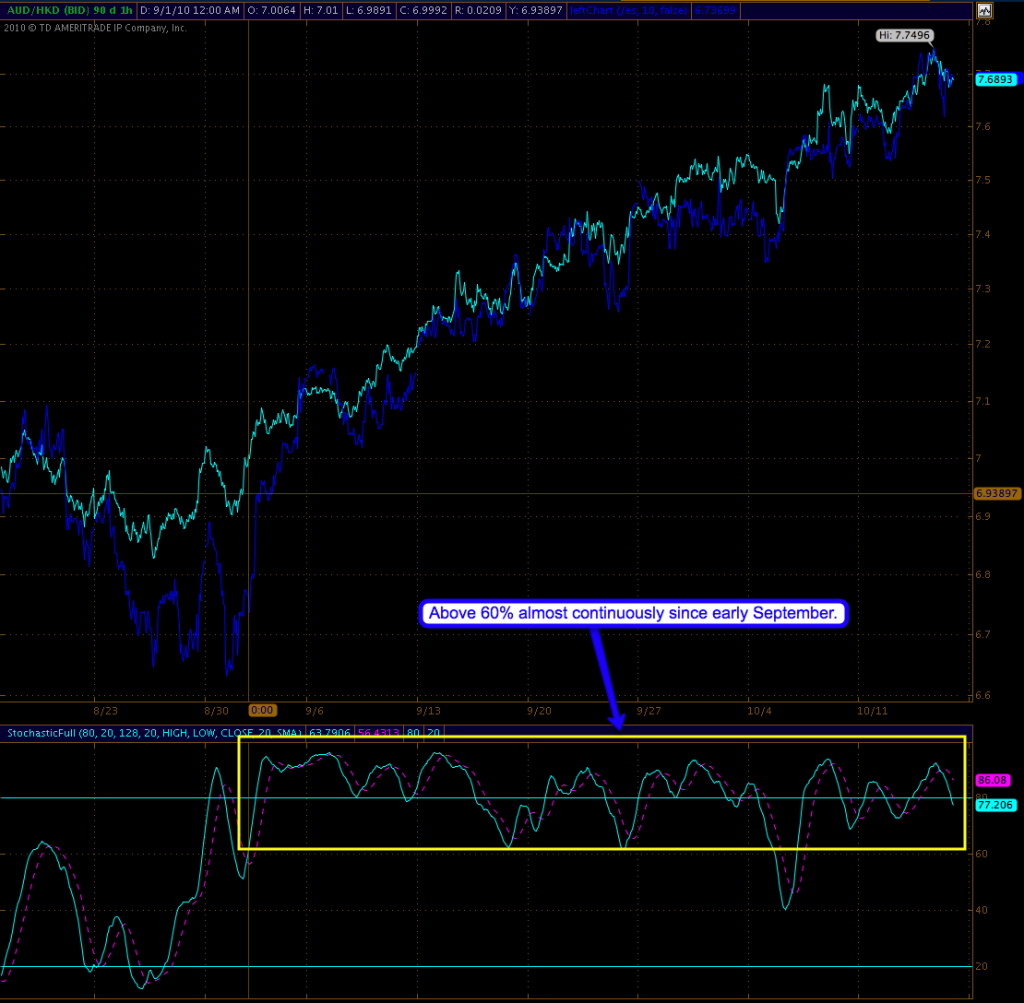 Everyone keeps looking at the AUD/JPY but I think the AUD/HKD (Aussie vs. Hong Kong Dollar) traces the spoos so much nicer. Go compare if you don’t believe me.

What really got me was the strange reading on my stochastic. I actually had to zoom out to make sure that my indicator wasn’t broken. I don’t think I have ever seen anything that bubbly – that takes some serious currency games. Not sure what the carry trade situation on the AUD/HKD is – maybe some of you Aussies or Asians can enlighten me? 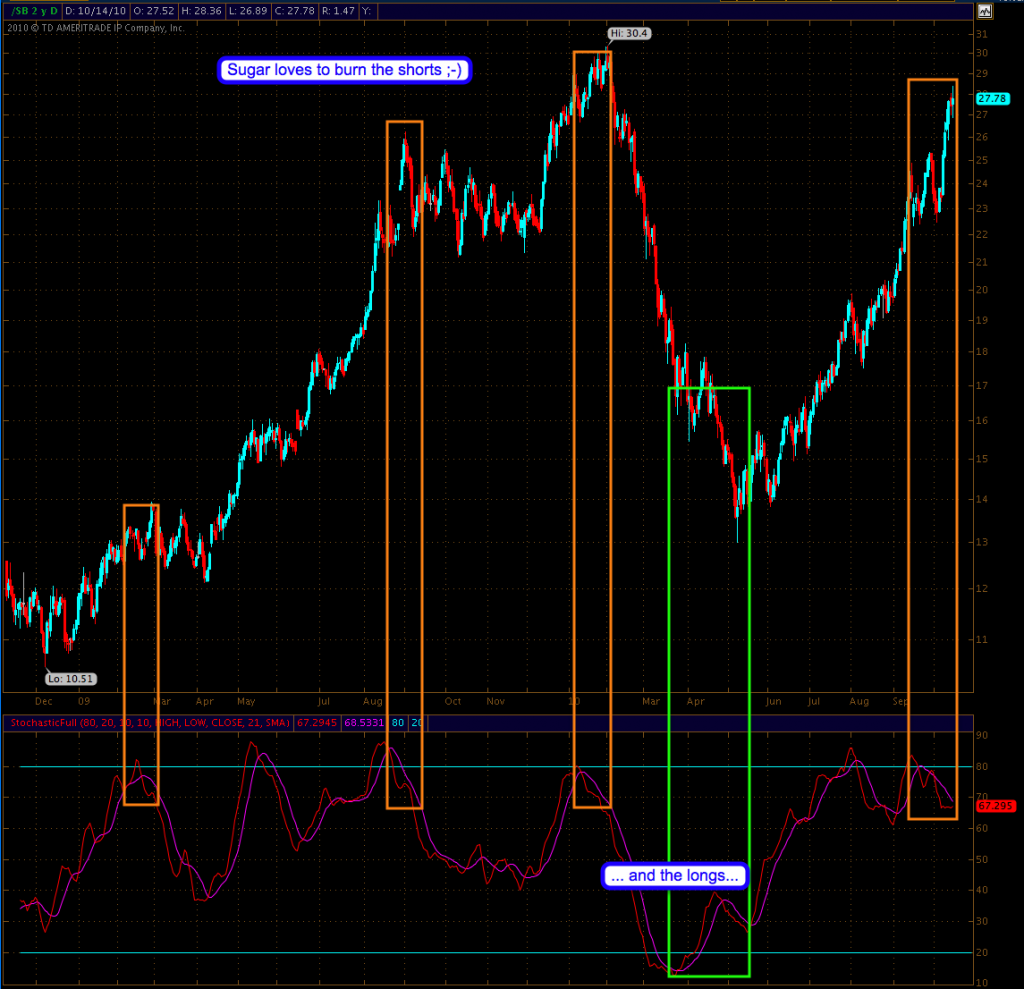 If you think equities or gold are a bitch to short – don’t try sugar. That one loves to burn the shorts (and sometimes the longs). If you want to play contrarian with commodities, do it like the porcupines – very carefully.

Otherwise it’s another example of a market that loves to push into extremes. And with sugar the trend is the trend – until it’s finally (and quickly) over. See, if I would play sugar I would simply wait for extreme readings combined with a long leg up in prices (check). Then I would give it time until I think that a new trend is clearly visible. And then you take your trade. Doesn’t always go your way (see a year ago) but when it goes it goes and usually for a long time. It’s the gift that just keeps giving – assuming you are not trying to call tops/bottoms.

We have ourselves a very extreme market here – so bring your cup, a parachute, and a helmet. Trading extremes is difficult and can bite you in the ass in a hurry – it’s just too much fun to burn the shorts (just ask shortqueeze.com). Which is why you start legging in slowly when your signals start flashing.

Disclaimer: I took on a few shorts based on the confirmed VIX sell signal – fully knowing that tomorrow and Monday and Wednesday and Friday again are POMO days. Sheeesh!! Exactly – a snowball chance in hell they’ll pay off. Which is why it’s a tiny position – but I have to listen to my signals. Then again – I don’t have to throw a lot of coin into this woodchipper.

Looking at all this I see a potential for a correction on various ends – how big I don’t know. Could be a few days – could be a few weeks – could be nothing. Those turn dates came and went – so far the Dollar is still fighting for a floor. Elections are looming and although I don’t trade the news I know when taking a contrarian trade is tantamount with pushing a rock up a hill Sisyphus style. Why bother? Let’s see some red candles first.