As I mentioned today I’m not going to post any market forecasts for the remainder of the week for the following reasons:

Hope all the above makes sense to you. As a matter of fact, I would very much appreciate your input in all this – what your own thought process is right now and how you are faring in this market.

Finally, a big up to all you stainless steel rats for posting close to 260 comments on an intra-day update today. That’s excellent for a holiday week and I’m enthused by the sheer determination and hard work I’m seeing here. Now, if could just funnel all that energy into one of my evil schemes…

UPDATE: Someone asked a question about the long term nature of this bear market and here’s the big picture with some comments: 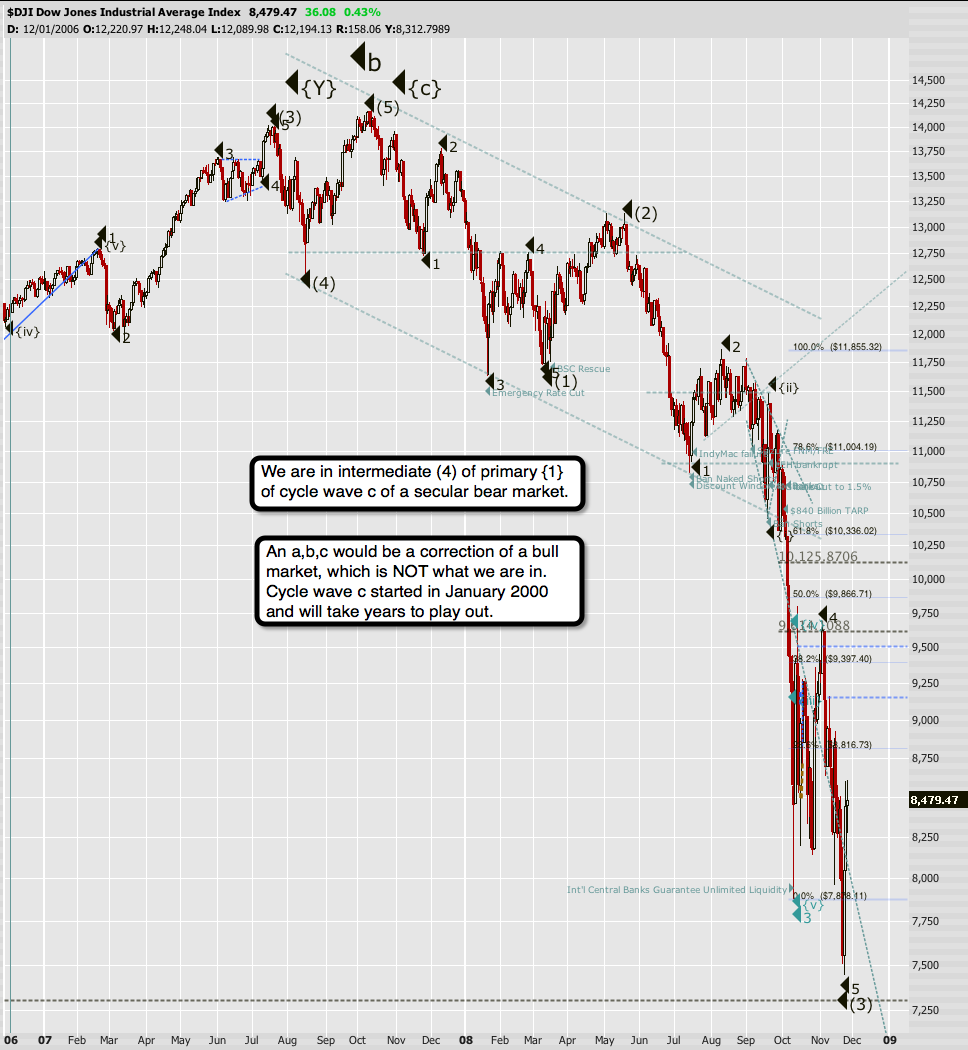 Bear in mind that the a and b cycle waves would be below the 2000 top if you factor in inflation or if you measure the Dow in ounces of Gold.

UPDATE 2: I was not kidding about the record volatility – as a matter of fact it’s unprecedented. Take a load of this: 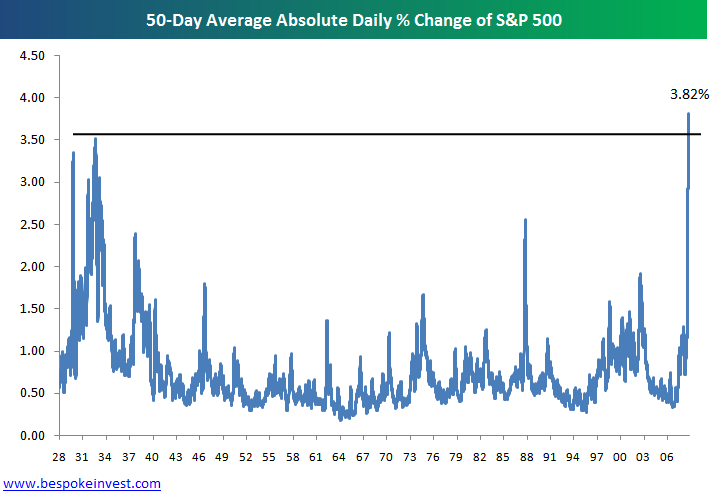