Friend of the blog Ivan Krastins was slumming it again in our comment section lately, and although sometimes cryptic in nature we always appreciate his contributions. As you may recall our CrazyIvan strategy was named in homage of the candle pattern systems he developed over the past decades. Now Ivan’s general sentiment on the Monday’s shake out was simple and straight forward as usual: ‘Fade the paper‘.

Yes, yes – nothing new to see here – you’ve all heard that one before, right? Yes, but unlike us silly retail muppets, who now have access to a myriad of trading books, financial blogs, and sophisticated tools online, it was a lesson he and his peers learned the hard way. You know back in the days down in the mirky depths of the futures pits. Things often got pretty ugly and we retail chumps probably would have lasted less than a day, if that.

Well, those times are long gone and he’s since migrated to trading on a beach on the lovely South Pacific island of Vanuatu. I’m not kidding by the way – he’s literally placing trades right now via some 256kb DSL line while an army of crabs is encroaching on his straw hut and the sun is setting behind the ocean. Probably still charting on paper and such. A relic of the past perhaps but what’s important is that he keeps winning. Sophisticated tools and charts don’t make you a good trader – it’s that thing between your ears and perhaps some body parts further South.

Of course what has NOT changed is that of human nature – and as such the game remains the same. In yesterday’s morning briefing I encouraged you to ignore the headlines and instead focus on our charts. Now let’s see how that worked out for us: 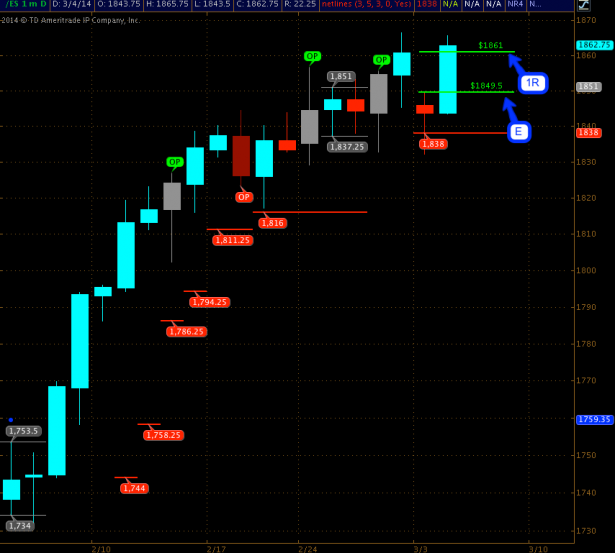 Not so shabby actually – you may recall our Hammer Long from last night. Although things jumped earlier today you should have had your entry set at 1849.5 and gotten filled anywhere between 1850 and 1851 (depending on how lousy your broker is). And if you didn’t get your limit filled there you would have had another chance near 1852.5 or 1853 an hour later. Either way we are up about an R and I just got stopped out as I set it at 1861. That’s about 0.7 real R given my fill at 1852.5. 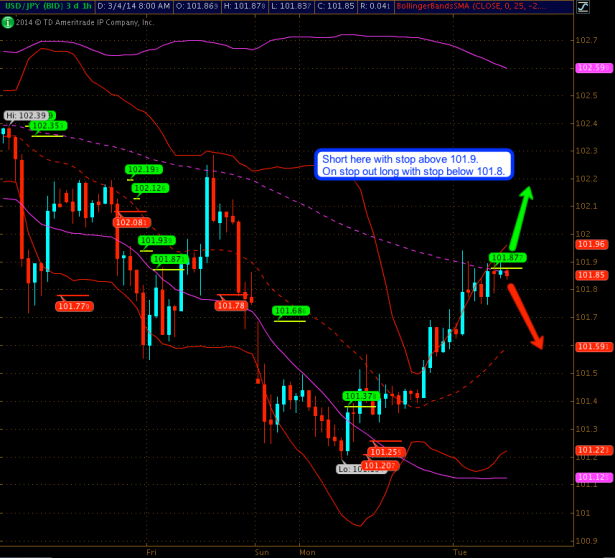 Short term I’m interested in the USD/JPY here – I want to be long above 101.9 but until that happens I’m in a short position with a stop at my long trigger.