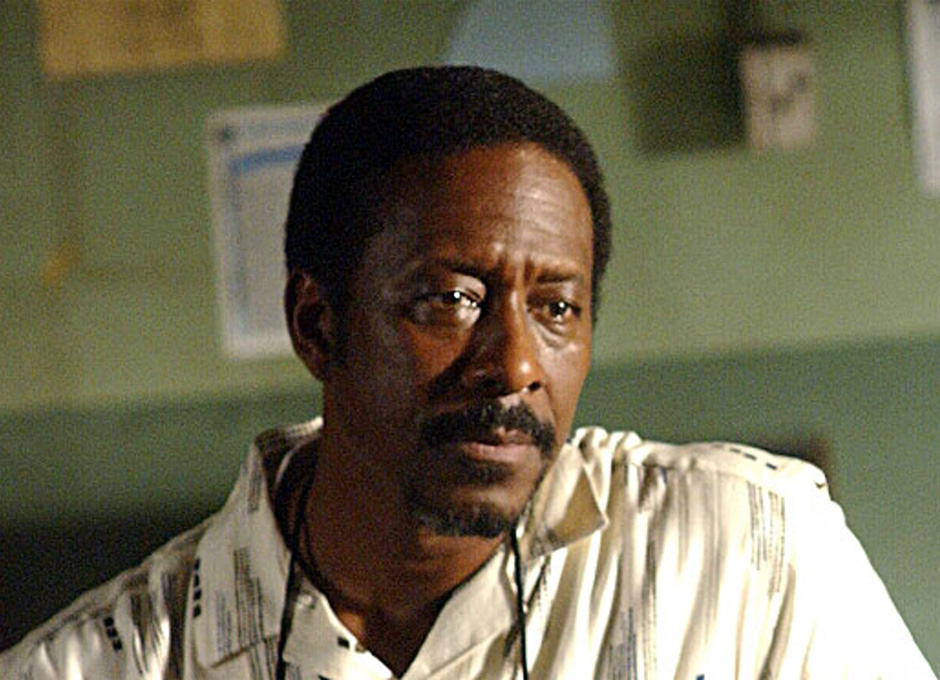 Before you do anything else I encourage you to catch up on my previous post which covers this week’s top and bottom performing stock symbols in the S&P 500. I’m actually considering to add small caps as well to widen our stock universe by a bit, what do you guys think? Anyway, today is a bit of a strange day here in Valencia as the 9th of October is officially a ‘día festivo’ celebrating the arrival of Jaume I ‘El Conquistador’ on this day in 1238 who managed to end several hundred yeas of Muslim rule over the region. However it’s fair to say that the mood here is a bit somber today as the situation in Catalonia is increasingly spinning out of control with Spanish president Rajoy threatening to use the ‘nuclear option’, meaning that he is prepared to rescind Catalonia’s autonomy status.

Spain was just finally coming out of a nasty depression which over the past decade caused over 40% of Spanish youth under 25 to remain unemployed and without much hope in terms of future career prospects. Which is why there is probably very little patience with what in most parts of Spain has long been considered a meddlesome and irreverent region hellbent on pursuing its dreams of independence.

Whether or not Catalonia’s ambitions are justified is another story but I don’t think that they have a snowball’s chance of succeeding. Especially after several banks and other large employers in the region made it clear over the weekend that they would move their headquarters to either Madrid or other larger cities within Spain should the push for independence wind up succeeding. And that’s how the cookie crumbles, like it or not. In the end things always boil down to the where the money flows. And apparently the money right now is clearly not betting on Catalonia. 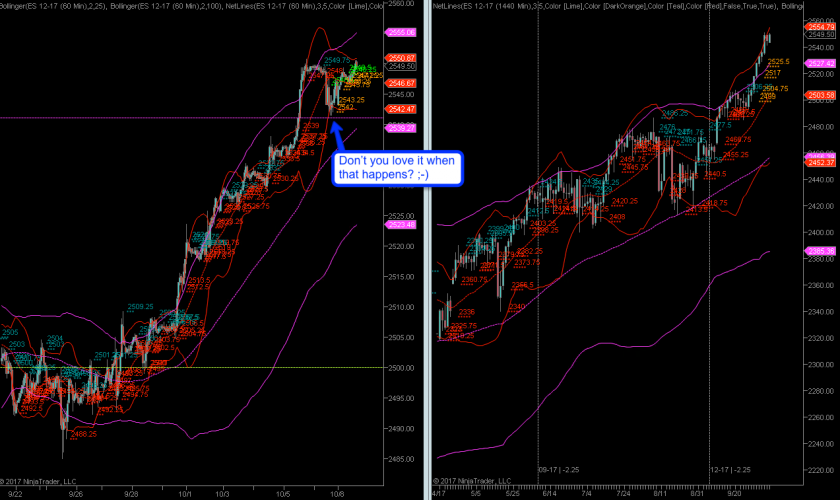 So we seem to have been graced by luck last week as our trailing stop managed to survive what now looks like a little EOW stop run. For now I’m leaving my trail intact as it has served us pretty well. 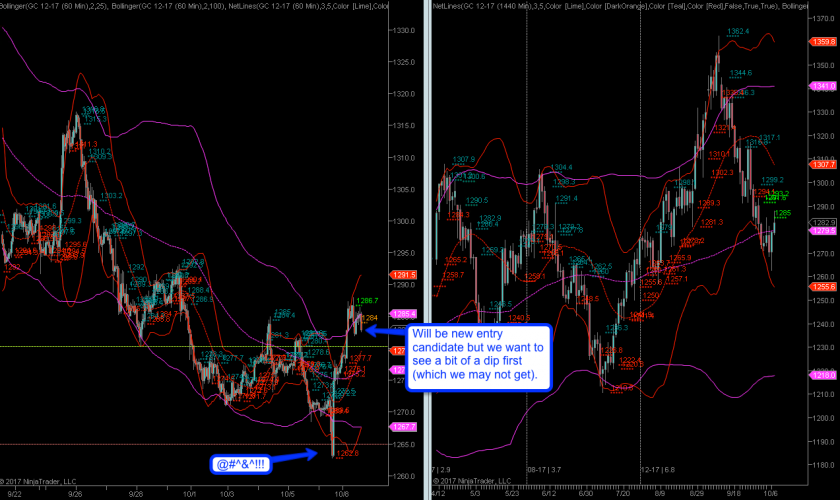 Gold however wasn’t so lucky and that late day stab down almost exactly nailed my trailing stop. Fortunately I have access to several local churches right around the corner where I am able to repent for my excessive use of foul language after seeing it bounce right back shortly after. 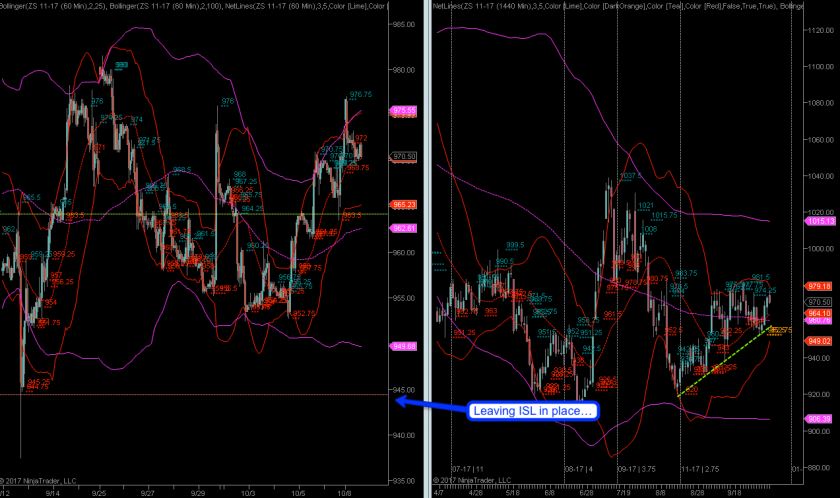 Soybeans seems to finally be getting out of the gate but it’s still a bit too early to touch my ISL. I want to see at least 1R MFE before pushing it to break/even. 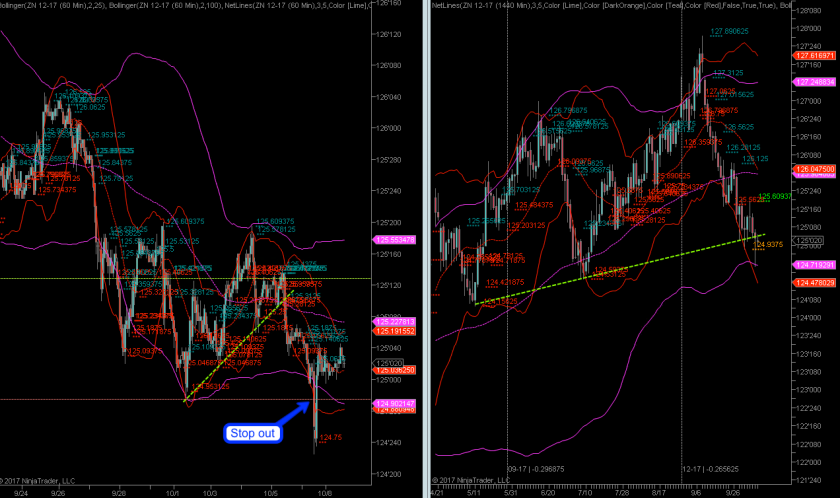 ZN futures also were stopped out as I had suspected already on Friday morning. However this actually represents a rare re-entry opportunity which I’m going to cover further below. 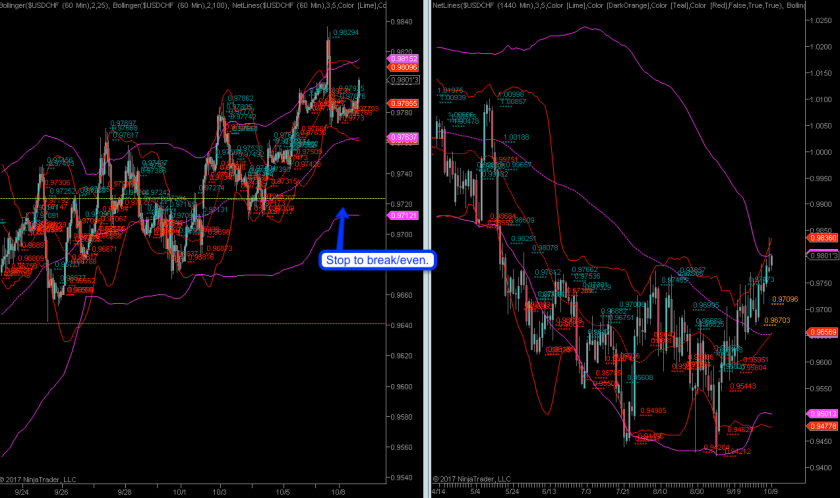 USD/CHF – I bet you almost forgot about that one as it’s been pushing sideways for most of the past week. But after a spike into ~1R MFE it’s now finally time to at least lock in our entry, i.e. stop goes to break/even. 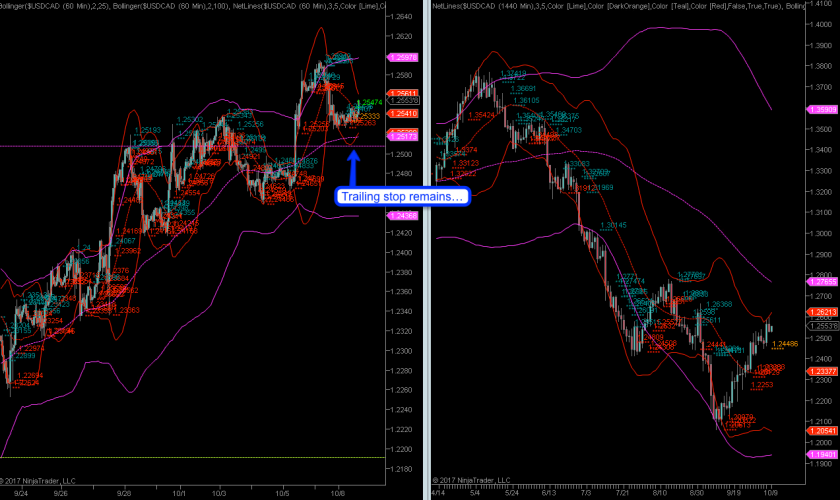 USD/CAD pretty much unchanged and our trailing stop remains at ~3.5R MFE. Thus far lighting a few candles seems to be staving off the stop runners. Let’s hope our luck continues. 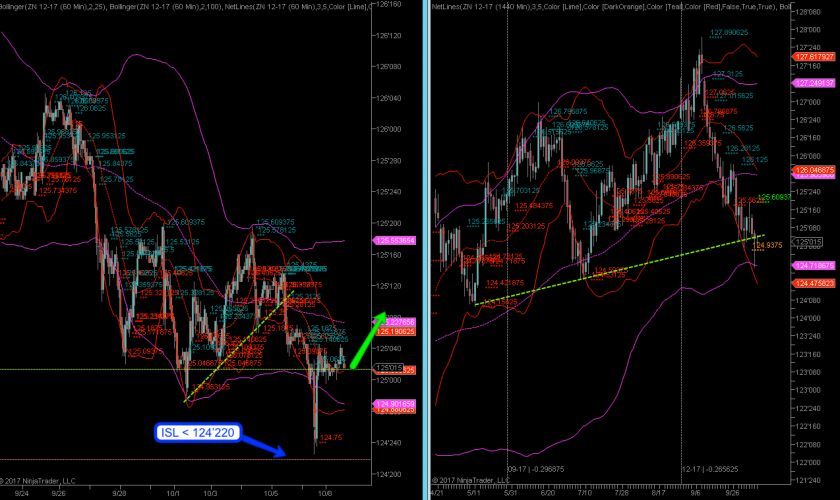 Alright as indicated above I’m grabbing another entry on the ZN, once again it’ll just be 0.3R as this is a bit of a lottery ticket. Stop goes to below 124’220 which is near a recent spike low that managed to bounce off the lower 100-day SMA. I actually do not put much stock into that one as it hasn’t been touched for a while and my main criteria and raison d’être is what appears to be pretty strong rejection of the 124’240 mark.