I think it was a bit over a week ago when I suggested that we may be heading into difficult territory and unfortunately I seemed to have been right about that. The gyrations of the past week have produced more ambivalence and thus far a winner has not emerged just yet. We are still at an inflection point that gives both the bulls and the bears an equal opportunity to turn the ship into their respective territory. As of right now we are still in limbo with the bears currently enjoying a slight advantage. 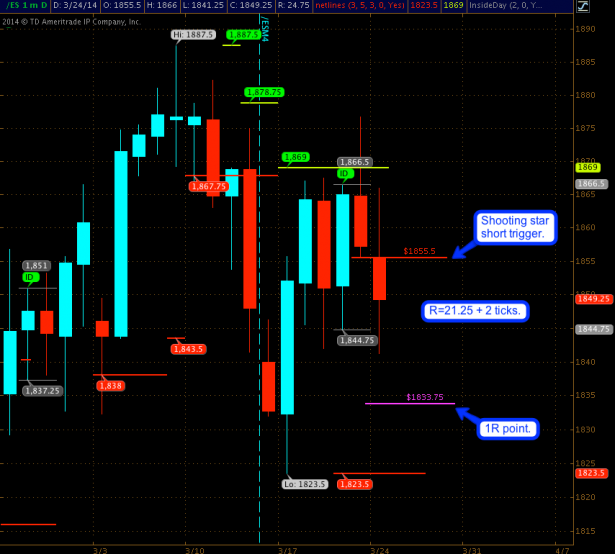 As you may recall equities produced a shooting star formation last Friday and it was triggered earlier today. If you played the spoos then this is your campaign – 1R equals 21.75 handles, which is 86 ticks. Your 1R point is still ways away at 1833.75. 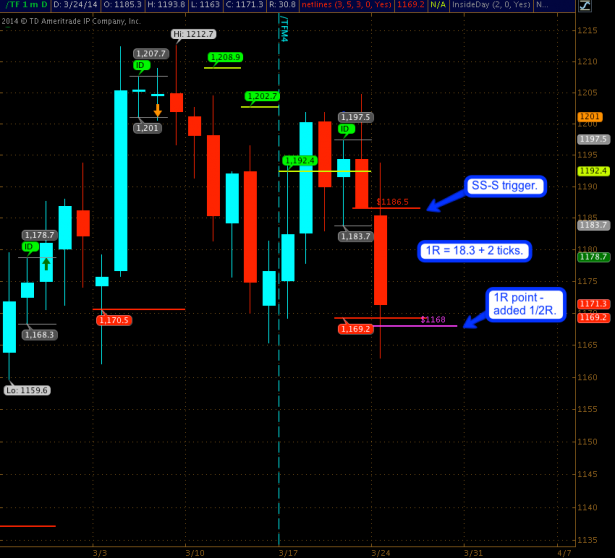 Which is why I played the TF (as did my subs I hope) and I already managed to add that other 1/2R I was talking about. I basically earned it and my new stop is now at my trigger point, thus already bringing me to break even. Which is excellent as I have very little confidence about the direction just yet. Admittedly we are now back at the lower range of the limbo territory.

There is one chart however that is a must see on the equities side as something very significant happened today – I’ve posted it below the fold for my subs. Not to be missed and if you’re on the fence about subscribing then this may be a good time 😉 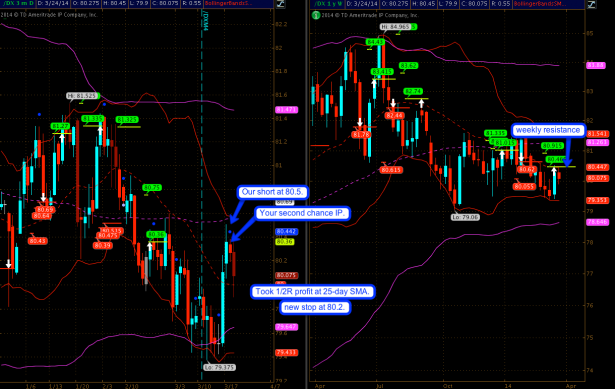 If you can rely on one thing in this market then it’s that ole’ bucky is getting its butt kicked near important resistance zones. I suggested a short at 80.5 last week and I barely got triggered by a few ticks. I have earned 1/2R on this one and will keep the other half running with a new stop at 80.2.

Bummer about the CAD/JPY this morning – didn’t trigger long before faking a short. FX is pretty nervous lately and it’s affecting equities a great deal. A few setups below the fold for my intrepid subs: