Another Rough Week In The Making 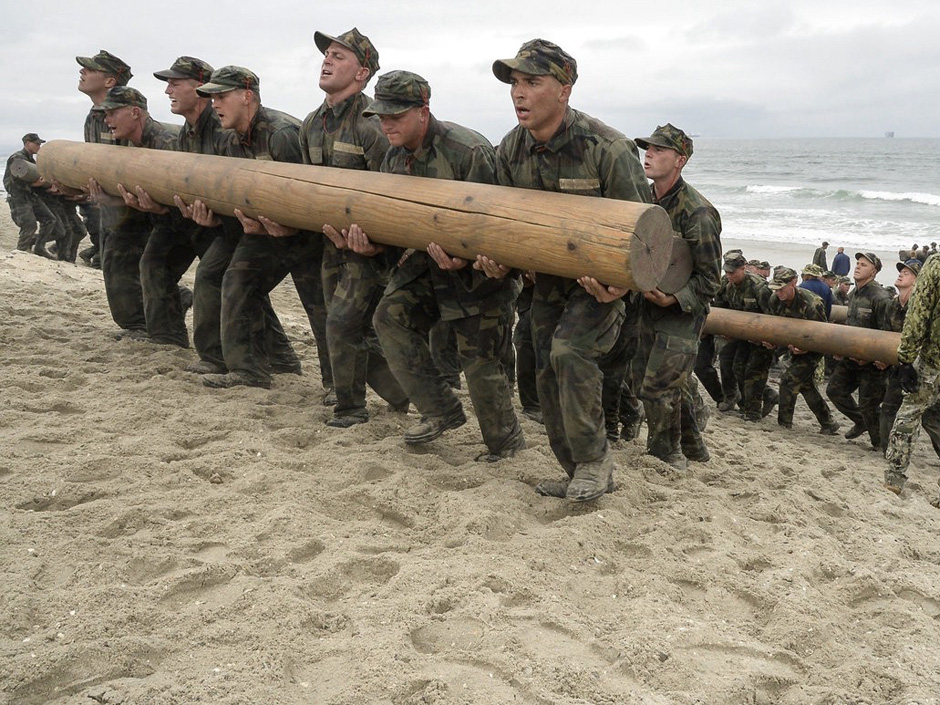 Rob Hanna over at QuantifiableEdges has presented data that suggests high odds for a sell off in week #39, which of course begins today. He has been tracking the SPX since 1960 and his data suggests that “the week following the 3rd Friday in September has produced the most bearish results of any week.” For more stats please head over to his blog – he is doing great work and happens to be one of a handful of quant traders I follow. 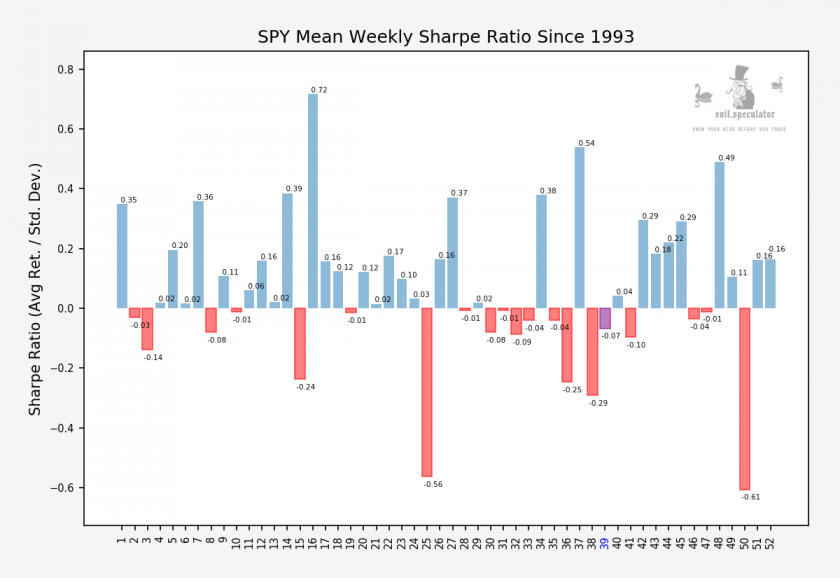 My own SPY stats show a bearish bias as well but less so, which isn’t overly surprising as these stats only go back to 1993. The reason why I’m using the SPY and not the SPX is because of the Yahoo data used in the script which I eventually plan to replace with a python script that connects to IQFeed. That code has been written but I haven’t had time to refactor the script yet. 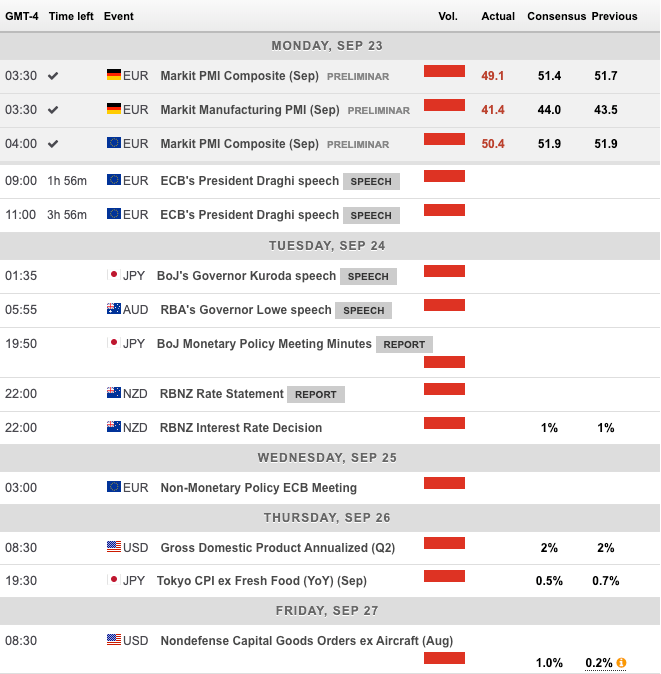 On the event front we have Draghi scheduled around the time the NYSE opens, which should be good for a few fireworks. Wasn’t the man officially retired? Either way he’s on the way out and whatever comments he may offer have the potential to roil markets. 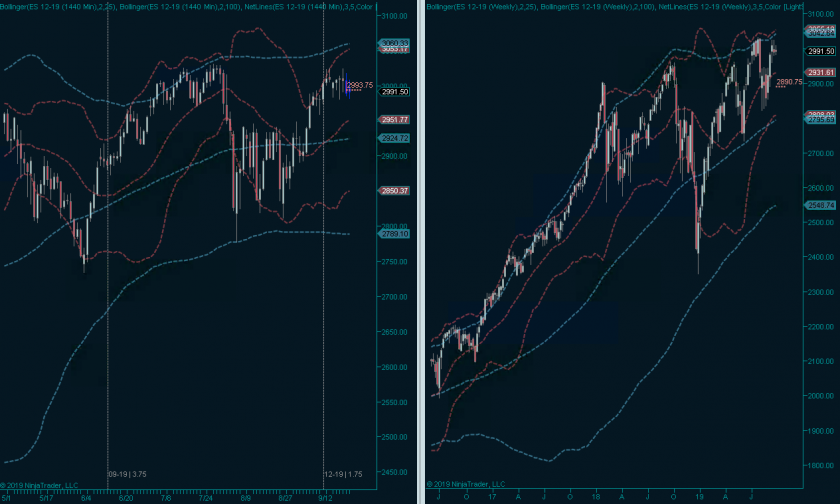 Price action on the daily and weekly shows us a reduction in realized volatility and a support zone near ES 2950 followed by ES 2925. The technical excuse for a 2950 support zone is the 25-day SMA which I concede has been largely ignored lately.

Thus a drop to the 100-day SMA at ES 2925 or even the 100-week SMA at ES 2930 is more likely. Let’s see if option traders get it right and prove wrong all those silly lines I enjoy drawing on my charts. Let’s not forget that SMAs have rather little predictive value in that they are based on hindsight data while option prices are based on forward expectation of volatility. 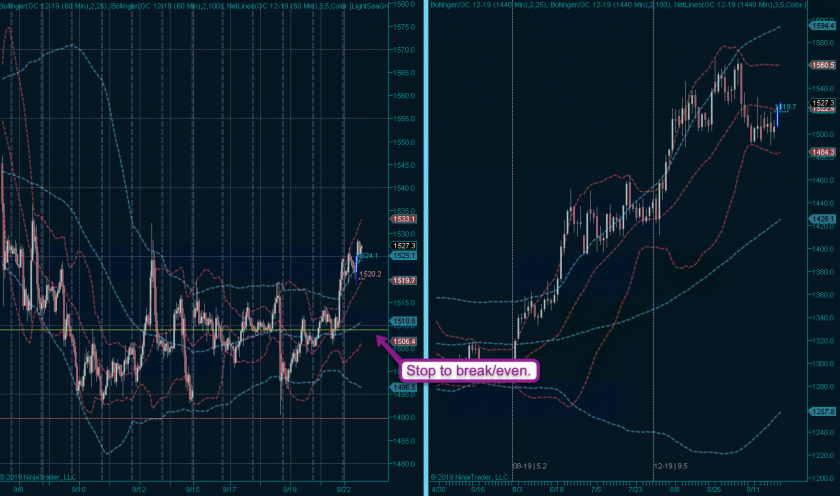 My gold campaign has taken its merry time but eventually resolved higher late last week. The daily panel shows us a possible breach through a Net-Line Buy Level which is no guarantor of success but a big step forward.

A breach through GC 1535 will be needed for things to truly pick up momentum. My trail now advances to the break/even mark in hopes that Draghi is not going to stomp on the gold bugs one last time.