Are The Wheels Back On?

Massive reversal today and frankly quite a bit more forceful than I had anticipated. So it seems the Mole got played on this one. I had it right on target regarding the bounce – our P&F pointed at SPX 1920 as its bearish price objective and our monthly NLSL sits at 1930. The SPX dropped right in between those two and our current low stands at 1926 and change. From there a bounce was to be expected but today’s rip higher is rather bullish and we could see continuation higher here. 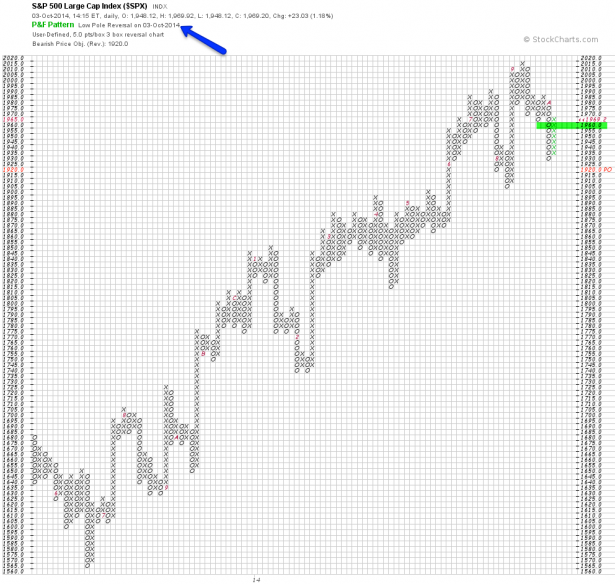 I posted this chart for my subs in yesterday’s long term update – the area I had highlighted in green was 1960, which is where I expected a low pole reversal warning to kick in. And that’s exactly what happened today – the odds were preeeettty tiny for this to happen. And it certainly took a few market participants by surprise. Fortunately I had no dog in this fight (except for the Thor campaign – see below) and thus escaped this little trap unscathed. 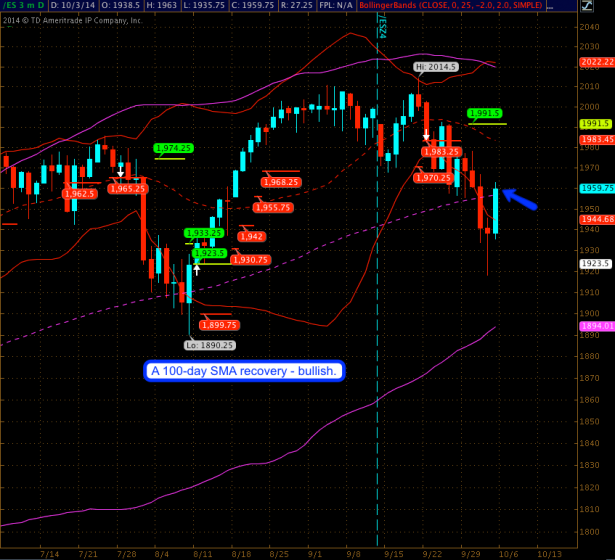 If you are a bear this is a very ugly chart. Only a drop back below the ES 1960 mark (and better below the SPX 1960 mark) gives the bears another shot at some autumn fun. Not saying it won’t happen but it has to happen soon and in addition the tape must not breach back above the 25-day SMA. 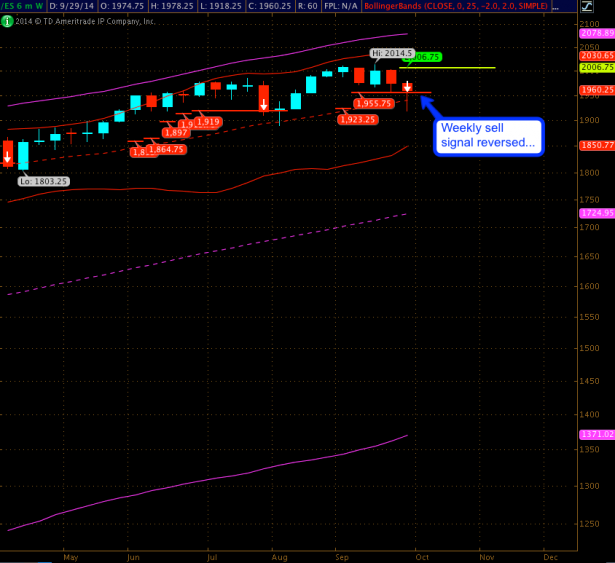 The weekly panel actually had triggered a double sell signal yesterday and a close below it would have locked in a major blemish for the bulls as this would have been our first official medium term sell signal. But both were reversed today and this is a big kick in the nuts for the bears.

As you can see on our NYSE UVOL signal – since the lows this has been one concerted short squeeze. It would be a mistake to cling to yesterday’s picture and not consider that the bulls can drive this higher. Yes, it could be one last spike higher but we get to that… 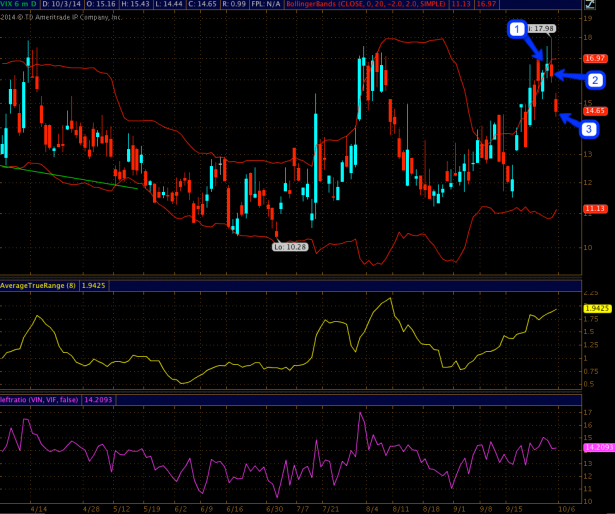 More bullish ammunition – the VIX is most likely going to complete a bonafide equities buy signal. And potentially plenty of space below… 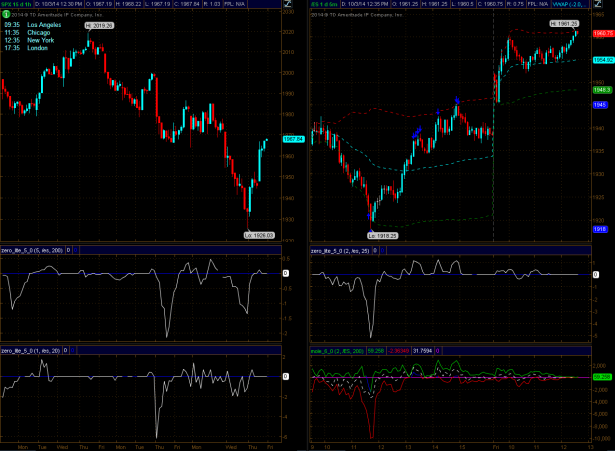 Now to the bearish evidence, which is why I don’t count them out completely just yet. The Zero signal is completely flat and this supports the previous chart in that this drive higher does not enjoy wide participation and could just be a bot driven squeeze which may fizzle out next week. 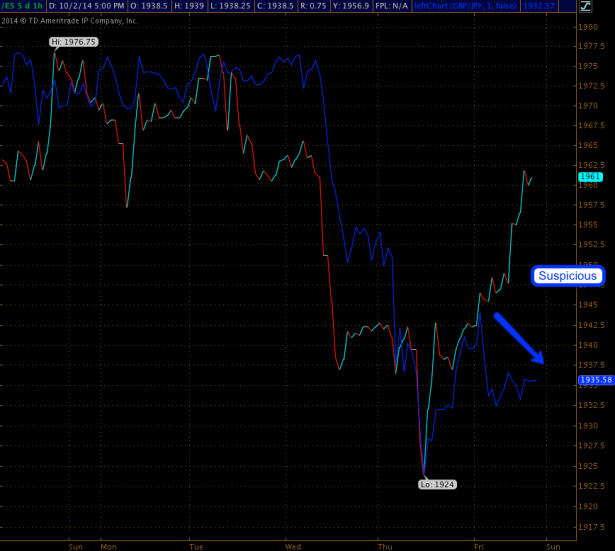 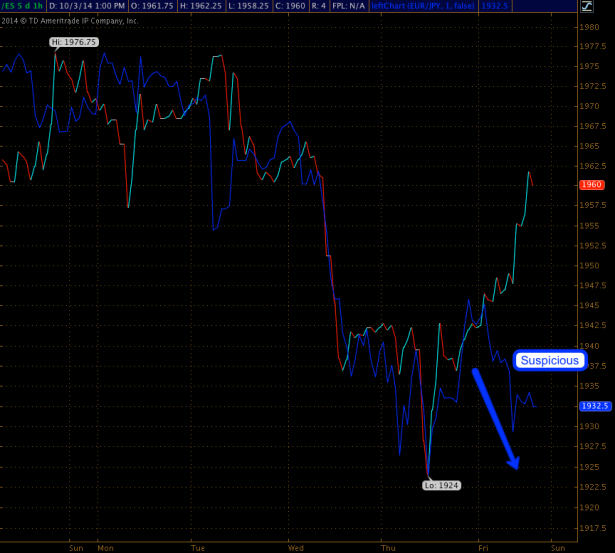 ..nor on  the EUR/JPY. This is highly suspicious but the Dollar has been pushing hard today (who-hoo!) and this correlation has weakened somewhat recently.

Bottom line:  The bears are now officially on notice across the board and the onus is now on the bulls to drive this higher. Should the bulls fail to do so then the jig is up and the wheels will come off next week. However, simply holding SPX 1960 for a session or two will send any remaining grizzlies back to the sidelines – old habits die hard and the bulls still enjoy home turf advantage. Until proven otherwise they are effectively back behind the wheel. Inflection point: ES 1960 – below it the bears stand a chance – above it the bulls will probably bury them once again. 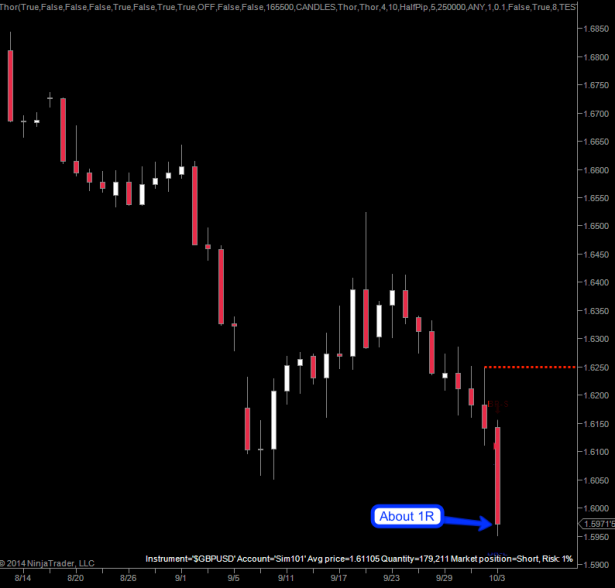 First up apologies for not deploying Thor earlier this week. I kept running into little things to fix – you know how it goes but it will be ready for Sunday night and (barring any major problem) that’s a promise. Here’s the GBP/USD which currently has earned us ~1R. 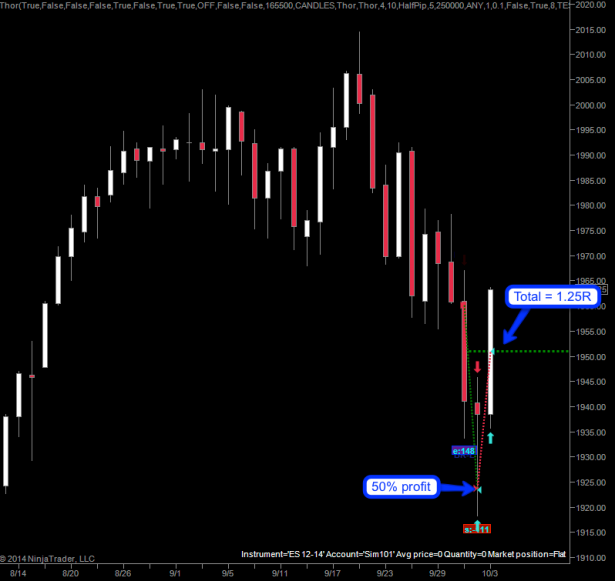 The ES bounce still left us with 1.25R as Thor took 50% off our units off the top near the lows. 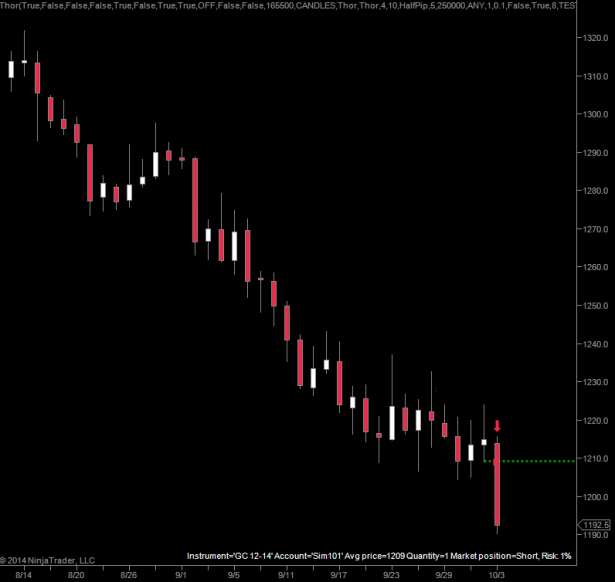 Gold also in good shape and our stop is now at break-even. Let’s see if we see continuation lower – this is a great start.

One setup below for my intrepid subs – sorry, all I could dig up today but it’s a good one: 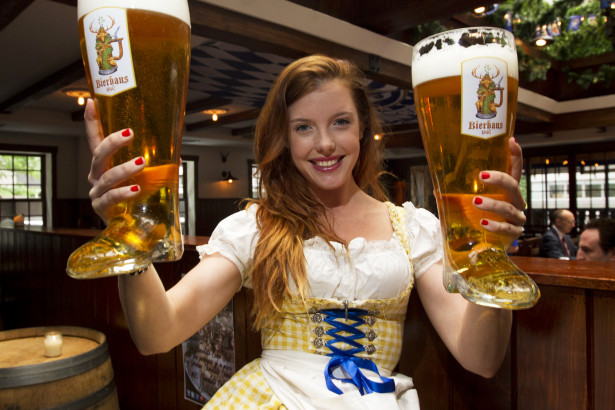