I just rolled out of bed as I’m feeling a teeny bit better. Doesn’t look like I missed all that much thus far but the flatline on the Zero Lite looks a bit ominous. Usually those patterns are precursors to big surprise moves and we obviously are worried that the surprise is going to be on the long side again. 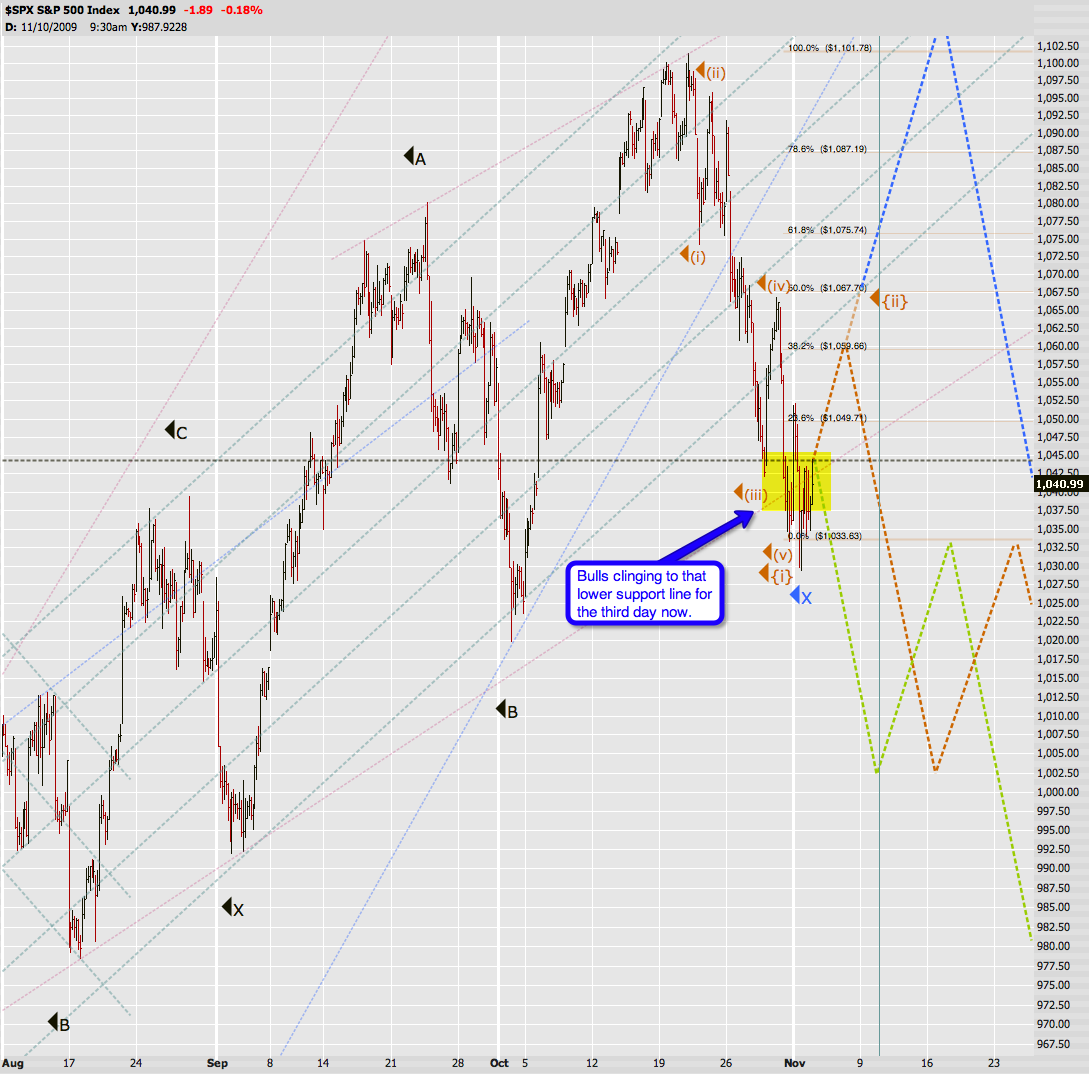 Quite frankly there is however nothing much to say in regards to the wave count – we are either subdividing on a small degree or we are painting some kind of flat correction – which in itself would be rather bearish as a flat is a compressed and less powerful cousin of a zizag. Psychologically this sideways action of course is a bit of a boon to the bulls (or the market makers) – the bears are quite jumpy still and although they are hoping for green what they are worried about is a larger version of orange and perhaps even blue. This is the point where you need to be at peace with your position. I have been saying this for quite a while now: You must be prepared to take a complete loss on any money you’ve got riding on the short side right now. This is the only way you will ever be able to sit through the gyrations and fake outs of which there will be plenty. Approach the market like a samurai walking into a battle – if you can face complete destruction with a settled and focused mind you might in the end arise victoriously.

If you are not the samurai type then wait for the new trend to firmly establish itself – and I hate to say this but we are far far away from that event. I am looking at those candles on the ES futures right now and I just can smell them itching to take this thing higher. Obviously the market has accepted the current level as a stopping point and if the bears are unable to take this thing lower we are assured to push higher into orange and if the bears don’t make a stand perhaps even into blue (i.e. new highs) as Berk insinuated this morning. 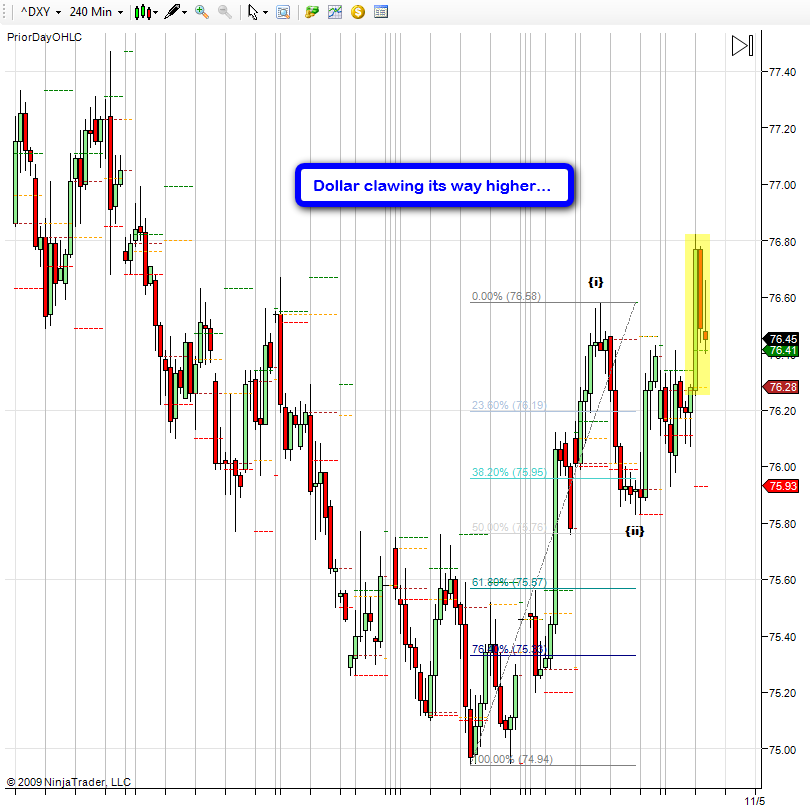 That was quite a spike in the Dollar this morning and although I’m glad to see a push higher I’m frankly a bit taken back (literally) by the immediate sell off that followed. I am not sure what exactly is going on here but it’s not good for the bears – at least in the short term. 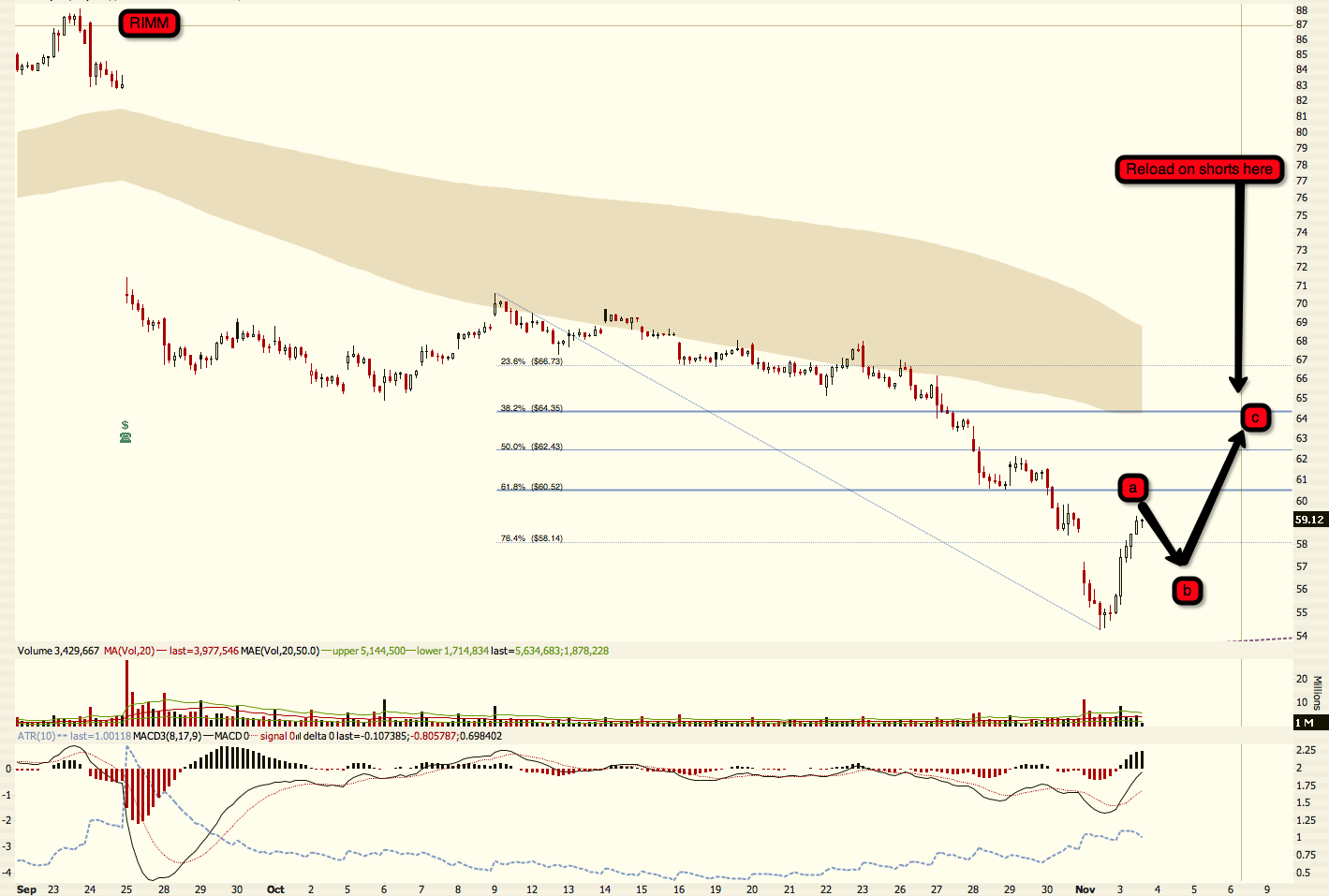 Loving 64 for an entry 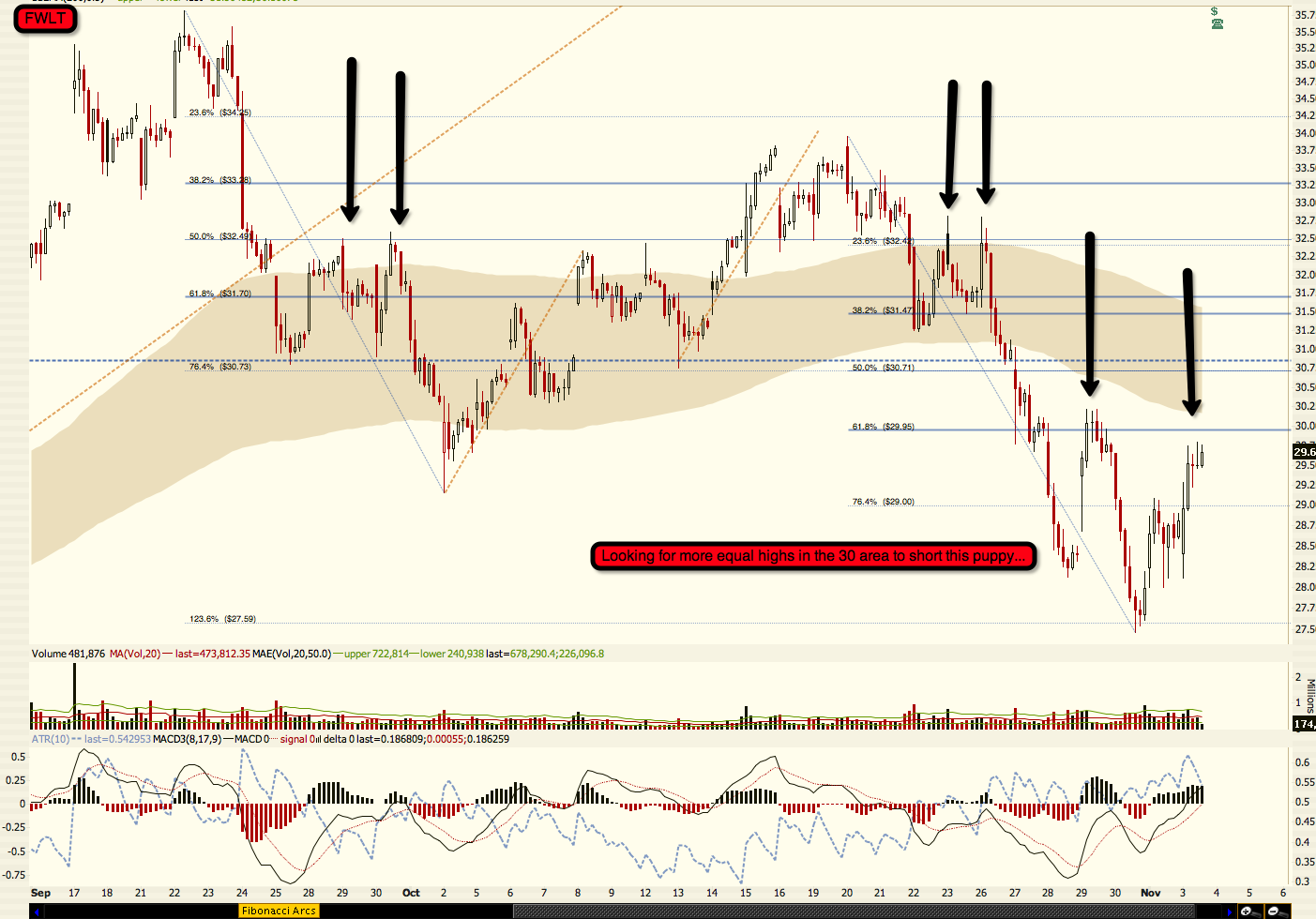