I promised you guys sideways volatility and boy, I wasn’t kidding! It’s been another wild ride here in the churn zone and the level of frustration across the retail crowd is evident. My advice – keep your emotions under control and comfort yourself in the anticipation of the rewards that usually follow chop and the burn. 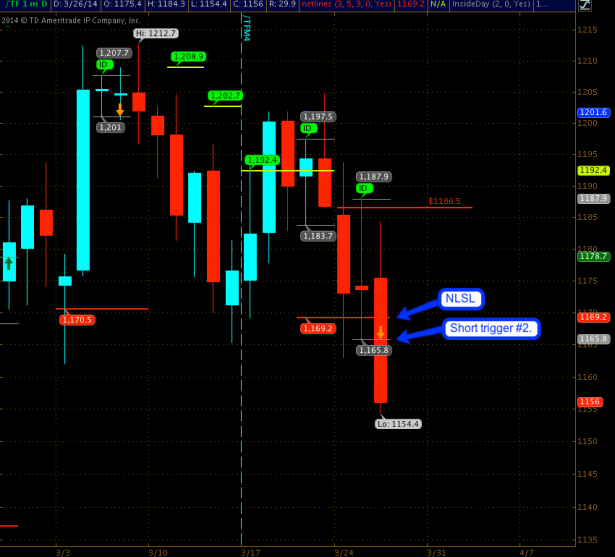 So obviously I’m not very happy about being stopped out at b/e yesterday just to trigger another short entry today. Frankly it sucks but I told you all that these things are the price of admission. I can’t promise you that this one will continue lower either but an entry is an entry and that’s that. 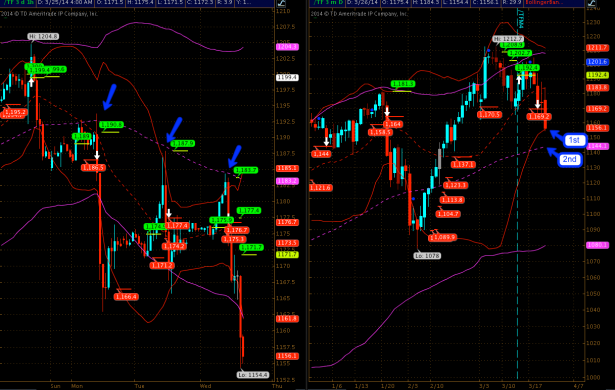 The 100-hour on the TF is now confirmed resistance and that should come in handy should we get another swing to the upside tomorrow on some dubious rumors or headline spike. Right now the TF is facing its first level of resistance at its lower 25-day BB. A few handles lower near 1144 we have the 100-day SMA, which however has no strong context, so I’m not giving it that much credence just yet. 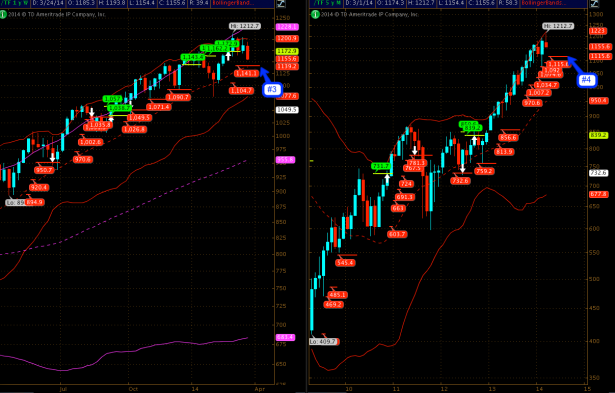 The long term panel shows us a weekly NLSL at 1141, just a few handles lower – that’s strike 3. And then there’s the monthly NLSL near 1115. I would LOVE to see that one go bye bye in the next three sessions (i.e. before the monthly candle settles) but the odds for that are dubious at best. We can hope for it but we shouldn’t trade in anticipation. 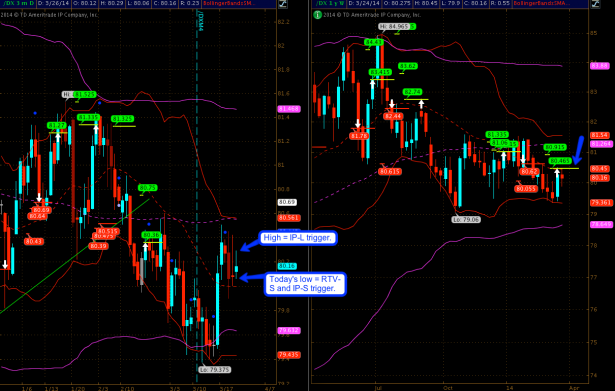 You may recall my DX short entry near 80.5 – given today’s IP candle I’m moving my stop down to today’s highs plus one tick (it’s a future). Now it’s also producing an RTV-S (and of course and IP-S), so this is going to be interesting, especially given the 25-day SMA support looming below.

FWIW – being an expat (and earning in Dollars) I hate to see the greenback being stomped on week after week but that’s apparently the master plan, and there’s nothing I can do about it. Instead of bitching and complaining (or sarcastic discourse for that matter) of which I see plenty out there my preferred approach is to simply hedge myself a little by trading along. 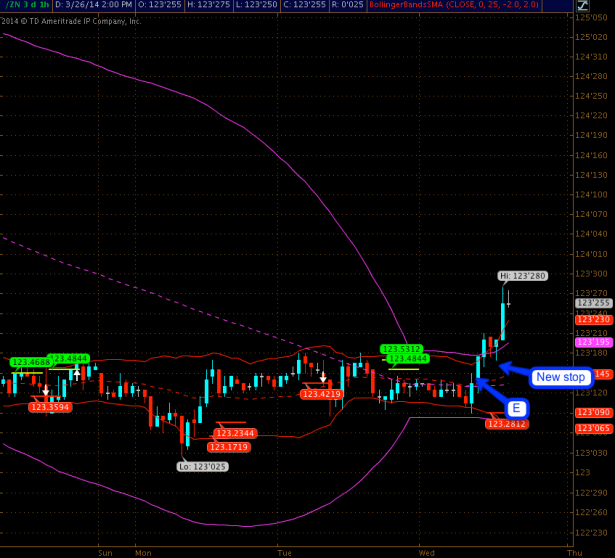 Now IF you were a lucky sub this morning then you surely remember my favorite setup of the day, which was this massive BB compression on the 100-hour and 25-hour bands. I was expecting acceleration and got rewarded with an instant push higher at the very next candle. We love it when that happens, don’t we?

My new stop is now at the next spike low (already locking in ~1R) – which is my campaign management style for strongly trending campaigns. Let’s see if this one can’t climb its way higher.