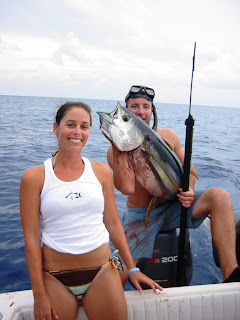 I’ve recently worked my way to the short side of the ship, which means firing from a stern bow now. The best move, I have learned in this bloodthirsty state, is to update my eligible list of go-to growth longs.

Why do such a thing? The market’s going straight to hell in a wall mart e-tail basket, right?

And I do love the Thanksgiving week. I’m endlessly thankful when I can trade so easily. Monday and Tuesday have a decent tendency to sell, while Wednesday and then Friday’s half-session love to quietly lull higher; so much that by an hour into Friday I’m by then focused on other lusts, but still somehow making money.

Click on the upper left of the graphic above (the other left) and you see the top-50 of IBD’s updated industry group rankings (50 out of 197 total industry groups; roughly the top 25%). I’ll get into this more elaborately another time (if I’m not lost at sea), but briefly for now, I hunt for longs focused on the highest ranking groups, as well as those rapidly increasing in score. I throw out several groups because they have too few stocks, or they publish newspapers or something like that. So in fact three out of the top four groups at the moment are not of interest to me (this graphic does not show the number of stocks in each group, unfortunately, but textiles and housewares have only four names each in the group).

Noting the highest scoring groups is easy enough, while the following have been rapidly increasing in relative strength (RS):

One thing I can say is that I wake up to a lot less names on my long-book gapping-down dramatically, by buying only highly-ranked groups. I tend also to avoid a high-ranked group which is dropping rapidly in score (current ex: Banks-Foreign). I should further note, I generally do not short from the higher ranking groups, especially not from a group rapidly rising in RS. More on all of this later.

Note: Several of the above stocks are currently extended. The list is not for buy set-ups here and now, but my list of eligible names (and I recommended nothing just now, except reading all of the disclaimer texts on the site). A strong slice down on an extended leader is often a good entry. I break the names into their respective groups because on a given day I prefer to judge the leading and lagging groups for that session and shop then accordingly (cruising my individual names from that day’s leading groups and avoiding that days worst declining groups; although sometimes I may buy a leading group, which is lagging on a given day, nearer to the close of trading). Finally, I left out the Metals-Gold/Silver group, which is again increasing rapidly in rank. I will try to post the (long) list of eligible miners, should I find myself buying in this group (I am avoiding for now due to the potential firming of the Dollar).