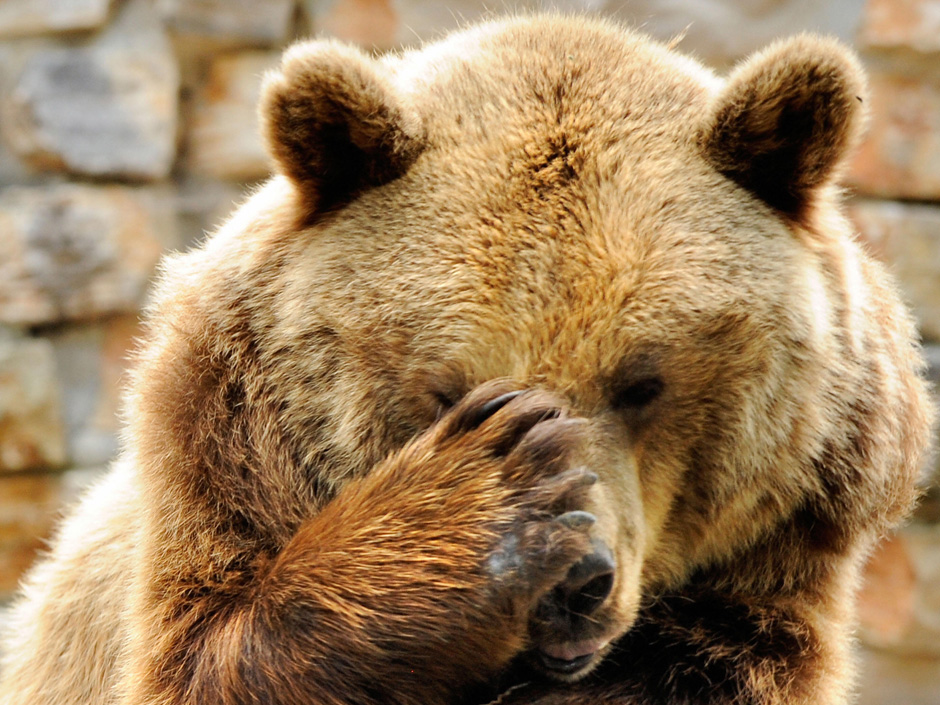 Everything I touch today seems to either be out of commission, requires maintenance, or repeatedly crashes. One of those U2 Mondays I guess, so after burning through two frustrating hours this going to be a pretty snappy post. That said – the two charts I was able to scrape together should be raising your eyebrows, especially if you’re bearish. 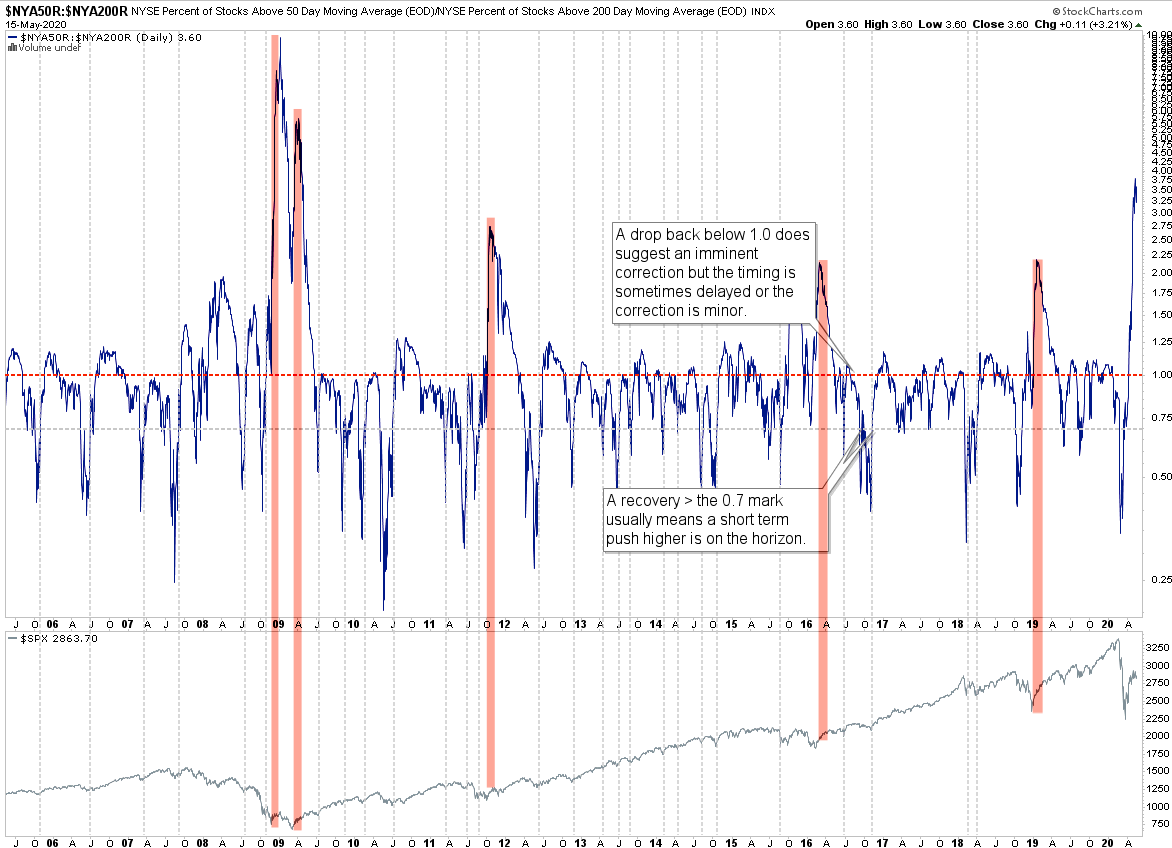 I actually hinted on this a week or so ago when I talked about market breadth. It’s no secret that tech in particular has mostly been responsible of driving equity indices higher over the past few weeks.

So on observation of the current spike on my breadth chart in combination with the sideways churn over the past two weeks it’s easy to assume that we’re heading into another down cycle. If that is you then I recommend caution as history going back at least a decade suggests otherwise.

It’s true that smaller spikes > the 1.0 mark are often indicative of a an impending market correction. However if those spikes exceed the 2.0 mark on the NYSE breadth chart then the opposite seems to hold true.

Excessive spikes > 2.0 (where twice as many stocks trade > the 50 SMA than the 200 SMA) appear to occur near major market lows. Notice the use of the word ‘near’ instead of ‘at’ as admittedly in some occasions there is another stab lower – however it rarely exceeds the previous low, and even if it does then not by very much. 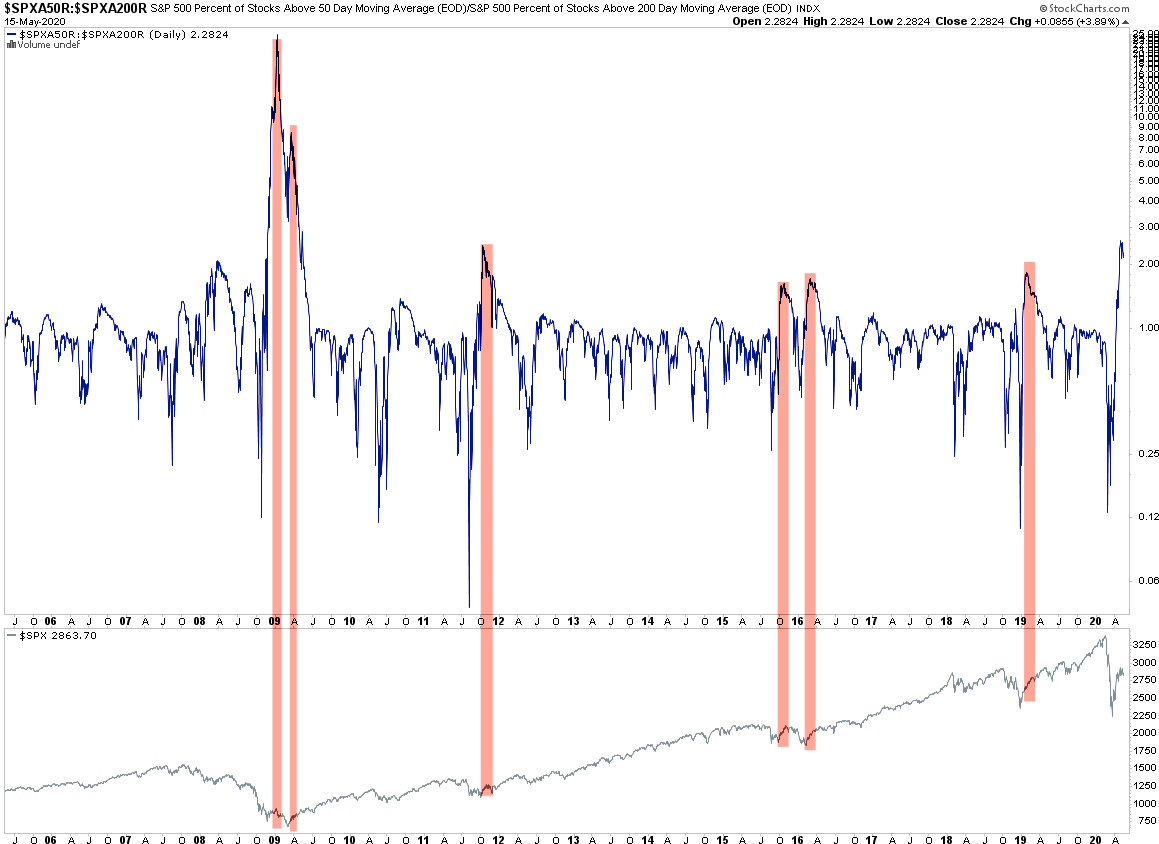 The SPX breadth chart above shows similar observations than the NYSE albeit we see fewer spikes > the 2.0 mark – here I counted everything above 1.8. FWIW, we have to go all the way back to the 2008/2009 crisis to encounter a similar signal as today.

Back then it took almost a year to produce such a breadth signal spike while it happened in a matter of weeks this time around. Interesting times indeed.

Another leg lower is of course a possibility but given the historical data another major low this year, e.g. SPX 2000 or below, appears to have a low probability.