Barbarians At The Gate 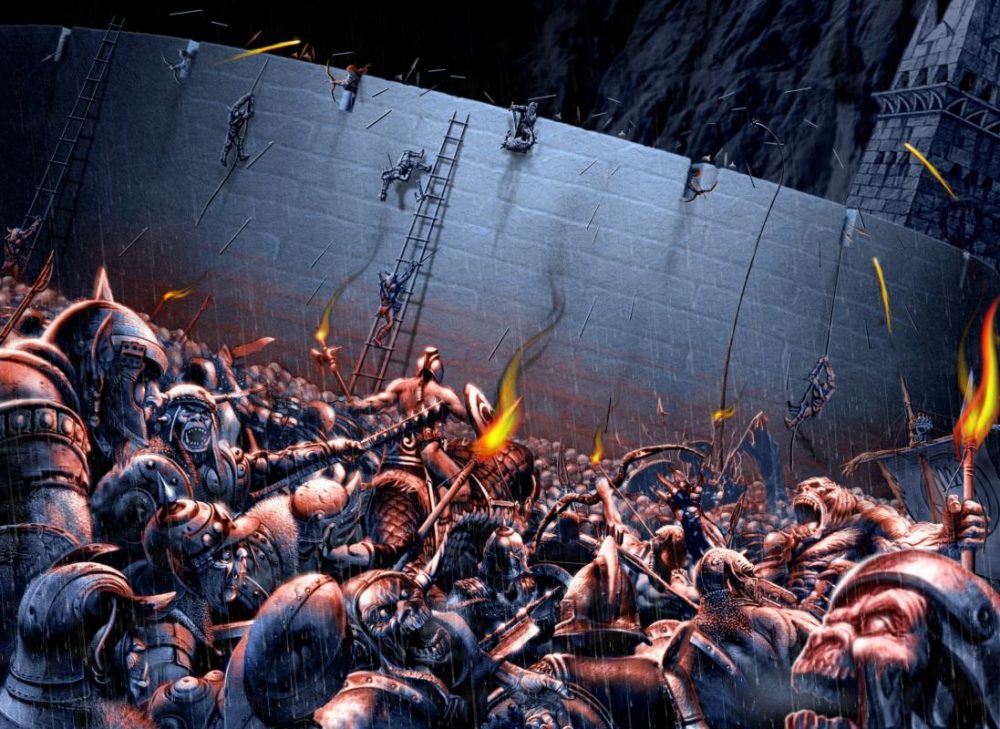 This doesn’t seem to be my month as I had an extremely crappy day yesterday. And I’m not even referring to the almost instant stop outs I racked up on the E-Mini and the EUR/USD (fortunately position sizing was small in anticipation of monkey business). So what happened was that I got in touch with my hosting company about some strange errors a few readers and I kept seeing when loading the site. Some sys admin at my hosting firm decided to dig deeper and then came back saying that evilspeculator had suffered an SQL injection attack and that the entire database most likely would have to be rebuilt. YIKES!!! Relax – it turned out to be bullpucky and everything is fine. But you can imagine how much sleep I’ve gotten last night.

I’m pretty technical, having been a developer for almost 30 years now, but unfortunately I’m a pretty shitty sys admin. So after dealing with less than confidence invoking tech support at my hosting firm I asked Scott if he knew a good admin who could sort out the problem. Right away he forwarded me the contact info of a guy in Australia who he had worked with. The guy went to work and in the end it turned out to be a misconfiguration in the db’s charset setting. He also found a lot of crud that had accumulated on the system over the past nine years and will require a bit of house cleaning over the coming days.

So NO hacking attack had occurred (or at least succeeded) and he fixed the site loading problem within a few minutes. As you can imagine I am not pleased about the unnecessary emotional roller coaster (and waste of a complete day) my hosting firm put me through and will be looking for another [better] one. Anyway, just to be sure – IF you see a page loading error resembling this:

… then please send me an email to admin@ right away. Thanks in advance and apologies for any problems you may have had accessing the site. 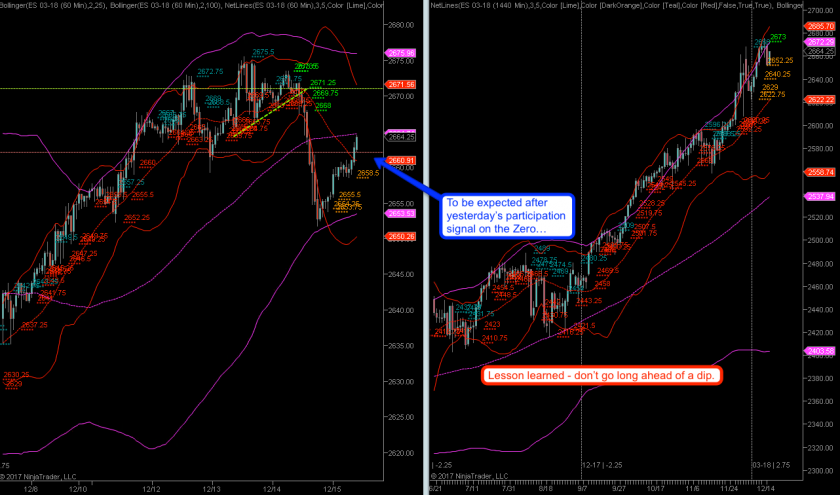 Alright, back to trading and although I’m not in my best mental state right now I was able to scrape together a few interesting nuggets for you guys. For starters the E-Mini is currently reversing yesterday’s concerted sell off and I expect the 100-hour SMA to be recaptured near the opening bell. Quite frankly this is one campaign I should have just said no to given the historical statistics for week #50 on the Spiders. 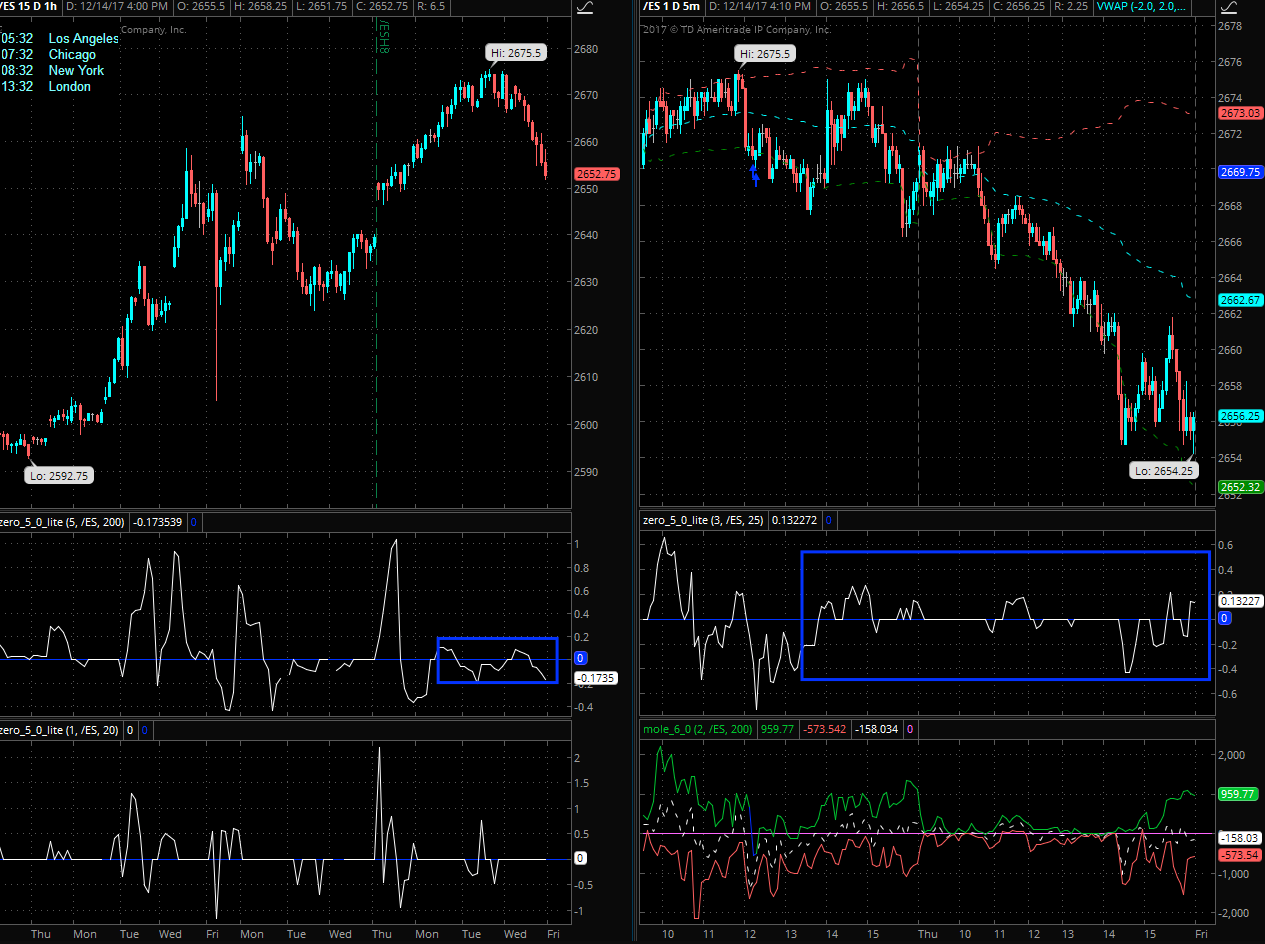 The Zero indicator remained flat all through yesterday’s session with the max bearish signal slightly above 0.4. Which means there was no meat on the bone here and the tape was driven by a minimal number of participants. I would not have expected this this early in the season and it looks like profit taking to me. Could also signal early signs of distribution, especially given the run up early this morning. By the way, if you’re not yet a Zero sub then don’t waste time and sign up here!

The UVOL:DVOL scanner shows us that selling really took off steadily after lunch. Liquidity seems to simply have switched from buying on Wednesday to selling on Thursday. 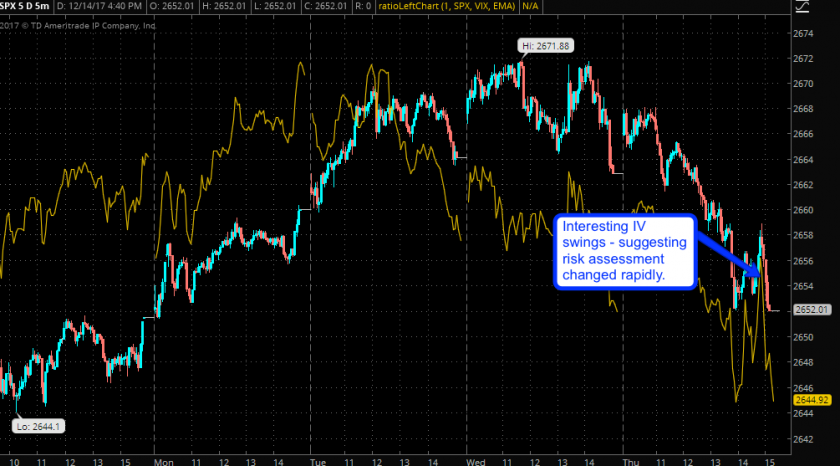 Now the VIX started to fall toward the end of the session, which caused the SPX:VIX ratio to punch up a little. Price responded a little but only followed through overnight, of course after which most retail participants are able to do anything about it. 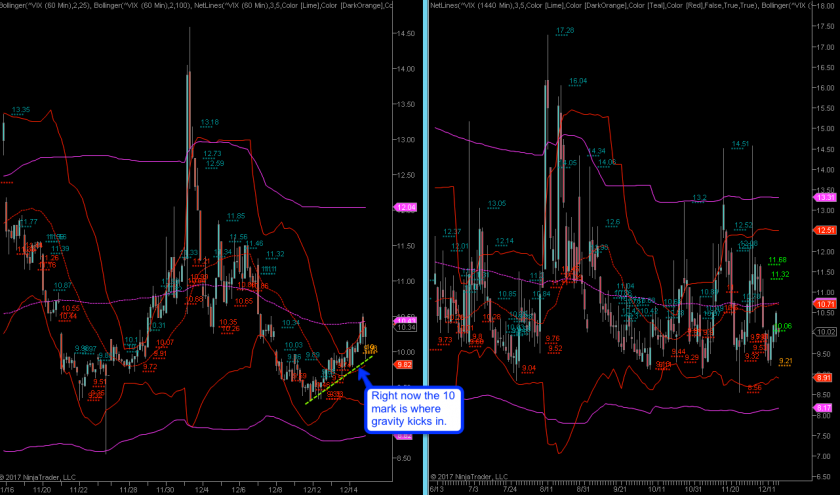 Here’s the VIX in all its gory. That little diagonal it’s been painting lately seems to be holding and our current inflection point for gravity control seems to be around the 10 mark and rising. Look for late last year to see what happened next. It’s not impossible we’re going to see a similar sell off in equities in January but I don’t want to draw premature conclusions. Just be advised that IV is being priced incrementally higher. I hope you bought those LT puts when I told you. 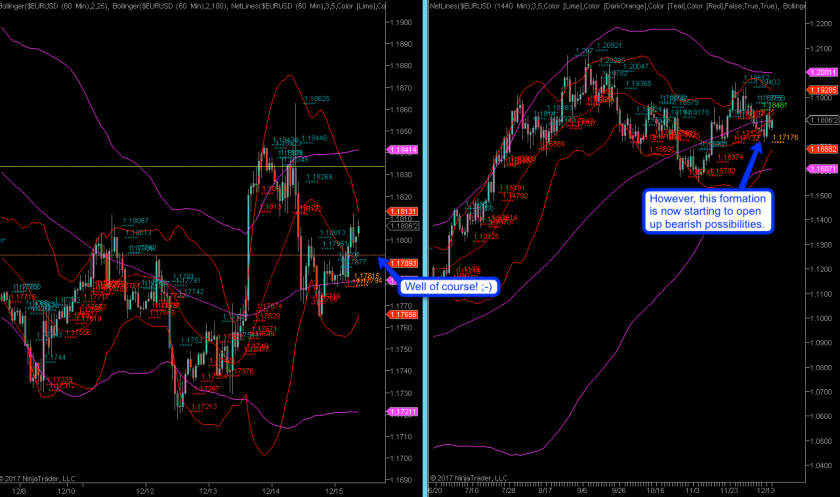 And here’s the second symbol that ended in an almost instant stop out yesterday. I must say, I would have taken this particular entry any time and no regrets here. Obviously this is actually a pretty good spot for re-entry but I’m not in the best of moods right now and need a bit of time to recover mentally. So I won’t enter here for now but if you’re brave and have less than half a percent to burn then use any drop toward to the 100-hour SMA with a stop below 1.1750.

The past year and the recent months in particular have been pretty taxing for me in terms of sheer workload and meeting internal deliveries. I’m literally pulling 12 to 14 hour days 7 days per week. Which is largely responsible for my relative absence in the comment section. However let me assure you all that I’m working my butt off in the background in preparation of very exciting goodies (i.e. systems) everyone here will be able to benefit from all through 2018 and beyond. Evil Speculator is getting even better and I hope you’ll all be along for the ride.