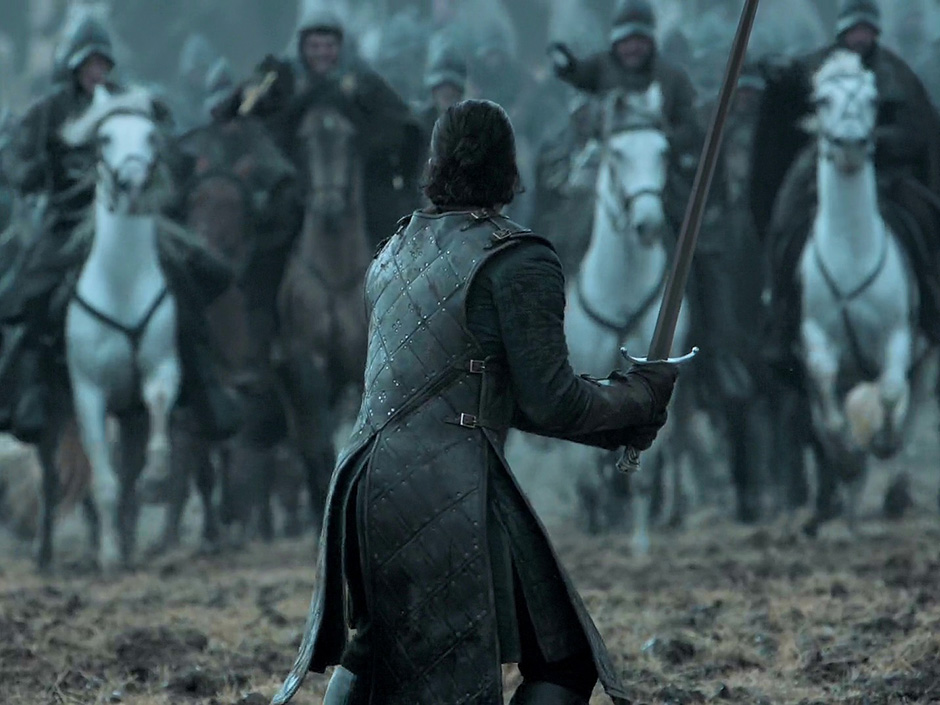 When it comes to the financial markets nothing ever moves in a straight line. For one that would be way too easy and if you’re looking for easy then I recommend you find yourself a hobby instead. That is probably one of the most difficult lessons to learn for fledgling traders as our minds are linear and short term oriented by nature while participation in the financial markets requires the exact opposite: non-linear long term oriented thinking.

That doesn’t mean I don’t enjoy the occasional one-directional crap shoot but just like in the game of chess coming out on top as a trader is predicated upon one thinking ahead and assessing a variety of scenarios along with their respective outcomes. 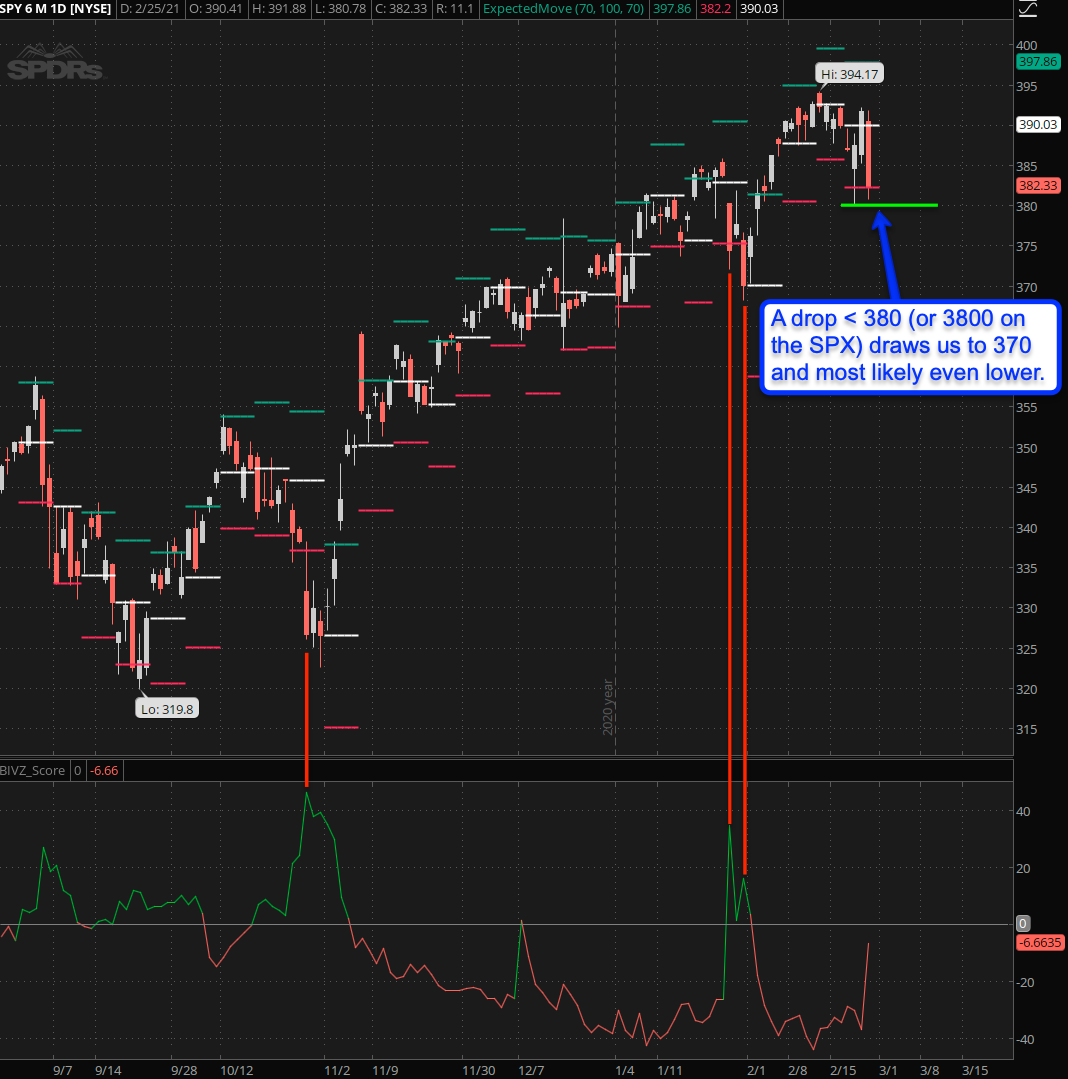 Most people look at the chart above and most likely assume that a dip through the previous lows will draw us lower. That’s all fine and dandy and I would agree. But how much lower and when?

Well, that’s the rub isn’t it? In reality the highest odds support something like this:

There are of course a variety of possible sub scenarios but I think you get the general idea. Having to choose between A and B is difficult as it involves making a directional bet near an inflection point.

There’s also quite a bit of FUD involved as eager bears do not want to miss out on ‘the big one’. On the bullish side the age old question of ‘when is the right moment to BTFD’ arises.

In my mind the answer to that question is to not play this game in the first place. Because timing the swings is near to impossible, even for someone like me who has been staring at charts for hours on end for over 20 years now.

Which is exactly why I love trading options and why I have been producing a lot of option related educational material in recent months. Because it’s the most appropriate and low cost tool in our arsenal to get positioned ahead of significant market corrections or the inevitable bullish snap back should a correction fail to materialize. 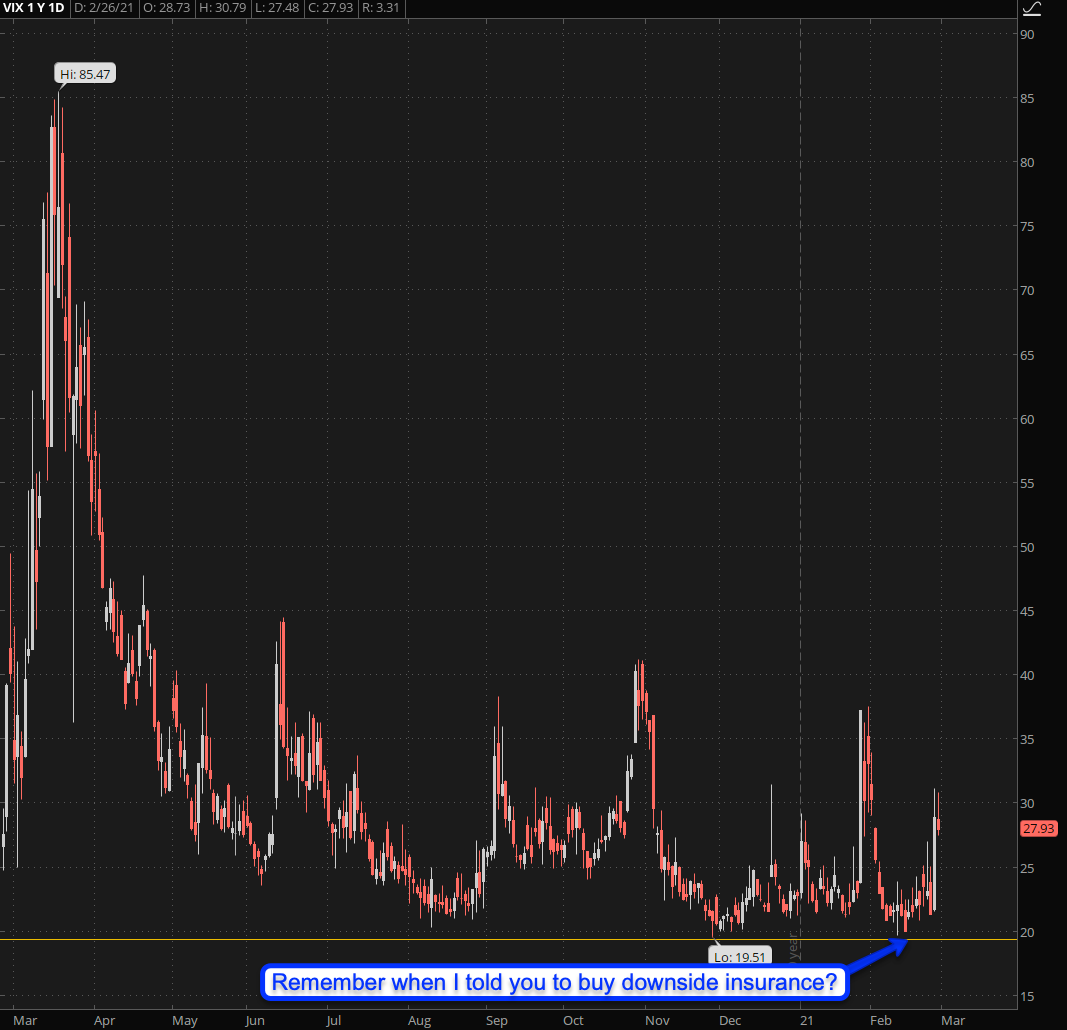 Assuming it’s done right of course. Remember when I warned everyone about a jump in implied volatility and that it was time to consider hedging yourself to the downside? Well, that time has come and gone as the VIX has once again abandoned its baseline above the 22 mark.

Which means that IV was available at a discount just a week or so ago and the same option you could have had for $1 will now cost you $2 or more. 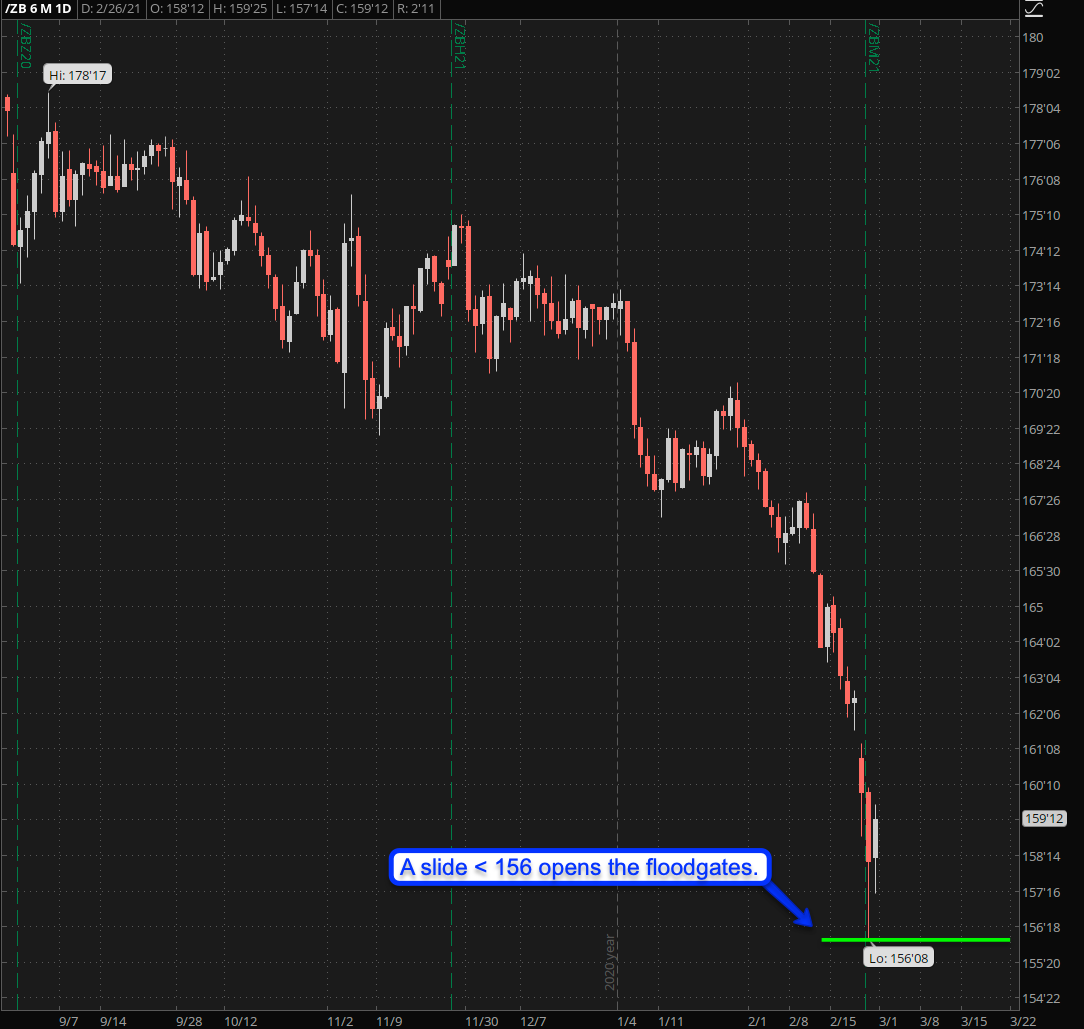 Coming back to this posts general take away message, which is that nothing ever moves in a straight line in finance: Bonds finally seem to have found a floor and may just be ready for a bonafide correction to the upside.

How long it will last is anyone’s guess but the battle line has been drawn and it’s at the 156 mark. Let me be crystal clear about this: If that threshold is being breached in the near future then it will open the floodgates of panic selling.

Now in my estimation this will happen eventually – sometime this year. When exactly nobody can say but I do know where to look for early signs of trouble: