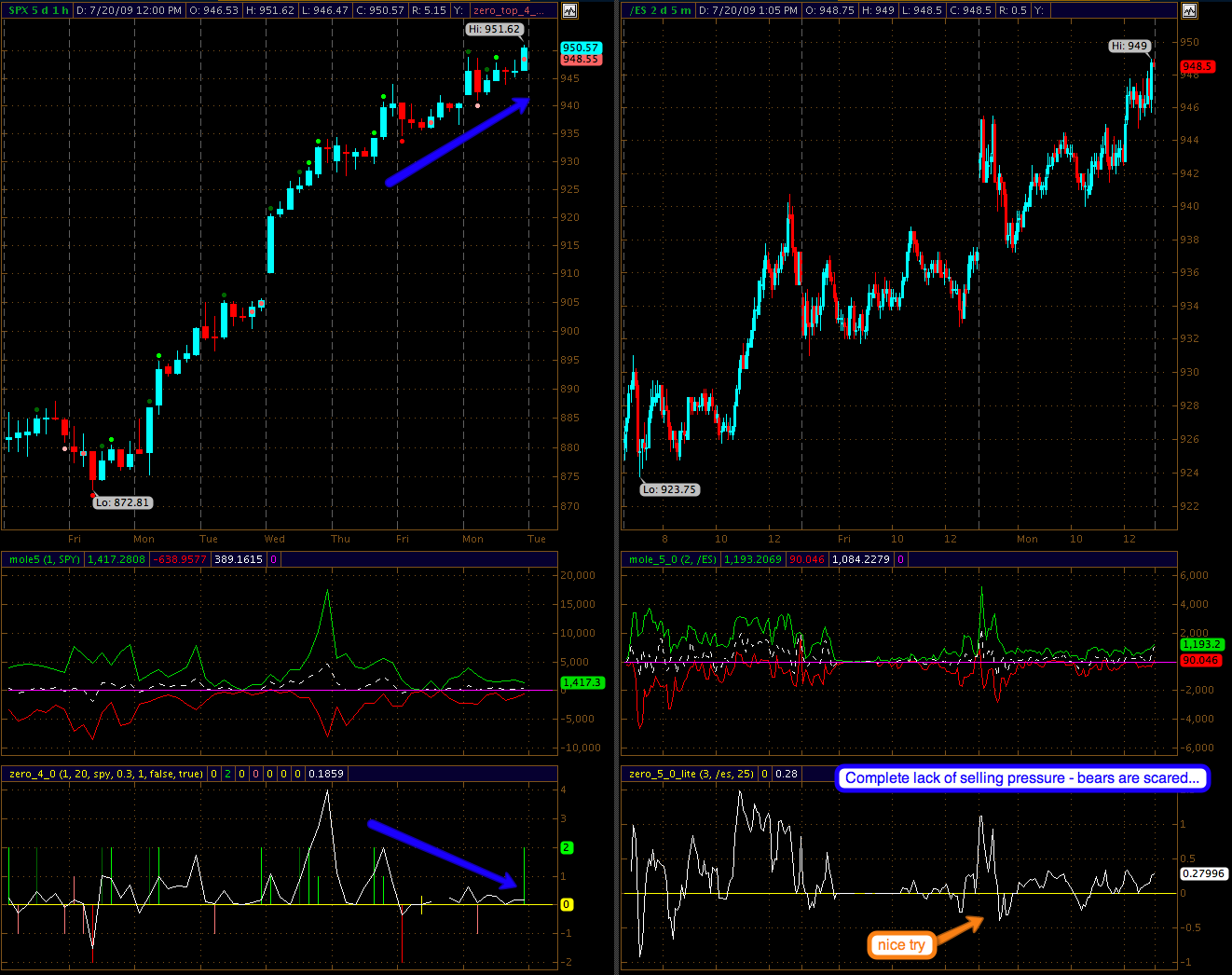 As you can see when looking at the Zero Lite chart – the bears today did not even dare try to sell this tape. There’s a complete lack of selling pressure – a theme that started mid last week and seems to have continued today. The bulls were in complete control all day – the little dip we saw was merely a VWAP revertion which allowed the bulls to buy the dip yet again for a rally into the close.

We are now getting to the point where we need to see an immediate reversal otherwise we could easily see another 30 day SPX day – to the upside that is.

Bears all around me are throwing in the towel – many have finally embraced the notion that a new bull market is upon us. This is quite amusing to me – although I don’t enjoy taking losses either, I usually don’t base my long term market outlook on five trading days. But the dominating sentiment among a majority of the bears has now reached one of capitulation. Let’s take a quick look at our Bear Emoto-Meter: 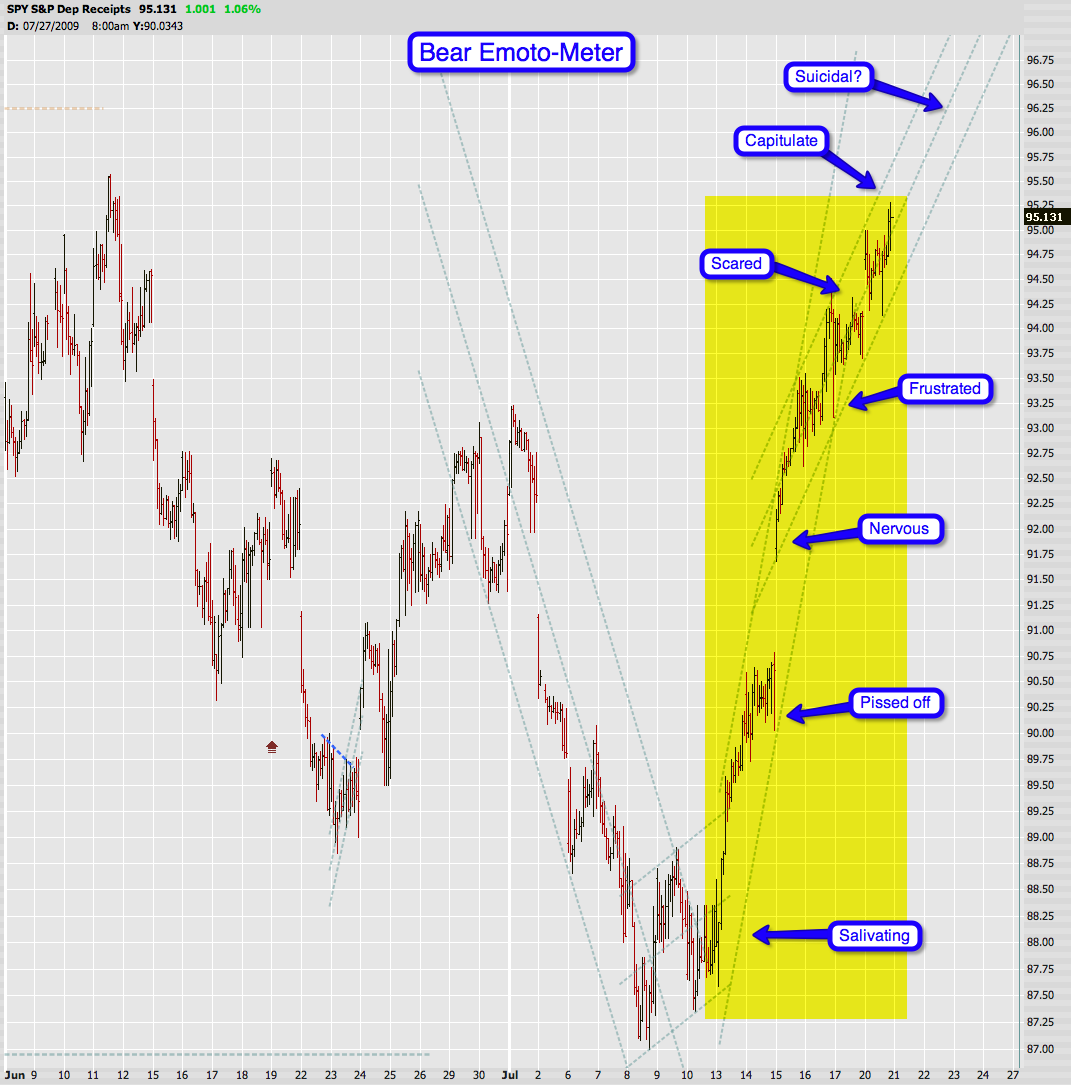 Remember just one week ago – when many couch potatoe bears were salivating at their Head & Shoulder neckline? Boy, have they changed their tune since then – the chart above shows the mental stages most of them were put through in the days after. It hasn’t been pretty and I can assure you right now and here that most of them finally capitulated after hoping that the Monday after OPX would bestow them with a chance to cash out. Which is actually why I was hoping for Soylent Orange but deep inside expected Green (or worse) to play out.

However, I do enjoy seeing capitulation all around me. I’ve always been a bit of maverick and that attitude has served me well as a trader. I can’t guarantee that we’re going down tomorrow but heck – I got August puts and let’s see if the 952 mark today was the lowest point until expiration. I personally think not 😉

BTW, before I forget it:

Not sure what you guys are waiting for but there are only a handful of subs so far. Maybe it’s all the fear and desperation out there – little boys and girls don’t want to play anymore – LOL. Yeah, yeah – you can call me an asshole (which I am) but I do make a good point every once in a while.

Ponder about that before tomorrow’s session.