I just parsed through my long term momentum/trend charts and am now seeing technical signs suggesting turbulent times ahead. The evidence is presented here without much commentary. Clearly Fed as well as ECB/BOJ/BNS printing has managed to plug the damn for years now and the last thing I want you guys to do is to turn into short or medium permabears. It’s quite possible we run up hard here in a week or two until we complete that inverse H&S on the SPX. Are we clear? Good….

However – if you are a long term trader then this is evidence you will want to take into consideration: 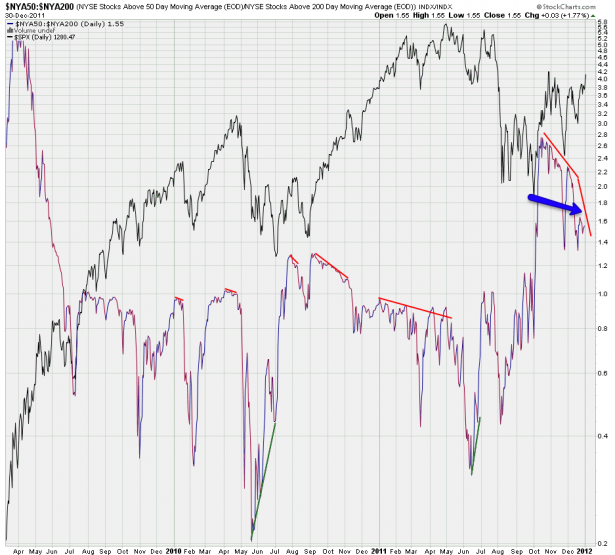 Let’s start with my ratio between NYSE stocks painting above their 50-day SMA and the ones above their 200-day SMA. Obviously a drop in this ratio suggests that the quality of an ensuing rally is diminishing. The chart is pretty clear I would say, in particular since this is the raw signal and not a moving average. Can you say massive divergence? 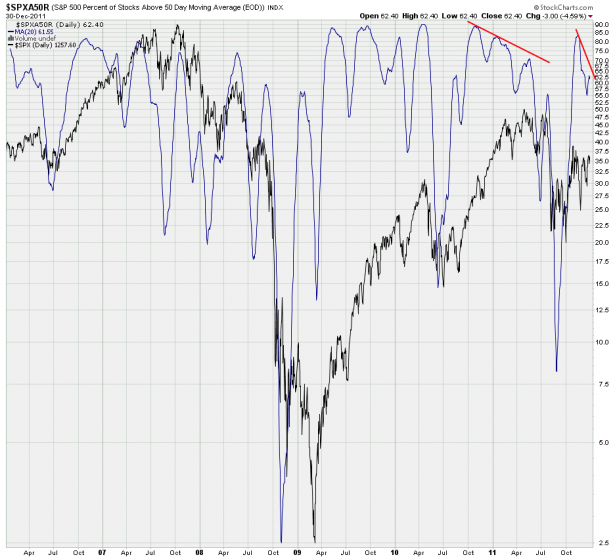 Exhibit B is the SPXA50R – the R means it’s quoted in percentage terms. This time I’m using a 20-day SMA and since today was extremely weak I don’t expect this signal to jump much in the coming days. Again, a clear bearish divergence. 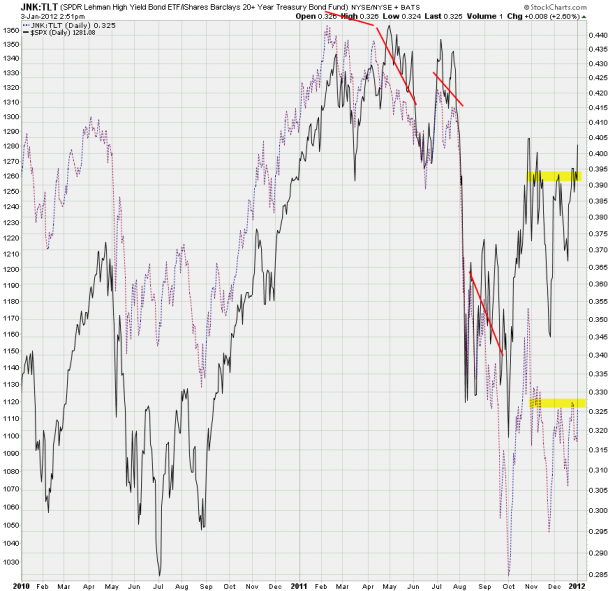 JNK/TLT ratio – looking divergent – I do however have a sibling: 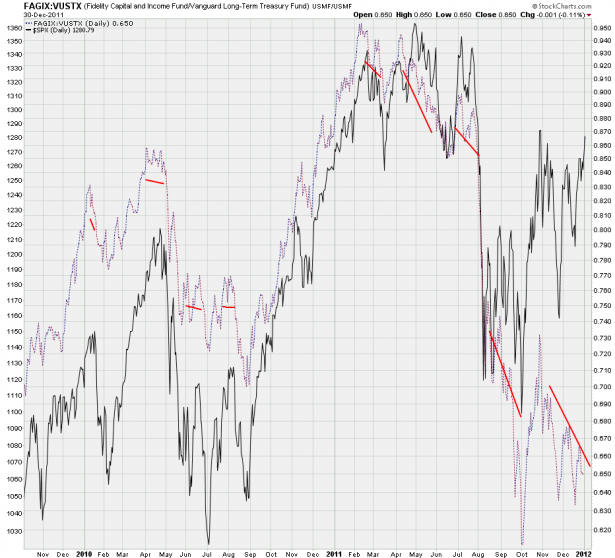 Same idea, this time measuring an ‘income’ (think junk) fund vs. a more conservative one based on boring treasuries. CLEAR divergence here. 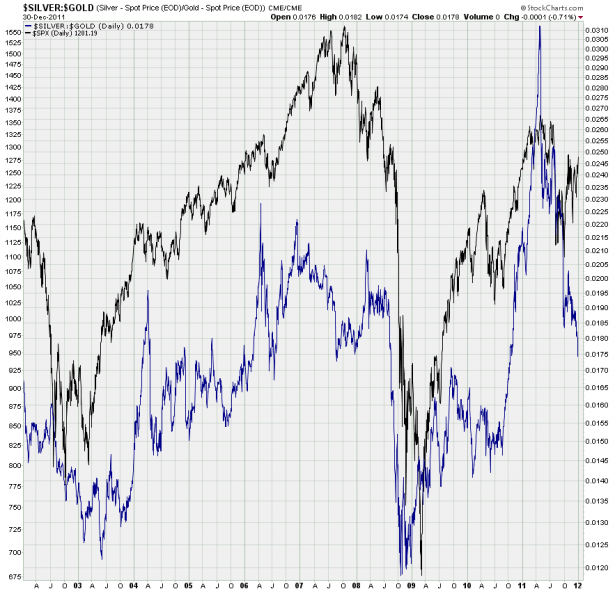 Finally, the big elephant in the evil lair – I didn’t notice the damn thing until it started to shit on the carpet and knock over some of my ground to air missiles. MOTHER of all divergences there – not sure what to make of it. Clearly it was in sync with the 2010 melt up and it lead the 2011 drop into the summer. Well, it continues to point down – hard.

Again, none of this should affect or influence your daily trading – these are long term signals that may be overridden by panic driven QE tactics. Long term however take notice and adjust your long term approach accordingly – or at least until the measures presented start to swing the other way.