11:15am EDT: I was just chatting with Keirsten about the insanity of this tape. It’s quite obvious now that this entire spike on July 8th was an orchestrated bear squeeze of mammoth proportions. The sole goal of this thing is to shake out the very last bear – even it that means popping the tape up for the 8th, 9th, or 10th day.

This was not about the money, this was about sending a message – everything burns:

The Feds want interest rates down plus equities up – this usually is an impossible task over the longer term – assuming of course the ‘free market’ is permitted to do its thing. Whoever is buying this is doing an excellent job of bending the laws of physics in their favor. Result: 10-year treasury yields (TNX) are dropping while equities are busting through every resistance on the map.

Something that seems also quite puzzling is as to why they seem to be in such a hurry – and I might have an answer for that one: 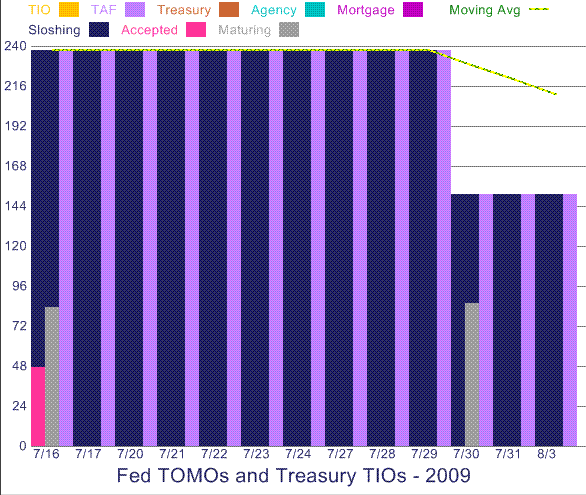 Again, the credit markets are a bit alien to me but I have spent quite some time researching this TOMO/repo business. As mentioned a few days ago – it looks to me as if there is a massive drain in liquidity looming, just about the beginning of August. This would seriously diminish the amount of ‘monopoly money’ available to various primary dealers. Could it be that this is why they are in such a hurry and are not even granting us a ‘token consolidation’? Does anyone have any insights on all this? Inquiring minds would like to know… 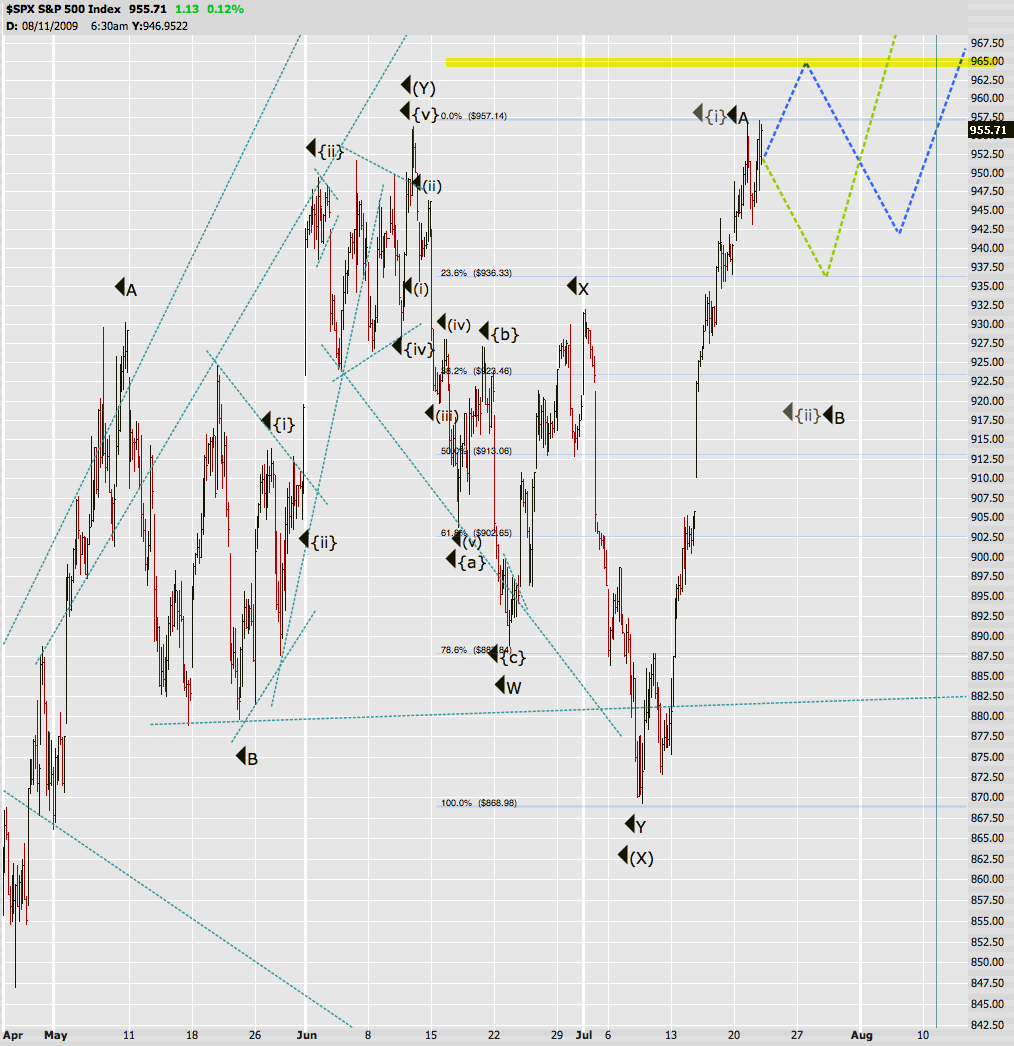 The wave count at this point is almost inconsequential – I have no idea how high this turd will be pushed. I cannot ever remember a monster rally of such proportions and every time I think we can’t possibly push any higher the tape is proving me wrong. I have been adding short positions on every damn leg up but am starting to feel like Don Quixote – it seems that I’m am fighting an invisible giant who cannot be defeated.

12:40pm EDT: I just returned from breakfast and was happy that my Geronimo trade basically kept me from losing even more on the little spike up just now.

I wanted to add another thought however regarding the ‘fighting the market’ issue: Let me be clear that I am not in the business of ‘fighting the trend’ – after all I’m a trader and my main motive is to bank coin – even if that means going long in a bear market rally. The one single reason I’m still short is due to the extremely overbought conditions we are in. The moment of reckoning is rapidly approaching at which there will be no more stops to burn and most insitutional bears have moved to the sidelines (the hobby bears left around 912). At this point there will be nobody left they can force to buy back and the only remaining buyers will be retail traders. This goes on for a little while as well but at some point profit taking kicks in. Yes we might see an 8th day up today, and even a 9th day up tomorrow – it seems records will be broken this week. We shall see how long they can keep this game up – nothing goes up forever.