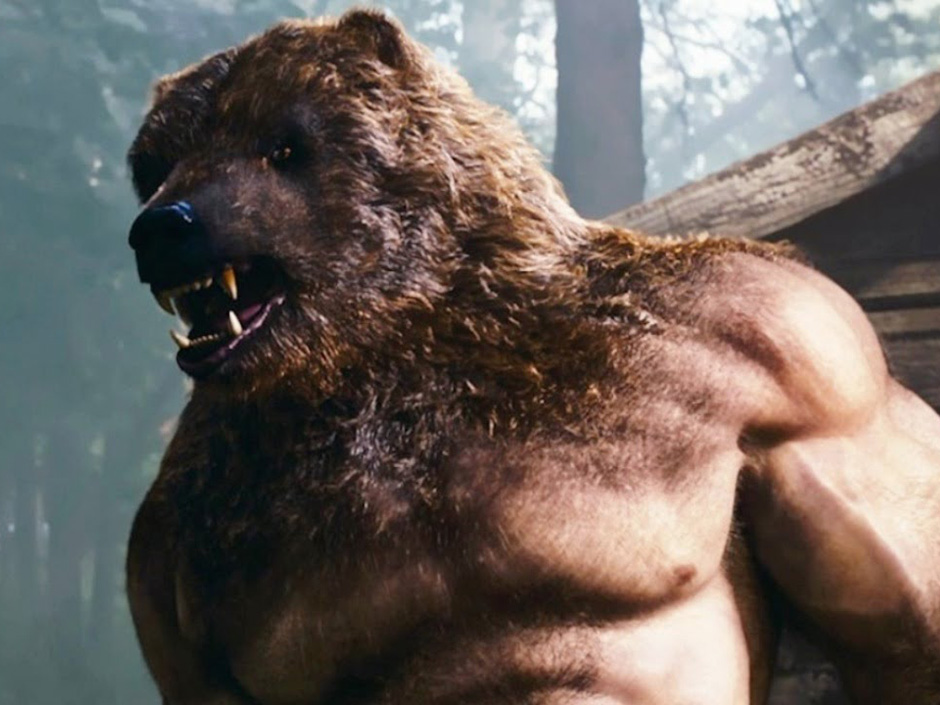 Yesterday’s short squeeze in equities has advanced the line of scrimmage back to the old cluster of resistance near ES 2790, which now opens us up to three distinct scenarios. Two of these scenarios support a medium to long term bullish scenario while the remaining one is dangling a juicy chunk of red meat in front of bears’ noses. So what is the best play here? It all depends on your trading window. 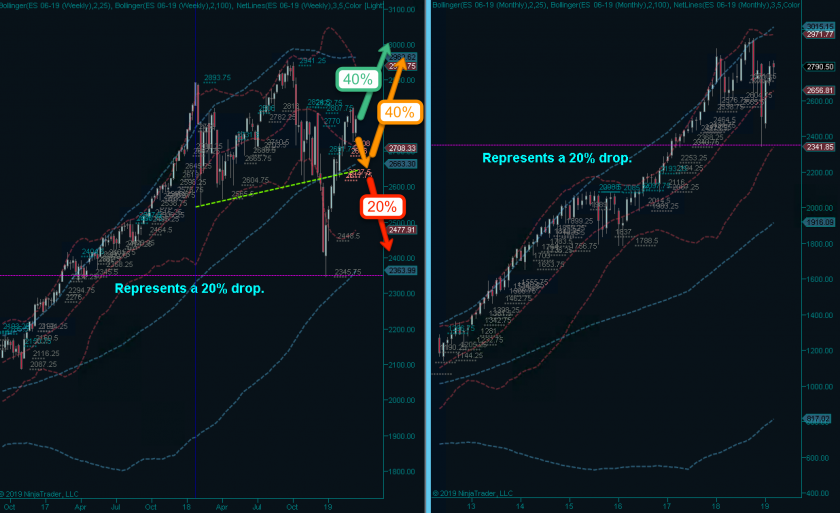 Over the past two weeks the possibility of an unfolding inverted H&S pattern has been steadily increasing. The green scenario (i.e. directly higher from here) shares a ~40% probability with the orange scenario (i.e. down followed by a massive bounce near ES 2660). Which leaves a mere ~20% probability to the balls out bearish scenario. 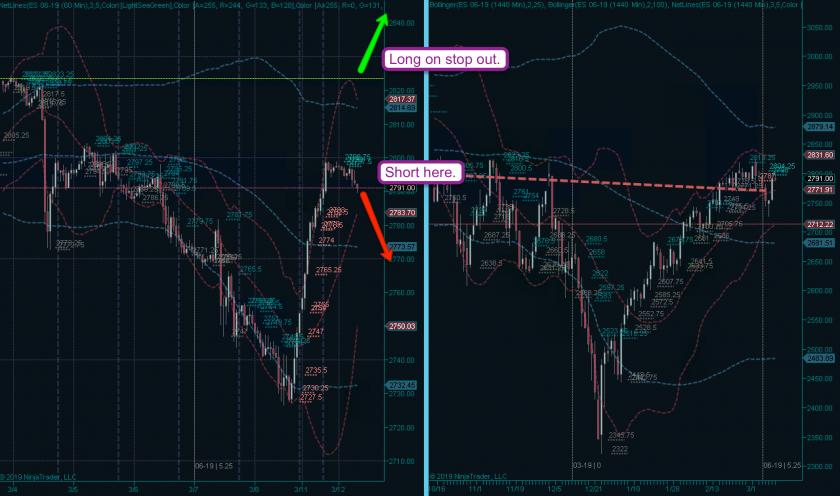 Since the bulls have repeatedly faced rejection at this stage I decided to take out a small short position in anticipation of yet another smack down. The main argument for this campaign is that a breach of the spike high at ES 2823.5 shifts the odds strongly back into the hands of the bulls. 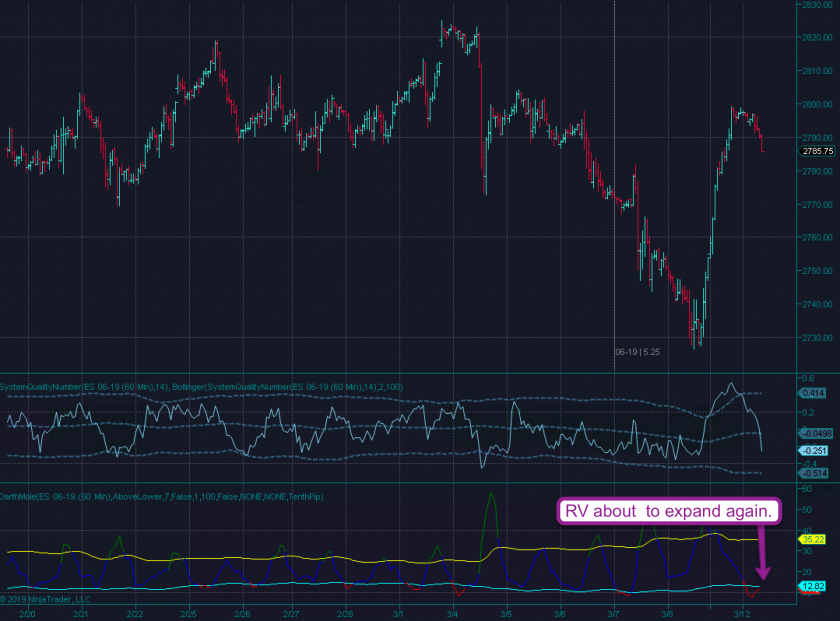 But until that happens an expansion in realized volatility is most likely going to bounce us all over the place, offering the bears one last lease on life.

This will be a nimble campaign for me with a target near 2700 or a bit below that if velocity warrants a more profound correction. Given the green scenario’s medium term prospect I would flip for a long position > 2804.25 with possible contracts added > 2823.5. 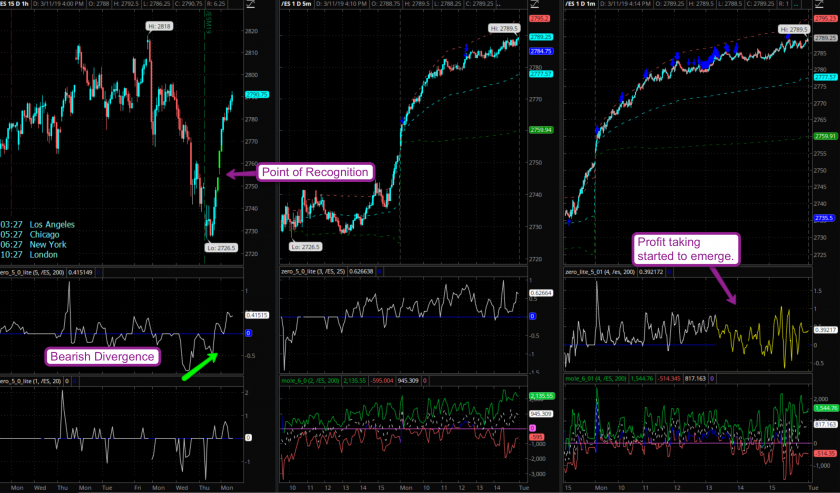 I would be amiss to not point out the bullish divergence offered by our most excellent Zero indicator yesterday during the formation of the spike low near ES 2726.5. I saw that several of my subs took advantage of that fact which fills me with much pride 🙂

On a practical perspective the point of recognition and a clear signal to abandon short positions was after the indicator settled above its zero mark which was followed by a opening gap on the hourly price panel (top left).

Incidentally another argument for a possible follow up shake out attempt was the increasing profit taking during the final hour of the session yesterday. Let’s see if there is follow up today, if not then bulls pretty much are running the ball at this point.