Pointed at the shorts that is:

Click on the image or here for the NY Fed’s POMO calendar page.

Across all operations in the schedule listed below, the Desk plans to purchase approximately $105 billion. This represents $75 billion in purchases of the announced $600 billion purchase program and $30 billion of principal payments from agency debt and agency MBS expected to be received between mid-November and mid-December.

Well, there you have it, folks – do I care about those POMO auctions? Not really – I’ve long given up on the notion of final justice for either Mr. Bernanke or the fat cat banksters he’s feeding cookies on a daily basis. But what I care about is downside risk and that’s pretty much eliminated if you can lever $105 Billion by a factor of 100 and throw it into the equity maelstrom.

Let’s take a quick peek at our DXY chart: 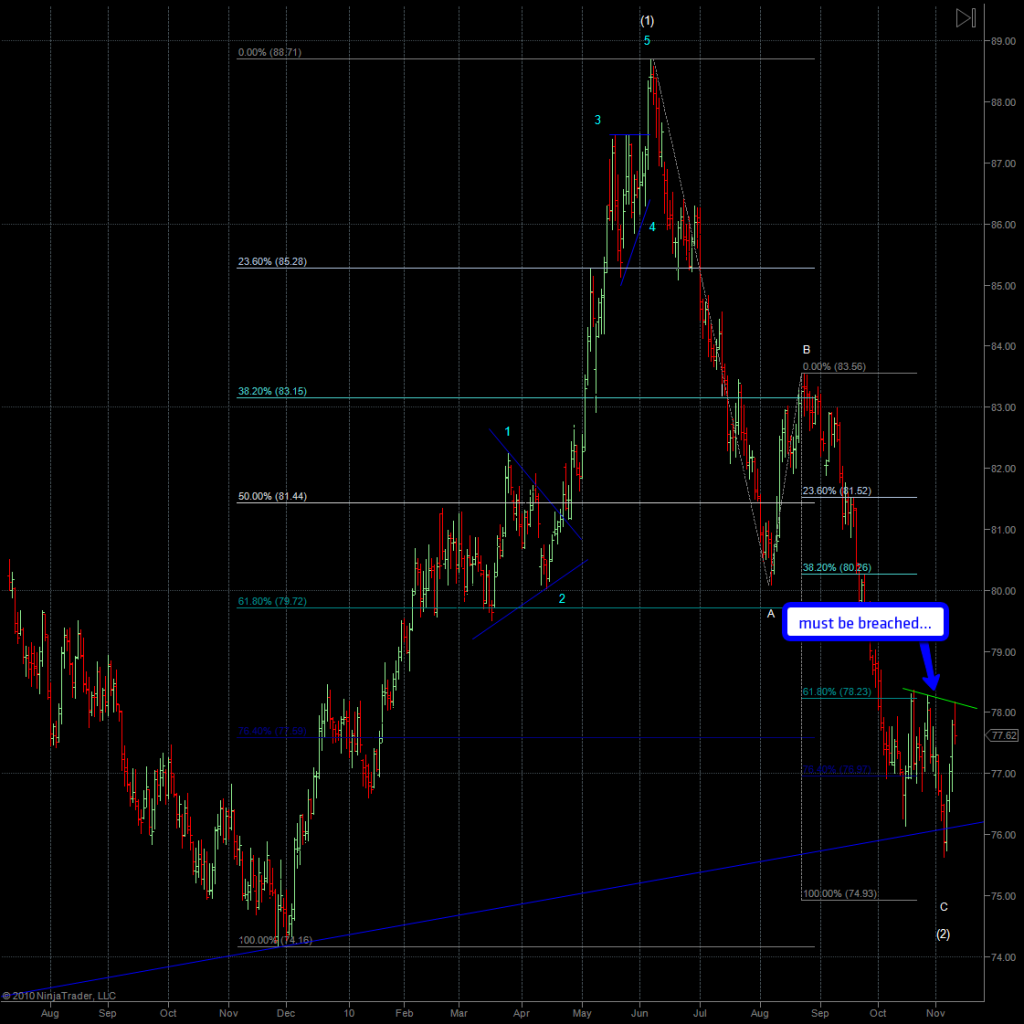 The Dollar bounced off an important resistance line today (marked in tasty lime) – unless it can breach it soon I expect it to be pounded into the ground yet again. We now have a 76 – 78 range that needs to be breached – either to the up or down side – pick your poison. We burned a lot of valuable upside momentum in those recent sideways bounces and unless it makes a run for it soon I see more red candles for ole’ bucky.

Unless a miracle happens on the currency side (fat chance with G20 in the works) my sentiment is that we may see a little correction in equities which however will be bought near the 1100 mark – that’s probably the extend of what we’ll see ahead of the X-Mas rally. Either that or it’s sideways gyrations into the new year.