So, I woke up around 7:00am Pacific this morning and when I saw that long spike on my iPhone there were two thoughts that popped into my mind in rapid succession:

1) The damn daily Zero was right!

In that spirit I jumped out of bed and have been pouring over my charts since trying to make sense of the current wave count. This is the best I can offer at this stage: 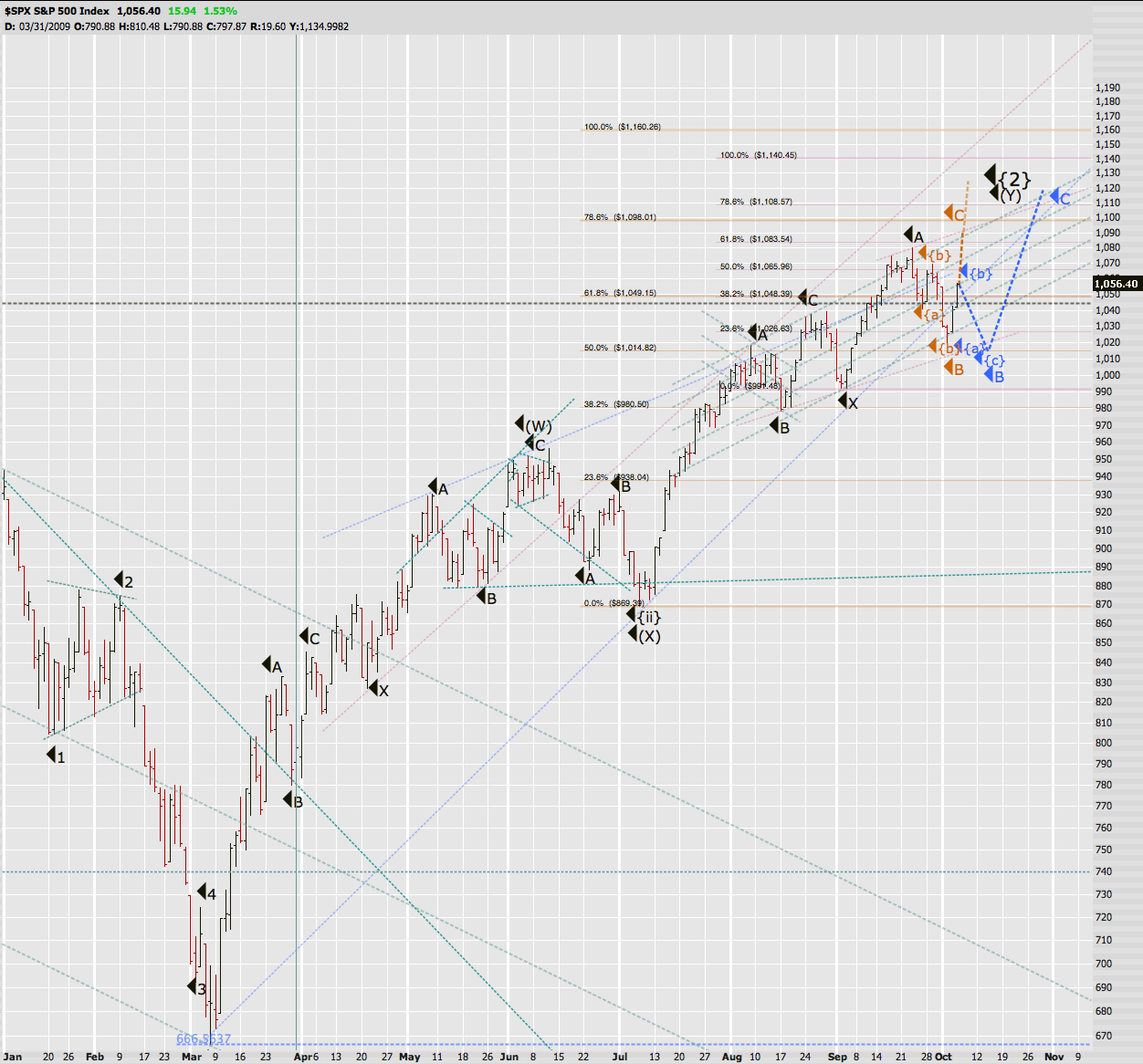 First up – the medium term bearish count is dead, kaputt, gone, RIP. As soon as we breached into our previous first wave that one quickly met its maker. So, what now – I have two possibilities, of course leaving out the unexpected (of which we have seen plenty in the past few months):

Orange basically suggests that we are painting a double zigzag (again) – and that we are now in the final C wave pushing us into 1,100 to complete wave C.

Blue was pointed by Berk and is a bit more insidious – we could completed Minute {a} early Friday and now are in the proces of completing {b}. Which would mean we get a {c} wave down by the end of the week, followed again by a final spike to the upside. We both kind of like that one as it would screw the most bears (yes, you quickly turn in a cynic being a bear in this racket).

Which one it’ll be? I frankly don’t know and I don’t care. We are short term overbought and I will use any dip to scale out of my long term puts. And if we make new highs again I will try my lack there. 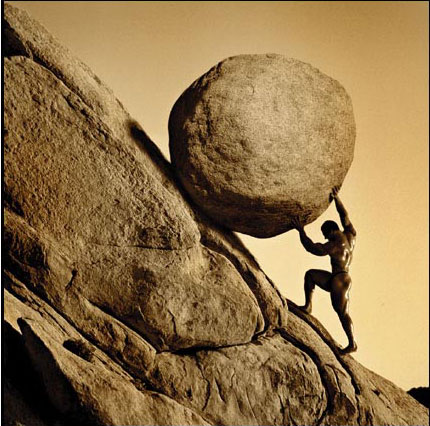 Psychologically I’m surprisingly composed this morning – my account took a big hit and of course now I wish I would have listened to the daily Zero and taken more profits at the bottom. But that could have backfired had the scenario turned out to be correct.

Either way, the best analogy I can think of describing the ordeal we bears have been through would that of Sisyphus as found in Greek Mythology (which I was a huge fan of as a kid):

The gods had condemned Sisyphus to ceaselessly rolling a rock to the top of a mountain, whence the stone would fall back of its own weight. They had thought with some reason that there is no more dreadful punishment than futile and hopeless labor.

Yes, that about describes it – and combing through the comments I can tell that nerves are running very thin around the evil lair lately, yours truly included. And again, the best I can offer is to remind everyone that if we want to be professional traders we need to learn how to take losses in stride and to do our best to not let them affect our trading and in particular our private life. 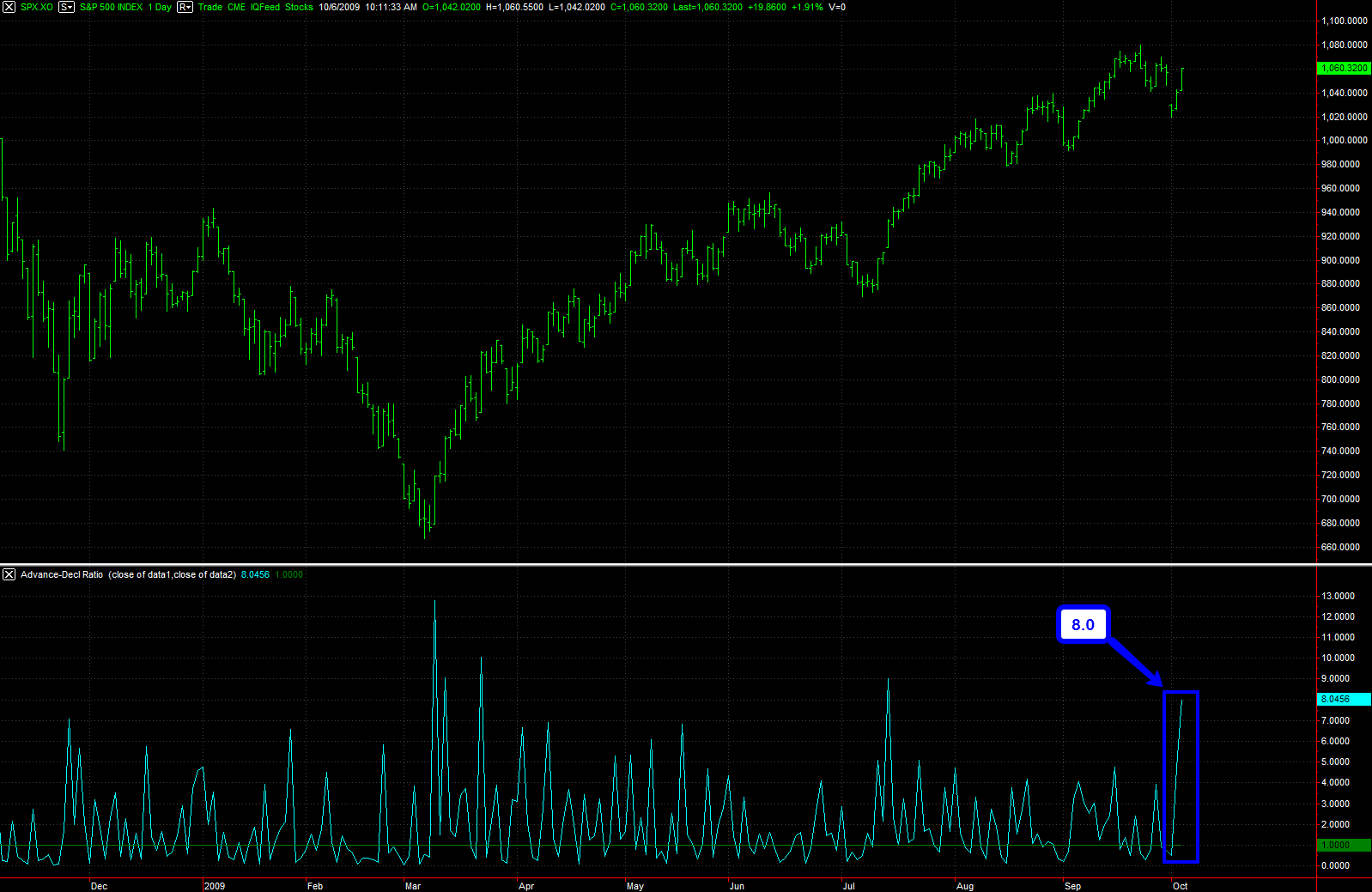 BTW, this is the chart that should really worry any remaining bear. An A/D ratio of 8.0? The last time we saw readings like that was on July 15, right before we ran up like hell for an entire month.

11:30am EDT: My Dollar trade went down the toilet as well last night – so, these are the next retracement levels we’re looking at: 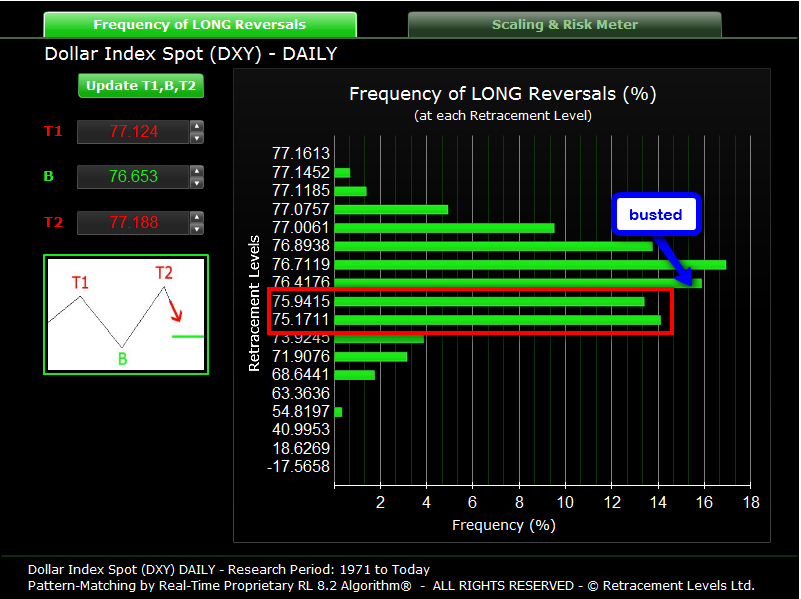 Which is not too far away: 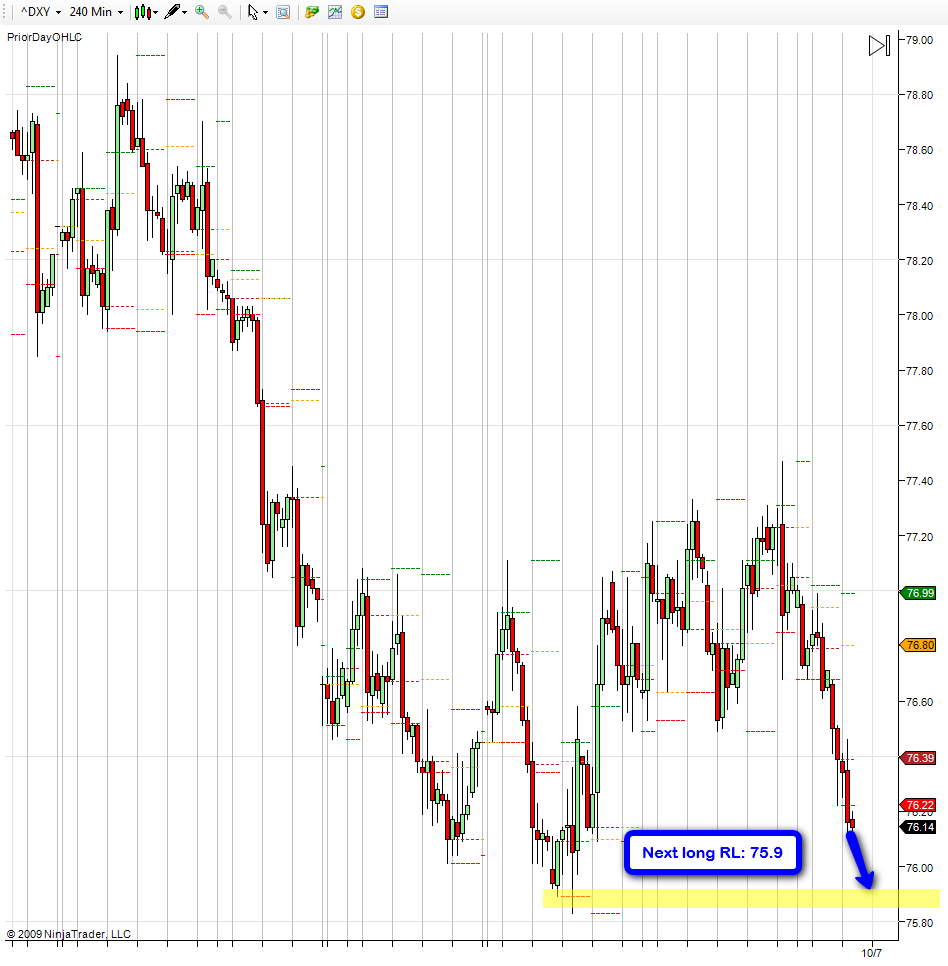 Of course it would be strange for the old buck to stop right there, so maybe 75.17 would be better medicine.