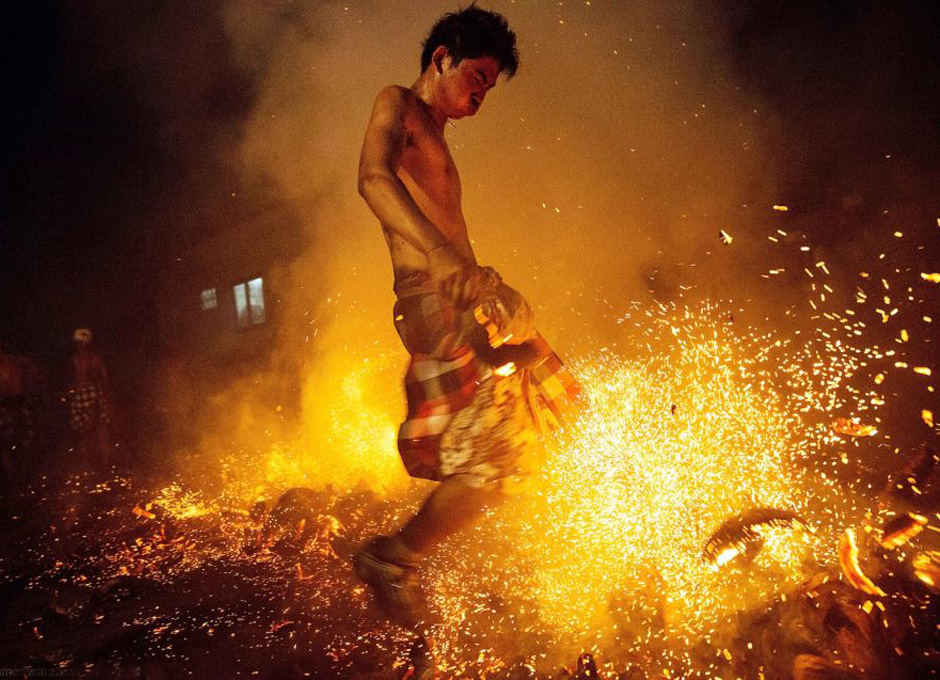 I rarely hazard lofty predictions as most attempts in foretelling the future usually end in tears followed by monetary losses. But having been around the block a few times I do pride myself in recognizing a glaring bear trap when I see one. Which is why I offered this to my intrepid subscribers last Monday:

The monsters of tech composite got slapped down hard last week, which wasn’t overly surprising after such a face ripping rally higher. Many are expecting a fall from grace for FB in particular which is why I will be looking at possible signs of a long opportunity.

Remind yourself of the many times large giants like AAPL, MSFT, GOOG, FB, etc. fell out of favor for various reasons and inspired the bearish ire of analysts everywhere. Only to bounce right back and burn the all the shorts to a crisp. It may not happen this week or the next but it will happen.

So what DID happen? 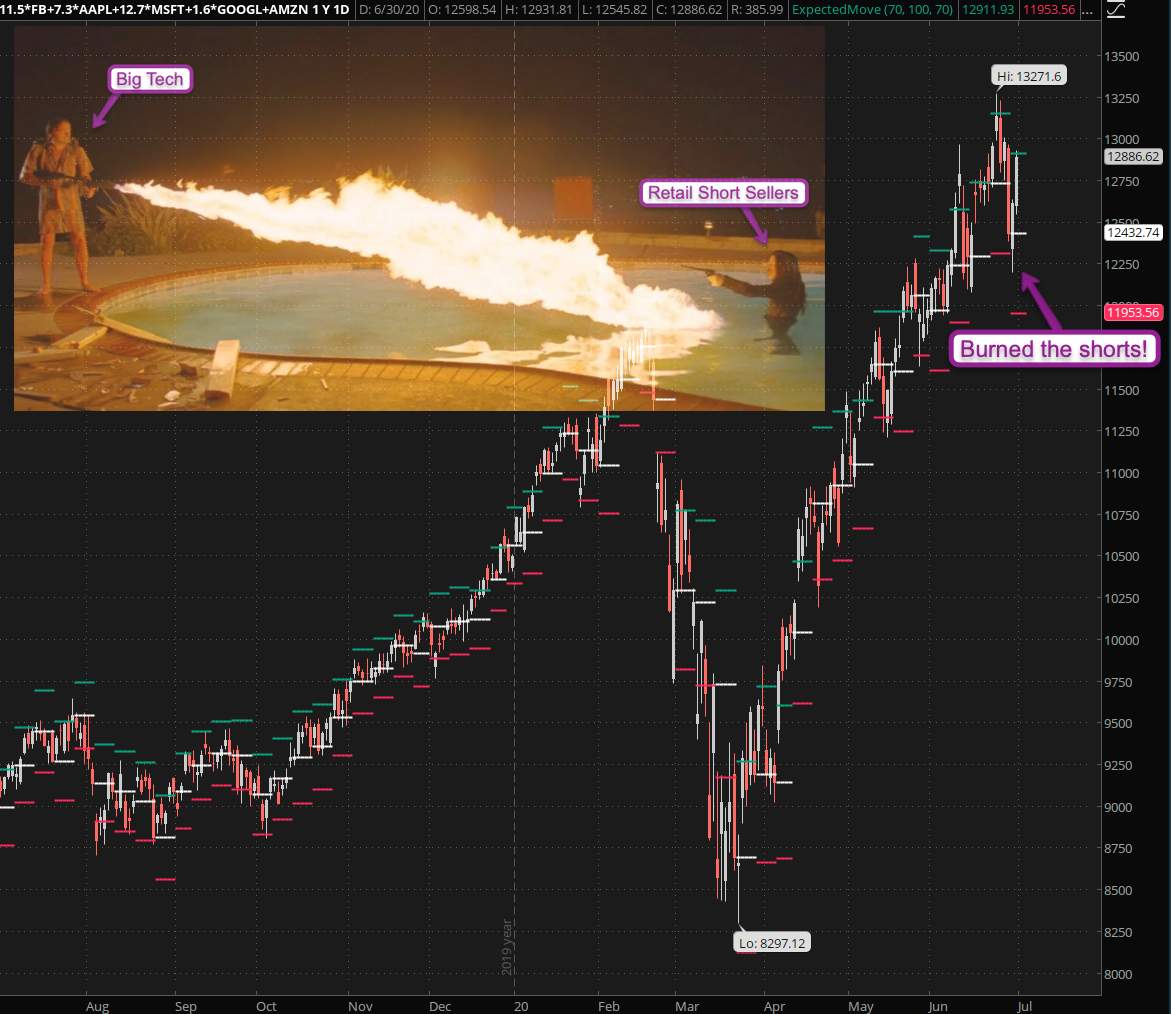 Just as predicted: The monsters of tech teamed up and burned all the shorts to a crisp California rotisserie style. I hate to say I told you so but hey I told you so. Now had you been a subscriber you may have just paid attention and gotten positioned accordingly. 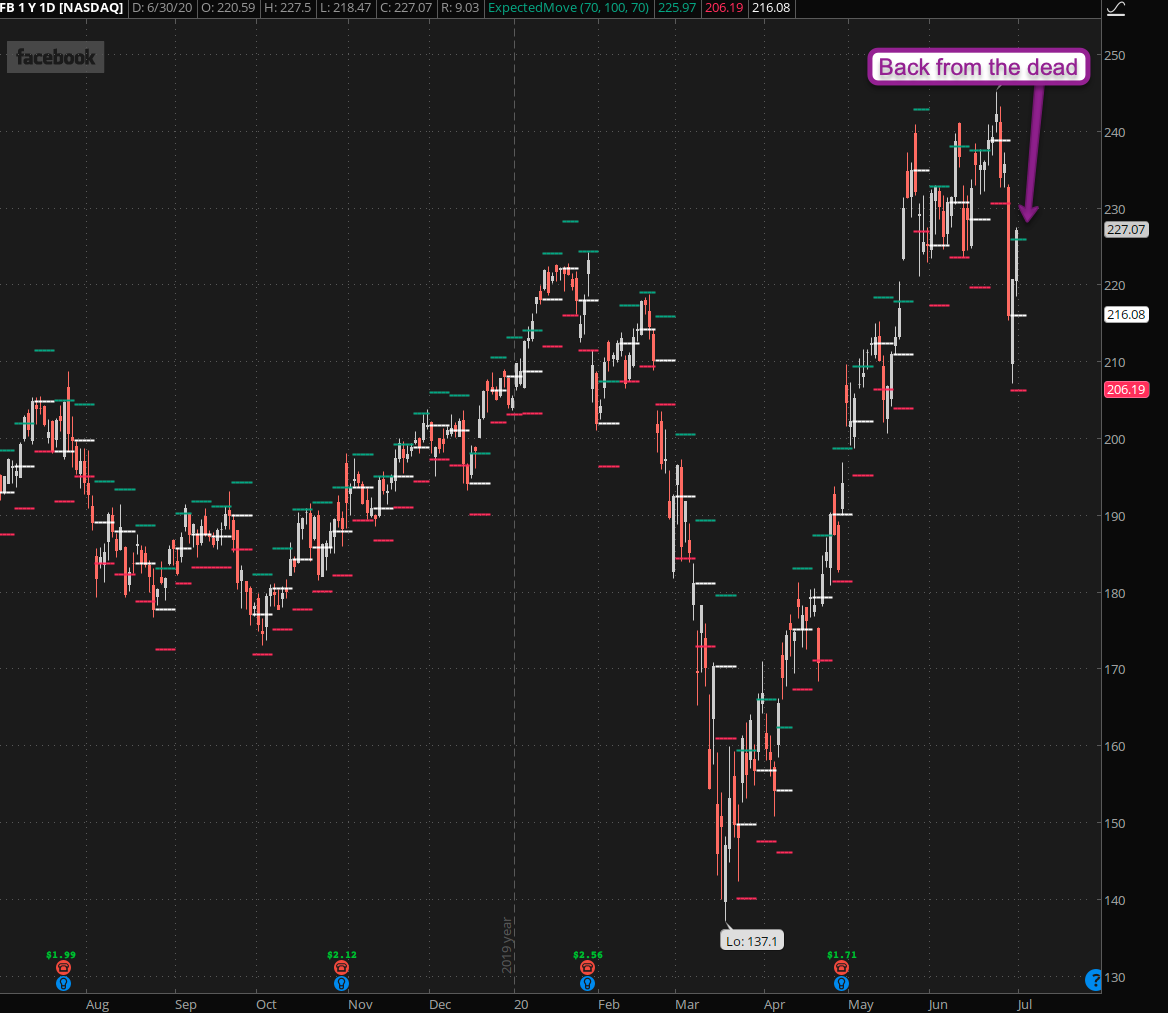 I’ll spare you the collective pain and just show you FB which added 10% in a matter of merely 2 sessions. It’s now at its upper expected move threshold and may push a little further before everyone starts heaind into the 4th Of July weekend, or Battlestations 2020, as it probably will be remembered by historians. 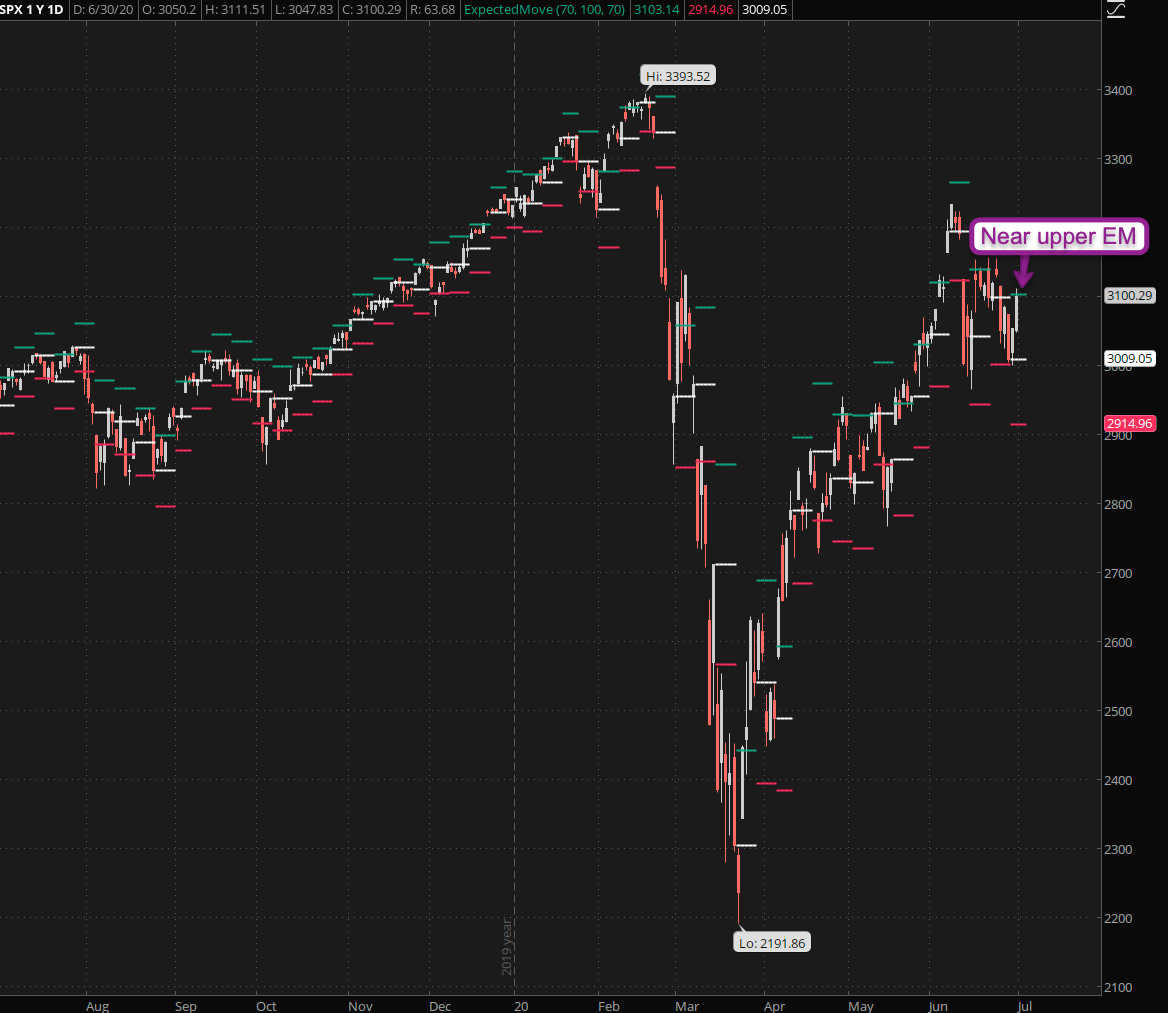 Although we’ve seen quite a bit of sector rotation this week the SPX as a whole has been advancing in accordance to the playbook for week #27 (see my Monday post). And it better get a move on as the rest of the summer is traditionally pretty flat – so this is the best chance to establish a defensible position. 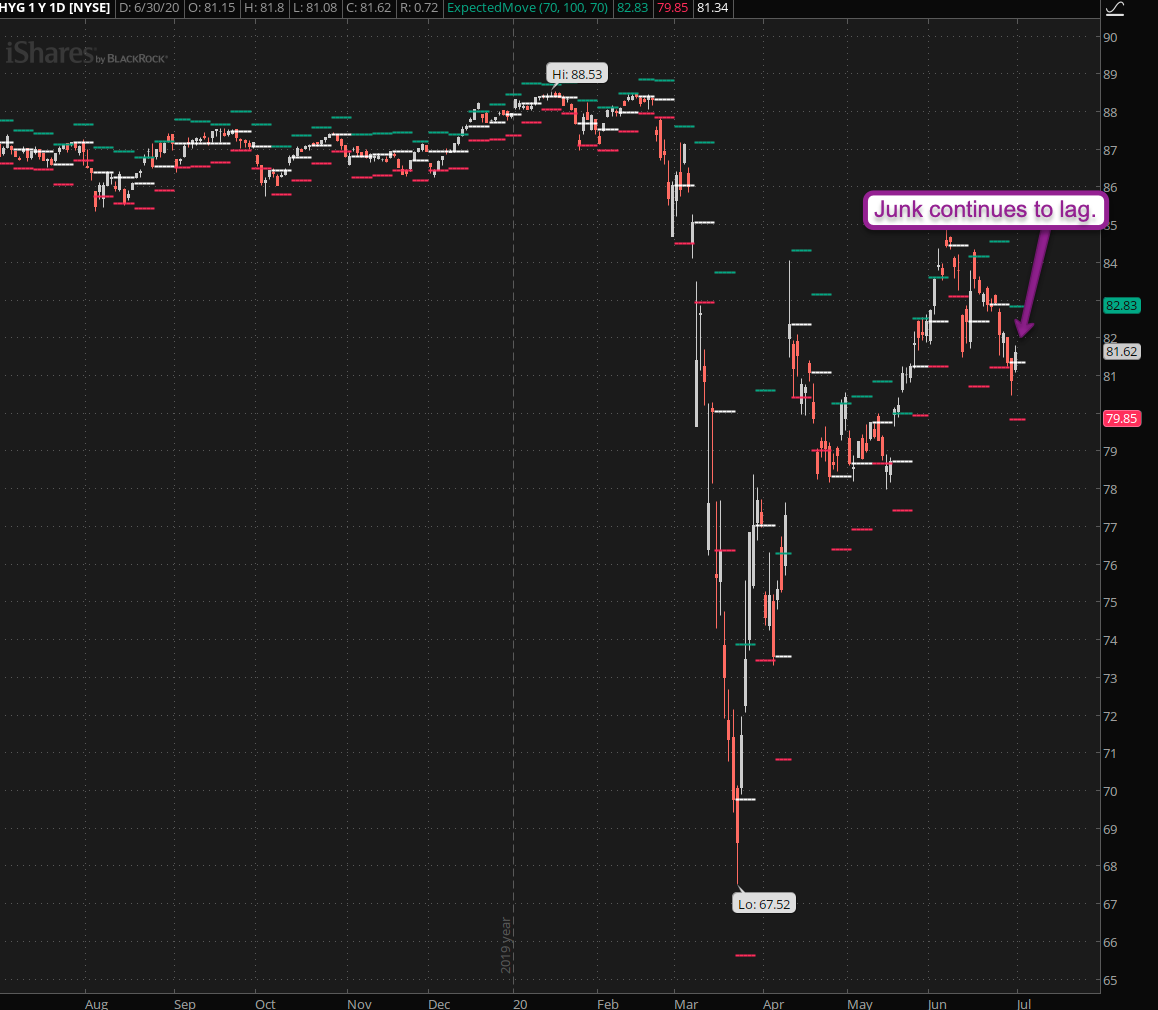 Junk bonds however are lagging which tells me that we may see the return of the bear during the low participation mid summer weeks. Everyone and their grandmother piling into tech and @home entertainment is asking for punishment. 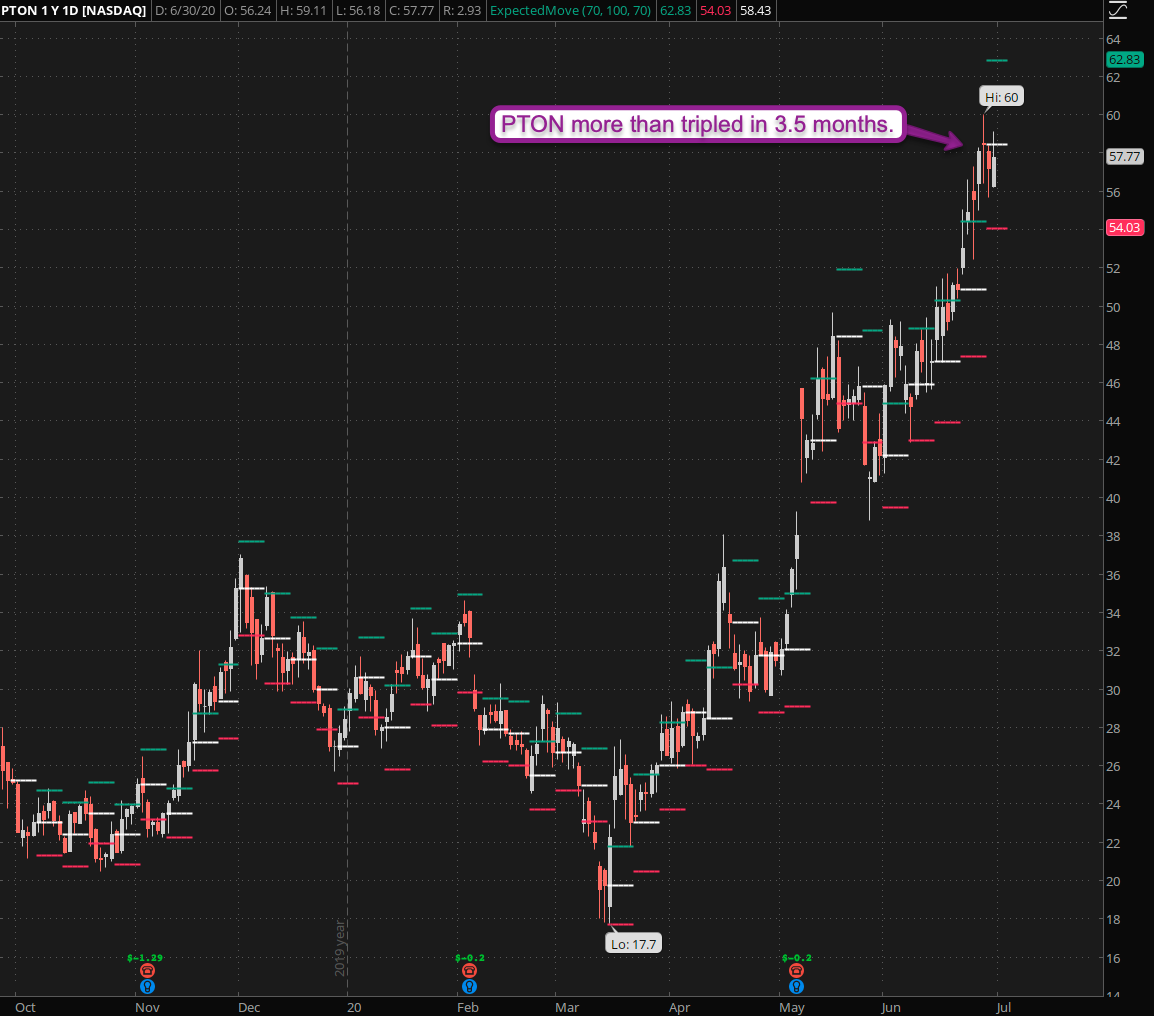 Speaking of the emerging @home sector: Feast your eyes on PTON which effectively has more than TRIPLED over the course of 3.5 months. Let that digest in your mind for a second and then pick a sturdy tree for you to kick in penitence for acting like a beartard all the way up to here. You know who you are. 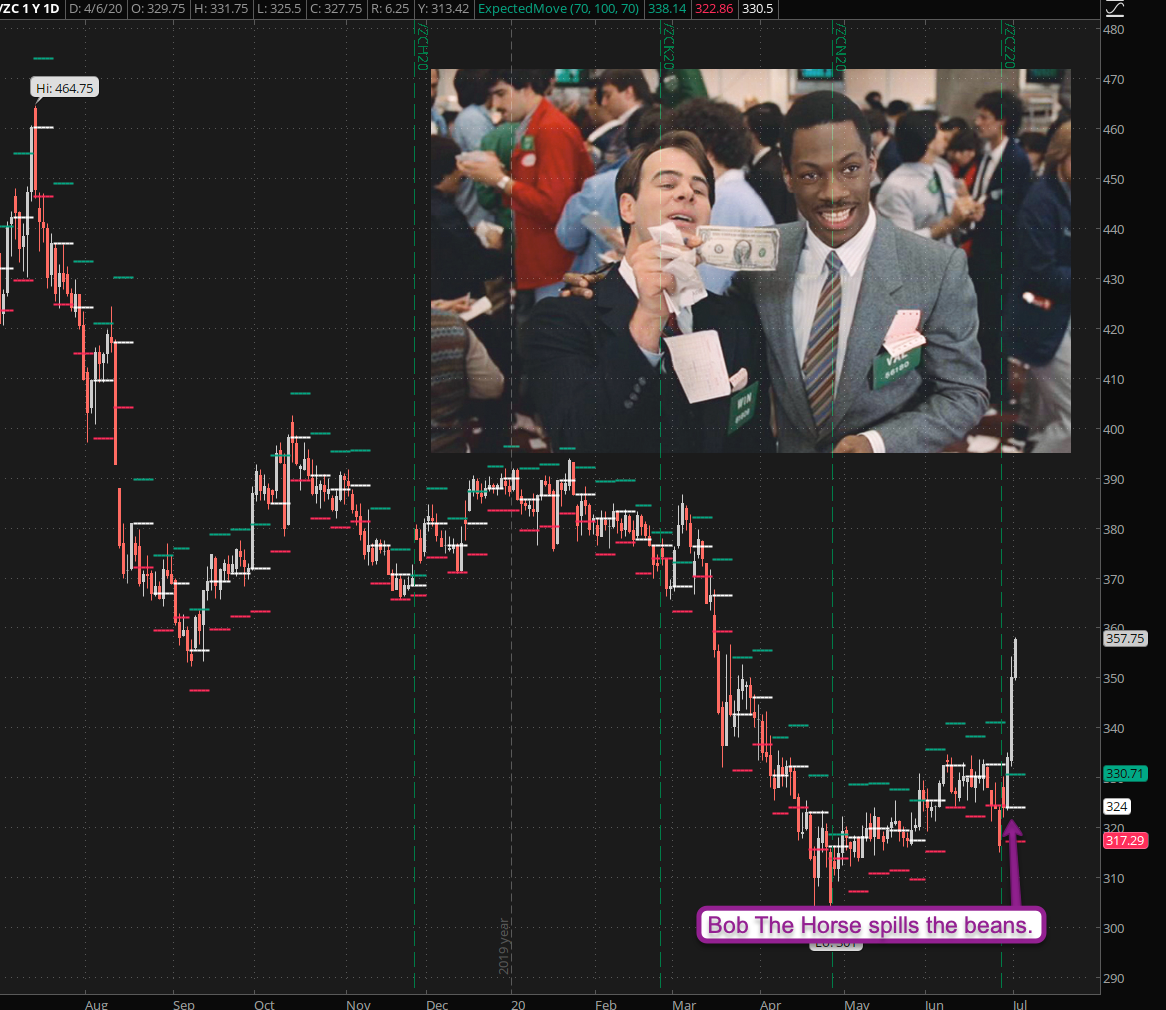 Last but not least a special hat tip goes out to Bob The Horse who spilled the beans on corn last Monday and completely nailed it. Pork bellies eat your heart out – this one was a massive surprise and Bob’s research team called it way in advance. If you took this trade then I recommend you seek out Bob and reward him with some of your ill gotten gains.

Full disclosure: I completely snoozed on that one as I was too busy slinging options in our new RPQ Payday Friday trading room. So did Tony by the way and you should have heard us both curse like sailors yesterday. Well I hope some of you guys took advantage and are now smiling all the way to the bank.