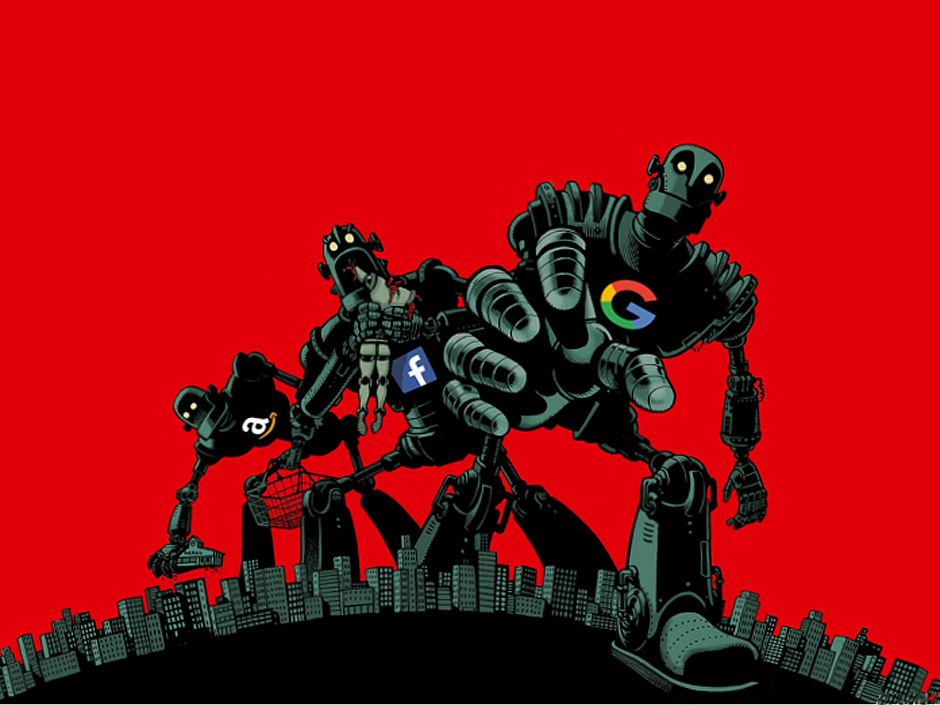 Big tech was stomped again over the past few sessions but the current retracement still lies within the parameters of a regular late summer shake down. What is a bit more disconcerting to me is the marked increase in realized (historical) volatility, which usually is indicative of a late stage bull market top. Since big tech has been leading this rally this would have major implications to equities across the board. 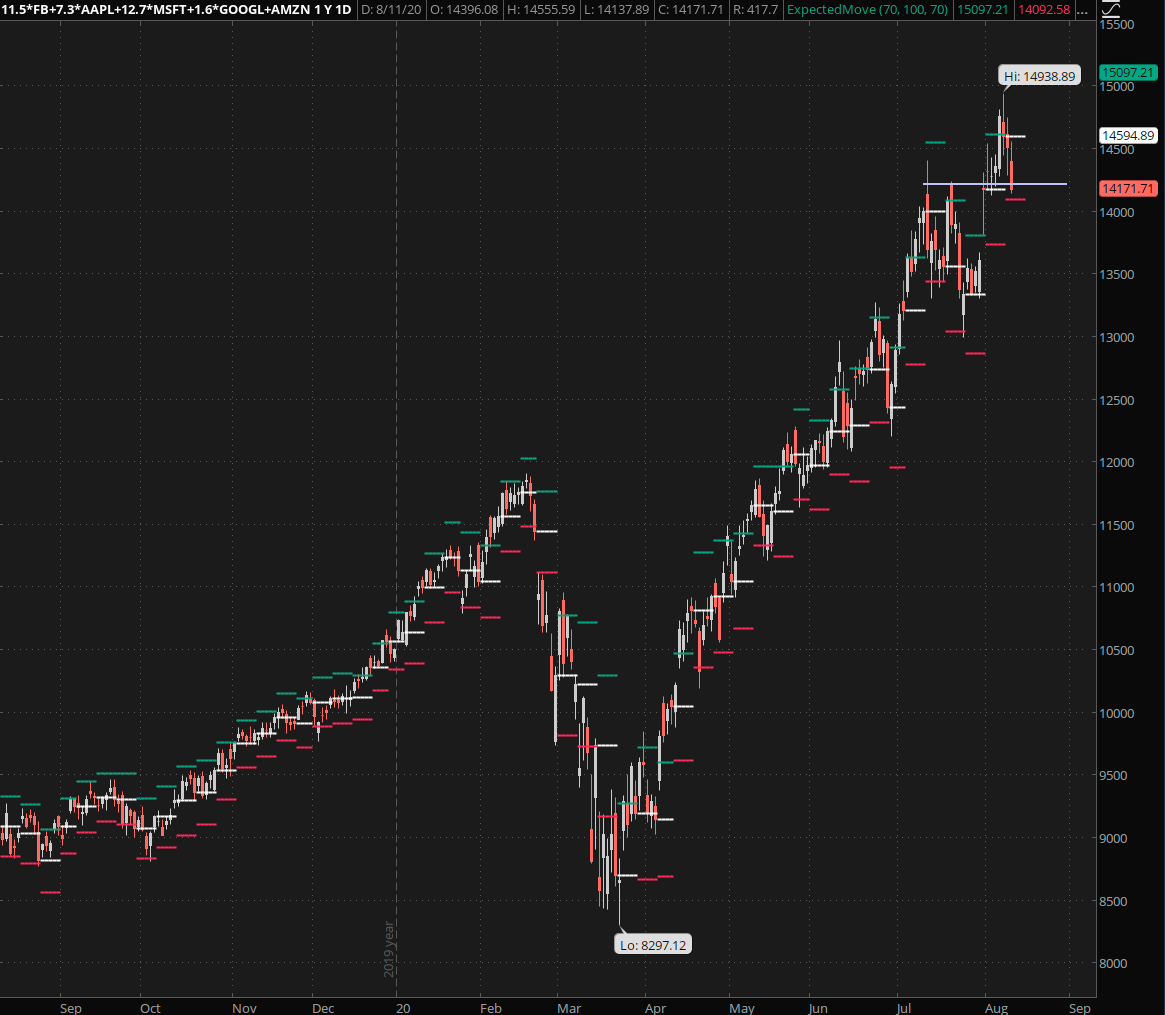 Nothing goes up forever of course and although pinning a top is a costly exercise in futility one is well advised to take note of early signs of buying exhaustion. If you have watched my System Building Masterclass then you recall the two main ways of how bull markets end.

How does this information help us place successful trades and profit? Well it’s not by top picking – that’s for sure. Rather the idea here is to recognize early signs and adjust your trading systems accordingly. For example in the current scenario keeping wide stops is probably good medicine since the swings seem to be getting wilder by the day.

Further trend trading systems for example will begin to break down and most likely be drawn into stop outs. The easy part of the bull run is over and profiting in the final phase of a bull run takes a lot more finesse than the Robinhood crew will be able to muster.

That said – I will be taking out a few small long positions on expectations of a reversal higher. The odds in this range are probably as good as they will get since continued weakness would most likely trigger additional short covering by weak hands.

All in all I would not risk more than 1.5R on my entire position however as I consider this a late stage bull market which will become increasingly more volatile. That does not mean we’re not going to see new ATHs  – what it does mean is that it’ll be mor difficult to navigate. 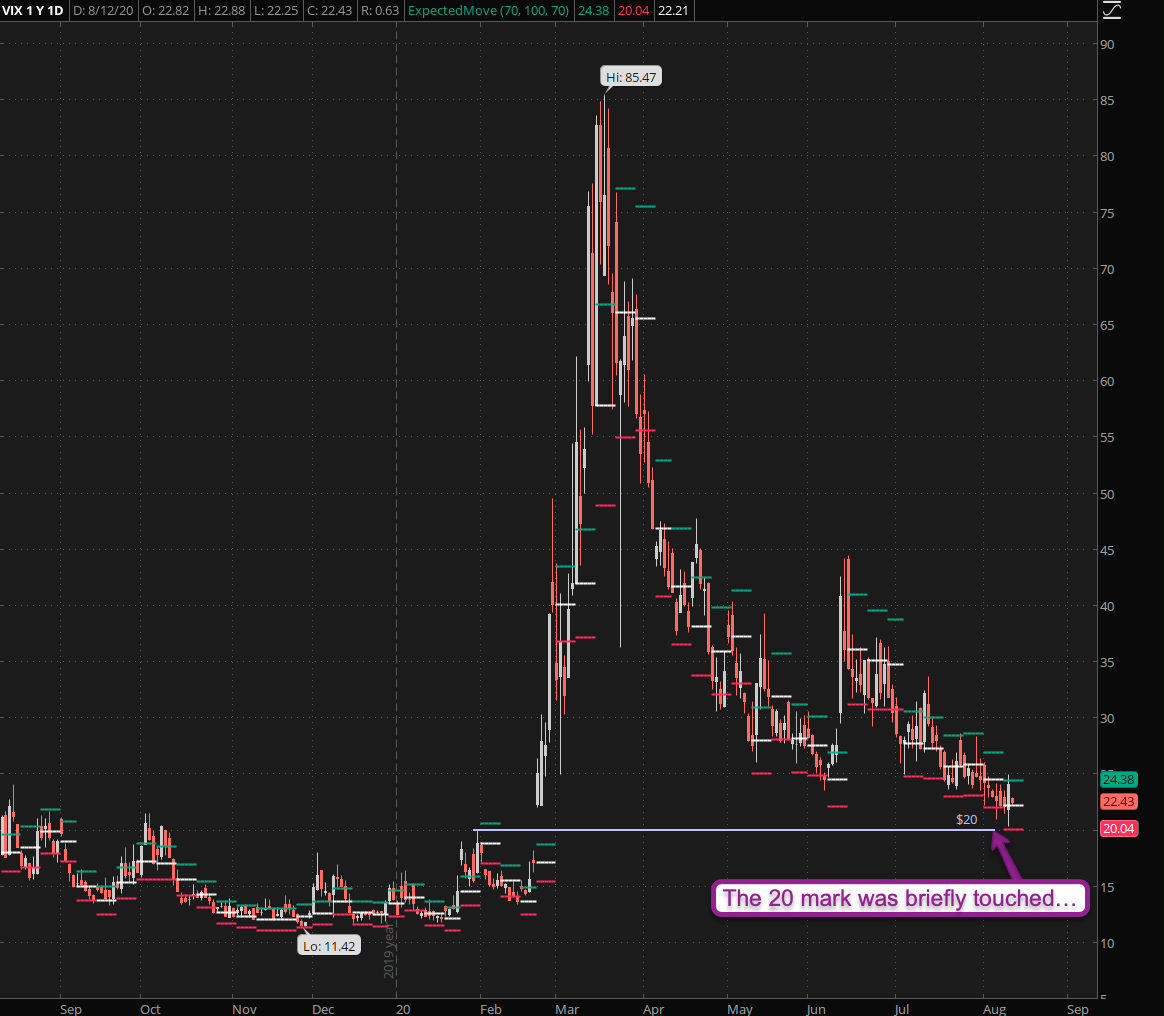 A few days ago I mused that the VIX would most likely not descend much lower than 23.5 and to nobody’s surprise I had to eat my words just a few sessions later. So much for making predictions about volatility 🙂 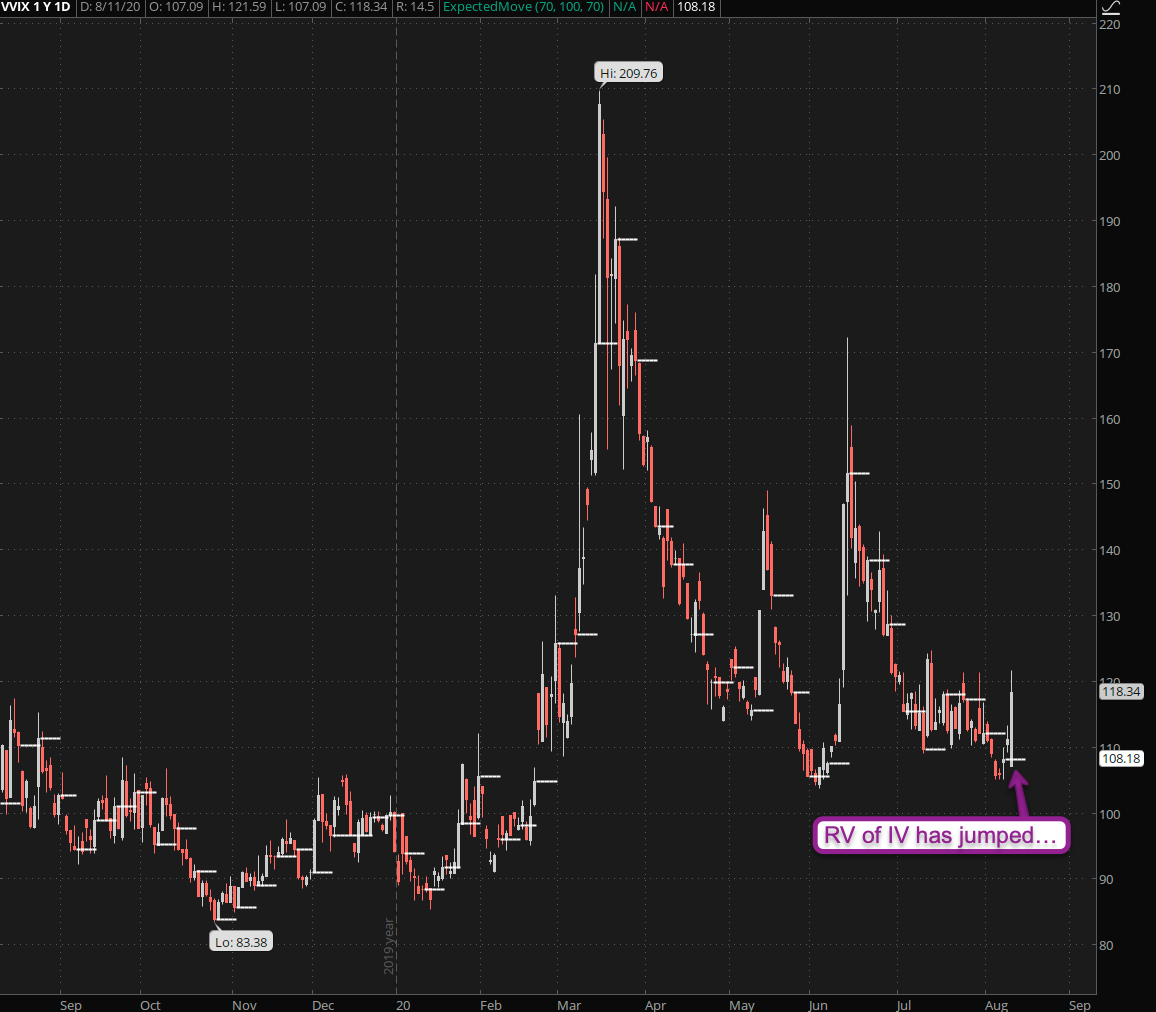 Although I am enthused about a touch of the VIX 20 mark what concerns me however is the jump in the VVIX which basically is an index that tracks realized volatility in implied volatility. So in other words – how volatile is the perception of forward risk in equities?

Now we’ve seen quick jumps in the recent past and things settled down afterward. But that usually only applies if there are no follow up spikes and I’ll be sure to keep an eye on this for potential signs of trouble. 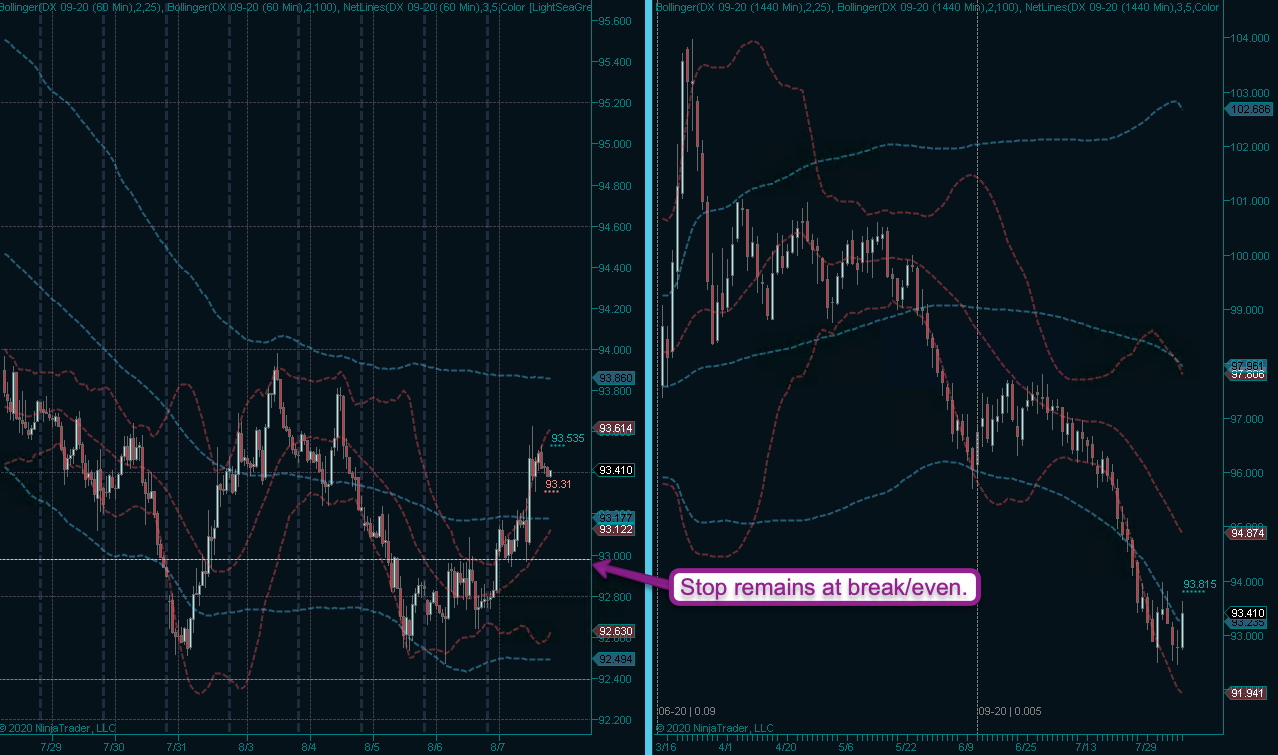 I should probably call myself Mole Quixote these days as I still have not given up on my long DX campaign. Thus far it’s still looking positive but after the first surge higher we may easily see another retest of the 93.2 mark. Part of the price of admission and my stop remains at break/even Which is cutting it a bit close – but the rules are the rules after all.