This is the first post in a new Evil Speculator category we titled ‘Retail Trader Tales’. Writing down your personal experience forces you to relive them and perhaps come to terms with some of the demons that may still plague your subconscious. If nothing else others may realize that they are not alone and that many retail traders out there have been taken advantage of by shysters, false gurus, lousy brokers, the list is long. If you feel like sharing your own (sad or success) story please send us an email to admin@ – of course your full name will not be mentioned and your dirty secrets are safe with us 😉

My first foray into trading was back in 2009 when a work colleague introduced me to MT4 Expert Advisors (specifically MegaDroid).  I worked in corporate IT so the concept definitely struck a chord with me and before you knew it I had MT4 up and running, did a bunch of flawed backtests, ran a demo for about 3 days and then dropped it on a live account of $10k.  It was doing OK, but seemed to be losing as much as it was gaining, so I started hunting around for other EAs and deeper into the rabbit hole I went.  I wanted a healthy mix of EAs so that when one was losing the others would be gaining and I would have a perfectly smooth equity line.  I even coded a few of my own to add to my mix.  I was obviously very naïve back then but the most unfortunate thing is that it actually worked for some time rather than failing as fast as it should have.  This lead to me piling more money in (in a controlled fashion, every time I made 20%, I’d add another $10k to my account) and before I knew it I had dropped $50k in there and with a balance of around $80k thought I was a genius.  Obviously this merry little ride had to come to an end and when my account started to decline I didn’t want to believe that this wasn’t going to work (I had dreams of stopping work! I can’t let that go!).  I ultimately closed the account with $30k left in it.  $20k of mine down the drain. 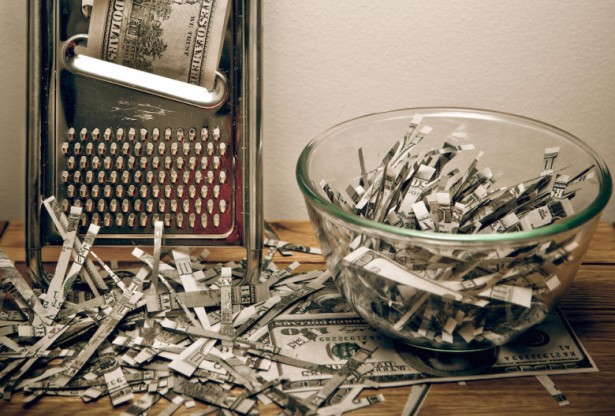 In 2010 I came to the conclusion that EAs were not the panacea I had believed them to be and decided that manual trading was the only real way to make money, only humans could adapt to a changing market.  Having no experience myself I decided the best route was to go with a signal service.  I settled on a guy called William Deboeck who ran a service called WDFX.  Once again it unfortunately went extremely well… until it didn’t.  For 6 months it was profitable before its inevitable decline, and I bailed out after losing $10k of my own money.

So I can’t control what these guys are doing, I need to get into learning this stuff for myself so I can protect my own money.  In 2011 I signed up for a trading room run by a guy called Forexmeister who claimed he was an ex portfolio manager at some hedge fund.  Very few details other than that he would teach you to trade the way the hedge funds do it.  His strategy was basically to never let a trade lose, as it moved against you, you just averaged down because the market always turns.  When a trade has gone against you and you believe you are at an inflection point in the market, you open another trade in the same direction that will result in you breaking even when the new trade is 20 pips in profit.  There were calculators to help you work this out as part of the service.  Just so ridiculous looking back, I feel like an idiot even writing this!  Unsurprisingly (like all these basket style strategies) it worked well to begin with (you never lost) and I got more and more confident with the help of Forexmeister.  It did not help that he would constantly show off, dropping screenshots of his account balance and the profits from his individual trades into the traderoom (I was too inexperienced to consider this a red flag).  One night shortly after getting into a trade the market moved against me hard.  That’s ok, I’ve learnt how to deal with this, let it do its run and I’ll catch a retrace.  Retrace after retrace I bought more, bought more, bought more.  At 4am I eventually I closed the basket with a $20k loss.  One single basket.  I vomited from stress that same night and decided I was done with forex.  $20k of my own money gone.

Yet I continued to read and educate myself and after a reasonably lengthy hiatus from actually trading an account I came back in 2012 after stumbling across a guy called Scott Tuddenham.  He claimed to know how the big banks work and how to trade with them.  I read an interview of his in which he discussed privately training a small group of traders who were now all making money.  He did not run courses though.  I emailed him to ask if he would mind sharing some of his material and to my amazement he decided to take me on as a mentee (for a price) and teach me everything he knew.  I jumped at the chance.  I also decided this was my last crack at trading and that I was going to give it my all.  I quit my job (which I was angling to do anyway, I hated the place) and quickly opened another $10k account.  I spent about three months trying to learn his very vague system (just keep watching the tick chart, you’ll get a feel for when the big guys are moving then just jump in!) before dropping it.  I lost about $5k of my own money.

As this was coming to a close I was becoming dejected with the manipulated wild west of forex and was gaining rapid interest in futures.  I came across Premier Trading University and decided another opportunity to educate myself couldn’t be a bad thing (besides, I wasn’t ready to go back to work).  I actually don’t regret my time with PTU at all, a huge part of their focus was on trading psychology and discipline and I learnt a significant amount here.  My manual trading improved hugely.  I spent six months trading futures in their trade room and by the end I could calmly take every trade and enact every rule accurately and without worry.  I kept a trade journal, I wrote down my mistakes and by the end of those six months I was making almost no mistakes.  Unfortunately their system was quite hit and miss and even when trading in their live traderooms they were surprisingly bad at the discipline side themselves.  (Oh I was talking and missed that fast moving trade.)  Naturally it always seemed to work out quite nicely for them but my account never really hit the same returns as their claims.  I ultimately lost around $5k here, primarily in fees, my account ended up only slightly down.  At this point, the bigger sting was from paying bills and rent without a job so after 10 months off work I entered the corporate world once again.

Big surprise, still I couldn’t shake my love of trading (oh I’ll just read this new book, new website, new forum, whatever) and in 2013 I came across a service called Capital3X.  This was a signal service run by a guy called Mark who apparently was ex Goldman Sachs.  I had no interest in hurriedly jumping in again so sat on the sidelines and watched.  He made excellent returns (5-10% each month) for about 6 months before I decided to join.  As the fees were quite expensive I needed to open a $20k account in order to justify the service.  This amount of money made me nervous but I had been careful this time, I had been watching this guy for months and he was cautious and safe, right?  His success continued after I joined for about 3-4 months before the losing began.  Once again I didn’t let go, believing his constant promises that the market was going to turn and align with his bias like it had every time before.  It didn’t.  I lost the entire $20k.

My total loss from trading over the last 5 years?  $80,000.  I almost can’t believe that number, but there it is.  It’s not like it’s every penny I own, my job pays me well but that is still a huge amount of money for me.  That is essentially a house deposit.

I’m not sure what to take from the above.  If I read all that as a third party observer I would think the guy is an idiot.  Yet I am not a stupid person, I spent the majority of my university life doing every math subject I could get my hands on, I love math which I suspect is why I am so drawn to trading systems.  I am also a member of Mensa.  I’m sure it comes as no surprise then that hubris has been a large contributor to my failure (how could I fail at this?) and working on the psychology of trading has been one of the most important and one of the most humbling aspects for me.  That said, several times I have ‘quit’ yet still I come back.  (How’s that for a lack of discipline?)  I absolutely love trading though, the theory, the execution, everything about it.  In the last five years I have read countless books on all aspects of trading from Van Tharp to Mark Douglas and devoured them all.

I only came across Evil Speculator recently, at the time Scott’s second article on building a trading system was published.  There wasn’t really anything in there I hadn’t already come across in either the countless hours of study and research I had done or through my own experience but to see it all written down so succinctly and definitively was amazing.  I have read that series of articles several times over yet continue to resist the urge to do anything about it because I don’t want to get excited and commit more losses to this trading endeavor.

Am I an idiot for not pursuing these learnings from Evil Speculator and continuing to chase something I’m genuinely passionate about?  Or am I an idiot for considering jumping into another ‘new website’ which will ultimately lead to the same disappoint as all my other failed ventures?  I haven’t decided, all I know is that the dream of being able to make money doing something I actually enjoy is a difficult one to shake.