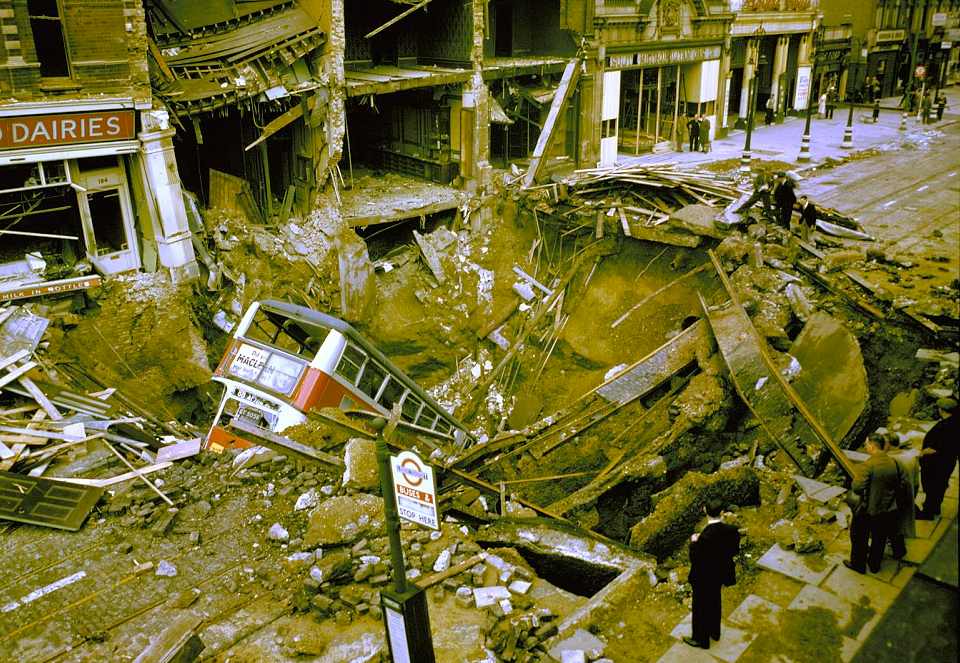 Yesterday’s post highlighting the increasingly volatile situation we are facing on the currency side couldn’t have been more prescient, as earlier this morning the British Pound suddenly found itself on the receiving end of a 6% flash crash during Asian trading hours. Some of the losses have been recouped ever since but that will be of little consolation to anyone who may have been long the GBP overnight. 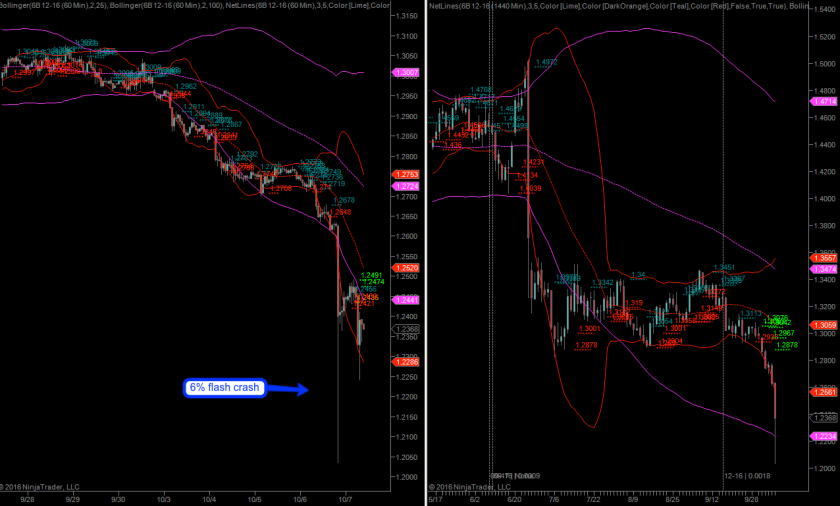 Now before you strike this up to some ‘fat finger’ or bot driven irregularity let me remind you that cable is the third most liquid currency pair after the EUR and JPY crosses, representing roughly 15% of the daily trading forex volume of US$5 Trillion. We are not talking gold or even the S&P here – this is (supposed to be) an extremely liquid market. Which means that this type kind of dislocation should not be happening assuming a semi efficient market. And as such it either reeks of manipulation or worse – an early sign that things are becoming unglued on the currency front. 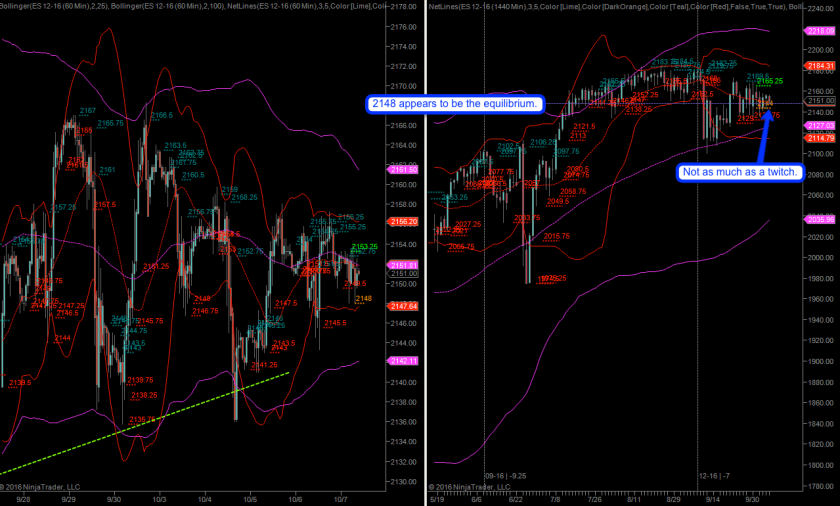 What surprised me the most however was the complete lack of response on the equities side. There wasn’t as much as a twitch and it appears that the E-Mini has been dropped off at long term parking near lot number 2148.  A bit earlier this morning I was considering a neutral option strategy that leverages sudden volatility and it’s something I may be revisiting after consulting with Jay the options slayer. If nothing else it may offer us some level of protecting against these constant surprise spikes we keep seeing across the board.

As it’s Friday and given the complete lack of direction I feel tempted to simply call it a week. However there are one and half futures setups I couldn’t possibly pass up: 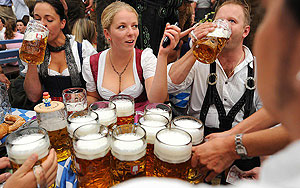 Alright, that’ll be it for me until Monday morning. Time to attend to some urgent business.