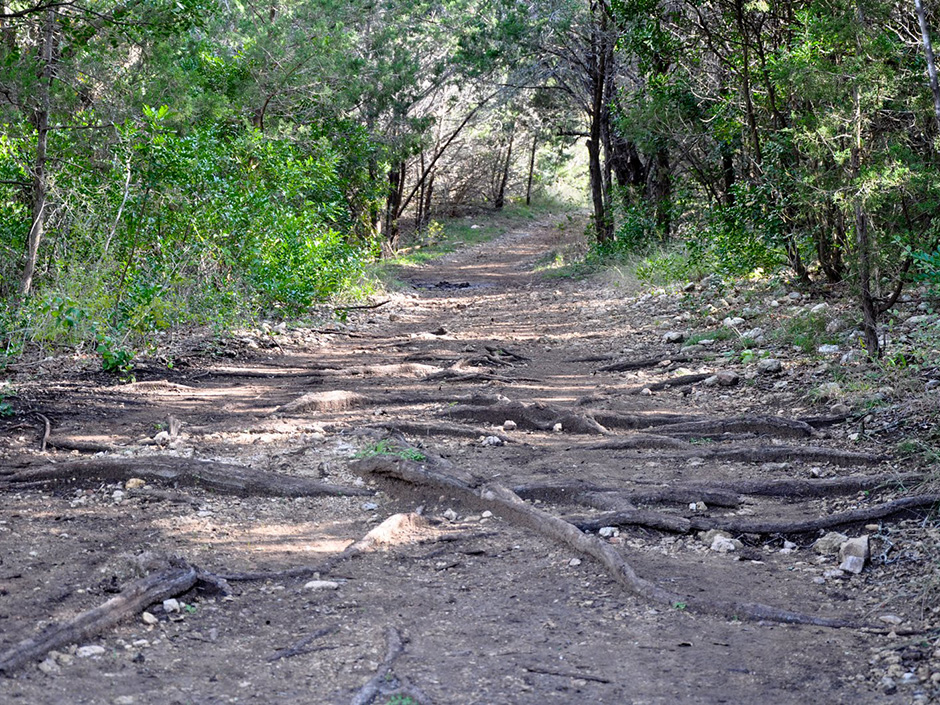 Over the past two weeks our E-Mini campaign has been running on cruise control as realized volatility continued to contract more and more. And that’s brilliant tape for anyone who managed to secure a seat on the bus while it’s a bit mind numbing, bordering the annoying, for all the ones who got left out. Well, good news if that is you – things are about to change as we are heading into what looks like a bumpy week. 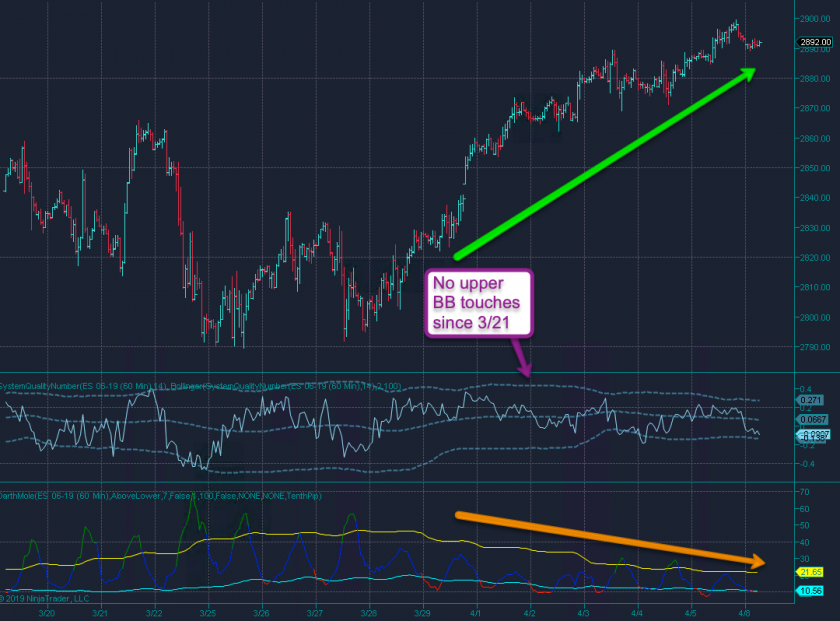 I think the SQN and volatility panels offer us a pretty good perspective on the current rally higher. But if I have learned anything in my time then it’s that markets have a tendency to shift as soon as you start feeling comfortable. It’s Ms. Market’s way of keeping you on your toes. 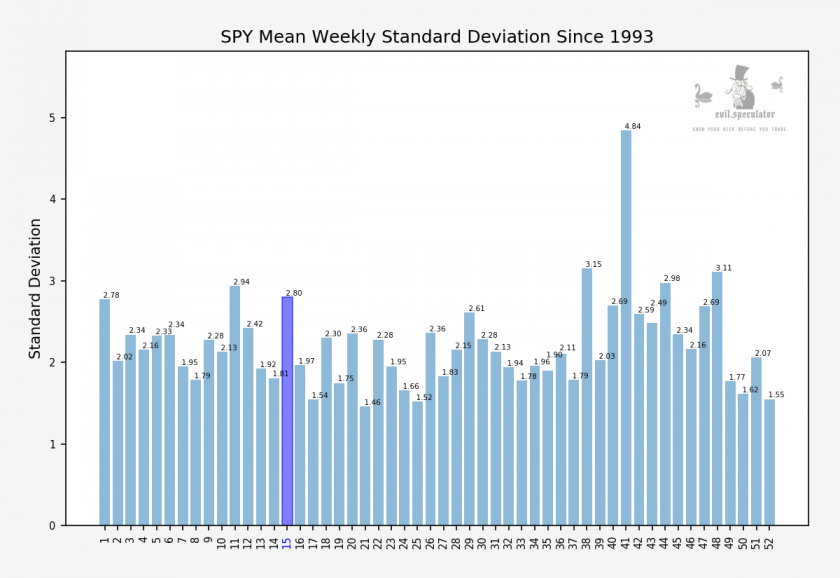 Alright, so let’s talk volatility. Week #15 has historically been the 6th most volatile week of the year with an average standard deviation of 2.8. Let me once more remind everyone that realized volatility knows no direction, so the swings could be to the up or downside. 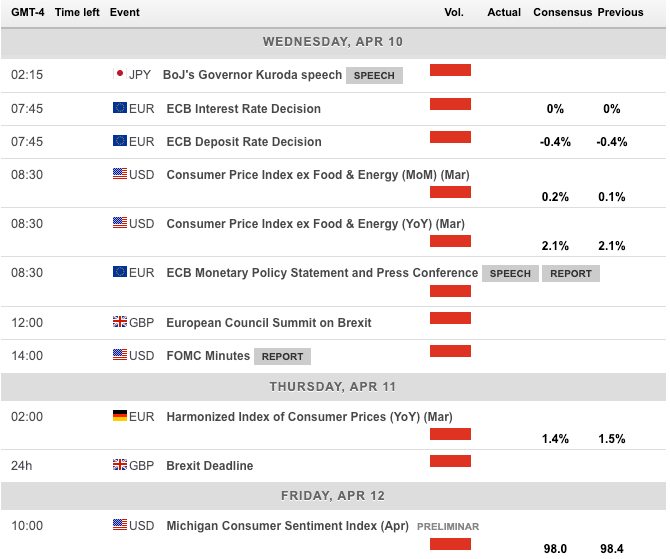 I don’t necessarily expect any fireworks today but we could start seeing a bit of monkey business on Tuesday and especially going into Wednesday when we have both the ECB’s interest rate decision and the FOMC minutes on our event roster.

FWIW – I’m not really worried about the Brexit deadline on Thursday as the political weasels on both sides are sure to find some type of hare brained last minute compromise assuming that nothing is settled and the musical game of chairs can continue for months and perhaps years to come. 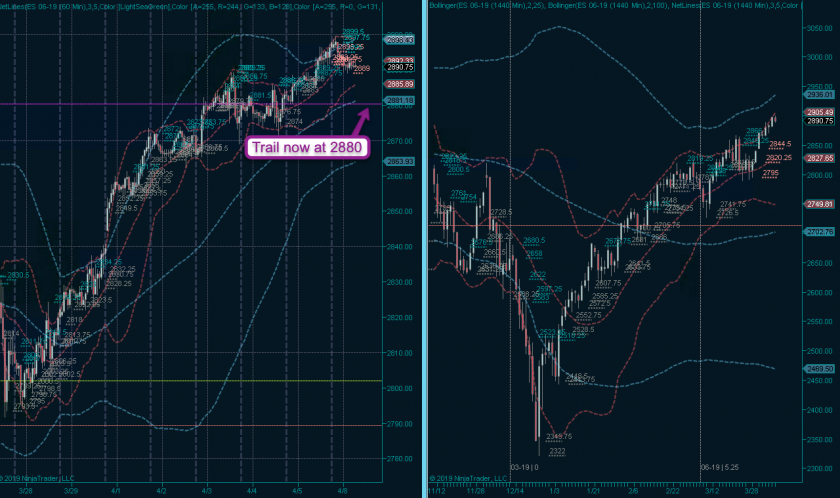 In the interim I continue to shift my trail higher which now stands at a juicy 5R locked in with another R in paper profits. 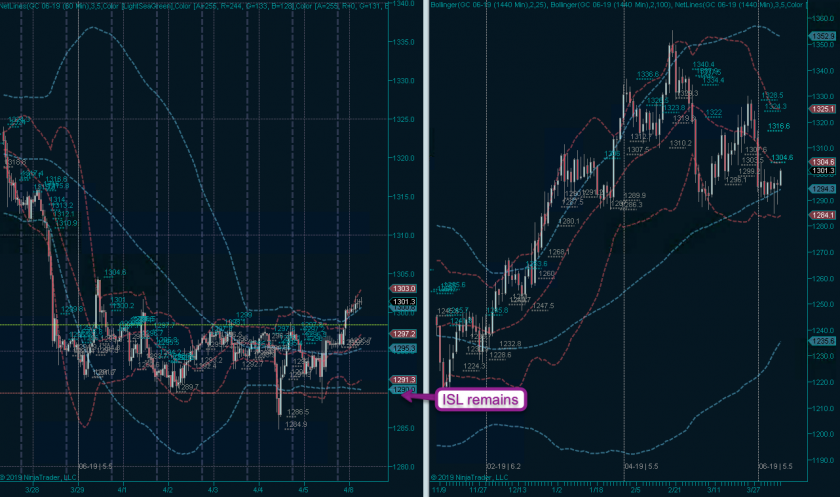 Boy we really had to be patient with gold but it finally seems like it got on its way overnight. My ISL remains a we obviously need to see a bit of upside progress first. 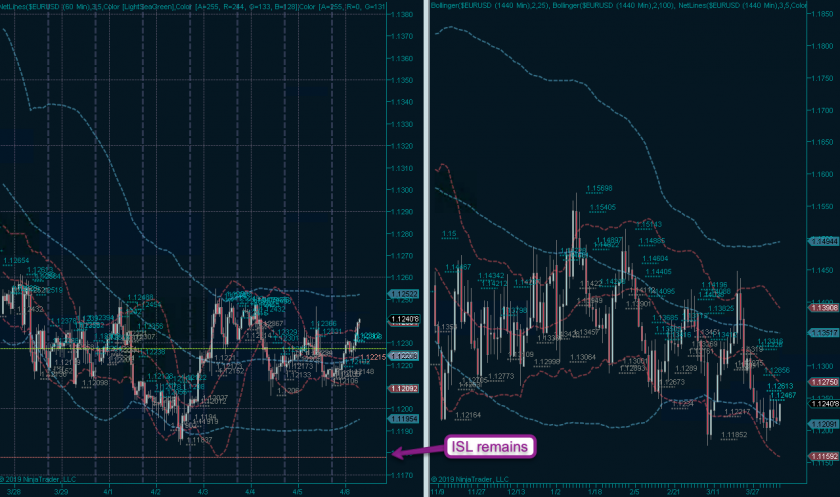 Much to my chagrin the EUR also appears to be on an upward course now – which I anticipated and thus decided to hedge myself accordingly. As on gold ISL remains for now. 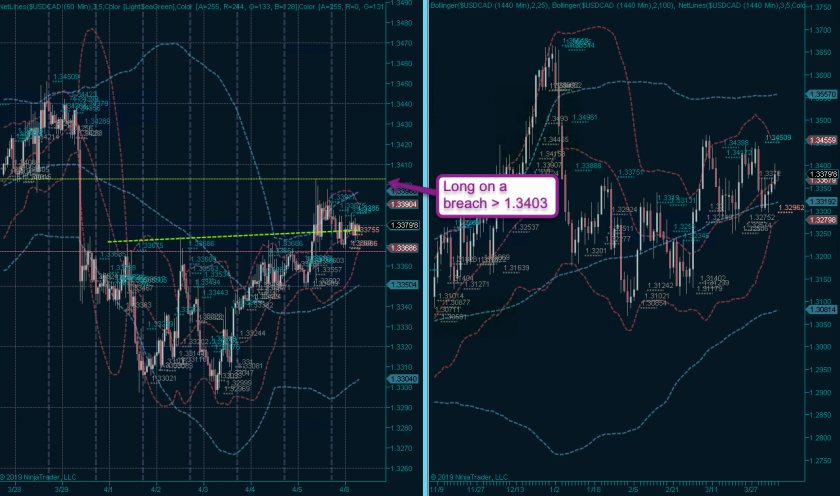 I’ve got my eyes on the USD/CAD which is still attempting to pick a direction. However if it manages to overcome its recent spike high at 1.3403 then I’ll be game for a small long position with a stop < 1.3367.