One of the side benefits of being a paranoid market megaolmaniac is that if the worst case scenario actually comes through you are at least mentally prepared. Once more the bulls pulled a textbook Lucy van Pelt on the bears – if you dared to chase the tape down yesterday you’re probably feeling a sharp sting in your hind. 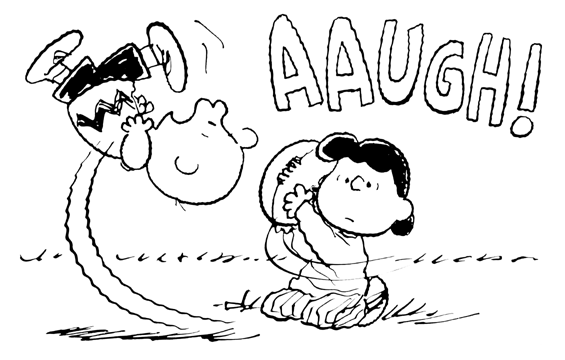 And yes, Clockwork Orange is pretty much dead. To quote Princess Bride: “It would take a miracle.” Plus I don’t see anything resembling bearish momentum on the Zero right now.

So, where do we go from here? Well, I think you know the answer to that question, but allow me to refine out last two contenders a bit: 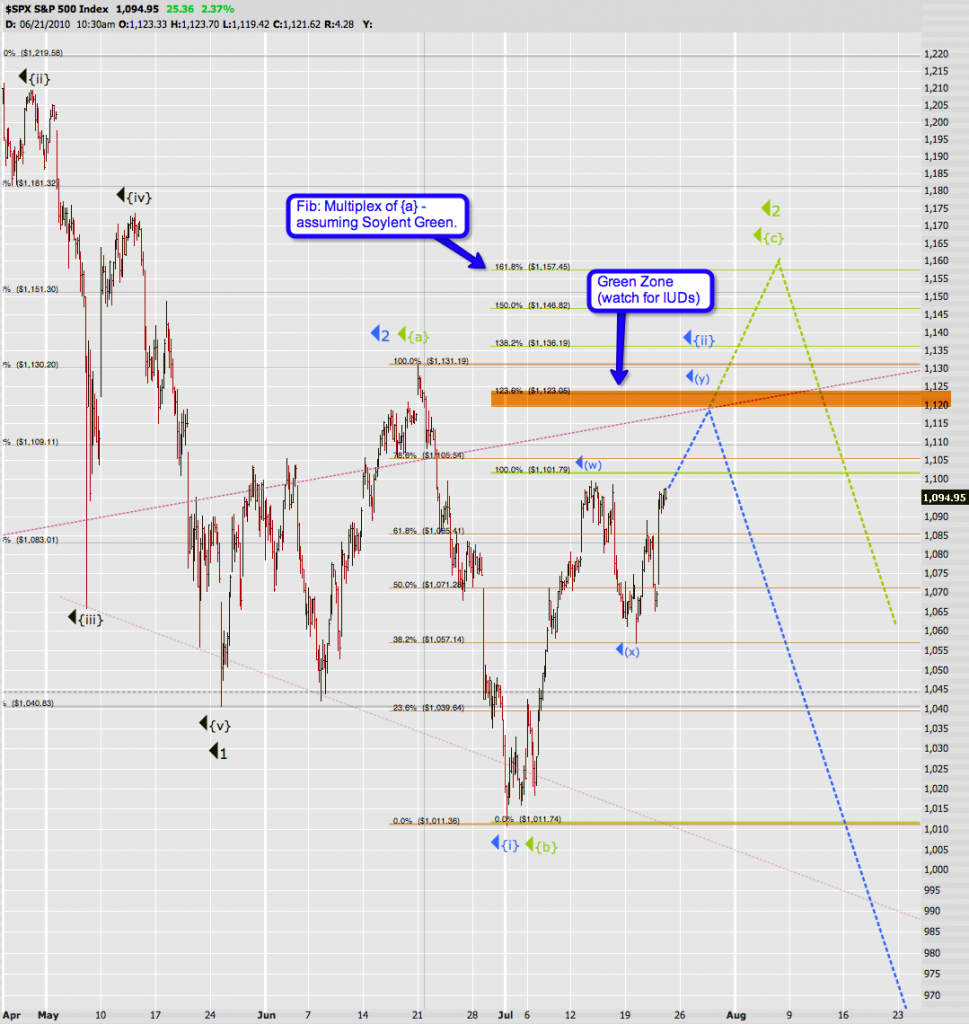 Soylent Blue confirms at 1100 and we are pretty much a bagel throw away from that happening. If we are lucky we reverse at that diagonal, which has been long term support/resistance now (it was a support line on the way up starting October through February). However, if this is a running flat (i.e. Soylent Green) then it’s not unreasonable to expect al push toward the 1.618 multiple of wave {a} and that means continued pain until 1160.