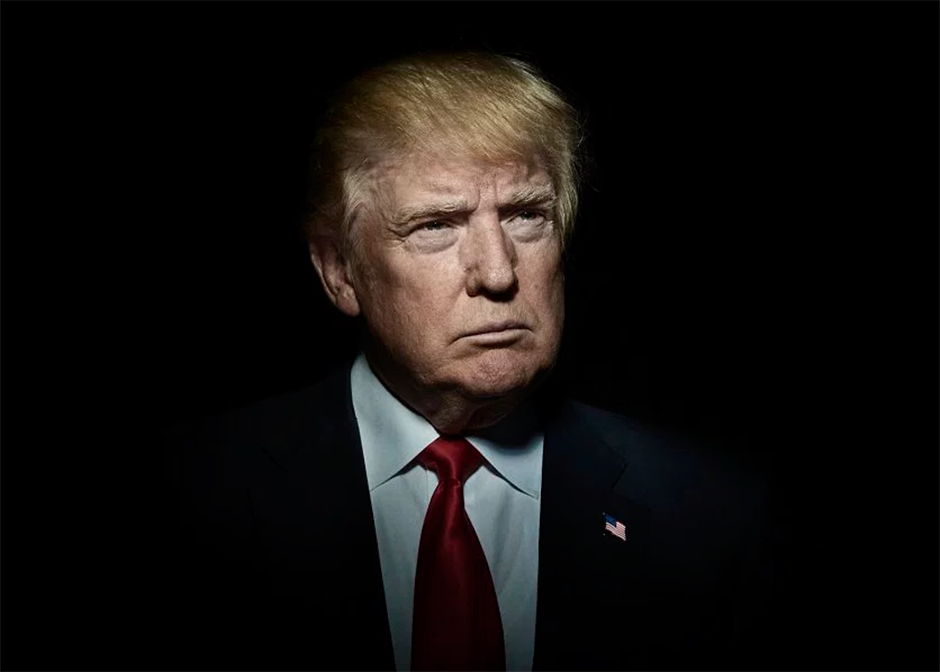 I had to think long and hard about what exactly to post today without insulting at least half of my readership. As you know I have kept political discussions to a minimum as a rule here at Evil Speculator. First up it’s awfully distracting and secondly it rarely has any bearing on our core activities which mainly revolve around banking coin and surviving our extended swim in the mirky shark infested waters of the U.S. financial markets.

And quite frankly there is little I could say about President-elect Trump that would most likely not immediately trigger an avalanche of emotionally charged exchanges. But – and there is always a but at Evil Speculator – a very important lesson can be learned as part of our ongoing journey to become the best traders we can possibly be. So instead of talking about the man who will be inaugurated sometime today let’s take a moment to talk about everyone else. Meaning the nation of people who elected Mr. Trump as the 45th president of these United States.

Playing By The Rules

And right away I can already hear the screams insisting that the popular majority of the country did not vote for Mr. Trump. And that is absolutely true – at last count Hillary Clinton won the popular vote by roughly 2.83 million votes. But she did not win the presidential election for the very reason that the United States is not a direct democracy, in the sense of a country in which laws (and other government decisions) are made predominantly by majority vote like for example Switzerland. Yes, some lawmaking is done this way, particularly on the state and local levels, but it’s only a tiny fraction of all lawmaking. Rather we (and this lowly expat counts still counts himself as part of your proud nation) are a representative democracy, which of course is only one form of democracy. And that is a fact, whether we like it or not.

And here we are the crux of the matter. Which is the ability to accept and abide by clearly defined rules which were agreed upon before deciding to participate in whatever type of activity. It doesn’t matter if it’s a board game, a sports competition, a spelling bee contest, or a national election. All these activities have one single thing in common, which is that they are clearly defined by rules and reglations. So if you choose to engage in said activity then your acceptance as a participant is contingent on you abiding and accepting those very rules, no matter if you like them or not.

Now that does not mean that you don’t have the right to criticize those rules or even seek to change them. More specifically if you are unhappy with the United States being a representative democracy then you are free to convince your fellow citizens to join you in your quest to convert to a direct democracy. Last time I checked the constitution of the United States allows for addenda and changes. Yes, it would take time but if the majority of the country agrees with you then there is nothing preventing a democratic nation of citizens to affect constitutional changes.

And obviously you already know where I’m taking this. Assume for a moment an alternate reality in which Donald Trump would have won the popular vote but Hillary Clinton would have gathered more delegate votes. Would any of the current protesters be on the street demanding for Donald Trump to be declared the legitimate president of the United States? Of course not – for the simple reason that self interest remains to be the basis of all reasoning. And the same token it’s quite possible that many Trump supporters would be on the streets of Washington D.C. right now chanting angry slogans and rejecting Hillary Clinton as ‘their’ president.

But as the old saying goes – you can’t have your cake and eat it too. Rules are rules and what would have happened in a direct democracy has little bearing to our current reality. Now you may forgive people for reacting emotionally after having supported their favorite political candidate for months or perhaps even years. A lot of money and hard work goes into even regional elections and the stakes of political power are high. However we should always remind ourselves that fairness and a system of law, among all other things, used to be part and parcel of what it meant to be an American. And it was that very aspect of our nation that many others wound up admiring as a model for the rest of the world. So ask yourself if you are truly ready to throw out the baby with the bathwater.

Of course I have seen signs of cognitive dissonance many times on the trading front as well. People routinely engage in pertinent activities but often seem to be unable to accept the final outcome. Which is a rabbit hole that goes as deep as you are able to chase it. Maybe your stop got touched overnight as a result of a widened spread, or perhaps you got a margin call which you couldn’t satisfy, or an FOMC event robbed you out of significant paper profits. Instinctively we want to blame external factors for our failure but this is exactly the very moment when we should remind ourselves that we agreed to abide by those very rules ahead of time. You may remember the stack of documents you were asked to sign when opening your trading account. Right, that one. Which, had you taken the time to read it, would have explained to you in exhausting detail all the rules and ramification as well as the financial risk to which you were about to expose yourself. And any lawyer worth his/her salt will be first to tell you: Ignorance does not give you license to skirting the rules.

Mental discipline and rational thinking is not something we are granted at birth. Some of us are more predisposed to separating our emotions from our daily decision making than others. Most of us fail constantly and have to work on it every single day of our lives. It is an arduous process that requires constant personal vigilance and mental effort. Relenting into simply following your instincts and emotions usually leads to stark long term consequences – on the political as well as on the trading front. And just because everyone around you seem to be doing it doesn’t mean so should you.

Evil Speculator Rule #134: Accept the outcome and learn from it, whether you like it or not. It won’t change the outcome but it certainly will change you.