Well, not really – but in a pinch there’s always Richard Simmons!

Warm fuzzy feelings aside there are however a bunch of very huggable commodity setups on my plate today. The leeches get one free (here’s too you Wimpy-Gerbil) and the rest are for the subs: 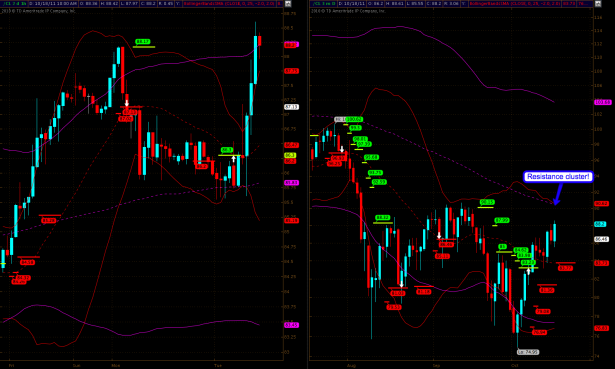 Crude has been going strong today after hitting an hourly NLBL – that’s the way we like it. Now there’s no sense in chasing this move up and what we’re mostly interested in is that cluster of resistance looming right ahead. So taking out a short position near the 90 mark with a stop slightly above those two SMAs may just be good medicine.
[amprotect=nonmember] Charts and commentary below for anyone donning a secret decoder ring. If you are interested in becoming a Gold member then don’t waste time and sign up here. And if you are a Zero or Geronimo subscriber it includes access to all Gold posts, so you actually get double the bang for your buck.
[/amprotect] [amprotect=1,13,9,12,5] 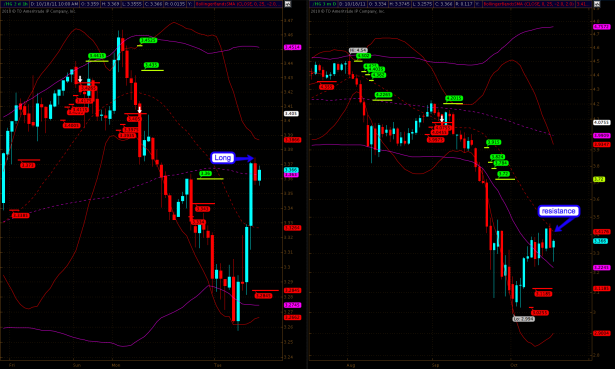 What else is new – copper of course, which just hit some daily resistance and was painting an inside candle on the hourly a mere 20 minutes ago. In the meantime we already dipped and pushed back up up – so our game is to watch for a breach of today’s highs which will hopefully lead us higher above that 25-day SMA. I only see air above that one until the 3.9 mark. 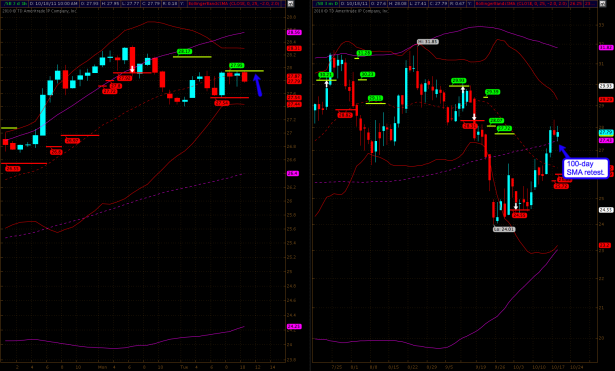 Let’s sweeten things up a little. Sugar just bounced back from an hourly NLBL (and since I took this snapshot we dropped to 27.66). If we breach that hourly NLSL and the lower BB line at 27.42 then down we go and probably toward 26.4. If we push above the NLBL then I have 29 in my sights. This is one sweet setup IMNSHO but bear in mind that the dynamics will be less clear once we retire those hourly net-lines. Timing, after all, is everything – n’est-ce-pas? 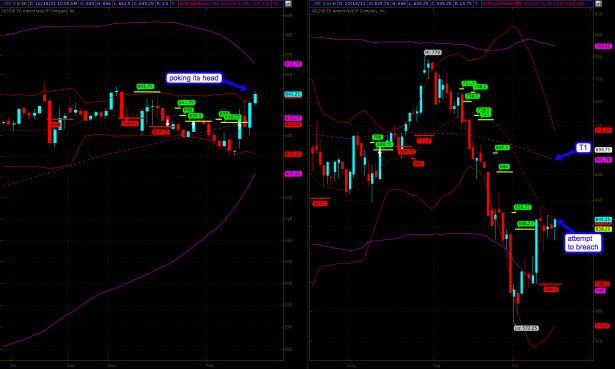 Corn is basically where I would like crude to be. It’s attempting to breach the 25-day SMA and once it does odds are we are going to 690. 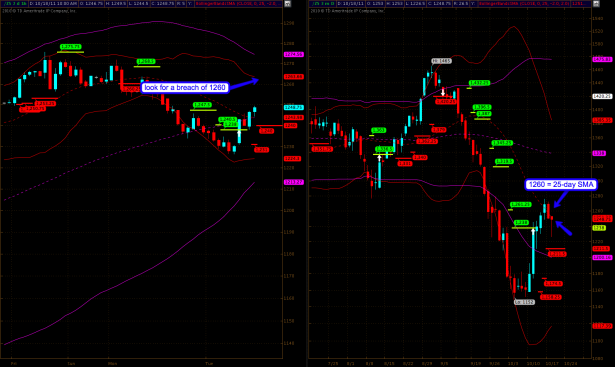 Soybean looked pretty bearish this morning but has almost retraced all of today’s downside. Again, once it pushes above that 25-day SMA it may be good for a push into 1330. Are you starting to see a pattern here? Everything appears to be in alignment – which again ties into my ‘vertical & horizontal inflection points’ theory. 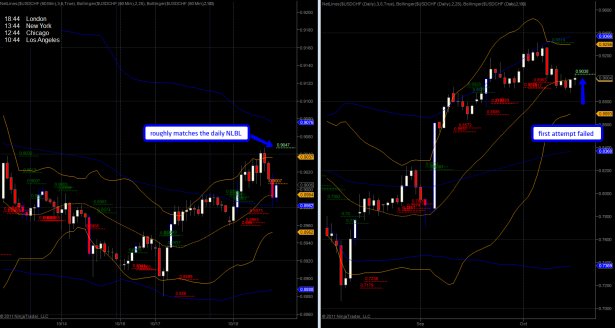 And almost as to prove my point here’s the USD/CHF (alright, I admit – not a major FX pair) sitting at the 25-day SMA. It failed its first attempt to crawl above that NLBL (0.9038) and is currently sitting at support near the 25-hour SMA (left panel). The hourly NLBL is at 0.9047, just a few ticks away from the daily NLBL. So, you already know what I’m thinking, right? First it needs to overcome the hourly NLSL at 0.9007 – that is strike one – add one position and set a stop below the 25-hour SMA. Then it needs to breach the daily NLBL at 0.9038 – that’s strike two – add another position and set your stop to 0.9007. Finally, we need to push above 0.9047, the hourly NLBL and that would be strike three. You can keep your positions and your stop as they are or pyramid a bit higher here.

How’s that for covering all angles?

Have fun and keep it frosty!
[/amprotect]