I just got word from my pal over at -273 who unexpectedly had some kind of creative epiphany which he channeled into the following t-shirt design: 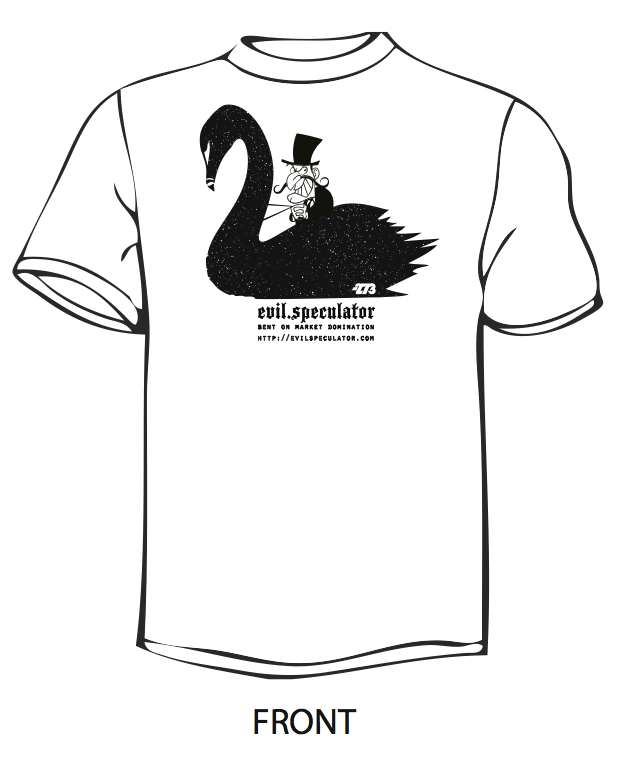 Frankly – and I’m not saying this to pimp my own shop – this is one of the coolest shirts I have ever seen. I’m still laughing looking at this silly thing – it’s so dastardly obnoxious as the sheer notion of riding a black swan event borders the sacrilegious. In other words – this shirt uniquely captures the essence of Evil Speculator – it’s perfect.

I told those guys to keep the price low after some of you rats balked at v.1.0 and its price tag. However I decided to go with the higher quality American Apparel shirts and to keep things affordable to stick to one color only – black on white – simple and clean. I should probably know the price point in a few days, will let you guys know as soon as I hear back. Just so you know – I most likely won’t be making much money on this shirt – it’ll be a donation to the community and the majority of the profits for the first edition will go to -273.