As we remain range bound I am not taking on any new positions today. But this is a good opportunity to talk about one particular setup I have been patiently monitoring. Like hapless prey I follow it at a distance, determined to not strike too early but at the same time keep close enough to not let it get away. With a bit of luck and some election season magic it may just turn into the trade of the year . Ya se verá. 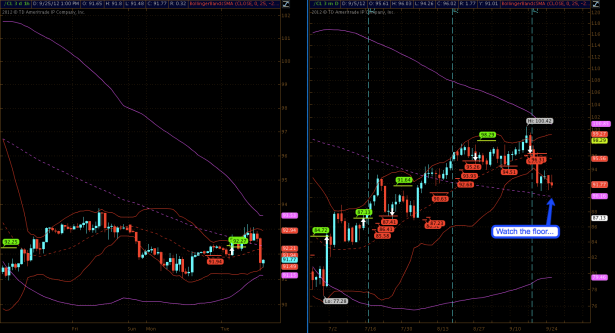 If you have been hanging around here for a while you may have guessed it. I’m talking about crude, which is showing a lot of weakness and has been slowly descending toward its 100-day SMA. Suffice to say that I want to see a breach here, thus 90.2 is where things get interesting. Of course until we trade below that I consider this a great long opportunity. 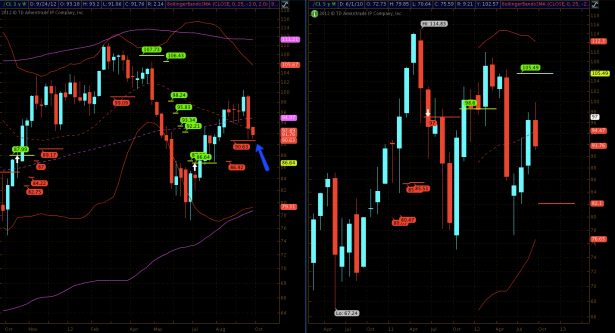 However the reason why I am excited about this setup is the long term view. My weekly NLSL at 90.63 has been touched already (almost but good enough) and this is the breach I was hoping for. Unfortunately that Net-Line is going to expire on Friday, thus in a perfect world we would get it by then. Realistically – well, if we get a drop next week then I won’t be asking stupid questions and just be short.

My P&F chart is already proposing a bearish price objective of 81.0 – wouldn’t that be nice (at the pump but not for my EUR/USD exchange rate). Obviously the link here is the Dollar and if you are a sub then you know already that it’s trading near some LT support right now. Not that I would want to underestimate its suicidal tendencies but I have to hang my hat onto something, right?

So dude – keep watching that floor on crude! I have an inkling that it’s one setup you don’t want to miss out on this fall. You have been briefed! 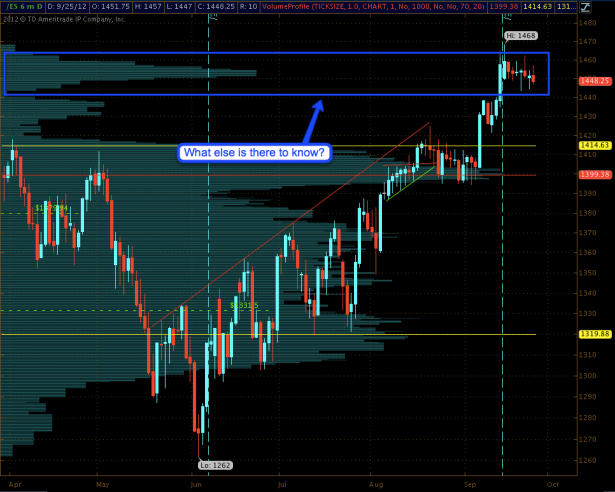 Equities – please – gag me with a spoon. Don’t get me wrong – I don’t have any directional bias but I do like decent entries and I see none right now. Again subs – you know what the bullish PO is on this one – trade accordingly. 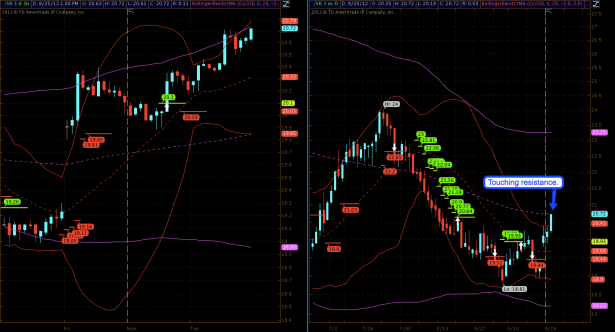 Here’s something that just popped out of the woodwork. Sugar right at the 100-day SMA. BTW, it’s also at a weekly NLBL (not shown but it’s at 20.7). Not a bad spot for a quick short. What I don’t like about the daily chart is that the 100-day has not been observed very strongly recently. So it’s possible we slice through – but heck, let’s not over think this. Put a stop above 20.8ish and sort it out later. The meek rats shan’t inherit the earth!

Muchas gracias to the hardcore crew who’s been keeping the comment stream alive in the past two days. All those Jewish holidays have pushed activity to the baseline. But let’s not forget – slow periods are when we pay attention – it’s an opportunity to prepare. This way we’re ready to rock & roll when things take off. And they will.