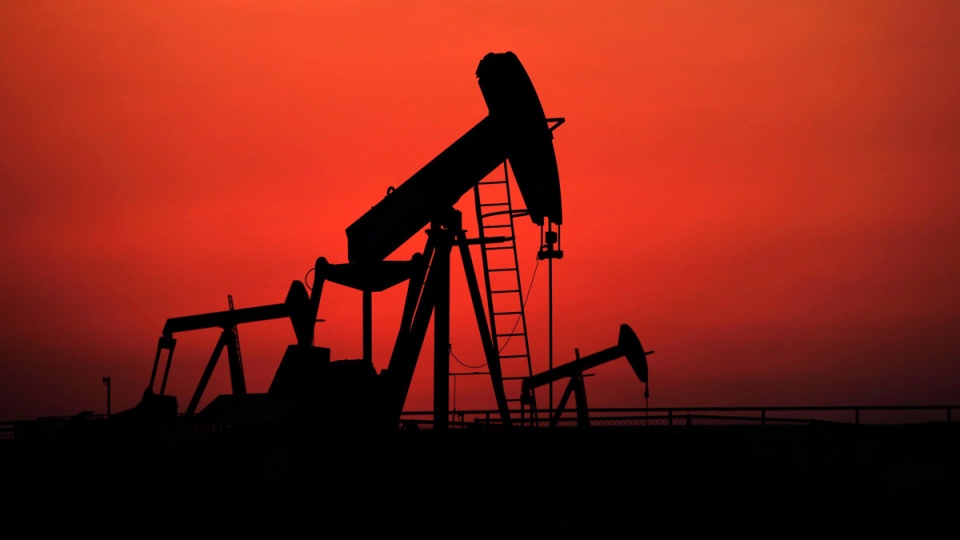 We got pretty lucky there the other day jumping on the precious metals express train as there are but a handful of symbols I feel tempted to touch even with a ten foot pole right now. Clearly I was expecting a bit more post vacation participation but judging by yesterday’s tape across the board we may remain stuck in this churn zone from hell until further notice. The upside of being a retail trader is that nobody can force us to participate in crappy markets. Instead let’s focus on the few symbols that look promising. 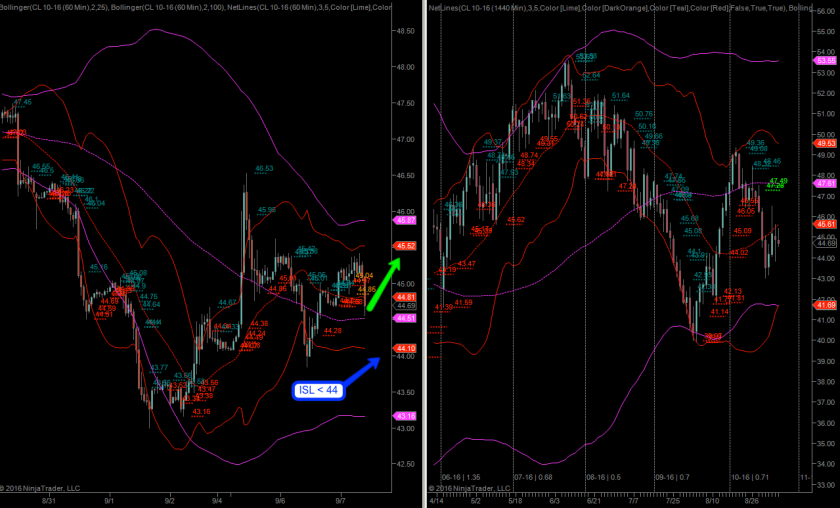 Along with long gold and silver positions I also entered a short in crude which was stopped out at break/even yesterday. This really isn’t much of a surprise to me as crude finds itself at an important inflection point as well and the more violently the shake out the more lucrative I expect to be the eventual resolution. It’s like getting into that club with the long line in front of it – you just know that it’s full of hotties (or maybe that’s just our imagination). As the saying goes – if it’s easy to have it’s not worth having. In trading that mindset can be productive to some extend as long as you don’t become obsessed about a particular symbol. I usually give it three worthy tries until I decide that it’s just not supposed to be and that I’m better off moving to a different symbol.

So crude – yes – it’s looking fantastic here again and I’m already long with a stop below 44. Now I’m not going to promise you that this thing is about to get out of the gate right here and now. Like natgas a.k.a. the widow maker, crude is a tough and expensive contract to be participate in. It can churn you to hell and then suddenly take off. Yeah, I know – what else is new?

If you’re on a budget then I recommend USO – however it comes with a caveat: First of all don’t go short USO – the repricing can really trip you up – only trade it to the upside. USO’s stated goal is to track the ‘daily’ movement of oil and that’s fine if you’re holding it (long) for a few days. However if you intend to track oil (short or long) then you may be better off with long dated CL contracts (i.e. December and further out) and occasionally roll over into a comparable month contract each month. But don’t take my word for it – here’s part of the description of USO over at ETF.com:

USO, among the largest and most liquid oil ETPs available, delivers its exposure to oil using near-month futures. USO’s huge asset base waves away closure risk, and its massive liquidity makes trading a snap. USO gets exposure to oil using derivatives, like all oil ETPs. Derivative returns can vary greatly from spot oil prices, but spot oil is uninvestable. USO holds front-month futures contracts on WTI, rolling into the next contract every month, just like our segment benchmark. This method is particularly sensitive to short-term changes in spot prices, but can also result in heavy roll costs. That makes USO a great vehicle for riding short-term moves in crude prices, but long-term holders may want to look at other options.

So to summarize – how you are trading crude inherently depends on your trading horizon as well as the direction. If you’re just holding few a few days then go ahead and trade USO (long only) or the CL front month contract (short or long). Assuming of course you can afford it – don’t sacrifice proper position sizing, you will get smashed. If in doubt use our handy futures risk calculator – you will thank me later.

If you are considering to hold for more than a few days then I suggest you look further out the futures chain, i.e. three months out or more. The added caveat with that is crude is in Contango – which means that the front month contract is cheaper than the forward contract. Case in point: CLV6 (Oct) is currently hovering around 45 whereas CLZ6 (Dec) is just below 46.4.

The ‘normal’ condition in futures is the opposite and that’s called ‘backwardation’. Wikipedia defines it as such: Backwardation is the market condition wherein the price of a forward or futures contract is trading below the expected spot price at contract maturity.

Trading a contract in contango means that you will lose money over time and thus a ‘buy and hold’ strategy effectively plays against you right out of the gate. If you intend to hold crude for more than a week or two then make sure you get in near inflection points after which you expect moves that exceed 2 standard deviations or more.

Two more promising futures setups below for my intrepid subs.