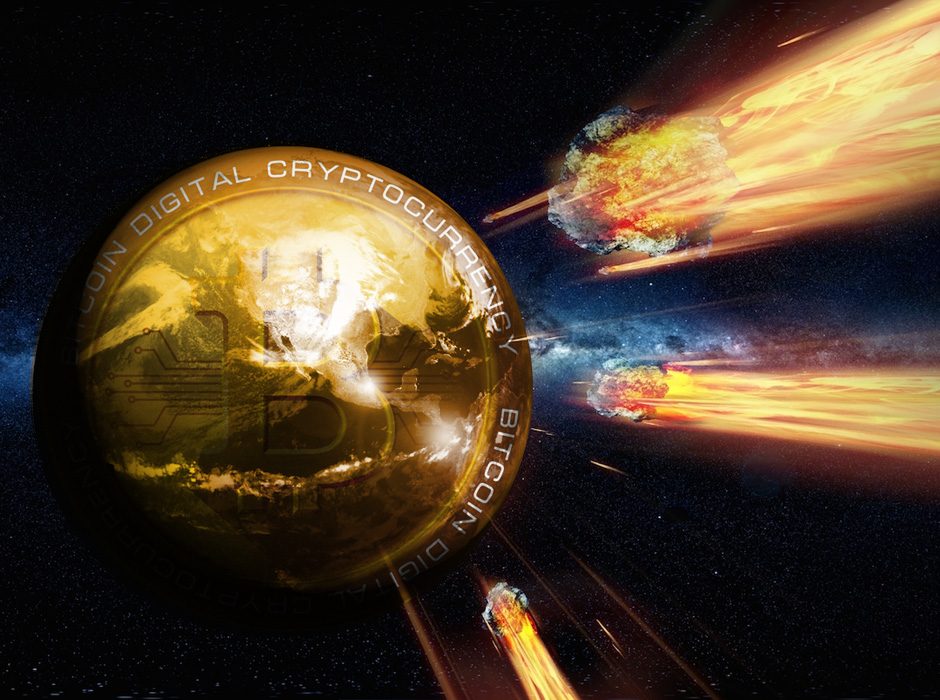 Cryptos across the board (and BTC in particular) are tumbling again after India is leveraging the current shake-out of weak hands to scare a few more suckers out of their positions. I don’t really understand why India wants its population to be poor and powerless but after relieving them of their gold holdings it’s now time to stomp on cryptos. Occasions like these should remind everyone of the fact that investing in crypto currencies should be done only after large corrections and which are then held on a long term basis, meaning years. Otherwise you are much better off trading the swings. Which is an exercise we here at Evil Speculator happen to be rather good at after many years of practice. 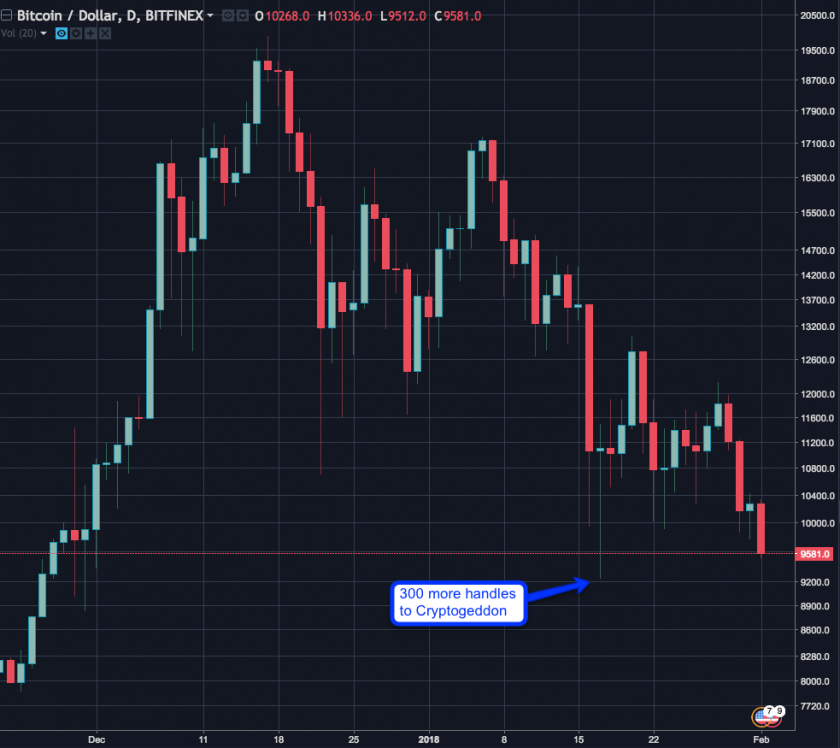 Given the current daily perspective we’ve got about 300 more handles before Cryptogeddon becomes a very possible scenario. Make no mistake, this chart is looking extremely bearish and a drop below 9200 ushers in a new phase in panic selling. 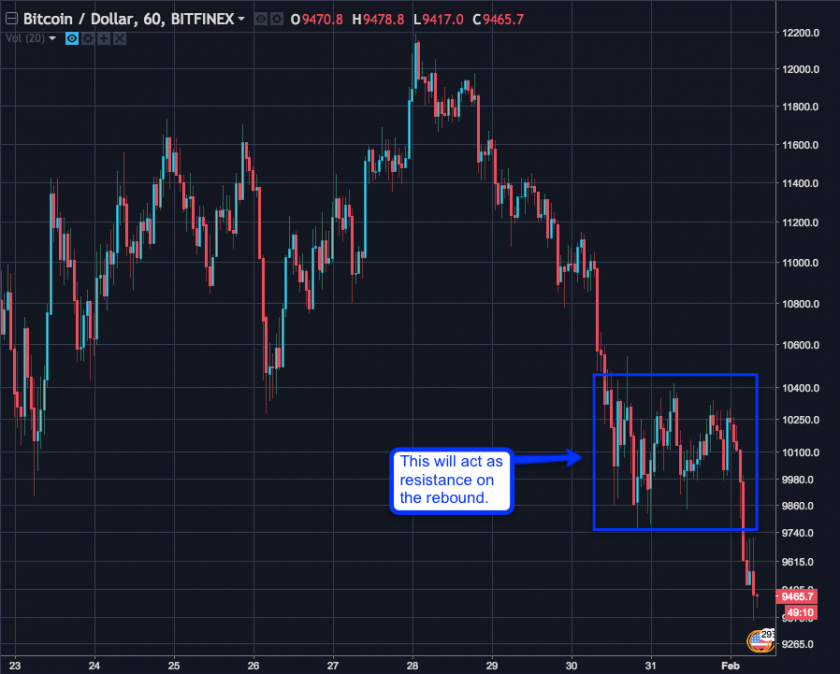 Short term it’s starting to look pretty ugly. Check out that sideways triangle which is now resolving to the downside and the traditional target would be around the 9000 mark. IF we get a bounce a bit further down the line this cluster will most likely act as resistance plus the 10k mark has major psychological value. 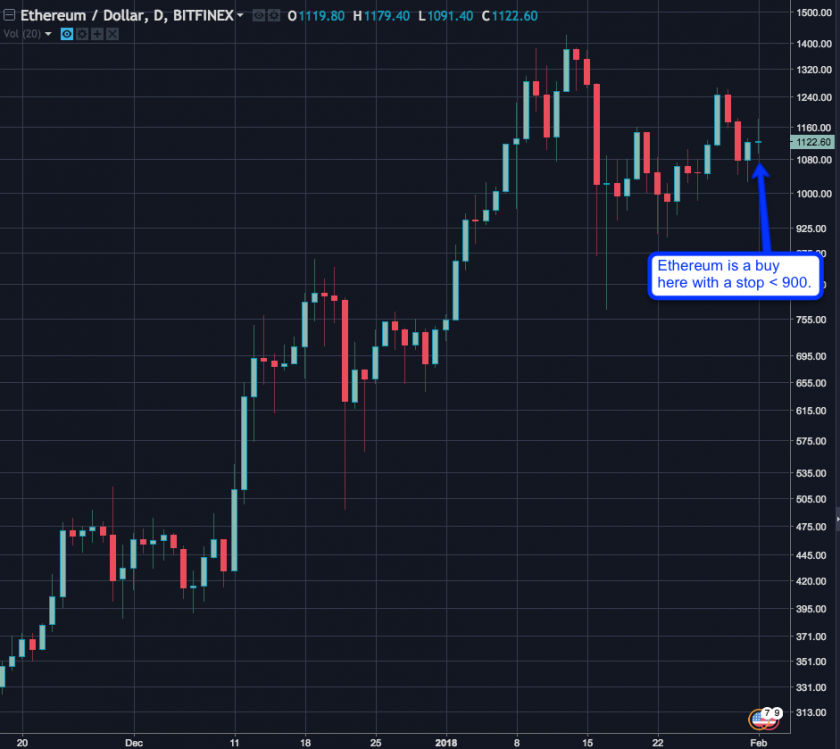 The two big holdouts are ETH and NEO (which is a bit related) which kind of makes sense as they both are catering to the Đapp space. 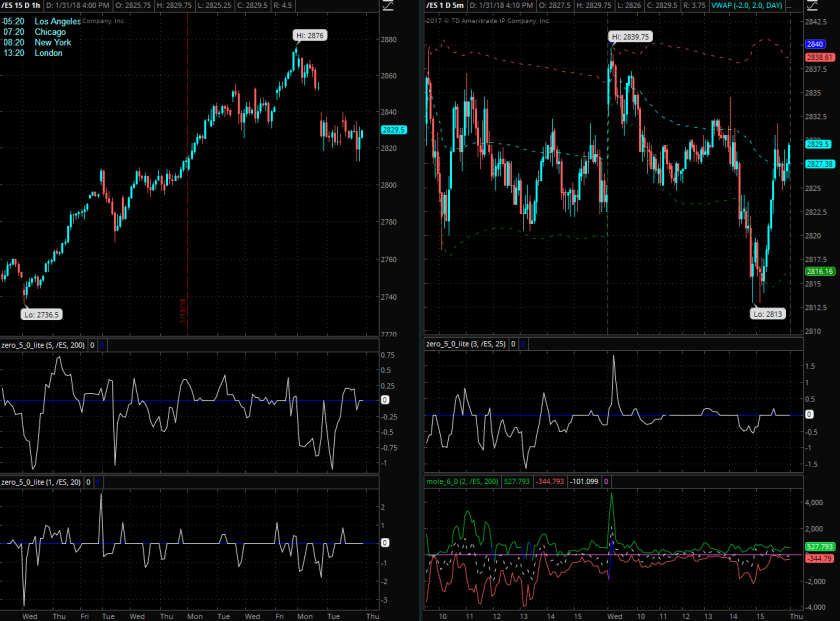 Now over in equities I’m glad that I held off on any long (or short) positions as we most likely would have had our asses handed to us. Nice little bear trap there, but Moley don’t play that! 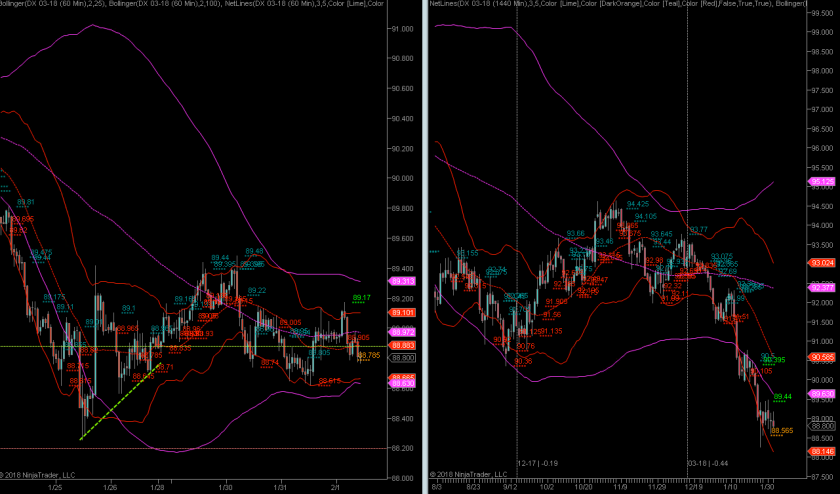 Our Dollar campaign is still coiling up – honestly at this point it’s still a coin flip but the fact that the BB is pinching and we haven’t dropped to the downside yet is a positive. 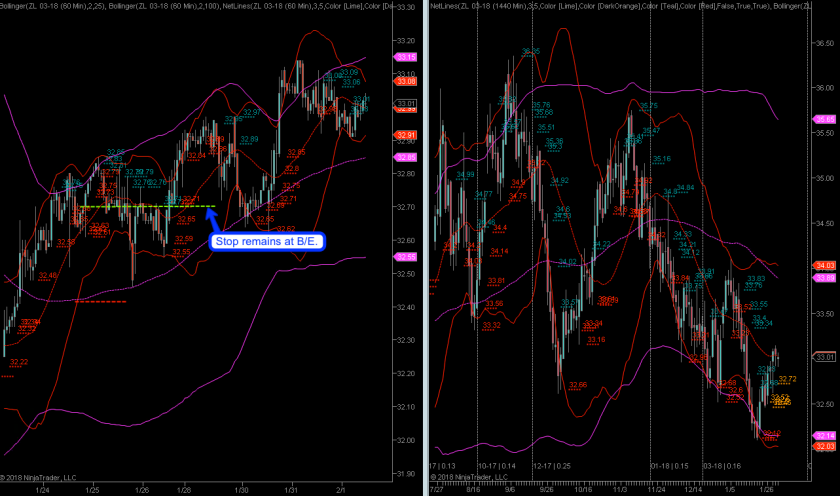 Soybean Oil still in good shape and our stop remains at break/even for now as we could see a bit more whipsaw. 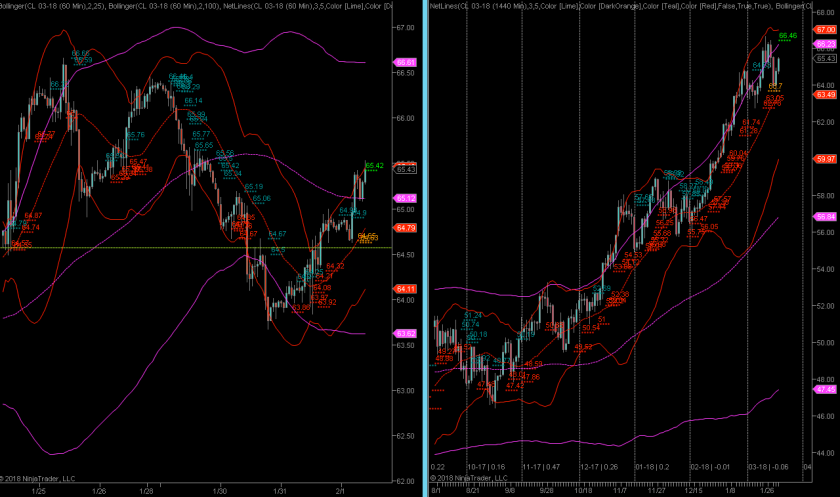 I hope my subs caught that big spike low and breach on crude as it’s GO time! I just moved my stop to break/even and so should you. This is exactly the type of formation I was hoping for – excellent! 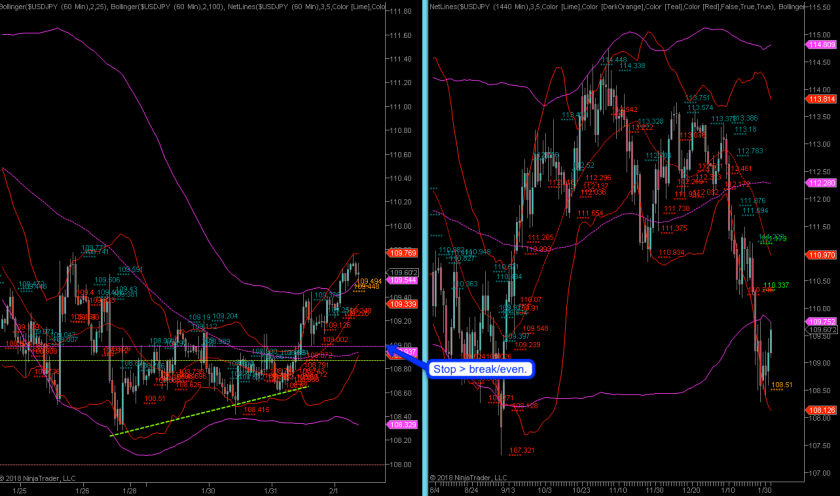 And last but not least our USD/JPY campaign seems to be following the script which means we get to move our stop to break/even or a little better. The snapback here could be massive and I’m super happy to have been able to hop on the bus just in time.

By the way, if you missed these or other recent entries then lower your head in shame and then head over to the sign up page to once and for all remedy your unfortunate condition. Evil Speculator Gold goes for less than the cost of a single E-Mini handle and if you enjoy trading it you may as well sign up for the Zero which includes Gold plus a continuous feed of our mostpopular market participation oscillator.