Boy, are the bears getting burned again during OPX – I think we should simply call this a regularly scheduled occasion as we have a year of precedence at this point. Okay, I’m not going to beat around the bush with this but the fucking P3 scenario is starting to lose credibility UNLESS we are topping with the next few handles. Let me show you what I see: 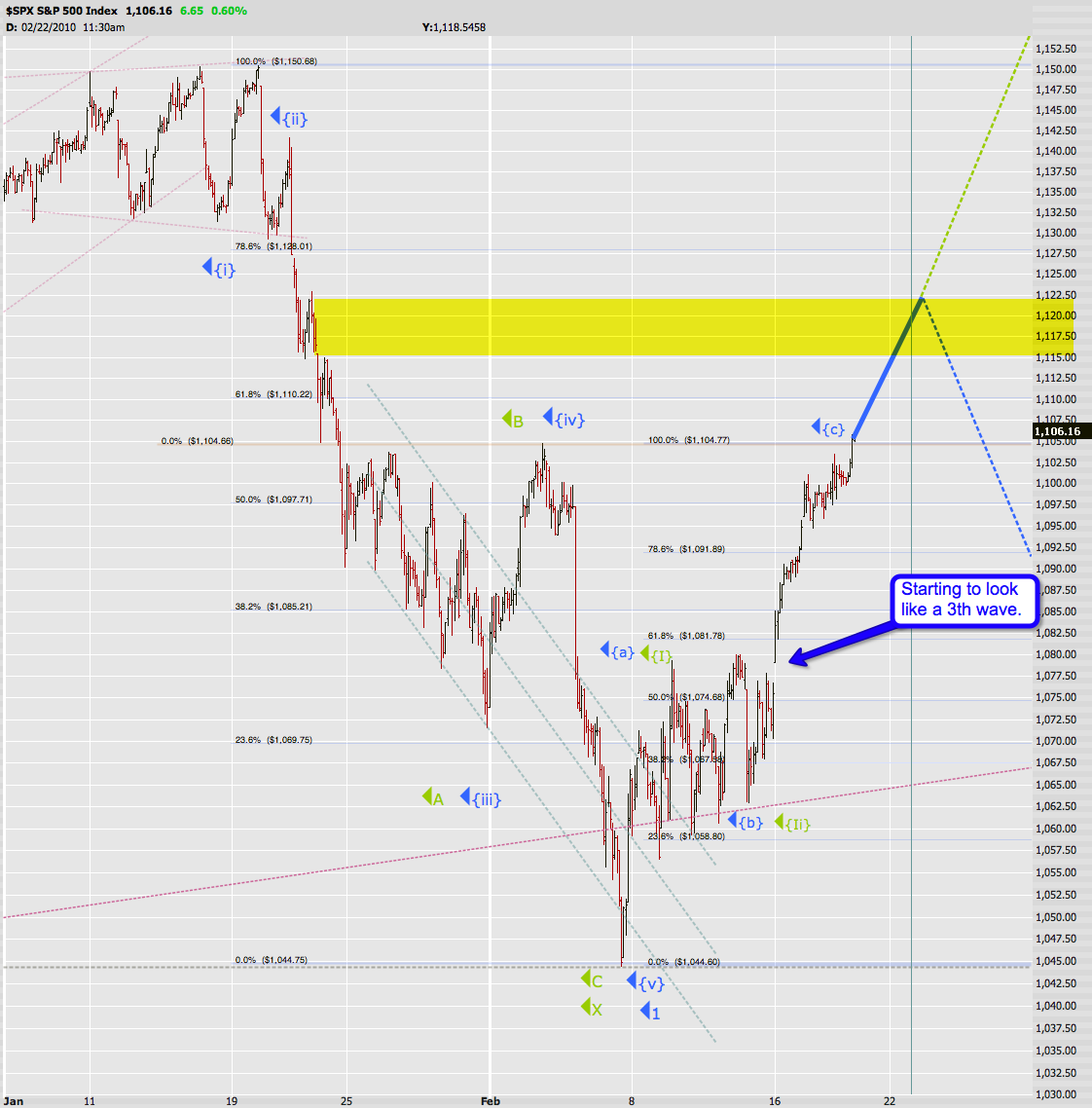 When it quacks like a duck and runs like a duck you oughta think about calling it a duck. Now, the P3 scenario is not dead by any means but it’s starting to look a bit iffy based on the breadth I’m seeing, which is weaker than a day or two ago but sustained. We could be dealing with a blow off top situation in which we perhaps push into 1,120ish and then turn. BUT – look at that little gap I pointed out – that’s usually the hallmark of a third wave in process and it’s right where it should be. So, the form of this wave is starting to resemble a motive wave and that would most likely indicate that green is in session. We better reverse within the next five handles or so, otherwise it’s time for the bears to start embracing the notion of yet another huge disappointment. We are now sitting at some resistance and if that breaks 1,020 is almost guaranteed – again, this is a line the bears want to defend fervently.

If we turn then this was some extended flat – the confirmation point for hat would be a drop through 1,056, and we’re far away from that. Sorry for being the bearer of bad news but the tape is what it is and the wave counts leave only so much wiggle room. Friday will most likely be key in determining on what the real trend is going to be for the coming weeks.

Okay, now that I ruined your day here are some bearish counter arguments: 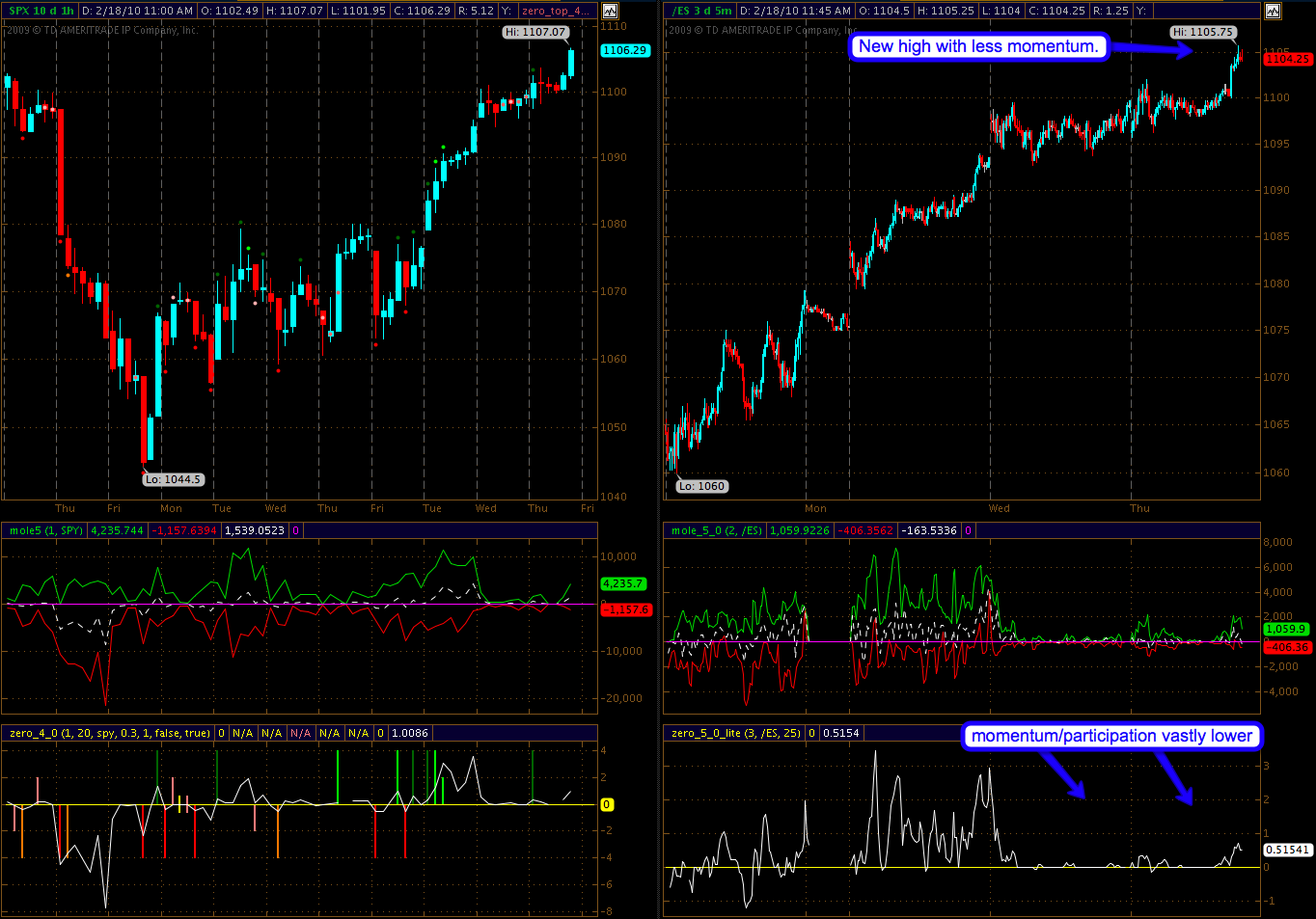 Screen grab of the current zero. As you can see Tuesday was quite intense but then we kept melting up despite vastly reduced participation/momentum. This points towards retail trader greed fueling this – but it also could mean nothing unless we start seeing some negative readings on the Zero Lite and that soon. I have seen these patterns happen before and sometimes this indicates that we are about to turn. But the inflection point for that is usually a drop with a strong negative reading and we’re not seeing that. Keep It Simple Stupid – as long as the Zero Lite hovers above the zero mark we probably continue our march up. 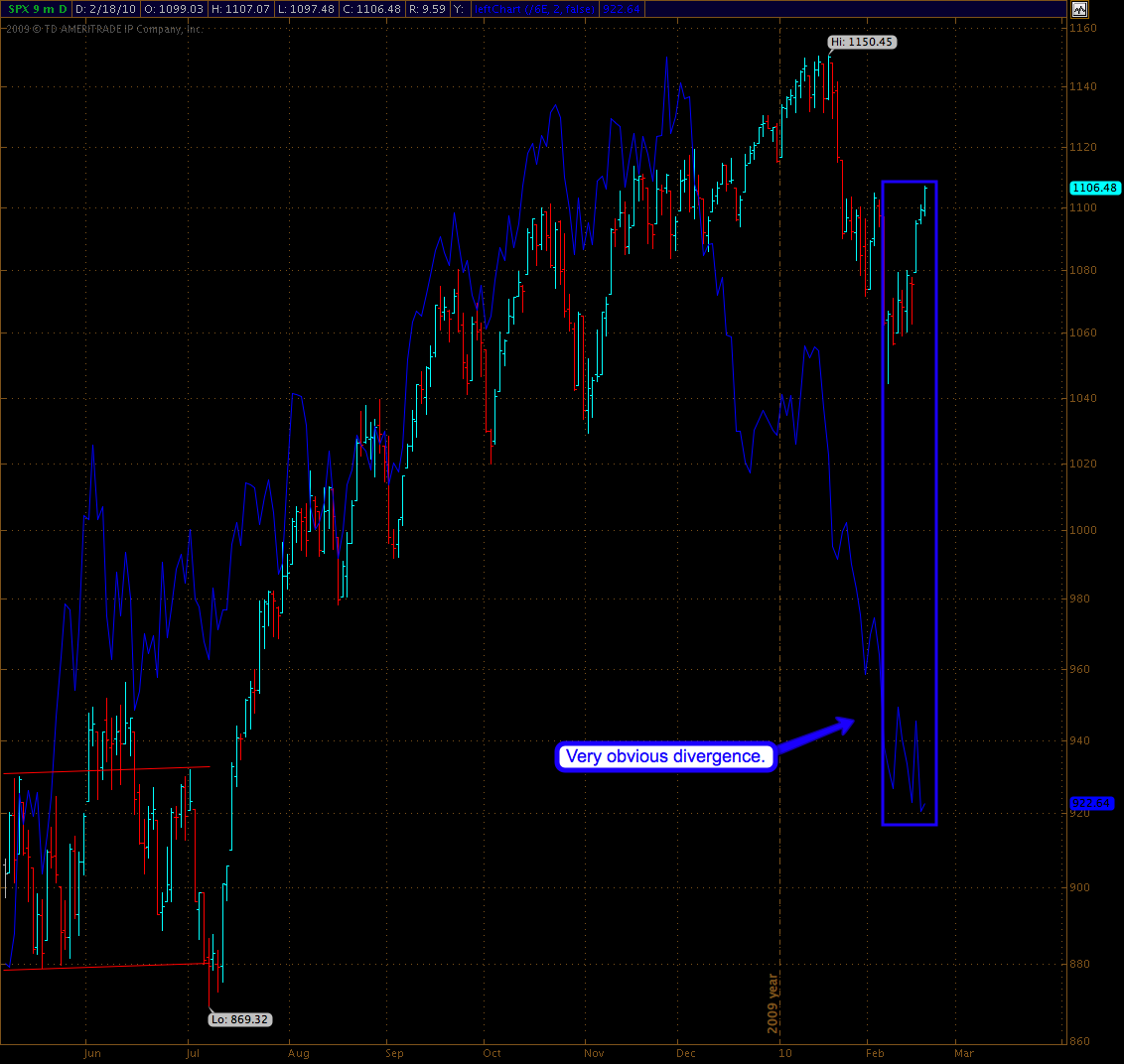 And then there’s that monster divergence between the Euro and the SPX. Obviously the currencies are lagging equities by far and it’s again the SPX that’s defying gravity (for now). I still believe that as long as this situation maintains itself Soylent Green is merely the alternate scenario – but if we see a sharp run up in the Euro I suggest to start hedging or closing our bearish positions. Keep an eye on that chart. 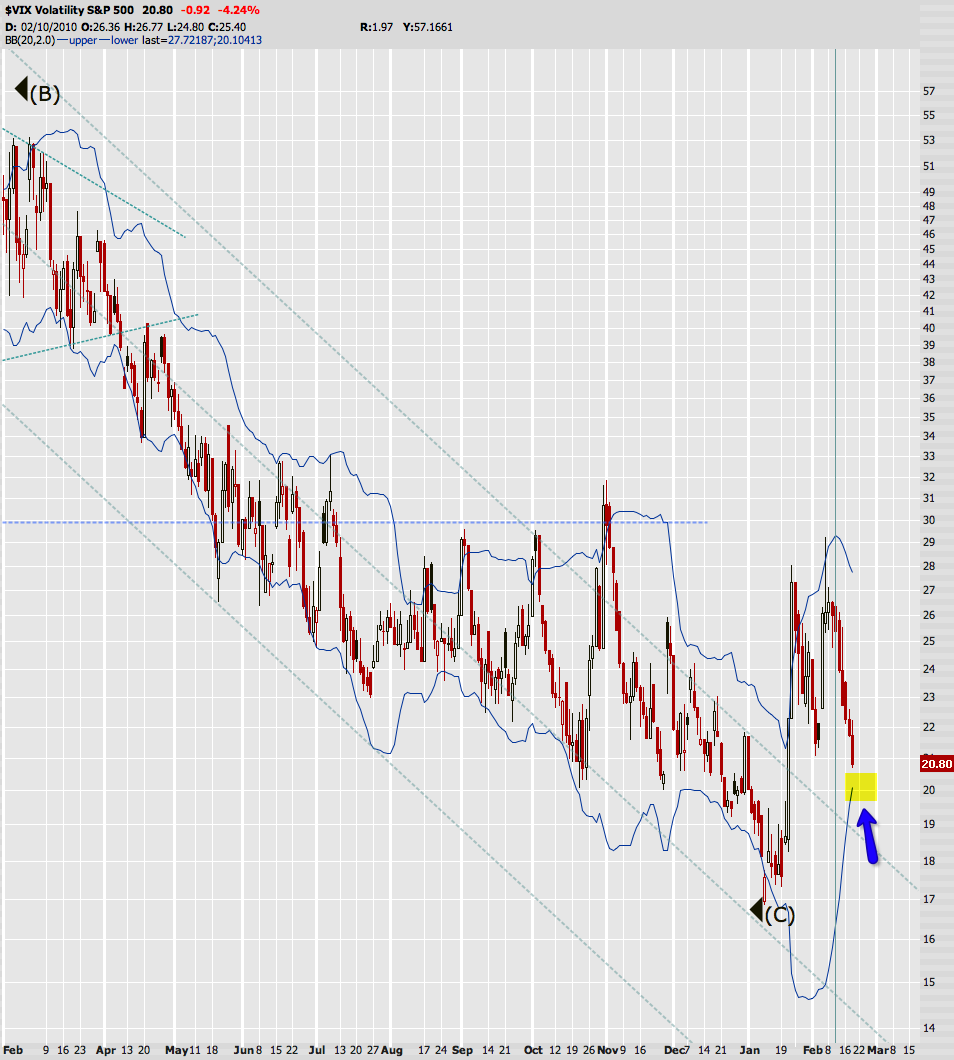 Also, let’s not forget Mr. VIX – as you can see the 2.0 BB is now pointing up and we are very close to touching or even pushing outside the lower border. If you fade your current emotions and look at this chart a reasonable perspective may be that yet one more day up might be the best thing that could happen to the bears. Hey, in this racket you got to think contrarian and always consider what would hurt the most amount of market participants. Clearly fear is fading fast and any remaining dip buyers are now jumping into the fray – so, a VIX sell signal may be just what the doctor ordered.

Finally, as you can imagine Geronimo has been on a tear all week. Has more than made up for the punishment in my long term puts 🙂