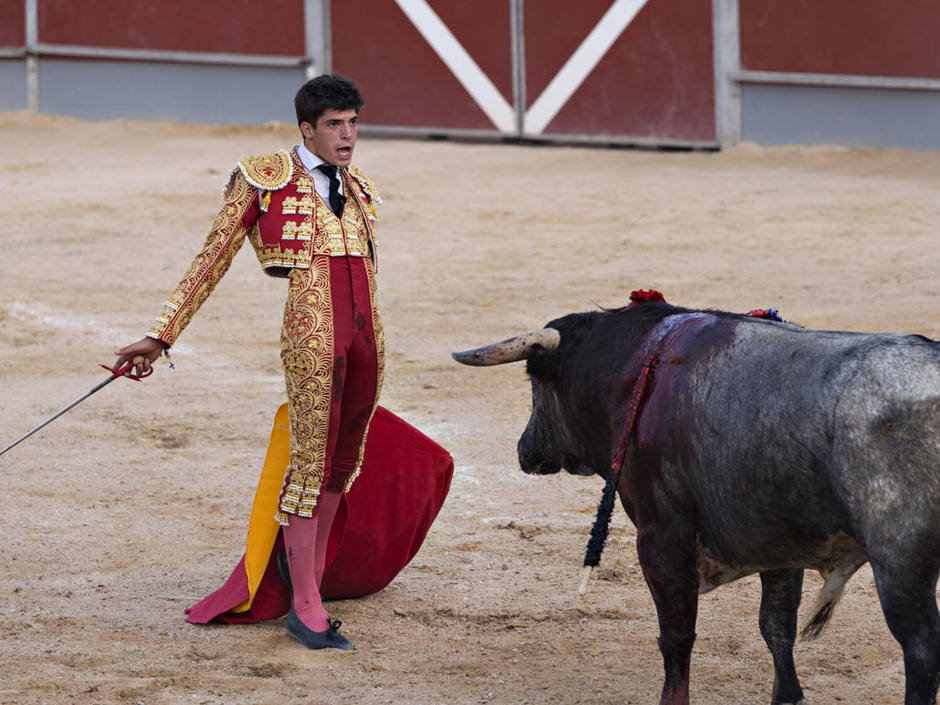 Bullfighting may be considered cruel and risky these days, but in the world of finance it seems like all signs of moral hazard and caution have effectively been thrown overboard. While the rest of the world is heading straight into a recession the U.S. economy continues to run on six cylinders. But will it be enough to avert a massive market correction on a global scale?

If you bought my Price Action Masterclass then you know that a bull market usually ends in one of two ways: It either runs out of buyers and eventually quietly rolls over and dies – or it explodes higher in one final surge of bullish exuberance and then quickly runs out of oxygen, after which gravity takes care of the rest. 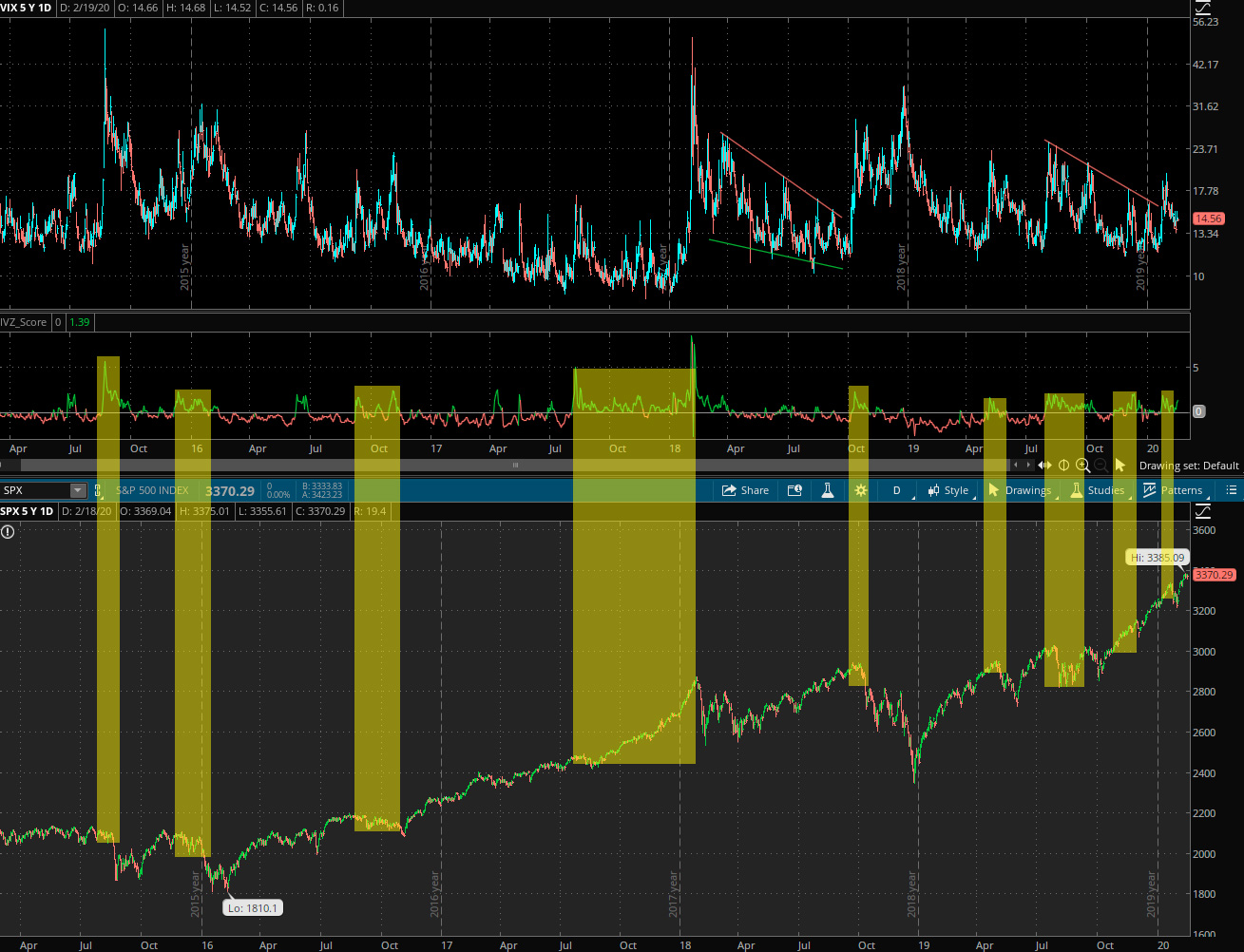 Tony recently introduced the Implied Volatility Z-score indicator in his Options 101 course. In simple terms it is a way of framing every symbol’s implied volatility in context.

The current VIX is around 14.5, putting it around the long run average of 14.7. Its own IVZ-score (yes we are measuring IV of IV) is 1.3, which means it’s 1.3 standard deviations above the mean. Is that a lot?

Well, yes it is but the question we should ask ourselves is whether or not there may be consequences for the equities market. And based on historic precedence I can say without hesitation that a persisting elevated reading does eventually lead to a meaningful market correction. 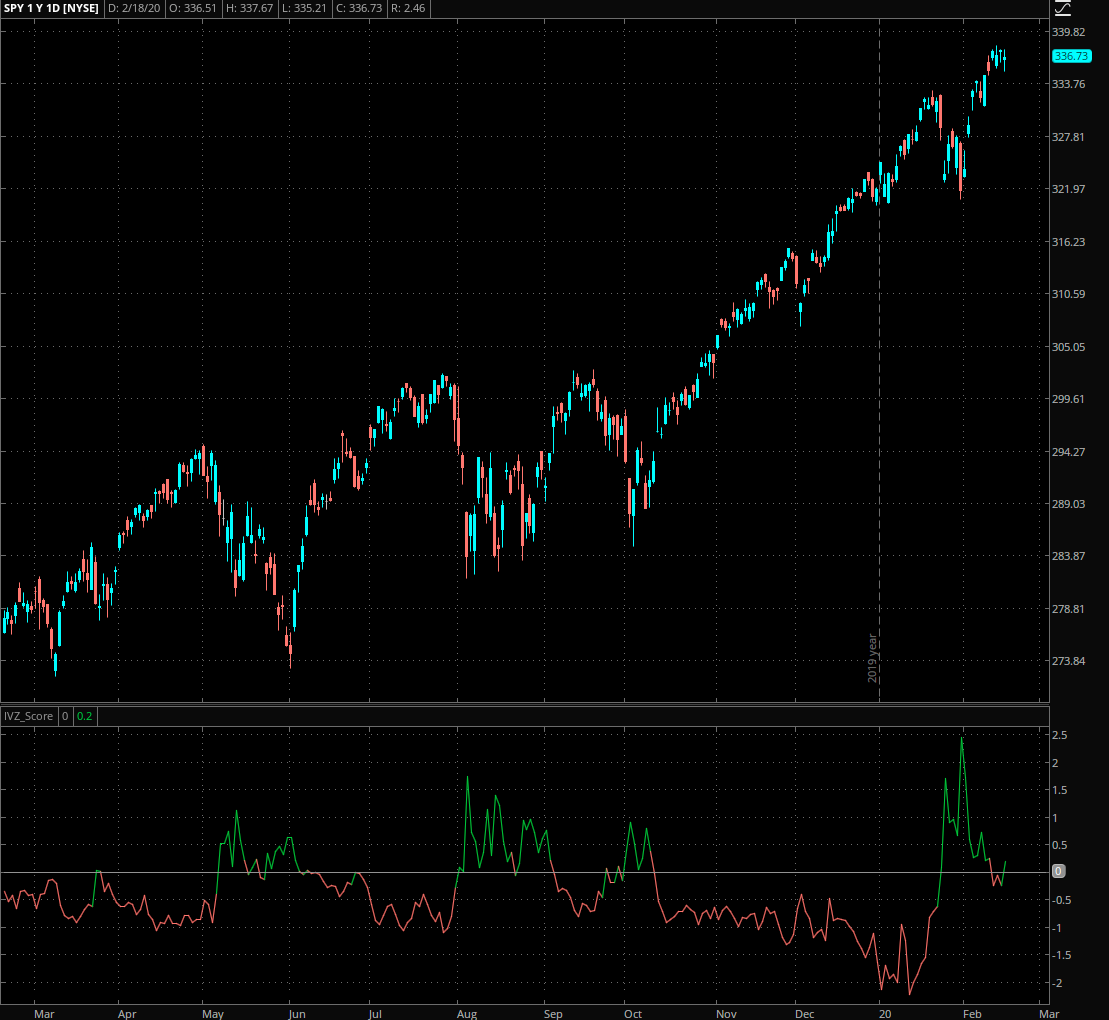 It may not be an outright crash but painful nonetheless. Which why it is so surprising that the current IVZ-Score in SPY is near zero – which means it stands more or less at neutral.

I don’t know about you but just looking a the recent gyrations does not give me a warm fuzzy feeling. All I am seeing are big overnight gaps in both directions with mostly lackluster follow through during the daily sessions. 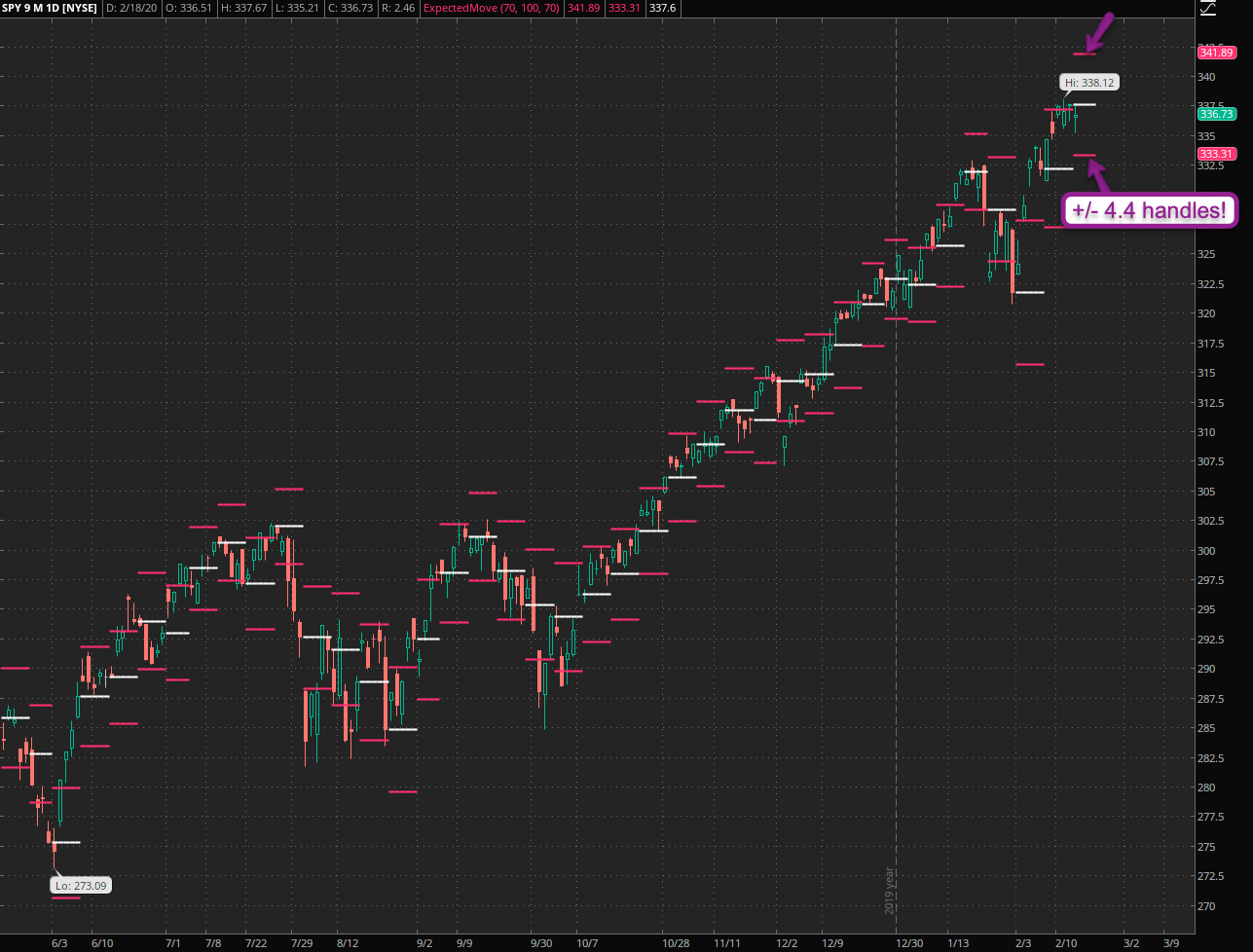 After a large expansion over the month of February expected move on the Spiders has reverted back rather quickly and was calculated at  merely 4.4 handles last Friday at the close. Not a reading you’d expect given that we are facing a worldwide pandemic while Europe and Asia are heading into a recession.

Quite a bit more waiting below the fold for my intrepid subs: