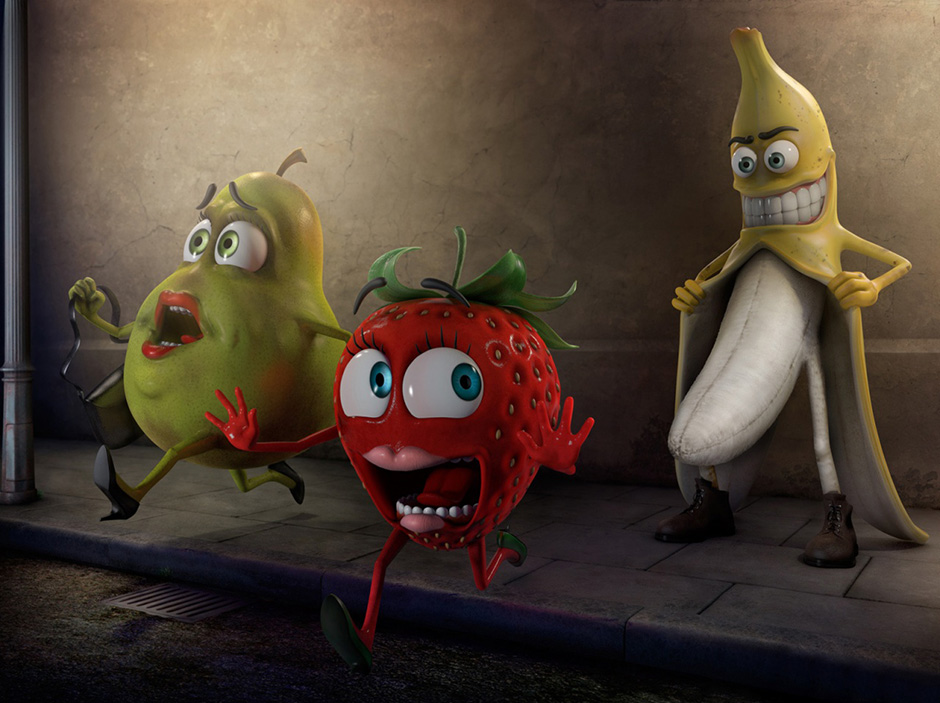 I leave it up to you to decide whether its due to sheer luck or perhaps skill but we actually seem to be accumulating pretty decent exposure and there’s more waiting in the bullpen (see below). It has always been my opinion that the true skill of a trader reveals itself not by what he/she does during the easy times but by how he/she operates during those nerve wrecking periods when things tend to get messy. And to be clear – this doesn’t necessarily mean a necessity to take action or to attempt to ‘beat the market’ at its own game – which obviously none of us will ever be able to do. 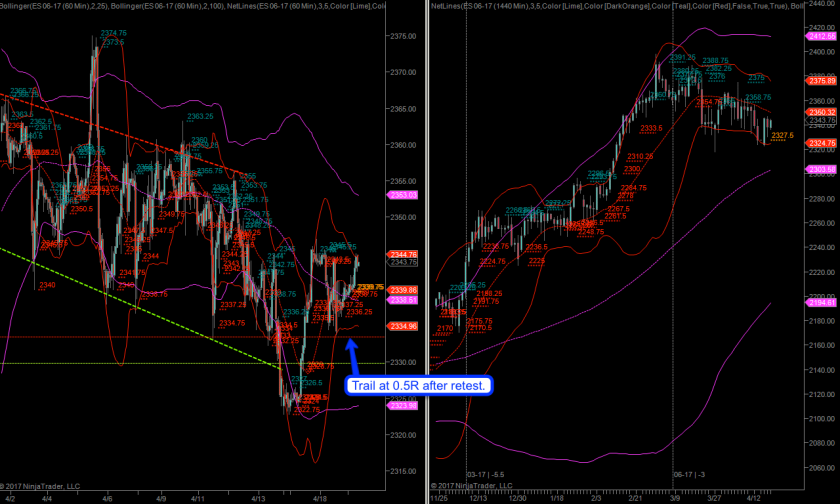 Yes equities are still meandering all over the place but the recent price action suggests that we did pick a pretty good spot for grabbing some long exposure. Now we are far from being out of the woods on this one but I do enjoy seeing a new spike low which formed overnight. I’m moving my stop at about 0.5R now as another drop toward our entry zone will most likely lead us much lower. This puppy has to get out of the gate now and that fast.

Someone asked me yesterday as to the exact definition of a spike low. Well in theory it’s a candle that is flanked by two candles with a higher low. A major SL of course is one that at the same time represents a recent price extreme – I personally use a 10 candle window to identify a major SL. Of course there is also always the advantage of additional context – for example a spike low breaching through a Net-Line Sell Level (and recovering). Or perhaps a SL dropping through terminating near a lower Bollinger you find valuable – you get the idea. 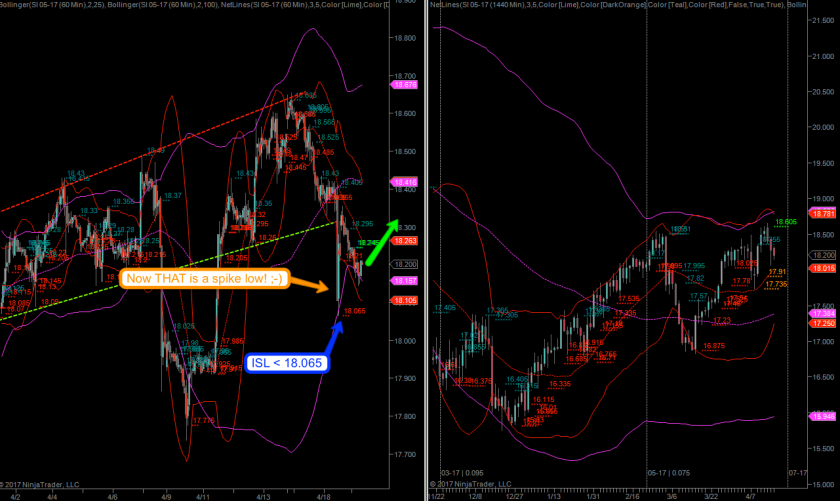 So given that I think you will agree that the current major spike low on silver is a pretty damn good one. What has followed since then is the retest that I usually wait for. I wait for one more (non major) spike low and then enter with a stop below the major SL. And voilá – that’s my setup for silver. 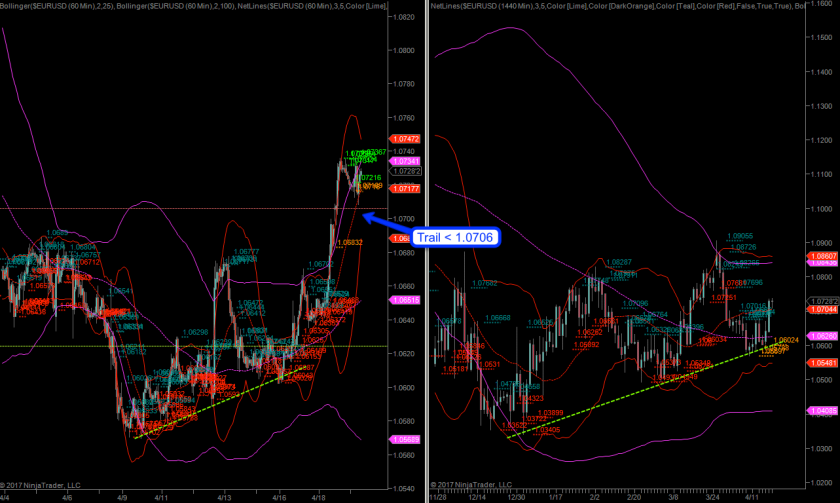 Good and bad news on the EUR front. The bad news is that my favorable exchange is being taken to the woodshed. The good news is that I (and hopefully you) was long since about 1.0625. I’m moving my trail at about -0.5R MFE now which may surprise you. Well, my reasoning is this – either the EUR keeps burning the shorts now or it will most likely correct back a bit deeper. If it does I can always find another entry. Oh by the way, did I mention I’ll have to raise the subscriber fees now?