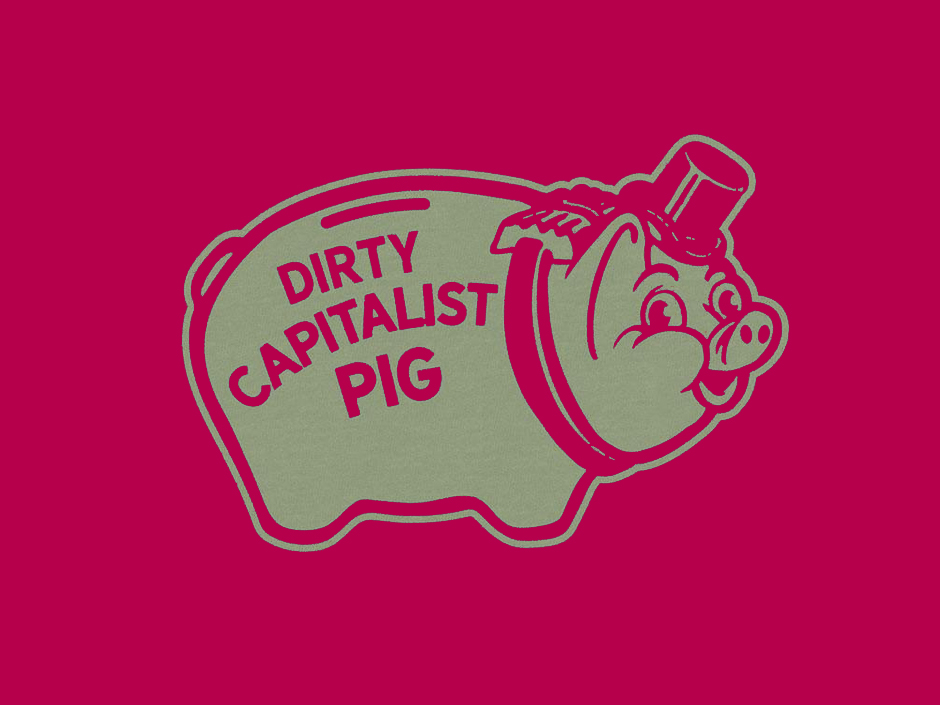 All political and social drama notwithstanding dirty capitalist pigs like us have been doing rather well throughout 2019. So the big question going into 2020 is whether or not we are finally ‘due’ for a large scale market correction upon which we are finally ready to embrace the new socialist utopia lurking at the horizon. Don’t ask me because I’d probably the first one in line being handed a cigarette plus a blindfold and as such I may be somewhat biased. 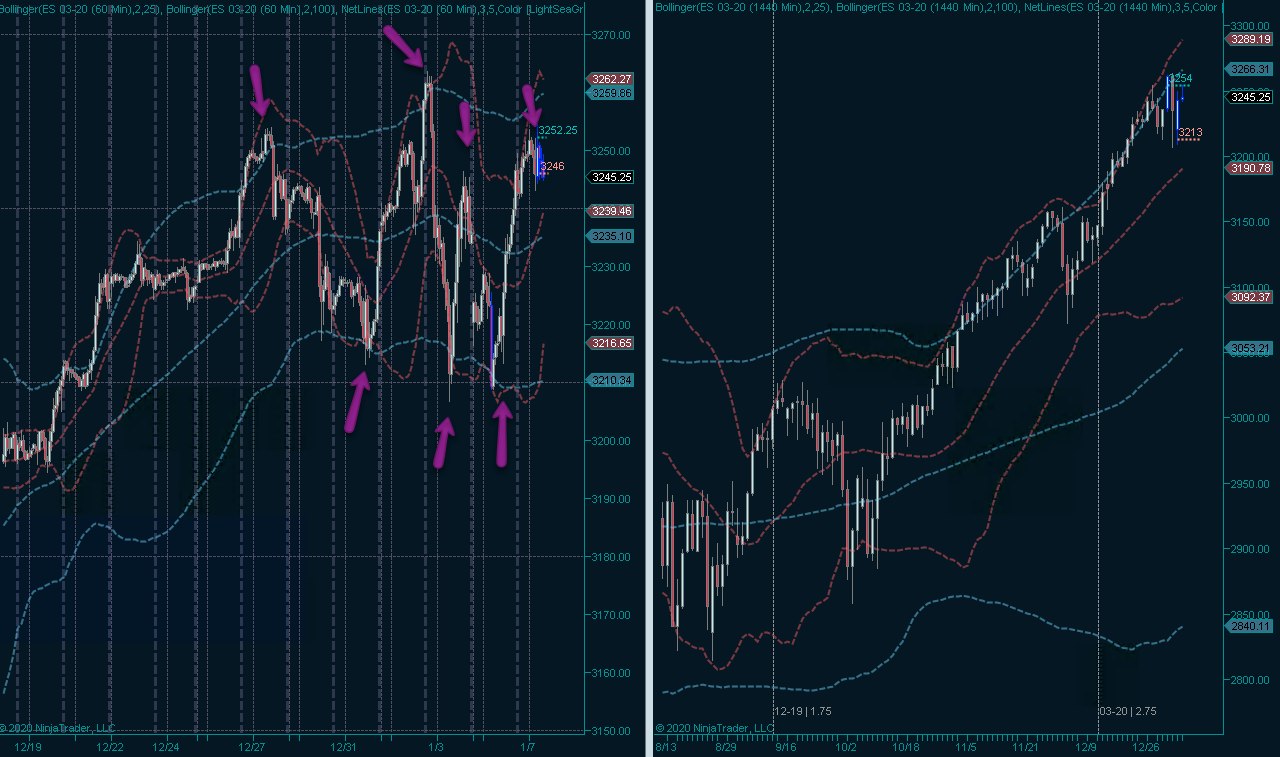 In any case, let me quick to stomp on any lingering hopes or illusions: If there’s one thing I’ve learned during my time as a trader then it is that predicting the exact timing of market corrections borders the impossible. And that applies even more so to markets trading near all time highs.

What I’m seeing right now is a healthy dose of realized volatility which follows what most analysts worth their salt would designate a low volatility gamma squeeze to the upside. If you’ve bought my Price Action Masterclass then you may have learned a thing or two about how bull markets evolve and finally end.

A Stroll Down Memory Lane

2009 to 2019 was an excellent example and quite frankly most of us will most likely experience a run like that only once in our lifetime. So if you did then consider yourself lucky.

I don’t know if you’ve ever heard the old expression. Bull markets climb the wall of worry, while bear markets descend the slope of hope. And having had a front row seat since 2008, reporting on the markets progression on literally a daily basis here at Evil Speculator, I confidently support that statement.

I cannot remember a single month when the financial media didn’t point at some economic crisis that was expected to hail in the next bear market. First it was Greece, then Italy, and Spain. BREXIT came quite a bit later and still the market didn’t lose a beat three years after the referendum was accepted by the majority.

Now low volatility bull markets are an environment where top picking has a very low statistical edge. People look at these beautiful looking short setups and they may work for a few days or even a week, but in the end they keep getting blown out of their positions when the invariable short squeeze robs them out of most of their paper profits.

Eventually, as that low volatility bull market starts running out of steam, one of two things happen.

1) The Slow Rollover into a HV Bear Market

One is that volatility first starts to slow even more and the market starts to taper out. They basically fissle out and slowly roll over after a few failed attempts of recapturing their all time highs.

These types of roll overs usually happen due to a lack of buyers, it just kind of dies out of complacency. Of course many bulls are caught by surprise and they desperately scramble to cover what usually are pretty modest losses. But due to recency bias they perceive it to be a big loss plus and they desperately attempt to get out, however there are few sellers available to take profits.

Which in turn punches up volatility and produces even bigger losses, the selling frenzy starts to feed itself. So now we’ve transitioned into a high volatility bear market.

Scenario two of how low volatility bull market end, is that it picks up speed due to excessive greed and goes exponential (by the way it’s not parabolic, it’s exponential – otherwise it would start going backward in time 😉

So either way, you get this crazy run that rockets higher, hits the outer ranges of the atmosphere and then runs out of oxygen, which we call a blow off top. And implied by the name it’s followed by a massive counter sell that blows out a large percentage of traders, and especially the ones who jumped on the bandwagon late out of fear of missing out.

FOMO became a popular hashtag during the run up in crypto that pushed Bitcoin to almost $20,000 in late 2017. That’s over two years ago as I’m typing this, and it’s trading below $8000 right now, which is a step up from a year ago when it was trading around $4500.

Let me guess, the term HODL, another hashtag for people holding crypto no matter what, isn’t trending on Google anymore. 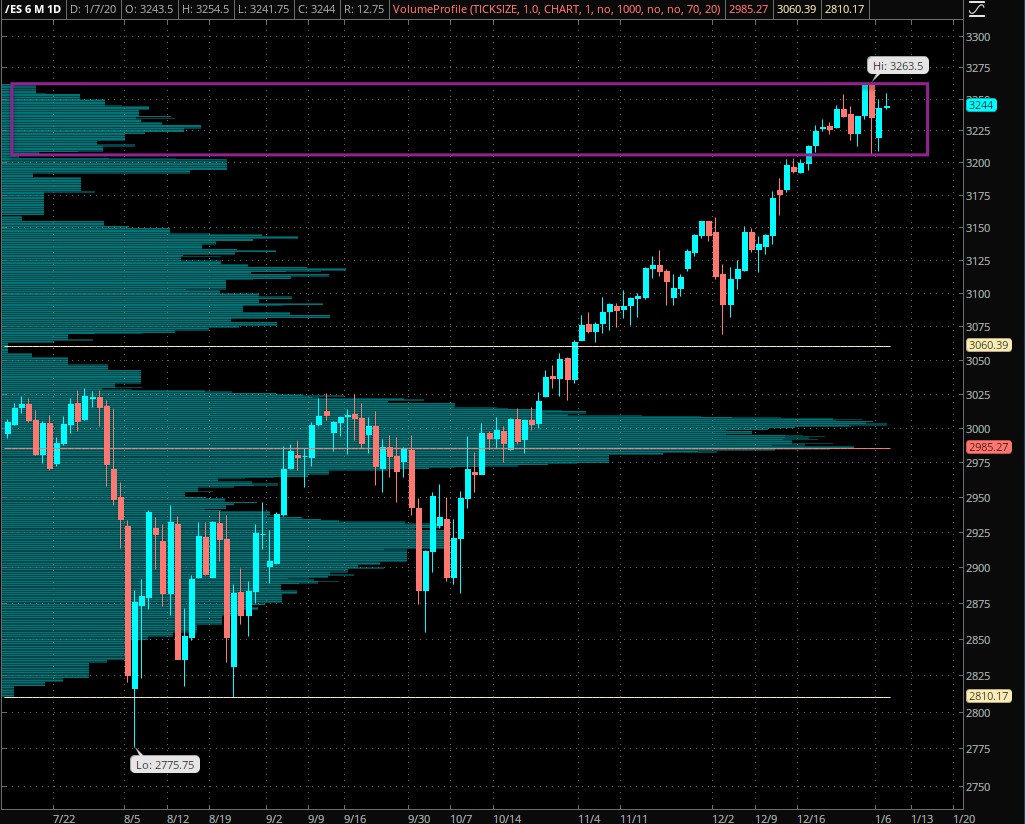 Which brings us back to today. What we are seeing is an expansion in RV but it’s way too early to pin a tail on this donkey. However should we see a continuation of RV over the next few weeks then the possibility of a glorious rip higher (i.e. distribution) followed by a massive shake out would gain in probability.

Until that happens we trade the market in front of us. Which remains to be HV bullish.