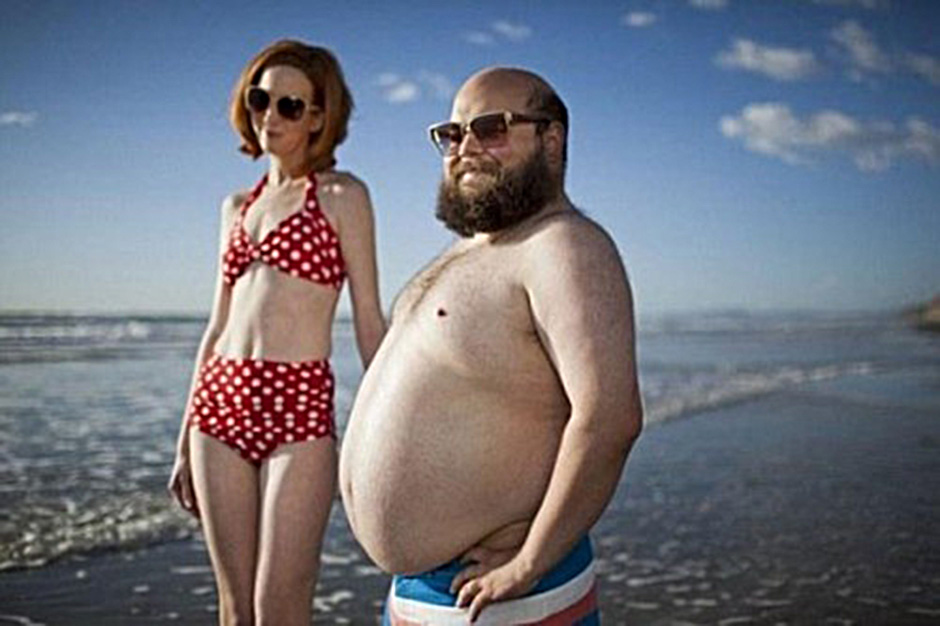 Yesterday I touched on the increasing intra-day volatility we have been seeing lately, particularly in equities. Momentum and breadth indicators are still pointing upward, however a few early warning lights have started glowing and thus we should take note. But that only tells part of the story, what I find most disconcerting right now are very pronounced divergences between our three major equity indices. 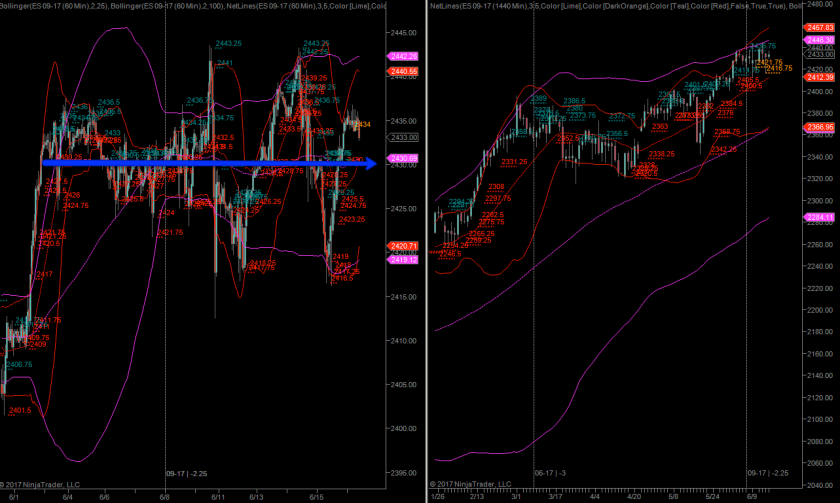 Here’s the ES futures which despite running like a hare have been pointing sideways since rolling into the September contract. If you insist on participating here then make sure your anti-depression meds are up to date. 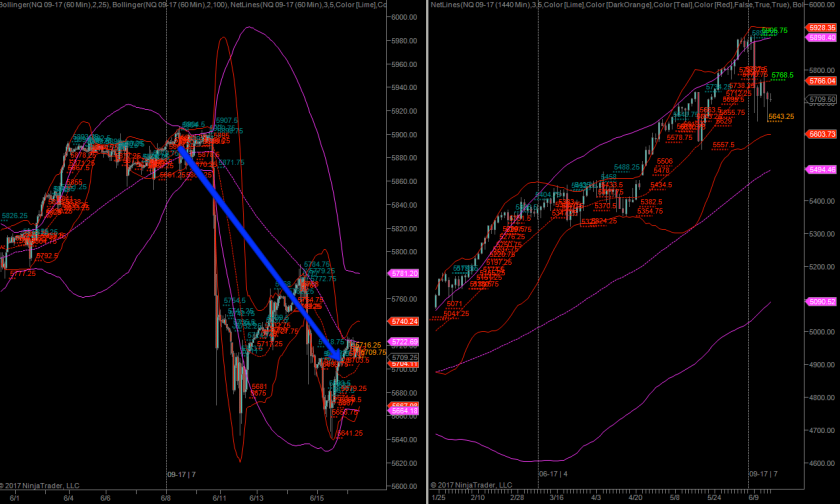 Then we have the NQ which previously was leading the pack but then suddenly turned manic depressive and wiped out everyone’s position within earshot. There have been attempts to recover and that double bottom is looking sort of tempting. Then again, why would I want to be long the weakest index? 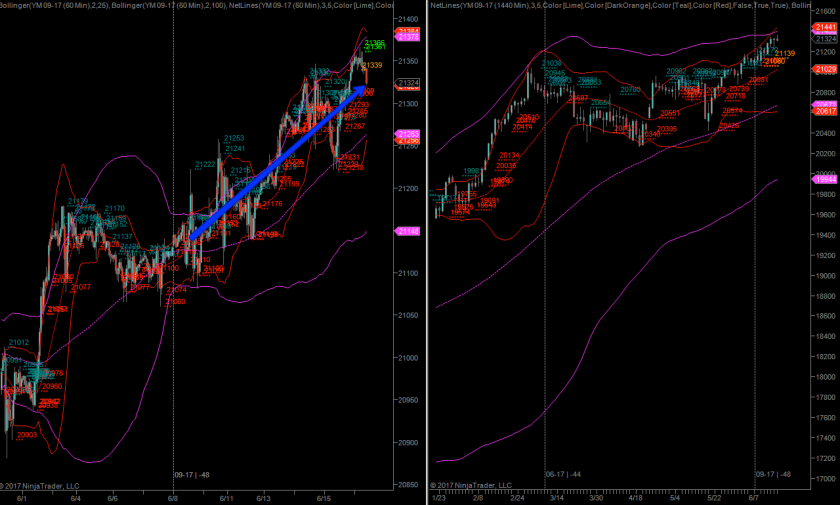 And then there’s YM which was in relative sync with the ES but seems to be impervious to whatever is ailing the other two indices right now.

Ergo, if you want to be long then waiting for a little dip in the YM is probably well advised. On the contrary if you think we’re facing the summer of hellfire and damnation then NQ most likely is happy to be your Huckleberry. I may be tempted to actually put up a long on the YM and a short position on the NQ if I see a juicy short term entry opportunity. 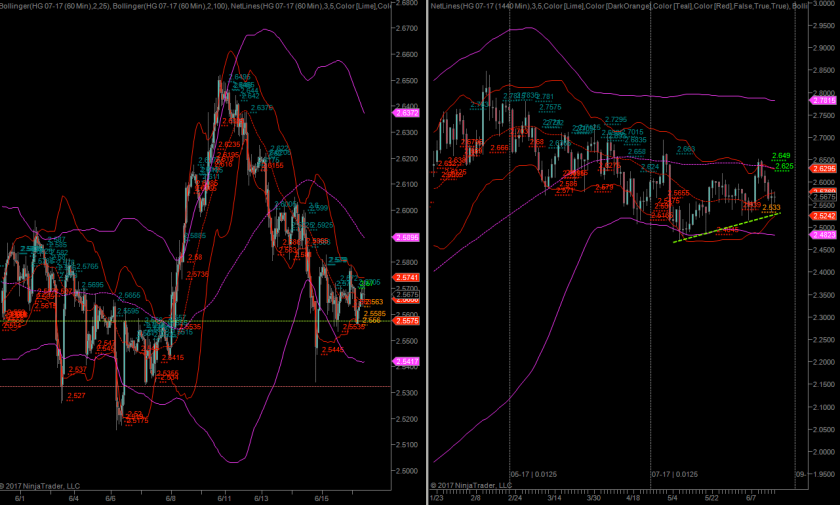 Copper was an entry yesterday and it’s looking pretty good thus far. I think an entry here still has good odds as we’re not too far from my original range. If you want to be extra conservative put your stop below 2.52. Also, it’s still early days here and thus I suggest you don’t risk more than 0.25% on this one.

By the way, don’t think I’m phoning it in today as it’s Friday in late spring. I was parsing my charts for over an hour but there are simply no other setups I would touch with a ten foot pole right now. Patience grasshoppers, patience. Unfortunately I don’t make the weather, I just report it

Speaking of which, it’s hot as hell over here. Time to  take the misses to the beach and show off those ripped abs I have been working on since Christmas. What do you think? See you guys on Monday!