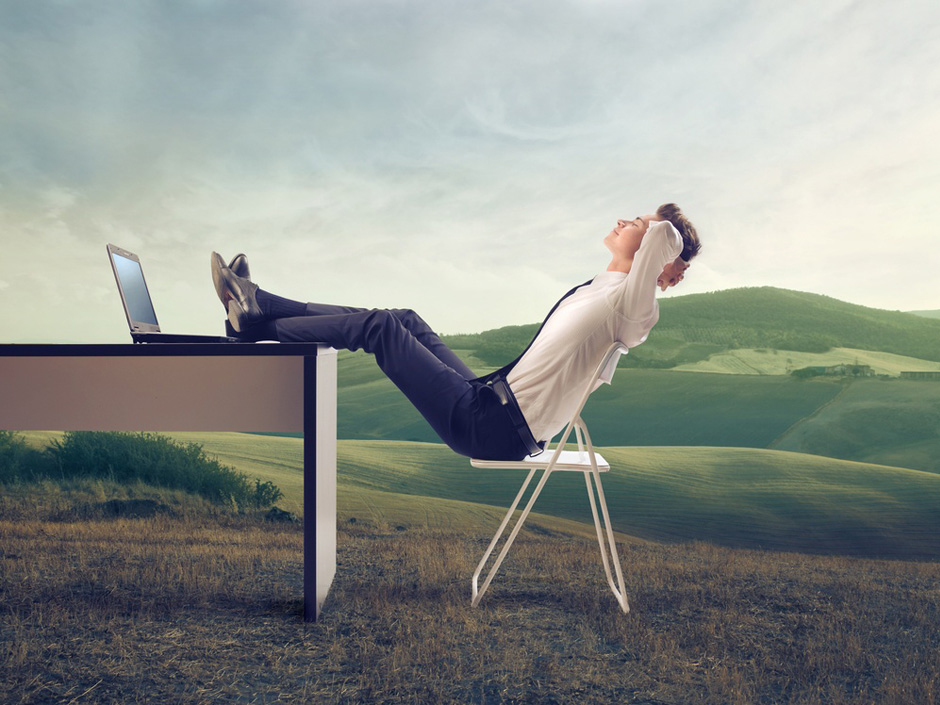 We’re approaching the peak of a sweltering summer and according to seasonal statistics we are scheduled for a do-nothing week in equities. Whether or not the market will abide is another question but either way I’ve decided to take it a bit easy this week as I’m still in the process of recovering from a rogue thyroid. So I’ll be quick: 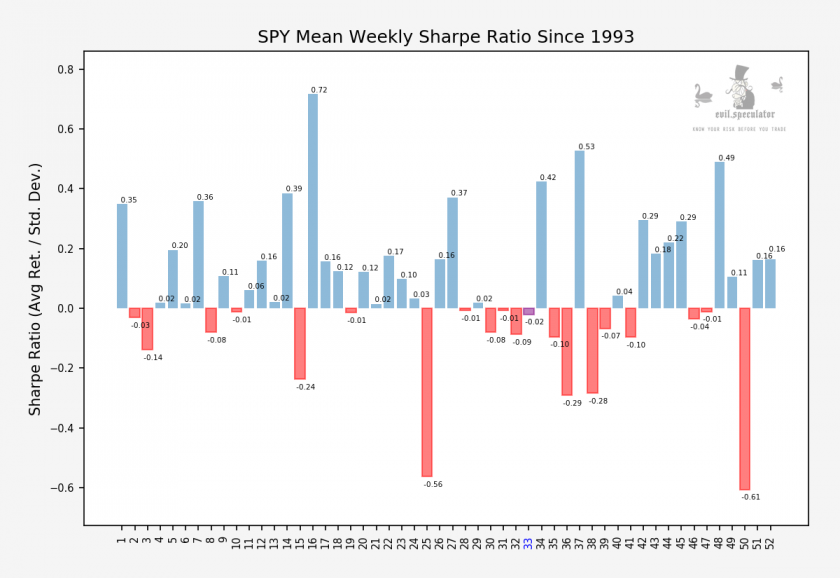 Stats say we’re in a sideways week followed by the fourth most bullish week of the year – again statistically speaking. A bullish week in August? Who knew? But as I’ve pointed out before – August can surprise to the upside but when it turns lower it really goes all in.

IV on the SPX option chain is predicting a 68% probability of a 24 handle move TODAY and a 47 handle a move in the next two sessions. Not exactly a quiet market this. 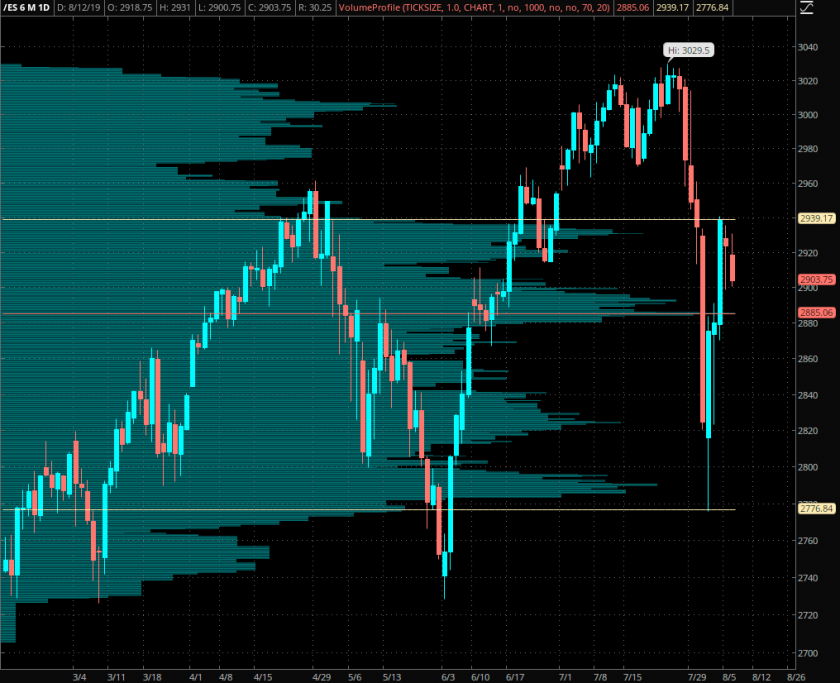 Once again our volume distribution panel nailed not only the low of the recent lows but also the obligatory shake out reversal. The bad news is: we are back stuck in the dreaded range below ES 2800. 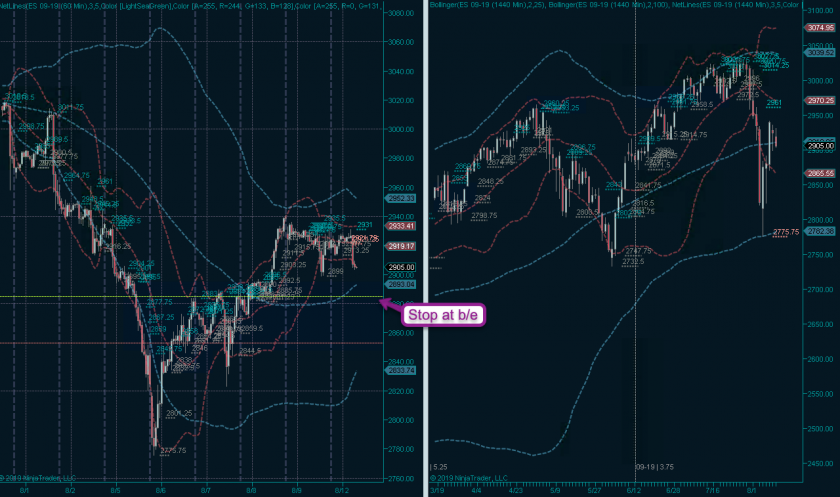 Whipsaw galore since we ran out of buyers and my campaign in the E-Mini isn’t going anywhere fast – for now.

Not that I care too much as this point as it’s a) way too hot out there for me to care about anything but my beloved air conditioning and b) my stop is at break/even after a push to 1R MFE last week.

I’ll just say this though: If this thing turns back lower it’ll be a beauty to behold. 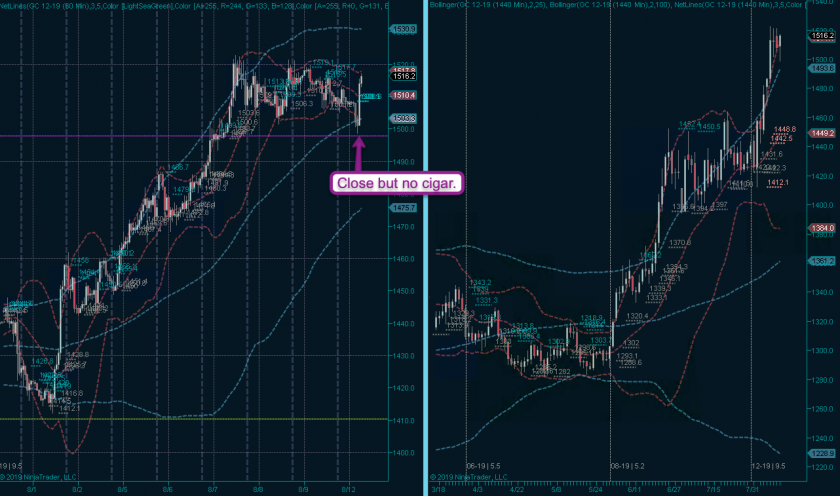 Gold seems to have weathered through a sideways correction and is now making a run toward its recent highs. I’m all for it as I still have a horse in the running here – my trail remains at 3.2R in profits. Almost got stopped out there overnight but unlike in the spoos last week I got lucky this time.