In my morning briefing I proposed that the current up swing needed to start kicking things into fourth gear at this point. The fact that I continue to see sideways tape and the possibility of distribution suggests that we may (just may) get another shake out before continuing higher. Let’s line up the usual suspects: 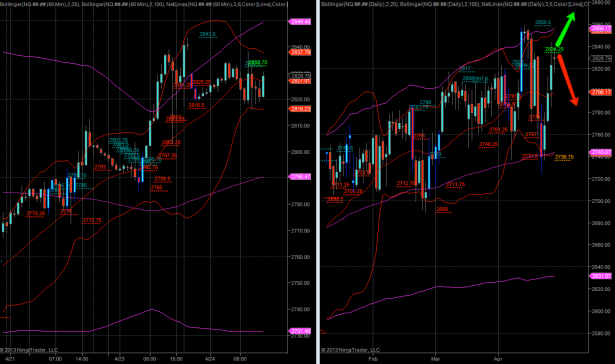 The NQ has yet to push above its daily NLBL at 2834.25 – that one is valid for one more day. This means that price needs to reverse by tomorrow or we’ll probably see continuation higher. A lack of context usually means that the prevailing trend leads forward (bullish up and bearish down). 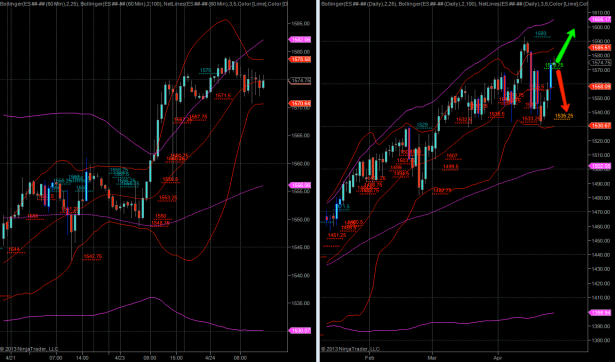 The S&P futures are sitting above the daily NLBL at 1570.75 – that’s positive and as long as we remain here until tomorrow evening we should be good shape. A drop back below could drag us back to the NLSL at 1535.25. A drop from here would rattle some of the late chasers and thus could easily accelerate. That’s why I’m putting it on the map – it’s one of those low probability but high velocity moves that you often don’t see coming. I would give the bearish scenario about a 35% chance right now – if it is to happen then it needs to happen pretty soon. 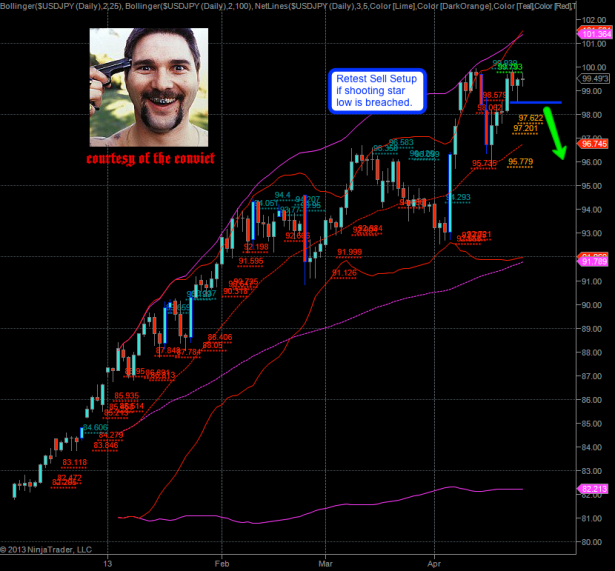 Here’s a juicy setup courtesy of the Convict (i.e. Scott): The USD/JPY is painting a Retest Sell setup and the short trigger would be a breach below that hammer. I wrote shooting star on it as it’s usually what the entry rules demand. I would however still take that one, especially given that those NLBLs were on our setup list two days ago. But if you think that one is good let me raise the stakes a little: