Do or die here in the $NDX.  We have a nice break down, but is it the start of the next move lower, or is just the [X] wave in an [ABC] correction?  I am sure that many of you can guess, but I favor the former over the latter and here is why.

I have a few more reasons, but I have to keep something to myself. 🙂 The reasons why I would believe that we get a final push higher, towards 1300 in $NDX are as follows:

The chart that illustrates this is kinda busy, so follow along.  Teal lines are hourly closing trendlines, while the orange lines are are high/low trendlines.  The purple lines are important horizontal resistance levels.  The blue horizontal line is the most logical horizontal target should we get a final push higher. 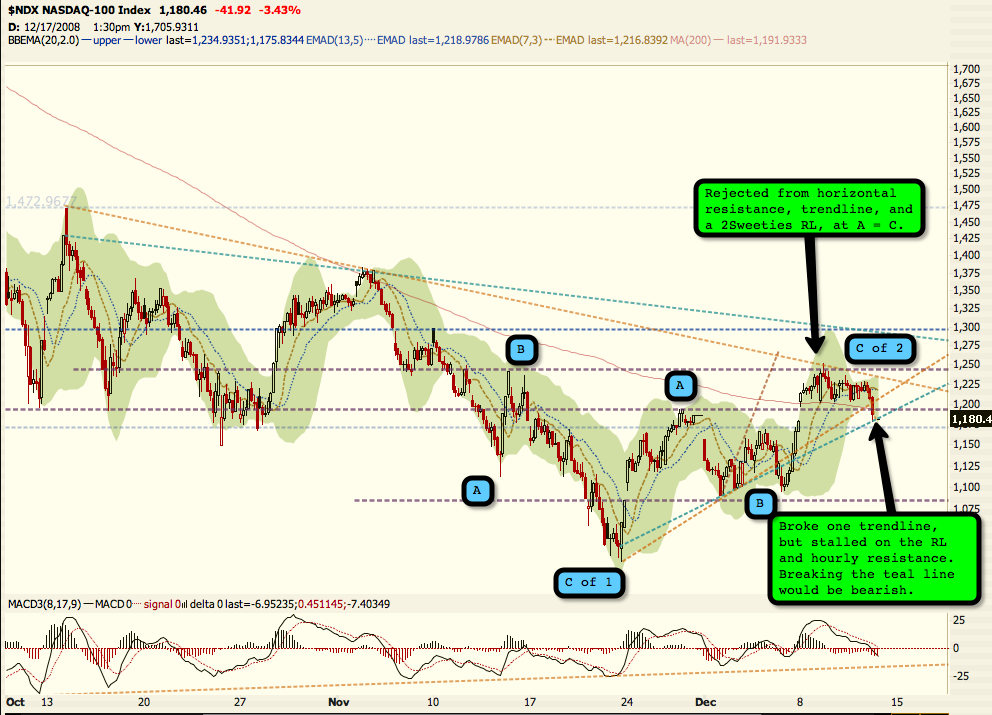 XLF and XHB have performed pretty much as expected.  XLF is steadily chugging lower, and XHB has broken the rising wedge we discussed on Monday.  Both have broken bullish resistance, and should be continuing lower.  XHB… 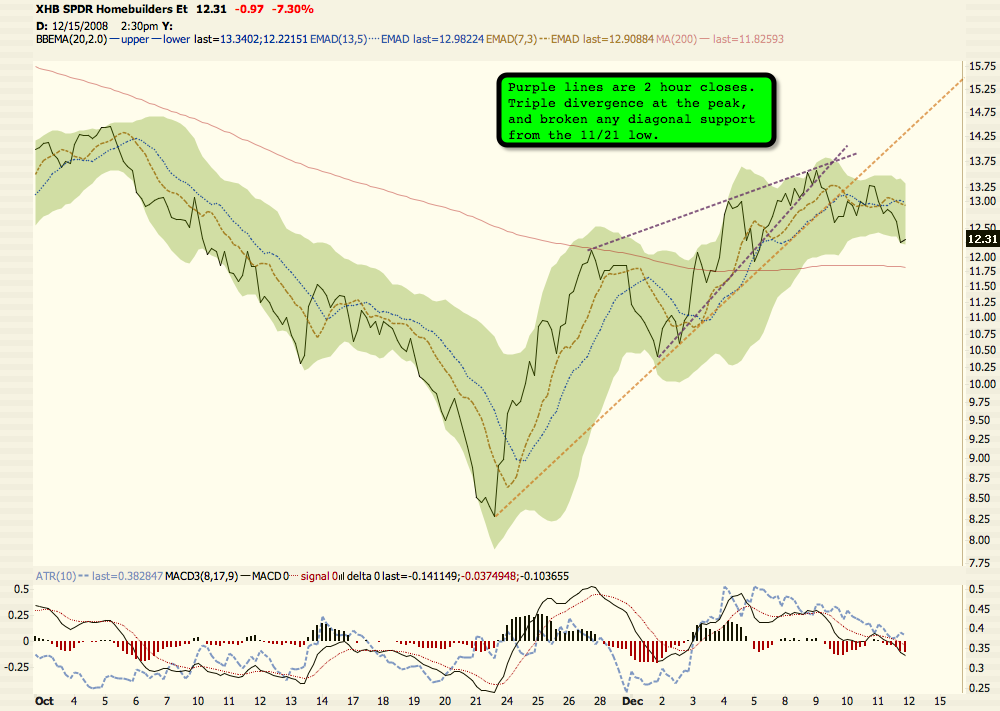 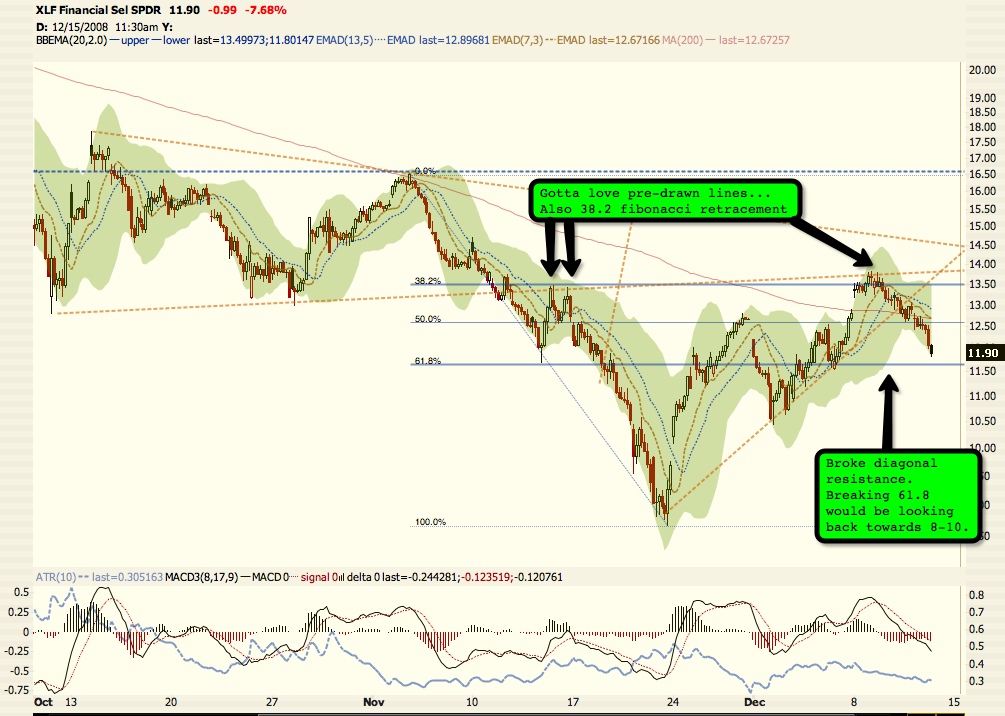 The title says do or die, because the bearish case has a chance to make a break lower.  If it can breach this important confluence of resistance, we can start by looking for the lower purple line around 1185.  If this decline was just a gap filling exercise and the trendlines hold, then we should be looking for the 1300 range.  As I write, futures are down -140 in /YM, -23.25 in /NQ and -19.5 in /ES.  With the most recent break and reversal staring us in the face, and knowing that the futures have been less than useful in their after-hours antics, I am looking forward to the last trading day of the week before the last expiry of the year, which is also a fed week…

WIth that, I am going to set the short term indicator to up-down, allowing for another nominal push higher before we get our decline.  I will set the medium term to down, expecting that within a week we will see lower prices, if not sooner.  And the long term will be down, as I still believe momentum is with the downside.