Do The Corona Dance 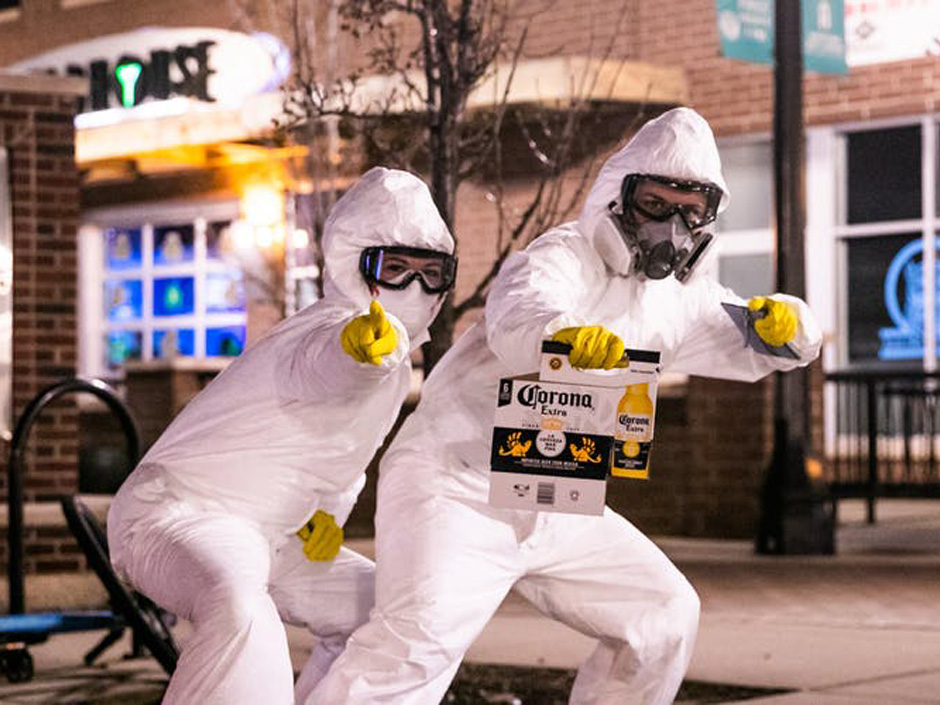 If there was ever a valuable lesson to be learned about the utility of the mainstream media in the context of trading the financial markets, then the global Corona train wreck will undoubtedly be recognized by future generations of traders as a textbook example.

Over the past few months we have been drinking from the proverbial firehose of fear, uncertainty, and confusion, casting doubt on pretty much every aspect of our modern lives. And after an initial panic wipe out what did the financial markets do? Happily churn higher day after day after day… 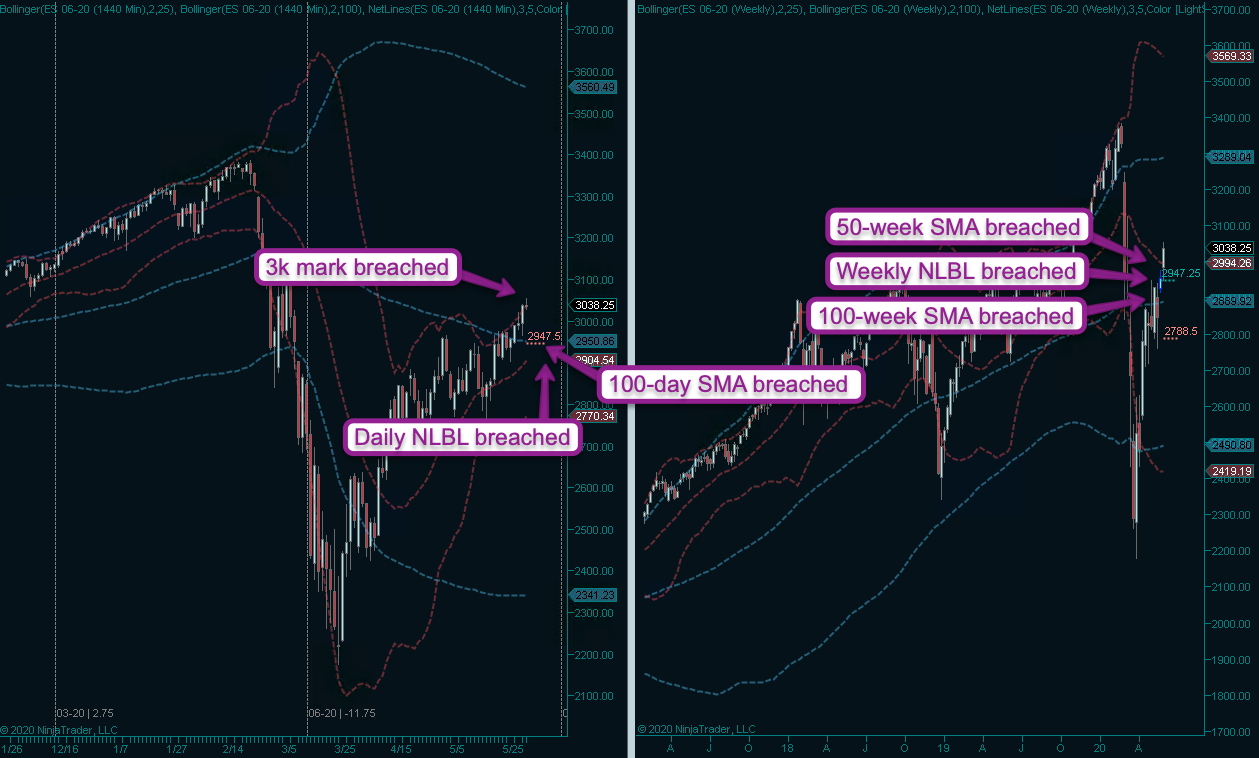 So let’s take stock of where we are and where we’ll most likely go from here. On the SPX (shown above the ES futures which is almost identical ahead of the roll-over) we have:

That’s all in the bag now and what was once seen as overhead resistance now sits below as a mighty cluster of support. My post should end here but since I’m on a roll… 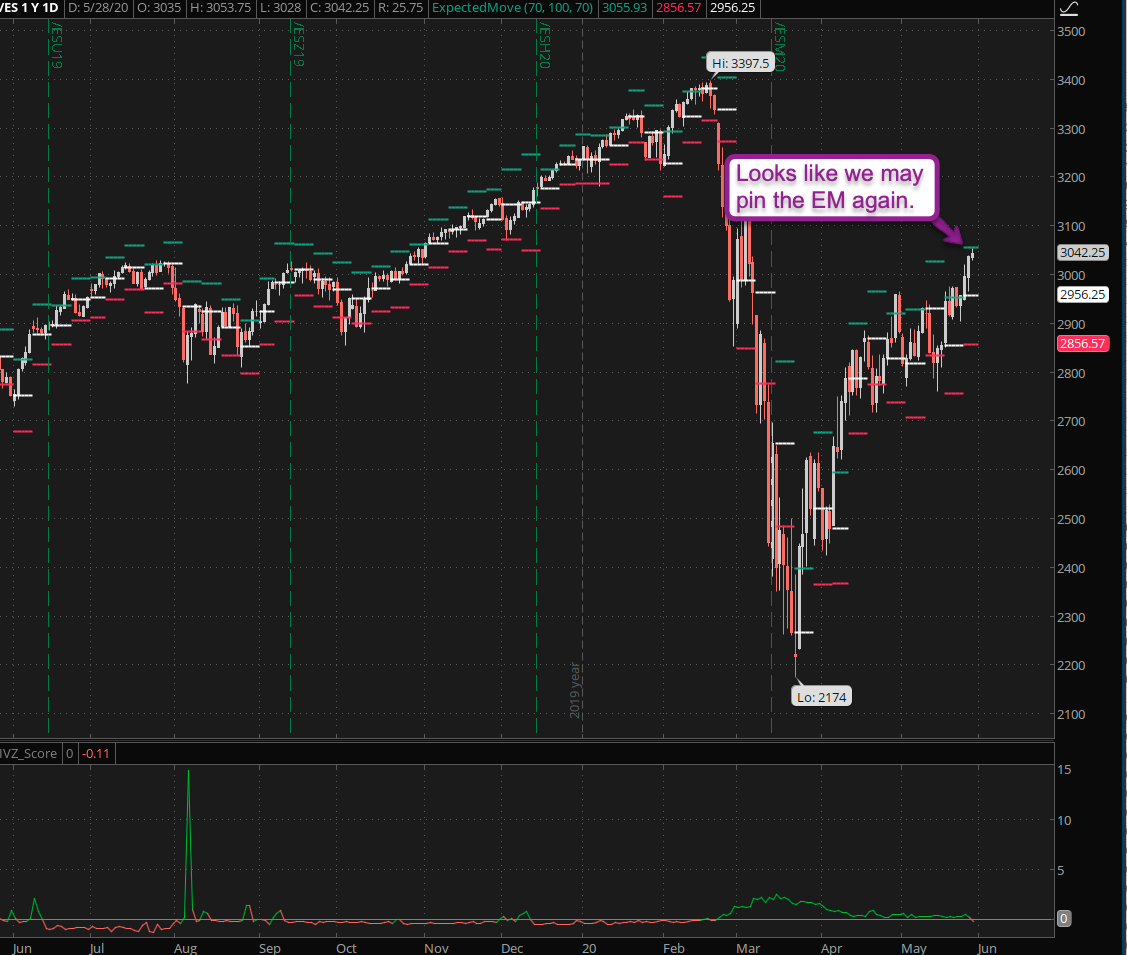 The next two sessions are going to be interesting as the spoos are approaching the weekly EM again and the I’m curious if they get pinned nearby again like last week.

That in itself isn’t particularly mind boggling of course but it is a sign that we may be approaching a state of normalization again, at least for the foreseeable future and until the presidential election craziness starts picking up steam. 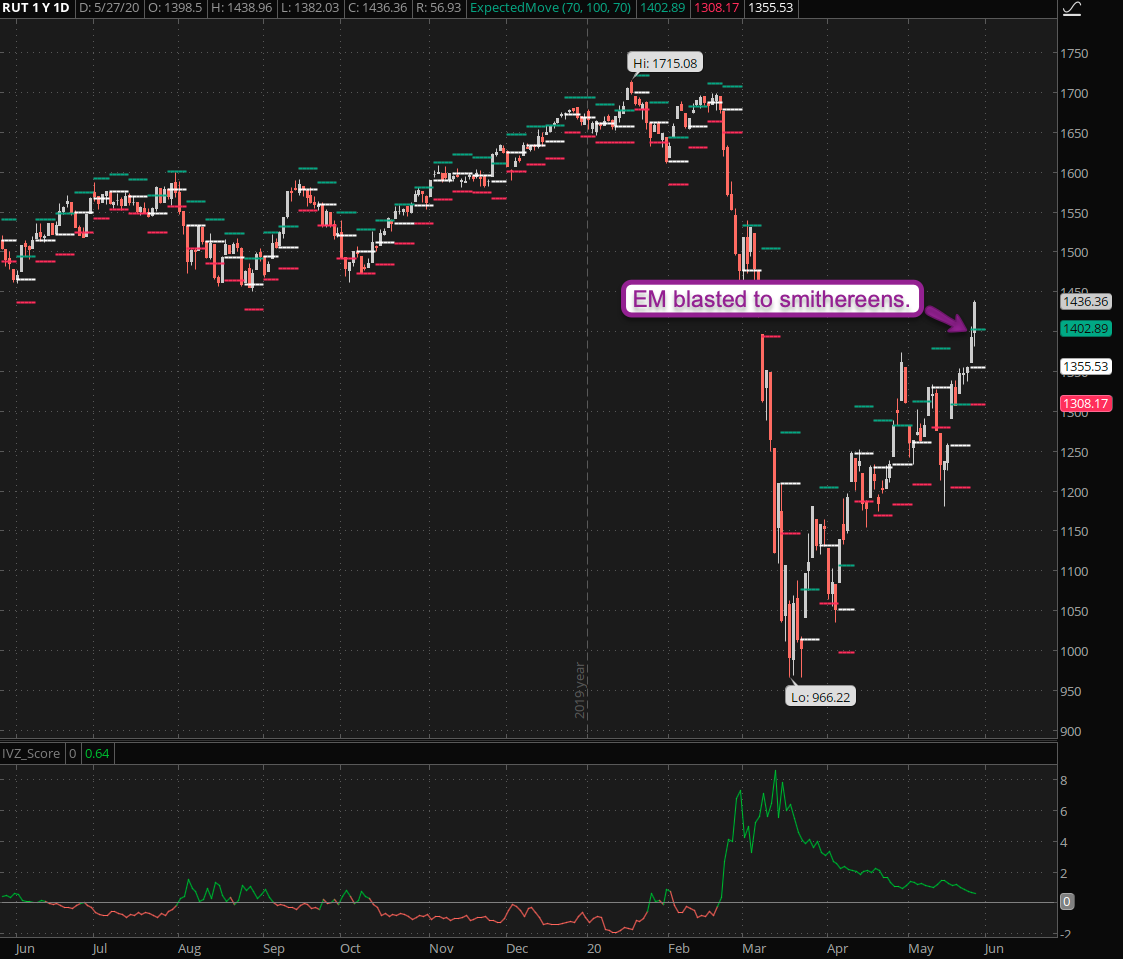 On the Russell it seems that its weekly EM is going to be blasted to the smithereens – unless we see a major reversal that pulls us back inside. 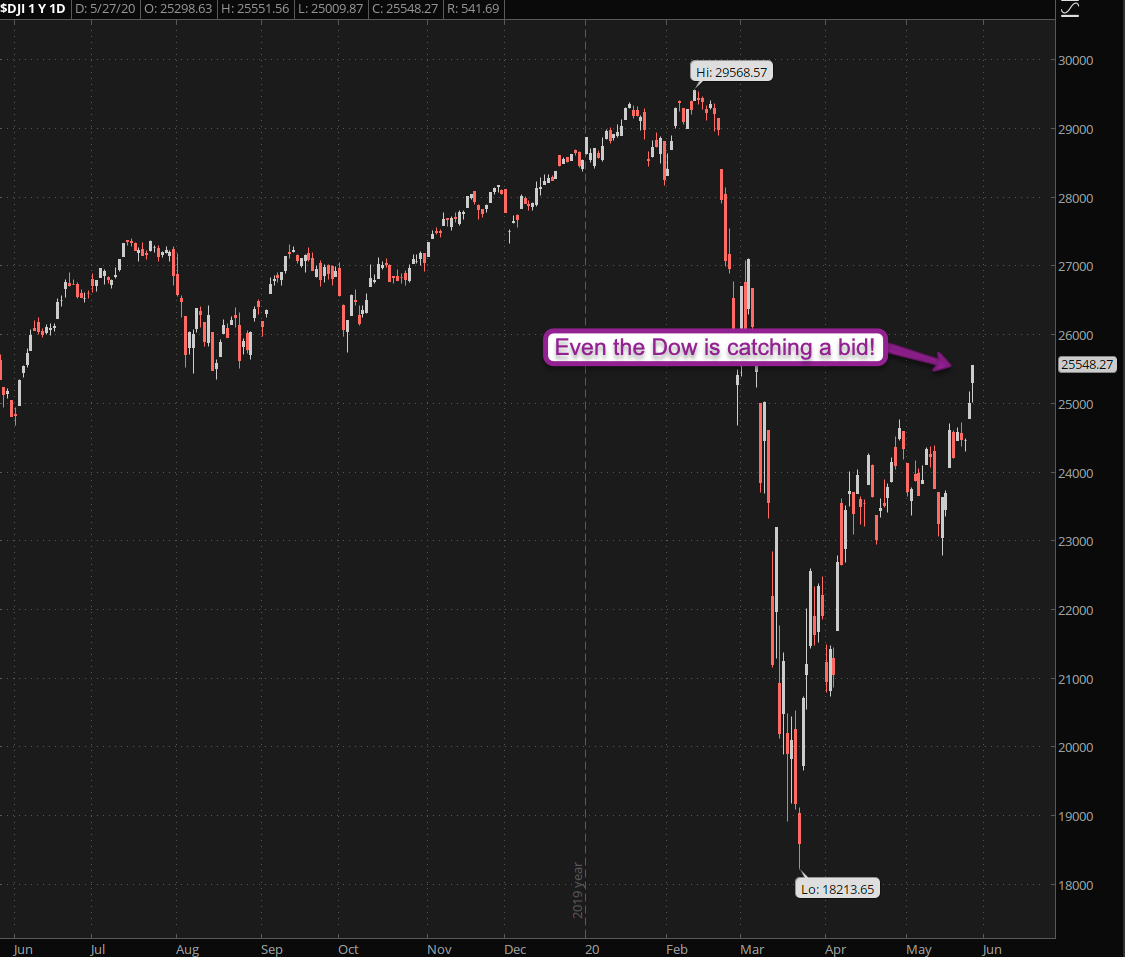 Heck, even the DOW is catching a bid now and it seems eager to catch up with the rest of the pack. Sector rotation anyone?