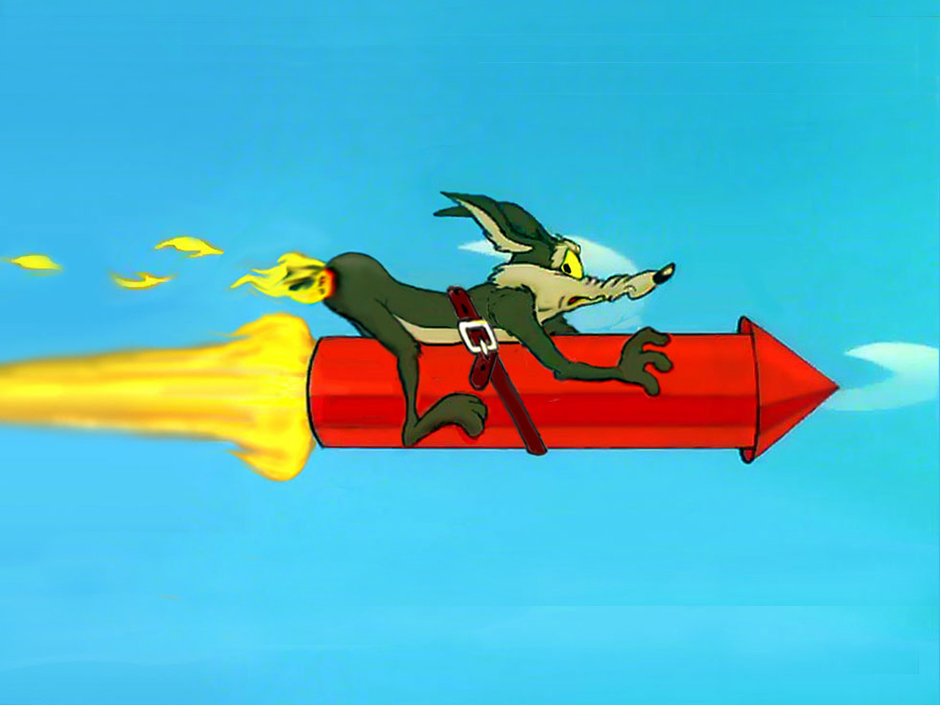 Reports about run-away inflation in the MSM have been rampant over the past few months, so it may be a wee bit surprising to some to realize that the U.S. Dollar has been on a massive tear lately. Although cognitive dissonance has long become a mainstay in the financial media such a glaring disconnect between some obvious facts of life and the current advance observed in the DXY is bound to raise a few eyebrows. So allow me to be the one to burst your collective bubble regarding the strengthening of our U.S. reserve currency. 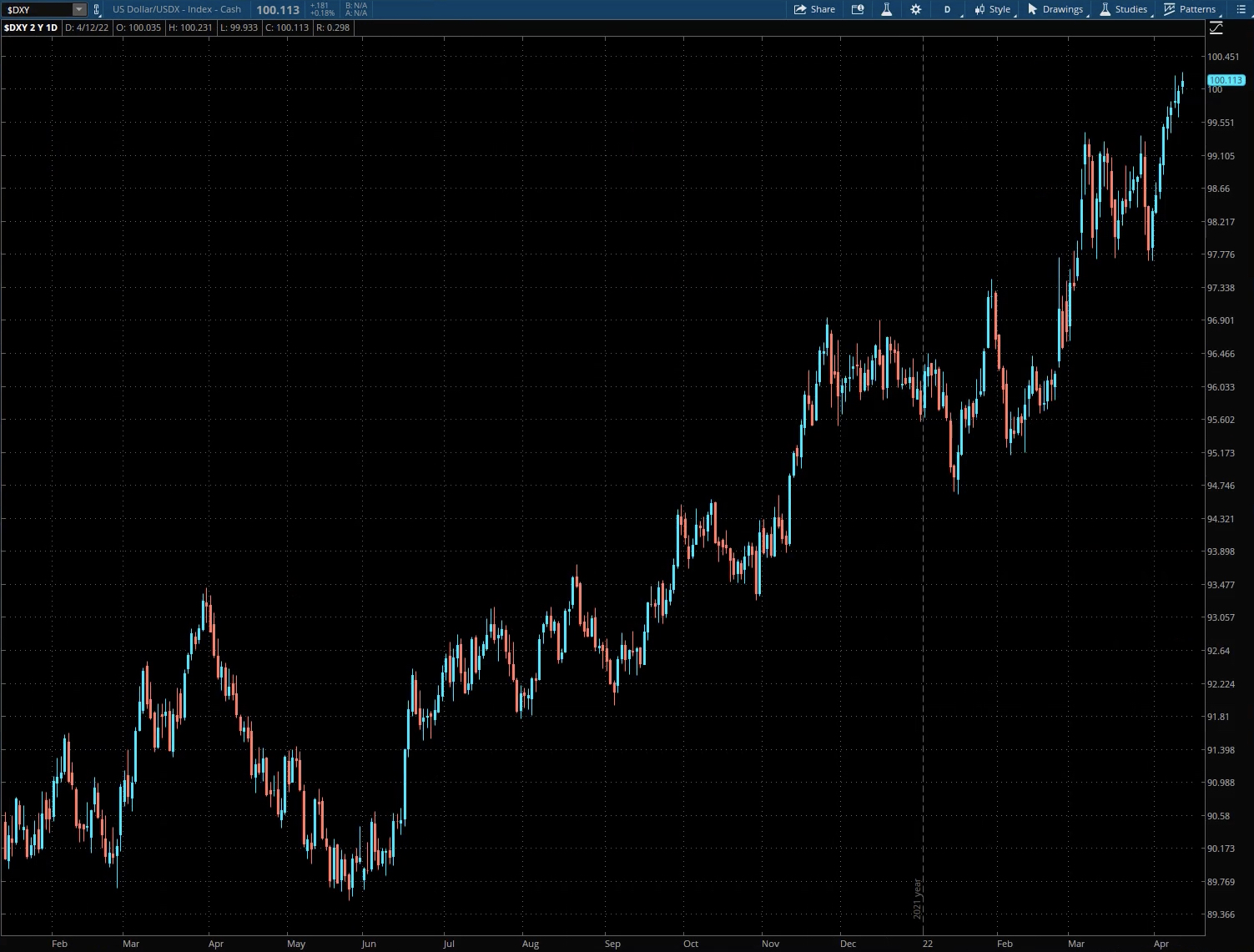 To quote Imagination: ‘Open up your eyes and look around, it’s just an illusion.’ 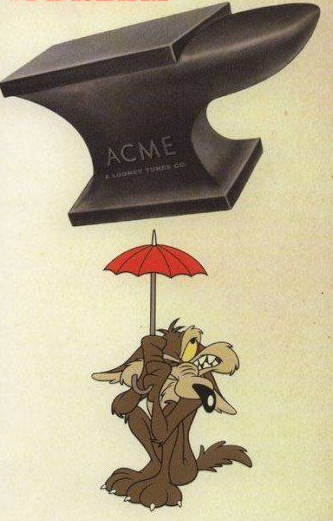 What’s really going on here may be best explained by perusing a few episodes of Looney Tunes involving Wile E. Coyote and an ACME anvil. Just imagine both of them in free fall approaching terminal velocity.

Odds have it that the wildly flailing Wiley and his umbrella may succeed in slightly slowing down his fall, thus allowing the anvil to pass him and hit the ground first. That however doesn’t at all mean that ole’ Wiley is rising higher, he’s just falling a little slower than the anvil

The final outcome of the episode is fairly predictable – which is that both – Wiley and the anvil – are going to leave a smoldering crater in the ground. 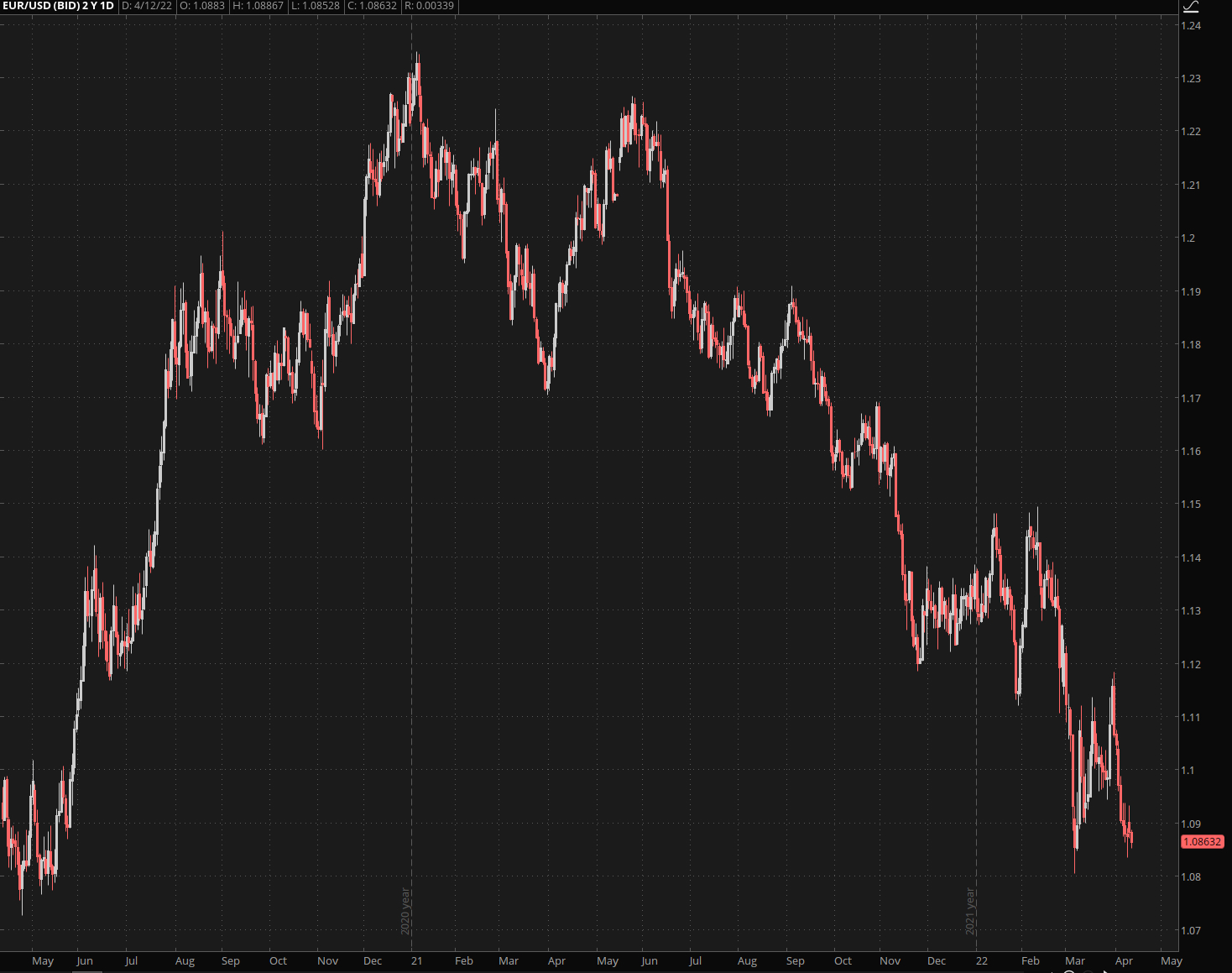 So if you really want to know why the Dollar is ‘rising’ then look no further to the massive sell off in the Euro…. 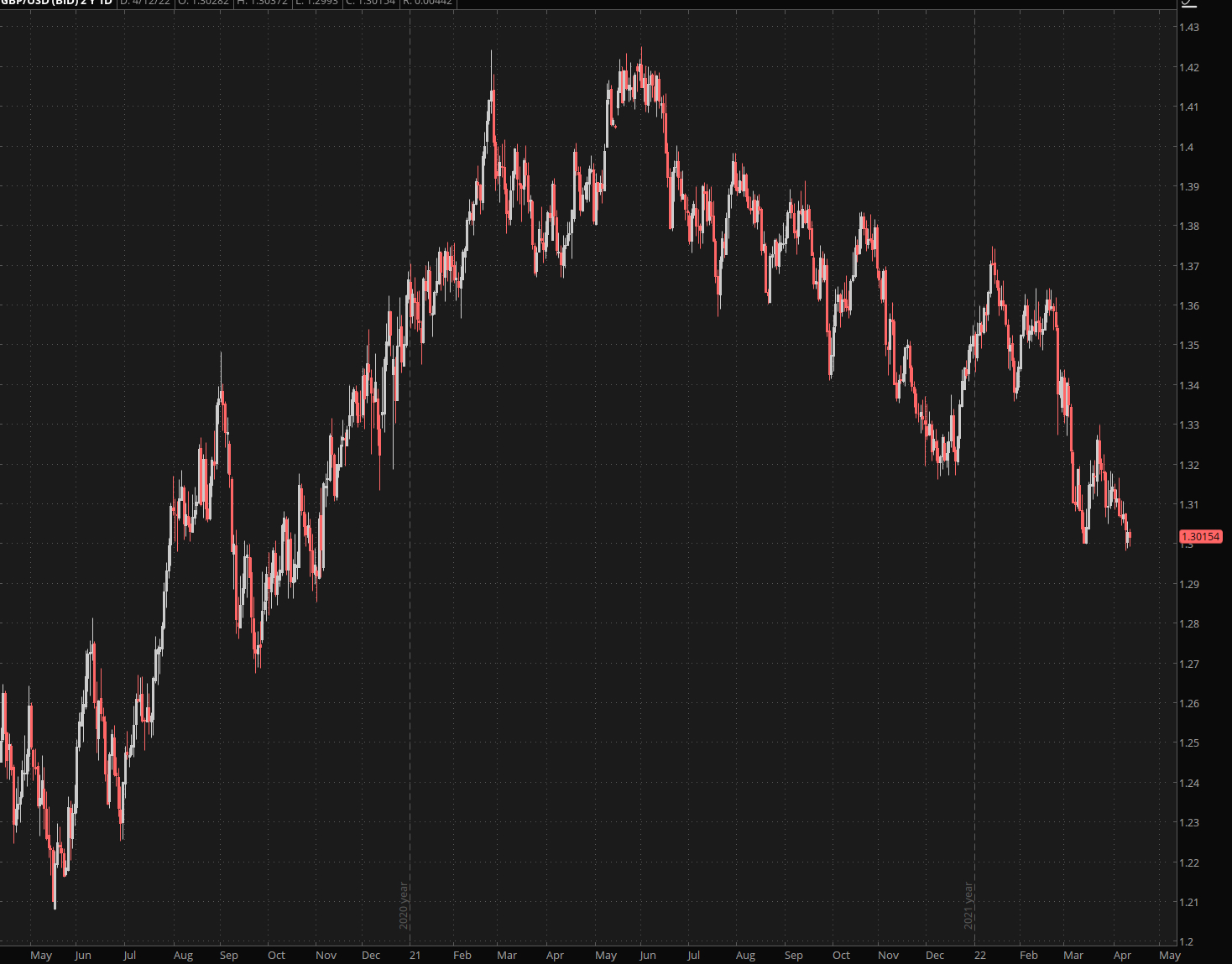 … or the one in cable. With Europe effectively having succeeded in cutting itself off a cheap and reliable energy supply I expect both currencies to continue falling precipitously relative to the US Dollar. 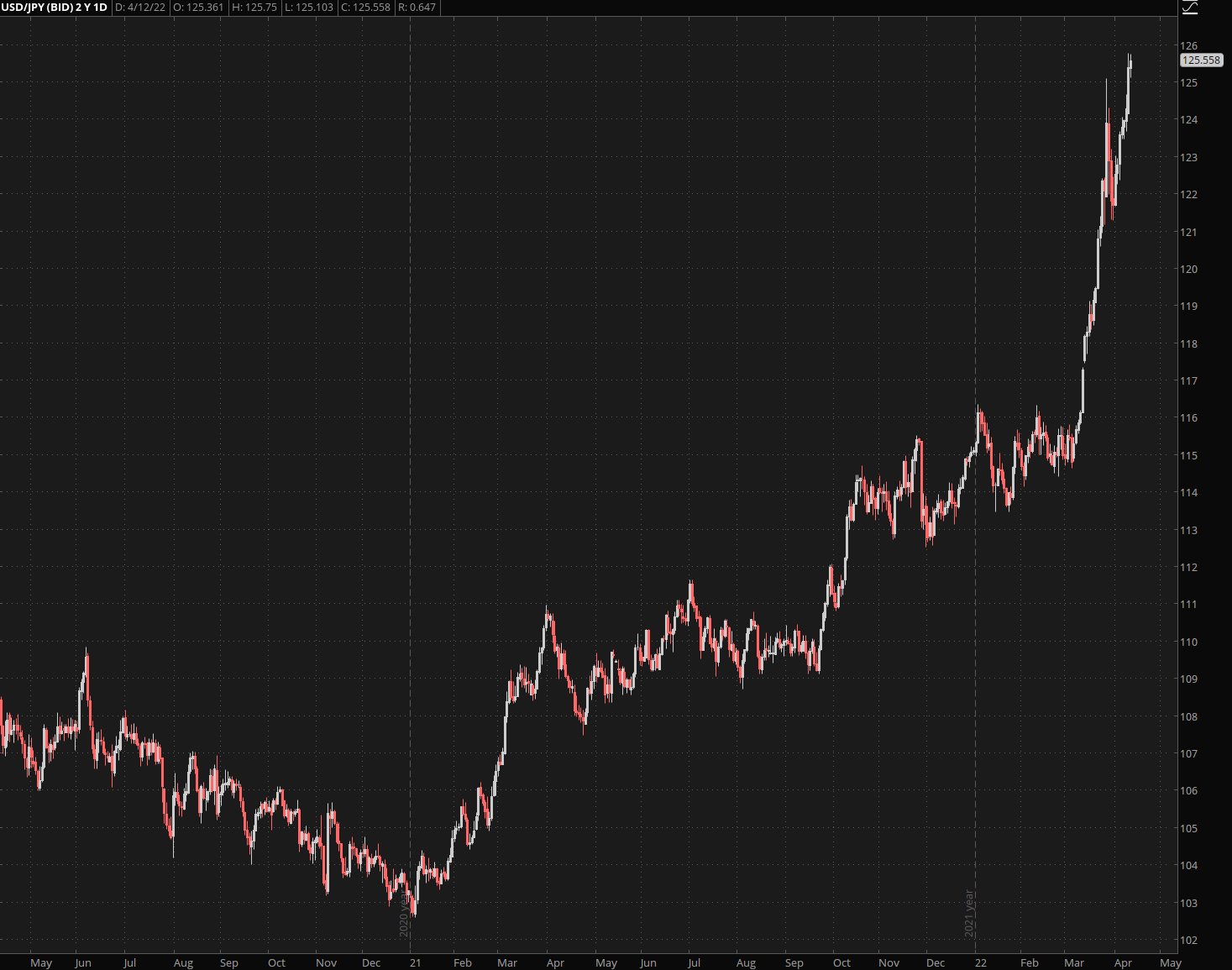 However neither of them can hold a candle to the Yen, which has literally been falling off the proverbial cliff since early March (shown here the USD/JPY which runs inversely to the Yen).