So today it is Mario Draghi’s turn to shake up the markets a little – apparently this week will be our early spring cleaning for the year. We’ve already seen quite a bit of movement ahead of time as traders are locking in profits on various EUR and GBP crosses. Our Heisenberg beta testers already banked some fine coin this morning – more on that below. 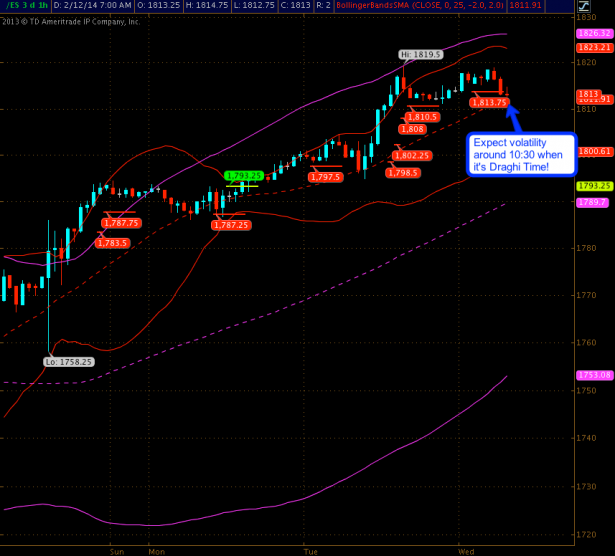 Equities are seemingly relaxed until now. The spoos have slowly descended toward the 25-hour SMA, which thus far has been holding up through two big announcements. So let’s continue to stick with the charts, shall we? 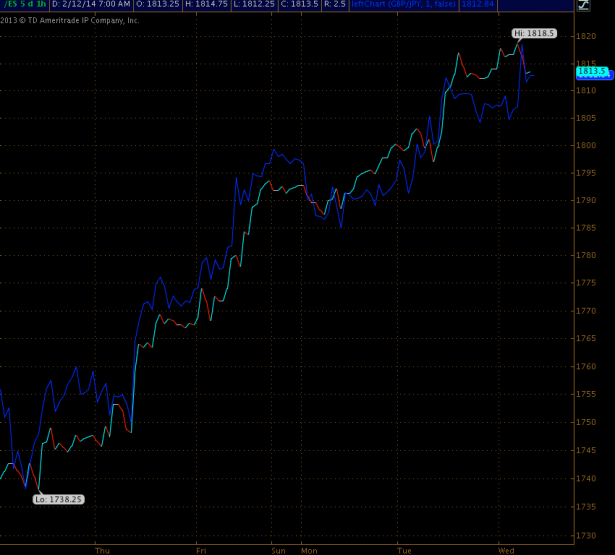 The GBP/JPY is also holding up – it’s one of the popular carry trade pairs right now. On eventful days/weeks like this I always look toward the Forex side first as it’s the big dog wagging equity’s tail.

On the short term trading front I am sitting this morning out as I am already well exposed via our Heisenberg strategies. We’ve seen a lot of activity there since yesterday as Heisenberg is very good at catching outliers. As a matter of fact the entire concept driving Heisenberg is that of retail traders expecting mean reversion and instead being bitch slapped by leptokurtosis. Let’s see some of that in action: 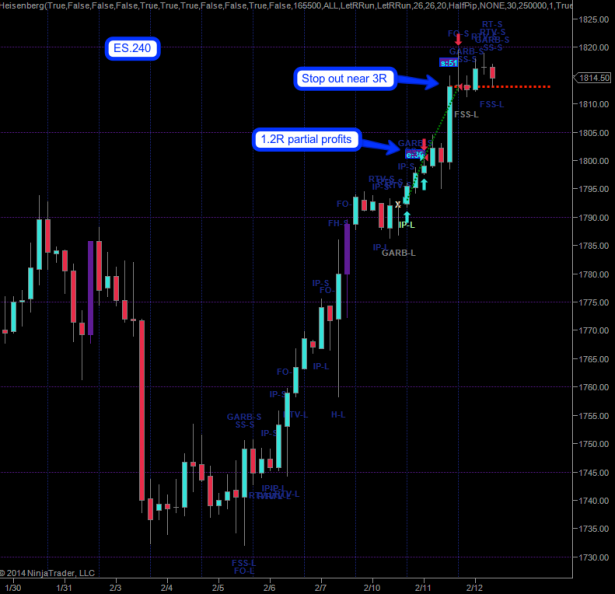 First here’s one that got away yesterday. NinjaTrader was throwing me several curve balls on my production machine and I spent several hours fixing a corrupted database (don’t even get me started). Most of the symbols kept running fine but we weren’t able to load the spoos and missed out on a 3R winner. Very annoying to say the least. But fortunately this morning’s moves on the Forex side already made up for it. 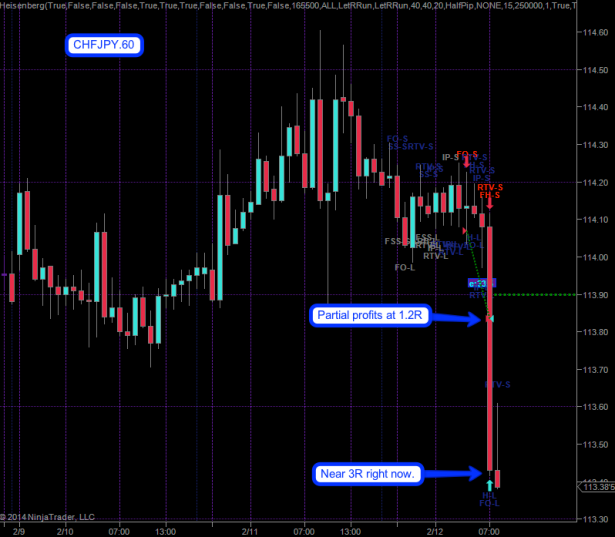 CHFJPY running against the 60 minute chart. Took 25% profits at 1.2R and just actually closed out at 3R. 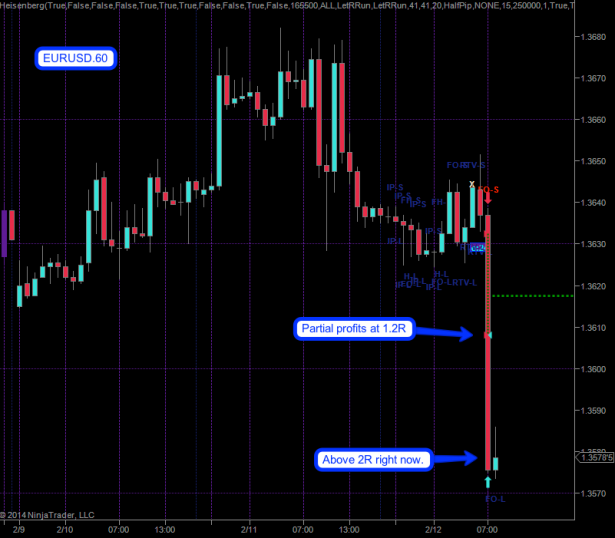 Same on the EURUSD.60, however this one is still in the running. Our stop is currently set to 25% MFE (maximum favorite excursion). If you guys are unfamiliar with the lingo then head over here for some of the basics. 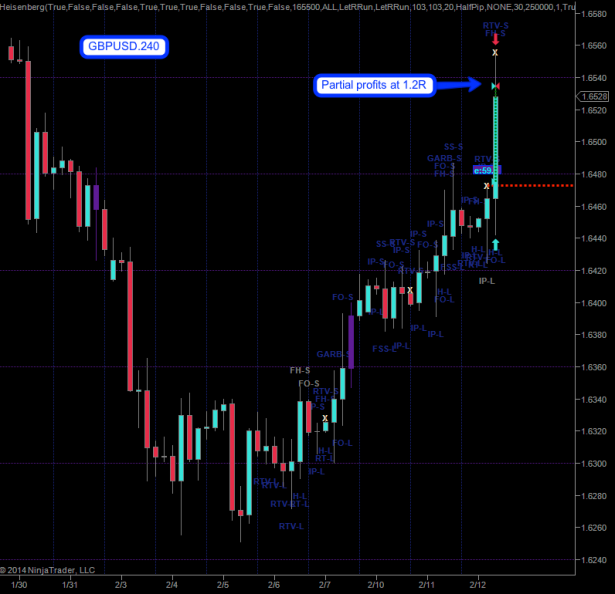 GBPUSD.240 took partial profits at 1.2R – our stop here is still at break even and I expect this campaign to continue for a while unless we see a complete reversal today. 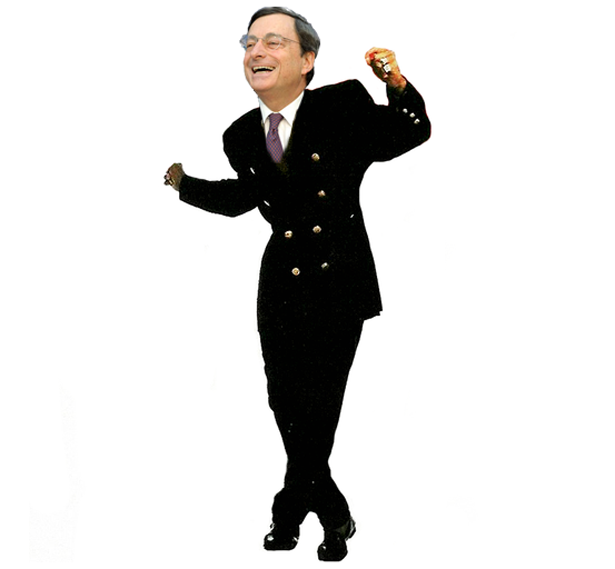 So this morning has been a lot of fun already, which is when you usually step away and don’t push your luck especially ahead of Mario’s big media moment. If you’re interested in automated trading then feel free to sign up for our free Heisenberg beta which is still ongoing. For more details please check out the intro as well as the campaign management example.

Have fun but keep it frosty.