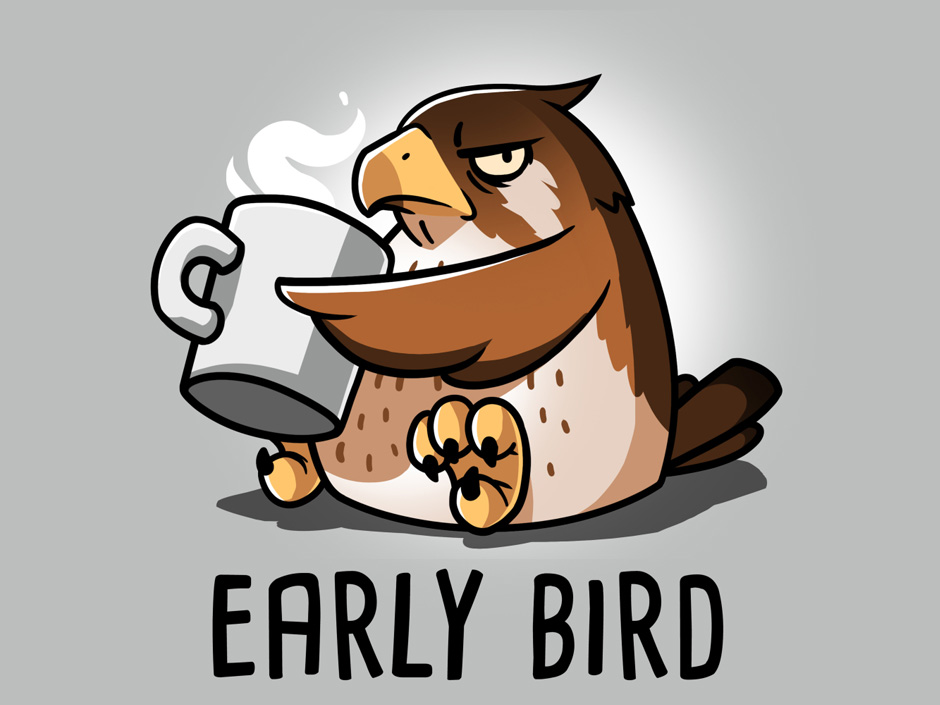 One of the rewards of accumulating more experience as a trader is that I increasingly spend a lot LESS time on my daily trading activities. Over the years many complex tasks have gradually been replaced by muscle memory activities with a lot less thinking involved. This applies in particular to parsing charts, as promising setups usually ‘jump out at me’.

So early last year when I started to produce my Price Action Masterclass I sort of had to reverse engineer some those positronic brain functions. For example why do I use Spike-Lows or Net-Lines and why do I believe they actually offer an edge? 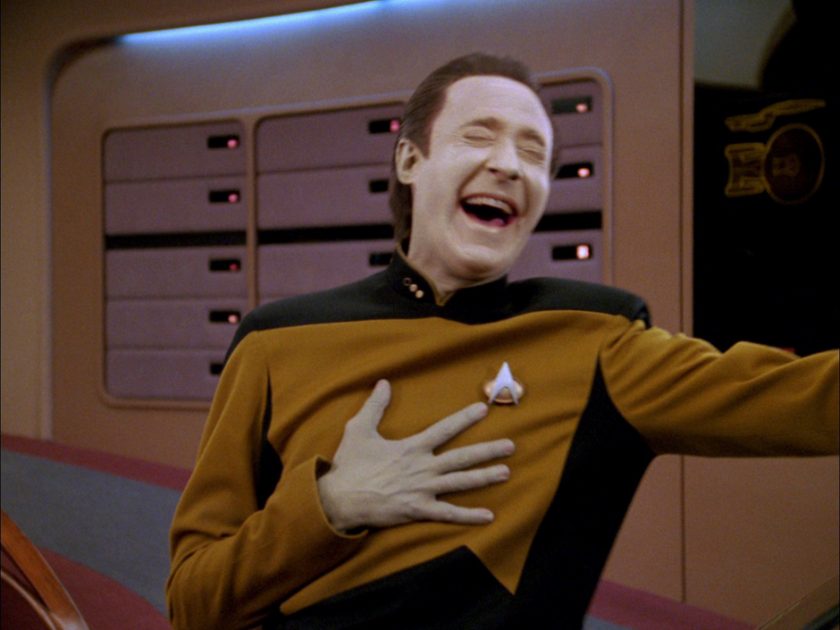 Usually on their own both chart formations offer only a marginal edge (which I actually proved in my System Building Masterclass), but in combination with other technical analysis that edge becomes a lot more consistent and profitable.

As you know I have been posting discretionary entries here for many years now. My win rate (including break/even campaigns) has settled at around 65% which isn’t world class but definitely good enough to parse out a consistent edge.

Now some of the most promising setups appear to form just ahead of the open of the NYSE session which is why I call them ‘early bird entries’. Not for me over here in Europe of course but back when I used to live in L.A. I used to get up at 6:00am back. Tough for me as I’m not really an early morning person – quite the opposite. 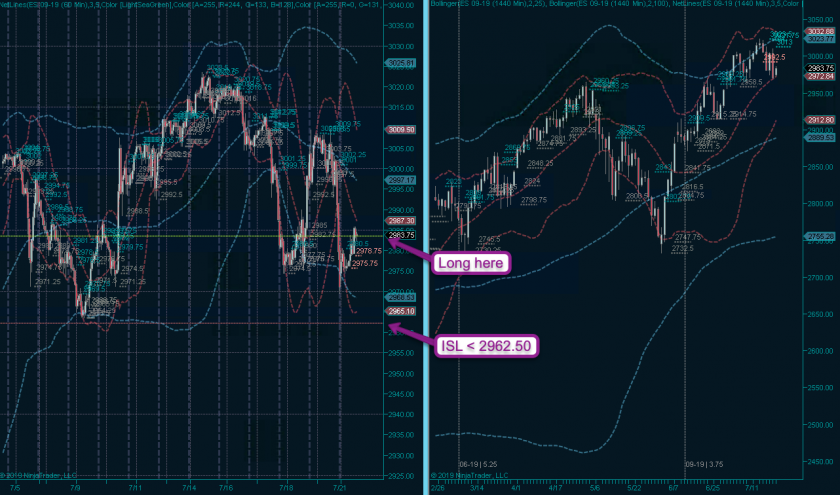 So what jumps out at me when looking at this morning’s E-Mini chart? Well, the hourly panel doesn’t exactly look bullish, does it? One of the first things I noticed is that the daily panel is a lot less volatile than the hourly panel, which seems to be rife with sudden turns followed by shake out reversals.

And that’s exactly why I’m thinking of going long here. The odds are mixed but IF the ongoing trend can reassert itself then a short squeeze higher would be rather profitable for anyone getting exposed here.

What I also like about this setup is that the point of me being proven wrong is only a few handles away. A drop through the current spike low near ES 2963 most likely leads us lower. And that’s usually what I look for when parsing setups – where is the inflation point that proves me wrong?

Again all of this and more is explained in my Price Action Masterclass, so if you haven’t bought it yet then don’t waste any time and get it now. I’ve made it as entertaining as possible and you may just learn a thing or two. 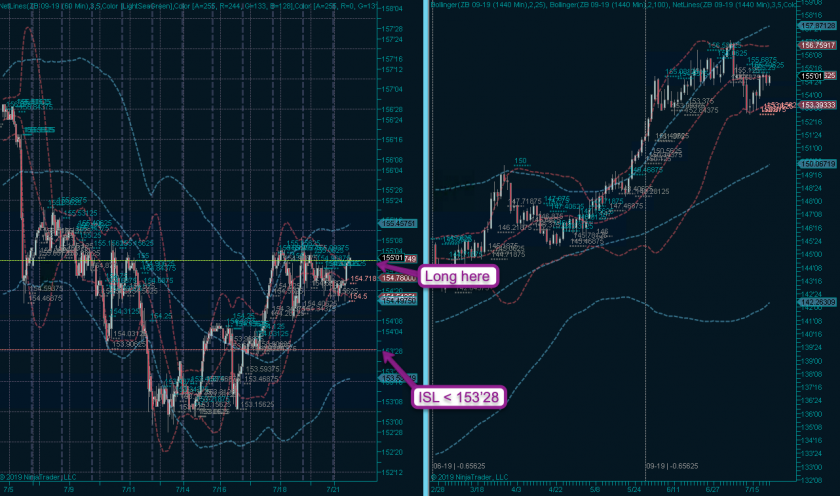 Another early bird entry this morning are the 30-year bond futures.  The situation here is a bit different in that we have sort of an inverted H&S pattern on the hourly panel after a sell off that broke the ongoing trend higher which started in late April of this year.

Clearly a breach through the recent spike low near 153 would break the back of this rally and most likely lead us back lower toward the 150 mark. And that is exactly why I have been looking at an entry opportunity here.

The recent attempts to form a new floor have run into selling pressure near 155. But if it can be overcome then I believe it has the potential to punch higher quickly. So I’m grabbing al long here with a stop < 153’28. 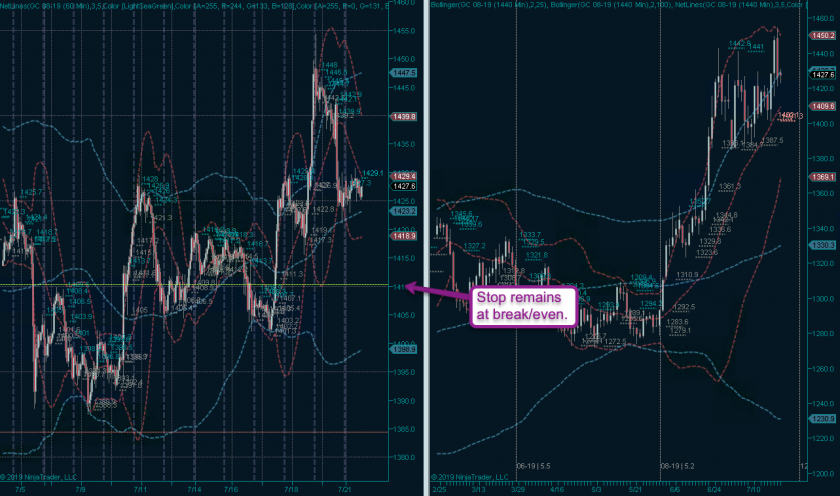 A quick update on my gold campaign: The high volatility whipsaw apparently continues and my stop remains at break/even. Nothing really to do here until this things sorts itself out. 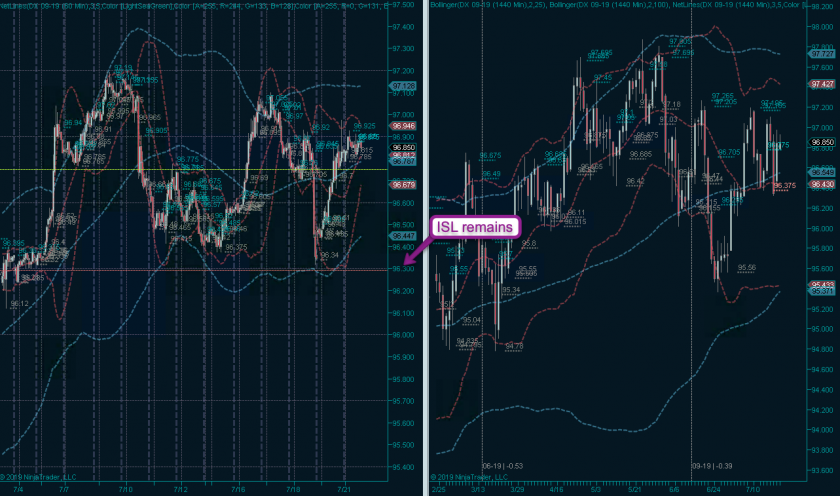 Same idea on my DX campaign. Fortunately price has advanced back above my entry point but for now my stop remains where it is as another stab lower cannot be ruled out.