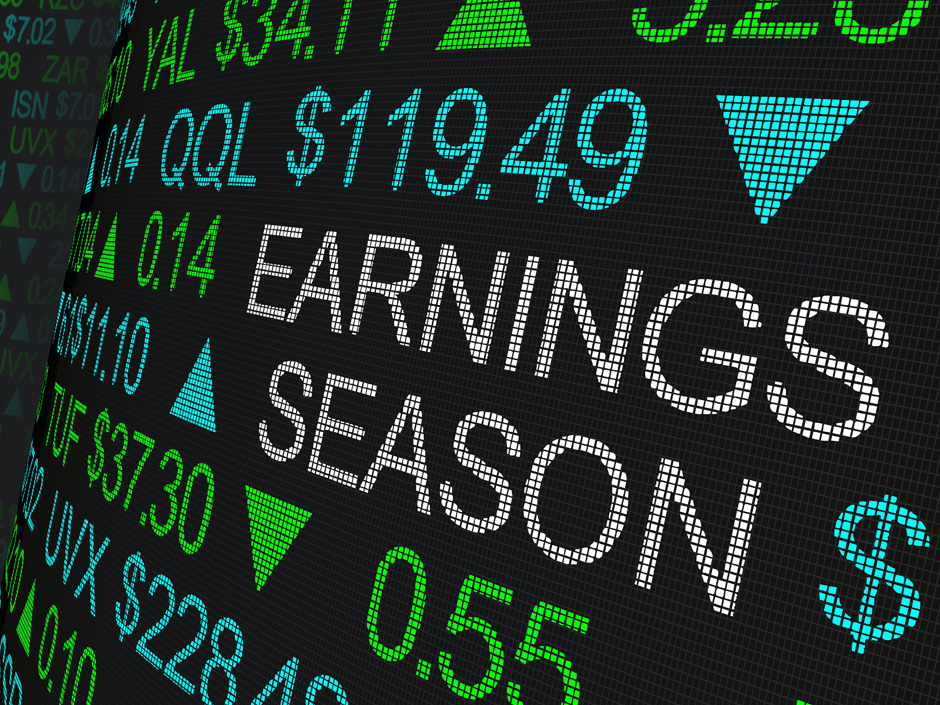 Earnings season is heating up and I am brimming in anticipation of several tech giants due to report sometime next week. Yesterday I showed you my monsters of tech composite (subs only – sign up now) and how it has been subject of sector rotation plays of various bot farms milking high realized and implied volatility at maximum. They are all due to report next week, so let’s see which way I may be tempted to swing my bat: 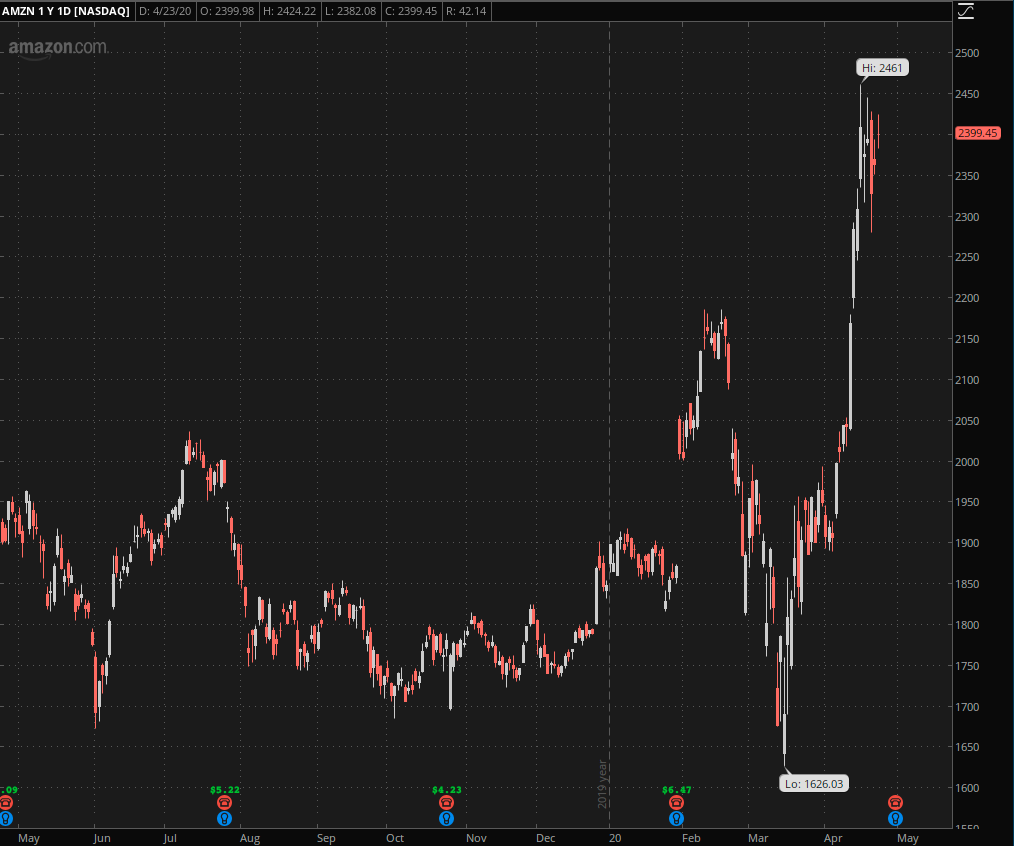 AMZN clearly has benefitted from the economic shut-down – or at least that’s the perception. What I can tell you from over here in Europe is that half the products I was interested in ordering were unavailable, although to its credit Amazon is the only vendor that’s actually capable of delivering reliably and on time. I have a dozen packages from other vendors that have been stuck in customs or even abroad for over a month now.

Be this as it may – implied volatility in next week’s expiration clearly favors the calls plus I think even a positive earnings announcement has been priced in. Verdict: short position. 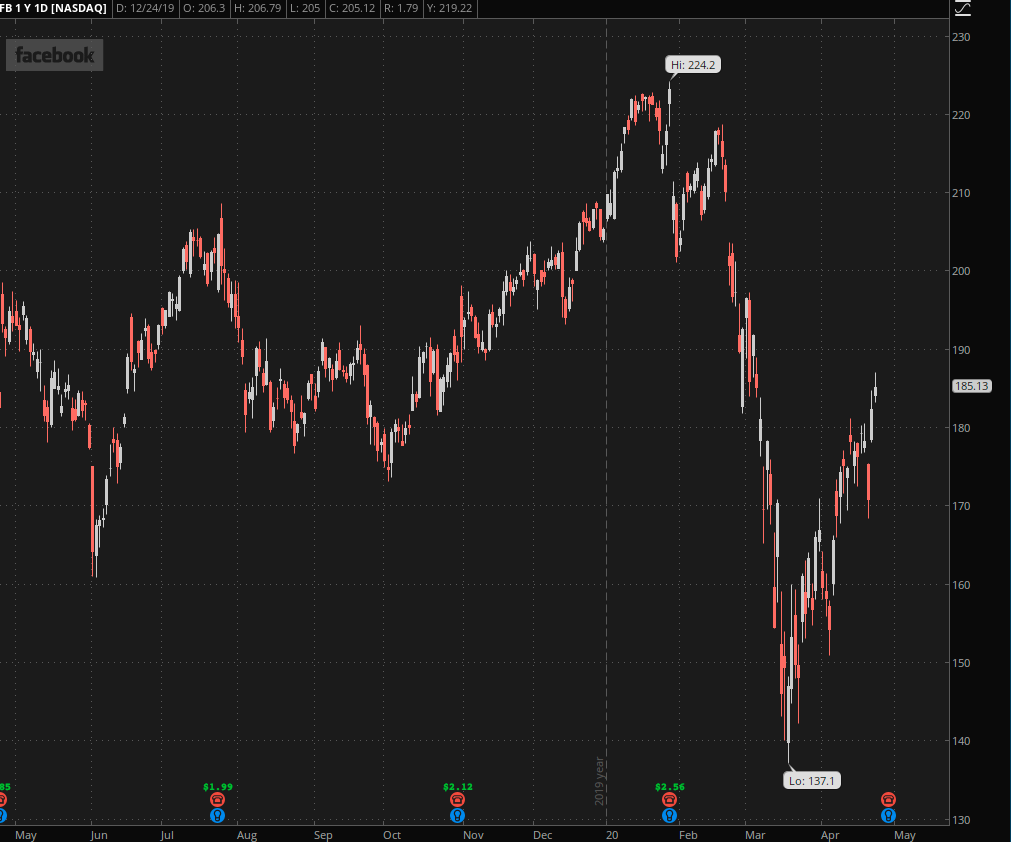 Facebook is rumored to be panicking regarding its loss of earnings. However IV clearly favors the put side so my verdict is: Long position. Yes I will probably hate myself in the morning. 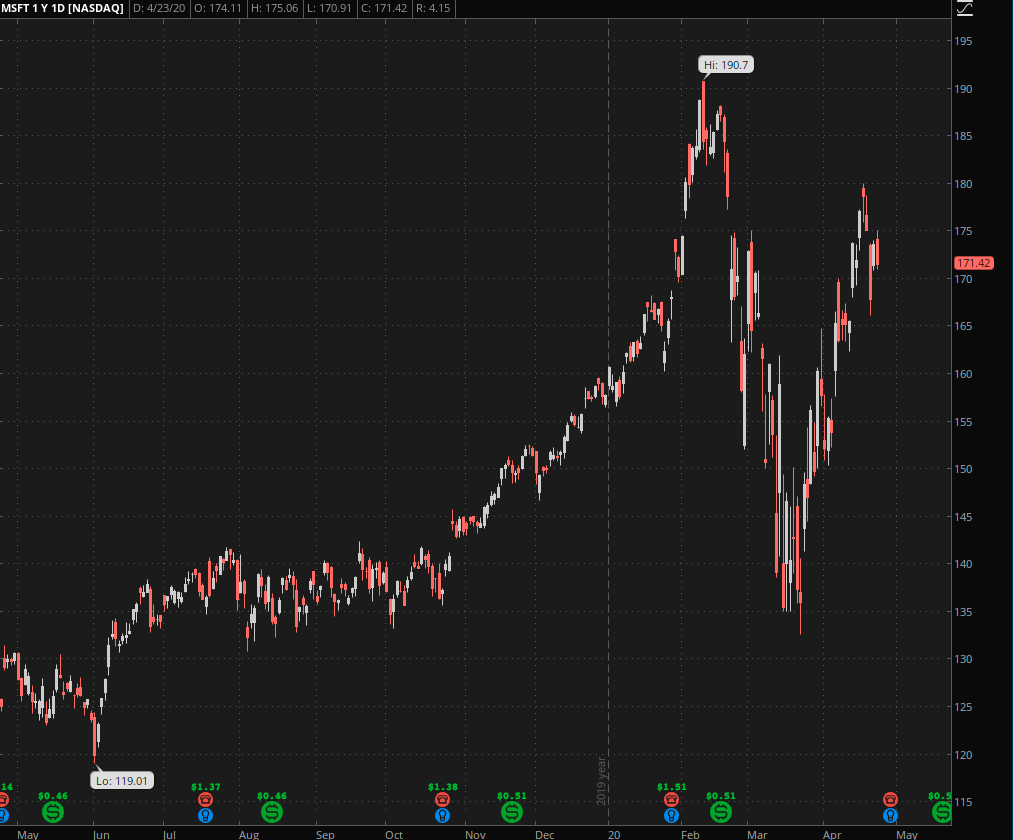 MSFT – wow, quite a delta between IV on the call and put side. Verdict short position. 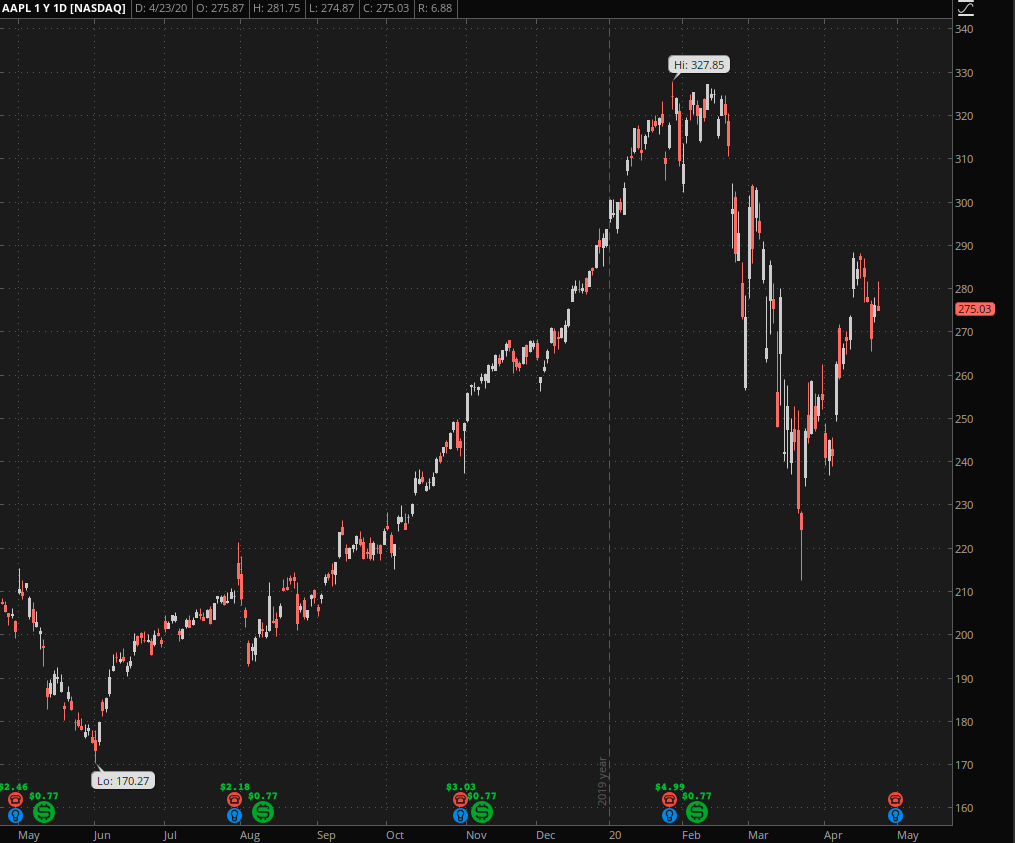 One more freebie: AAPL is a bit of a toss-up in terms of IV SKEW but I’m sticking with the theme and thus the verdict is: Short position.

A LOT more short victims below the fold for my intrepid subs: