I’m counting yet another up day since the RUT and the NDX closed up for the day. The Dow finished down by 35 points and the SPX by half a point – BFD! 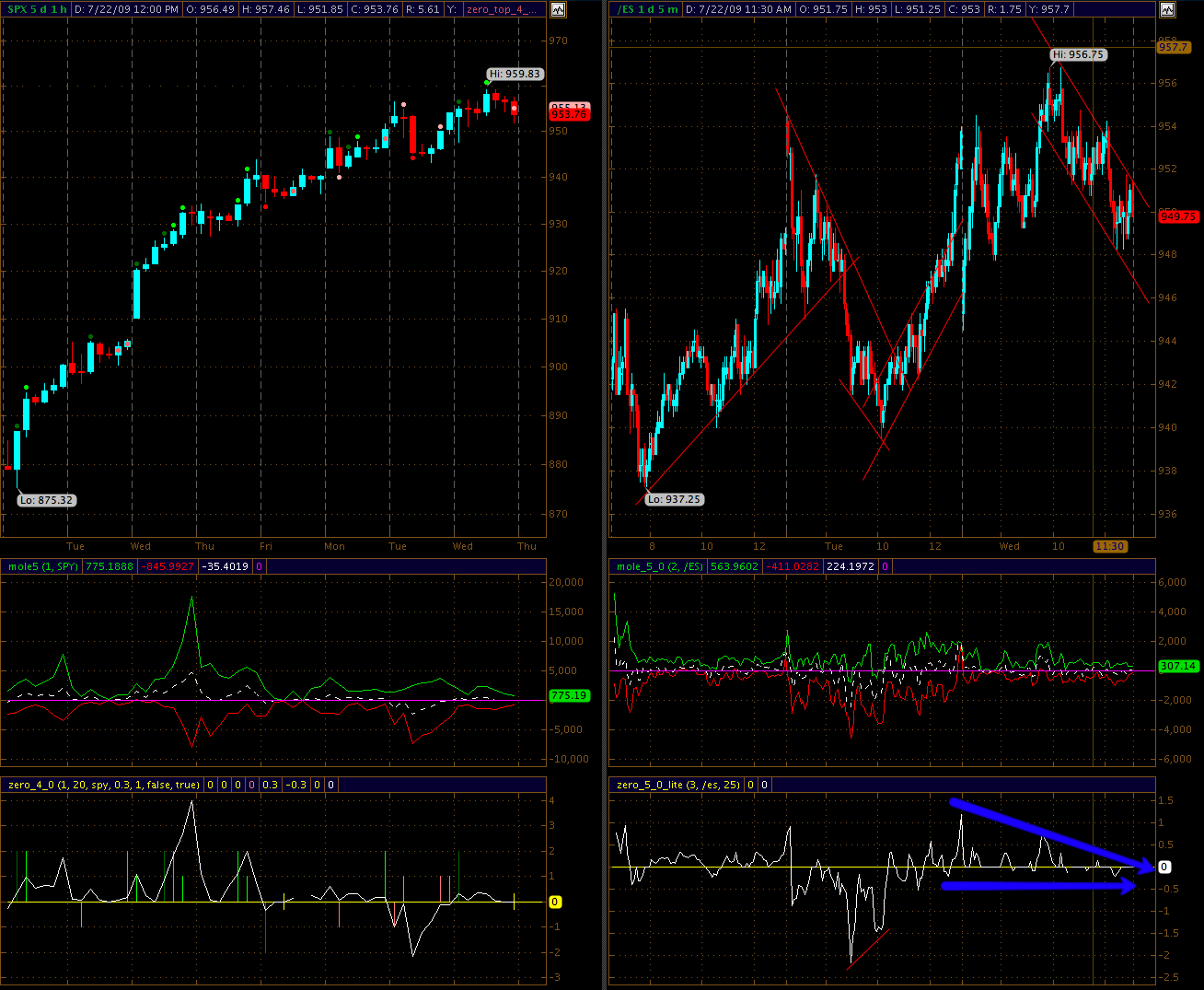 The pattern on the Zero Lite today was very strange at the EOD – also look at the Mole Lite’s bubble – this does not look like last hour tape to me. Could it be that we are running out of suckers to sell to? It seems that sheer greed keeps the masters of the universe from doing the same but one way or the other this thing is going to resolve itself. See, that’s what happens when you kill off all the bears within one week – nobody’s stupid enough to keep getting stopped out on the way up (well, almost nobody – ahem). Right now the NQ is getting sold off like mofo – quite entertaining to watch actually.

Well, I won’t get my hopes up too much – that much I’ve learned in the past week. Although I am elated to see some green numbers in my account again while we got another green daily candle on the NDX and the RUT.

Disclosure: There were actually two winning trades – let me explain. On the second trade my NinjaTrader strategy (which sends the alerts) did not close its position once the target was reached  – it did not get a bid as it happened too quickly. So it held until the EOD and theoretically closed at a loss. However, Eric’s control system exited a few minutes after the entry and I sent everyone an email to close out right away. Thus I am counting that trade as neutral – but I’m sure everyone got out at profit or at the very minimum at break/even.

I will be traveling Friday morning until Sunday night. Thus I will be unable to participate on the blog on Friday – I hope you guys won’t miss me too much. Fujisan will most likely post some comment cleaners and hopefully some of her own analysis that day – I completely leave it up to her as it’s voluntary.

Alright, I might chime in later this afternoon – heading to the gym now.