We seem to be normalizing a little as we’re finally painting some distance from last year’s holiday marathon. Just to stick it to the Mole one last time Monday will be an official día de fiesta here in Spain and other catholic European backwaters. But that won’t deter me from inflicting maximum pain on any poor soul caught on the opposite end of my trades. Enough is enough and it’s time for the Mole to get his hands bloody again. I miss the sound of my own laughter as I watch hapless retail schmucks cry out in terror whilst watching their accounts melt away like early spring snow in the glaring sun. Not that I would have to wait around for the latter – it printed 20 degrees Celsius today over here (~68F) and that’s simply ridiculous in January – even for Spain! 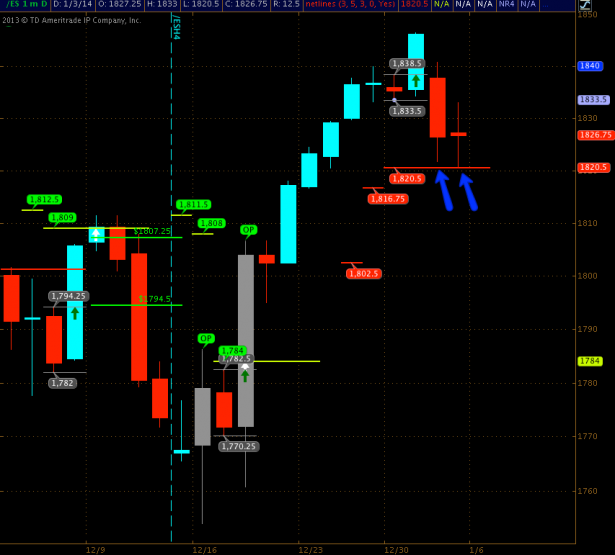 Invariably the bears were thinking P3 again yesterday as the spoos were descending toward a daily NLSL. However that one appears to be holding up just fine thus far and so the bears get to be miserable for another day. 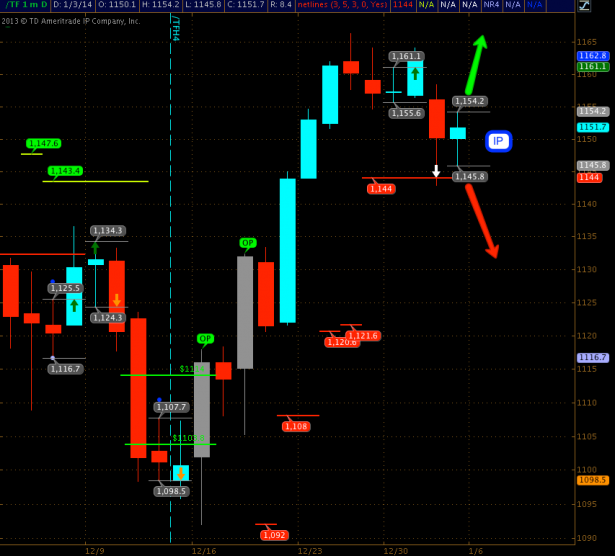 Besides on the TF we actually got ourselves a bonafide setup which I will be watching closely starting later tonight. But don’t let that keep you from perusing half a dozen trading blogs in order to find sufficient reasons to take the over leveraged trades you already took on earlier today. Be my guest – we need you guys around as the market is a zero sum game and it takes your collective misfortunes to finance the Mole’s extravagant lifestyle.

Anyway, to make a long story short – if you want to play equities then RUT or TF is your best bet today. We’ve got a neat inside day and it’s looking even better on the RUT, leaving the door open to either direction.